Parts for Lock BD.4360 are difficult to find, but gradually some parts “pop up” from various suppliers. Yes, you can order a complete and new replacement lock, but this is a modern version that doesn’t resemble the old one at all. But better something than nothing at all…

It’s a long way from Southern California but this would probably help.
The extra barrel matches the key.
f8driver@pacbell.net 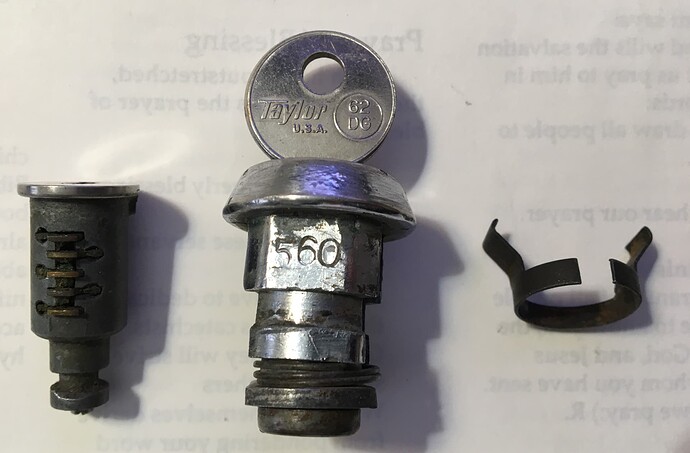 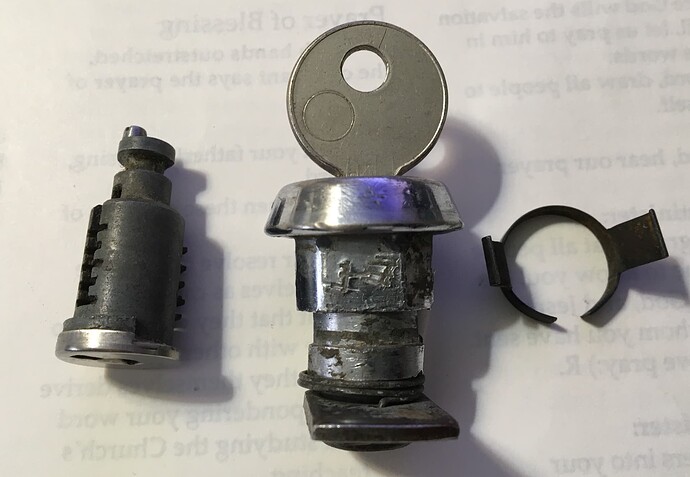 This is from the Mark V SPC but the parts may be the same.

Spare Parts Catalogue J.8 doesn’t appear to have a seperate listing for the filler cap barrel but J.11 does have it listed as BD.3039 but without the additional WB information.

So does that mean the barrel is WB.7/2420 or is that the WB part number for the total assembly? 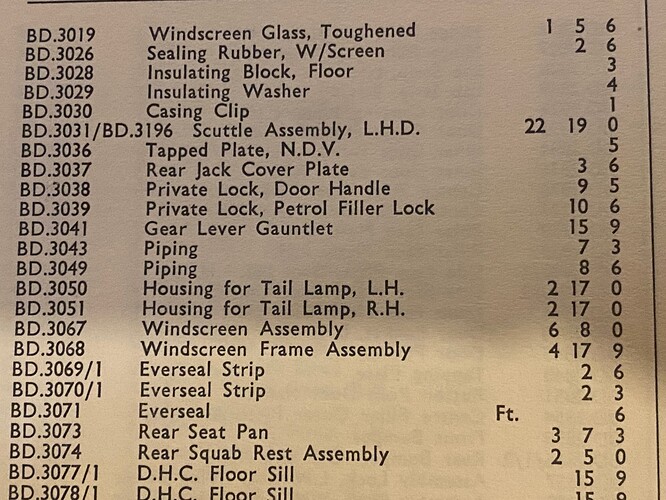 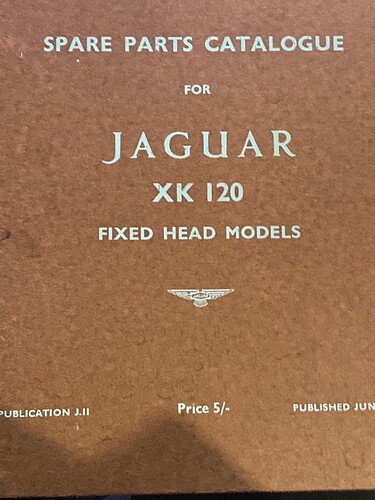 I see you’ve two of them: I guess the lower pic shows an FNR 17 barrel and key whereas the upper pic shows a later FA 560 version. Correct?
Will send you a PM.

So the Mk V had a Barrel coded BD.3039 for the Petrol Filler Lock. Jaguar indicates WB.7/2420 as the corresponding Wilmot Breeden part number and this Barrel uses an FNR key. Is the XK 120 Petrol Filler Lock identical or even better could we use that Barrel number for the XK 120 as well?

I guess (the often referred to) Petrol Filler Lock Assembly BD.4360 was probably introduced in the reprint of the XK 120 SPC as issued in 1958 and is in fact the XK 140 version of the same lock.

The Mk V SPC also refers to a “Return Spring for Lock” BD.2165 but that probably refers to the earlier MkV door locks BD.2129 and/or BD.2883. Did these Mk V door locks possibly have a similar construction as the lock for the “Petrol Filler Lid” and used the same return spring?

Yes Steve, also much to my surprise the Spring Clip is available again (although only UK stock and “Special Order” for me).

Looking at my J.11 again it occurs to me now I may have muddied the waters.

The page above that I photographed is from J.12 Master Parts Price List thats in the same binder as my J.11. Am I correct in thinking that in fact applies to all available parts across all Jaguars models at that point in time? 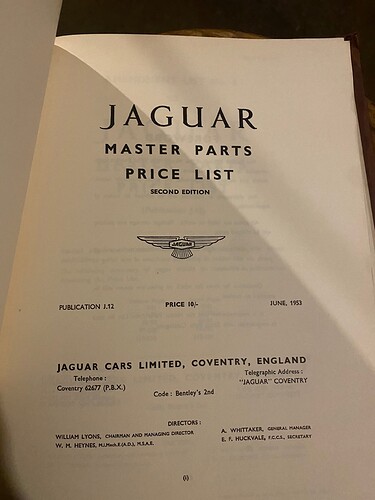 As for the actual J.11 parts listing. This is all I can see.

So, exactly the same as the J.8 listing. 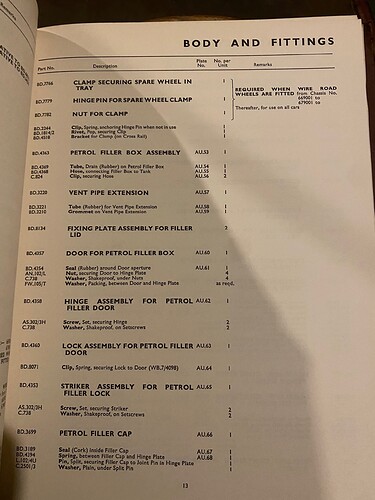 I have a few petrol filler caps, and a big bunch of keys

Although it may be of little interest to XK folk, I also have all the parts required to repair a MK7 filler box, which are notorious for getting a blocked drain hole, then water sits in the filler box, and rots the hinge (in a vehicle that has been allowed to sit outside neglected for any amount of time)

It appears these part numbers are not the same as XK120, (as one would expect), although a similar problem may exist on XK (I know it does on later saloons such as MKX and XJ)

The lower picture is simply the opposite side of the same fitting.

I can’t explain the different numbering.

I thought I read the number 17 on the opposite side and thought that would be number FNR17 which key number is also used on the XK 120. I do have another FA barrel in stock. Sorry for the inconvenience.

Springs are usually made of what is known in the trade as music wire
Amazon has music wire if you want to try making it yourself, wrapping it around a 1/2" bar.
McMaster-Carr has a pretty good assortment and some explanation of spring design. 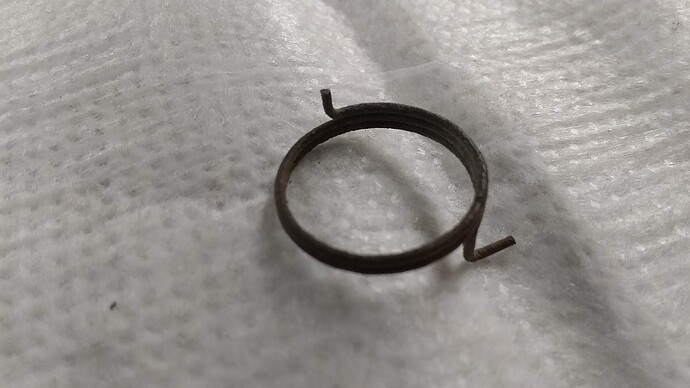 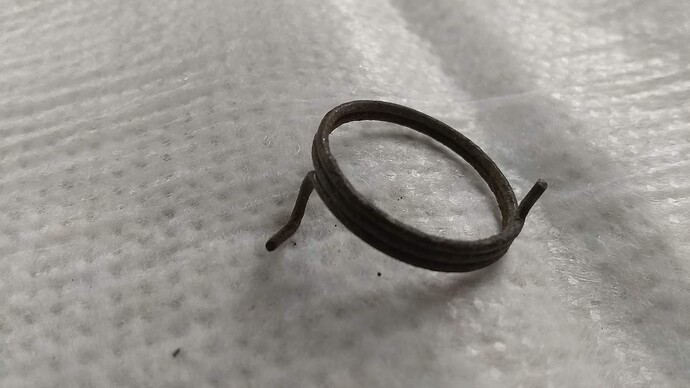 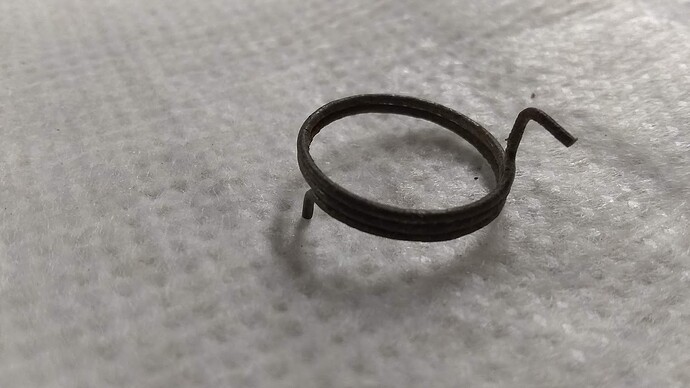 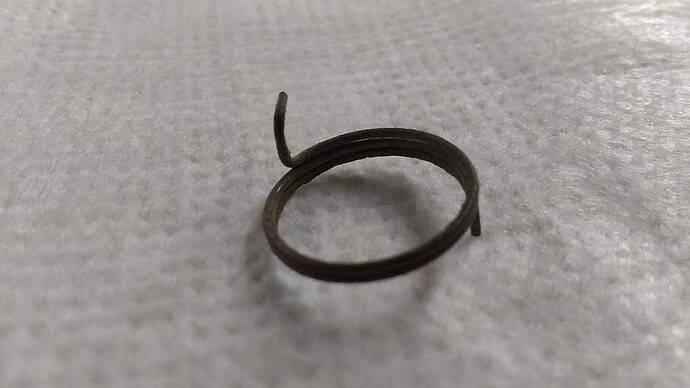 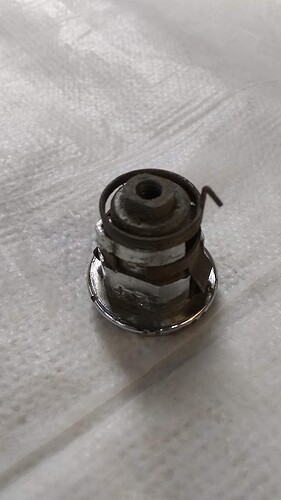 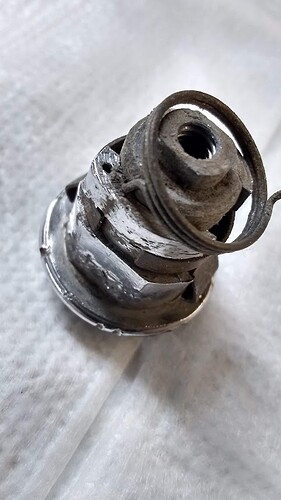 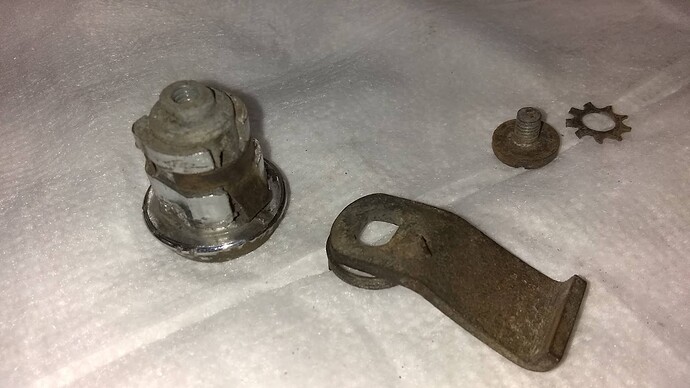 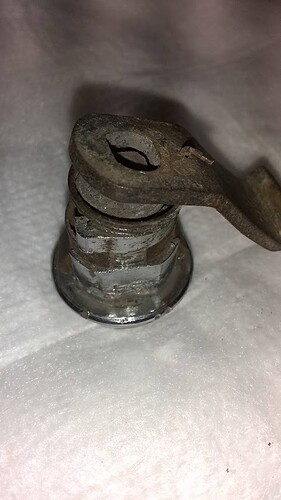 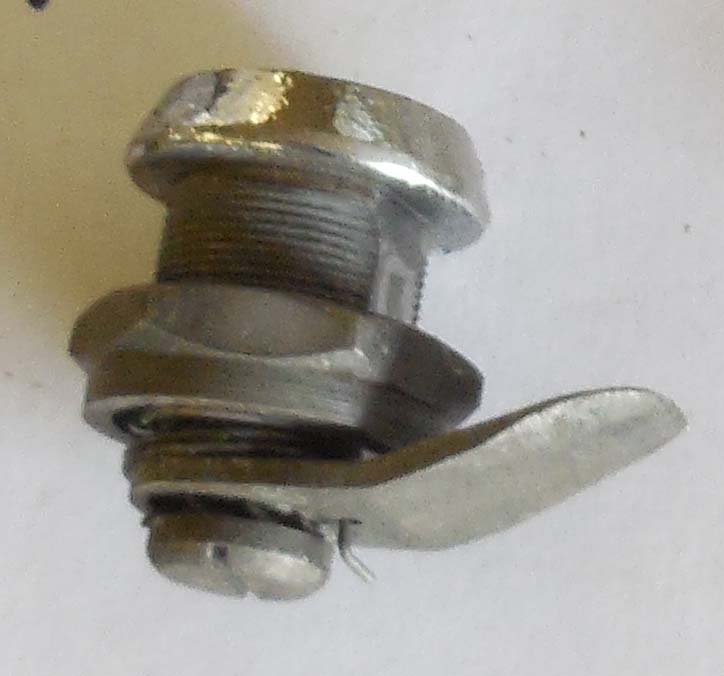 Thanks for the excellent description of the Return Spring. So, may we assume now that the XK 120 (and 140 and 150) used this Return Spring BD.2165? All dimensions seem to fit w.r.t. the complete BD.3640 or the later BD.4360 Petrol Filler Lock.
However, I see that your last 2 pictures show a lock that has a slightly different lever/cam than mine (see pic below). But also the Lock shown by Viart in his sketch has yet another cam.
Or are your pictures referring to the original Jaguar Mk V Petrol Filler Lid Lock?
The Lock shown by Viart (see also the sketch in my first contribution) may refer to the original XK 120 Lock with Jaguar part number BD.3640 whereas mine is the later (XK 140 introduced?) Lock BD.4360… In short: still some (or many) questions. 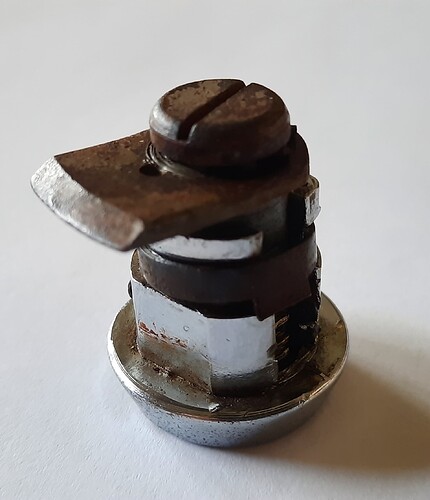 Just to understand your question to Rob: is this the original Lock that was on your 1949 XK 120? Or is this already a later (modified) replacement lock with the large nut (similar to the modern replacements: see pic below)? 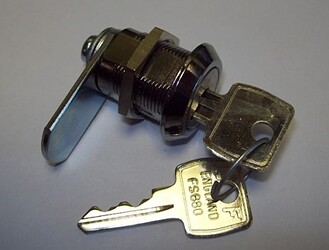 My pictures are of a Mark V lock, which you just push in and is held in by springy fingers.
The long tab held on by the pan head screw is for Mark V. 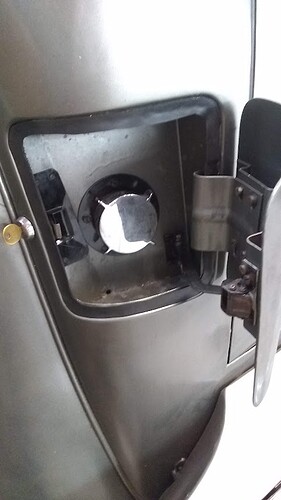 My guess is that the torsion spring would be the same for all versions.
The different tabs presumably account for the different assembly part numbers, and can easily be changed.
Mike’s has a threaded nut, so is a different body altogether.

Early MK7 item, probably a '51, sorry about the poor photo

seems to be the same

which brings me to the question of keys

I watched a Youtube, it was those Pakistani guys, they super specialise in every aspect of auto repair. I watched a guy do a lock in amazingly quick time, using all the spare parts he had to make it match the key

Bob,
My photo is of the original BD3640 lock removed from 670088. I have 2 different replacements (repros) from Happich and Ashwater but would like to find an original replacement for my other alloy car.

The locks generally had just a 1, 2 or 3 numeral code stamped on them.
The keys had letter codes to indicate the cross sectional shape, MRN, FA, FNR, FP etc.
FNR ran from 1 to 25
FP ran from 650 to 675
FW ran from 500 to 525
Well, something like that anyway.
In the US there is a shop called Triple-C that sells keys and will probably buy any old orphan Wilmot Breeden Union keys.