Longest Trip on Your Saloon

Just curious, I’m about to embark on a 800 mile round trip to Seabrook Tx to enter the old girl in the Keels and Wheels Concours dElegance Show and was wondering what is the longest distance you have driven your saloon? 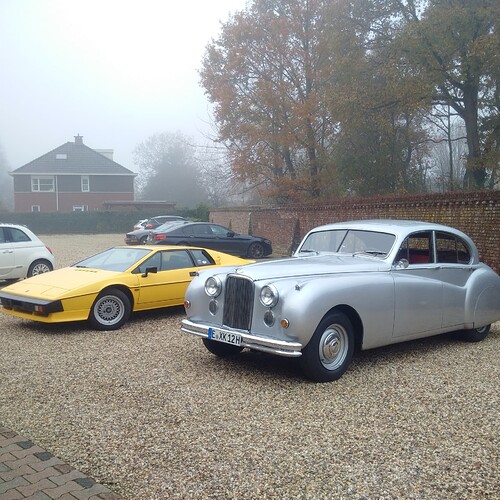 Melbourne to Sydney - circa 900km. This as a just purchased Mk2 at auction, unknown quantity. Never missed a beat.
Also +4000km in our '72 XJ6 - Sydney to Hobart, Tasmania and return. No dramas. Enjoy. Paul.

Nice. Im a little apprehensive about the trip since I will be traveling through Houston Texas. The thought of being in the middle lane on a 6 lane highway in backed up traffic and you feel the engine shutter a bit or see the temperature creep up. It’s an adventure for sure.

It’s an adventure for sure.

“Life is a daring adventure, or nothing at all.”

Berkeley Ca to Tahlequah OK when I bought my 1965 S-Type. 1800 miles, I flew out commercial and the owner met me at the airport. He had owned the car for 10years and when I asked him how much he had driven the car, he said " about as much as you are going to drive in the next three days". He had replaced the transmission with a 700R4, makes for a great road car.

I’ve done the 8,800 miles (round trip) from Wasilla, Alaska down to St. Louis in my '85 XJ6 without a single problem, and I’ve done the same trip in my '69 E-type 3 times. The XK engine is a rock solid engine, every bit as dependable as anything from Detroit.

petrol garage and back. 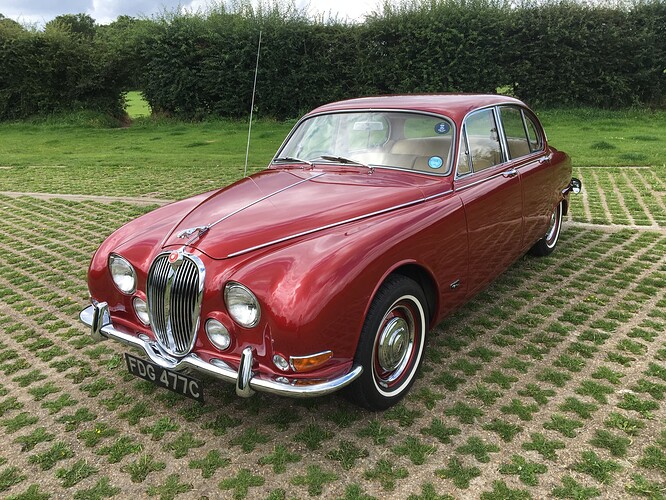 All good stories. Enjoying reading all of them.

Wow these are all impressive! I did 120 miles each way in rural North Carolina and that felt like an adventure. The car did wonderfully, the faster I went the happier it was!

I tegularly do 350 miles between my houses in XKs, E-types, 420G and Mk9.
I once had a modern starter die after a pause after 150 miles. Push started it and continued. When at my other house it would’t start after turning the engine off, BUT the next morning it was fine. Very strange. Has been fine since but have only done 30 min drives.

My 3.8 Mk2 mod managed just under 500 miles in a round trip from Goudhurst to Sheffield in November. It returned 25.1 imperial too and if there hadnt been a 45 minute standstill on the M25 would have done a bit more

I think that this is a common issue with the modern starters.
I‘ve done about 1000km each way with a quite tired XJ6 and it did very well. They like long trips.

Ive done several 260 mile round trips from Los Angeles to San Diego over the years for their annual concours events in my 1967 Mark 2 3.4 equipped from the factory with all synchro gearbox & overdrive. Save for the one time the generator failed in August 1997 the car functioned trouble free with average fuel consumption at 21 miles per US gallon.

In the last 15 years, 541 miles Brisbane California to Eugene, Oregon mid winter when relocating to Oregon. 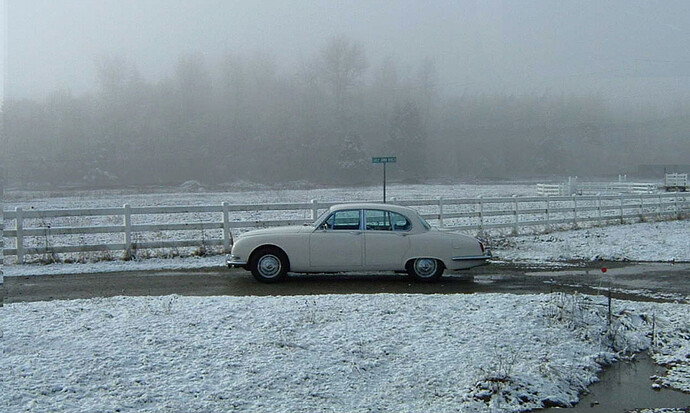 On the other extreme - my only - so the longest “trip” in Jag was a 20 meter-one while being manually pushed off from delivery truck.

And it was already 2 years ago ! Still expecting more, perhaps this year … ?