I searched the archives of this forum but did not find where anybody had reported doing this job before on an S-Type. I did mine a few days ago.

The lower ball joint is pressed into the upright part which is called a steering knuckle or wheel knuckle. I don’t understand why they couldn’t have used simple bolt-in ball joints like a Volvo 740. It would have made the job so much simpler. Ford saving a few dollars I suppose.

You can buy the ball joint separately or included already pressed into the knuckle. I made the mistake of buying only the ball joints, Uro part XR841215J at about $24 each from Rock Auto. I don’t recommend this unless you have an H-frame hydraulic press. If I ever do this again I will buy the knuckle and ball joint pre-assembled at about $85 each.

The ball joint is really tight in the knuckle. They were so tight it turned a 2 hour job into a 6 hour job. I did this on my brother’s 2 post lift which at least saved our backs.

Remove wheel, caliper, disc, ABS connection, hub. The hubs may be really tight; fortunately I had replaced mine a couple of years ago so they came out easy enough. 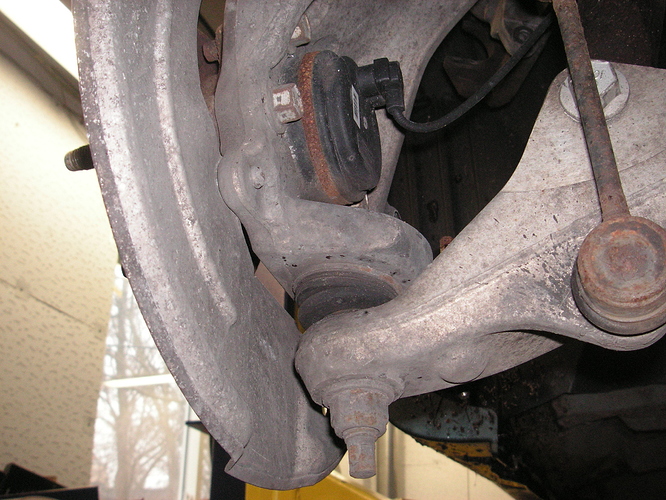 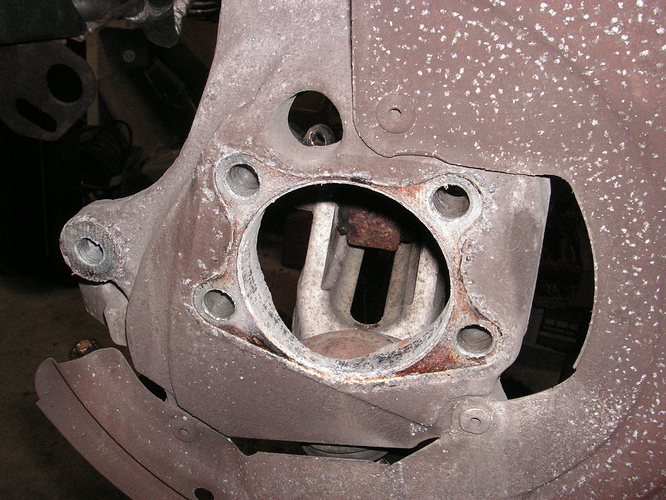 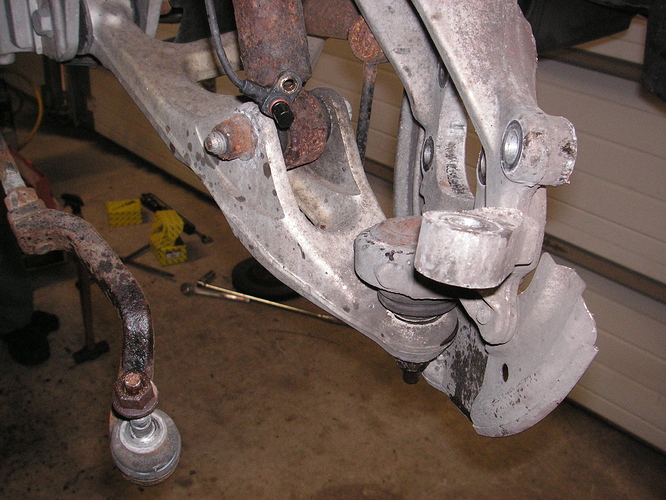 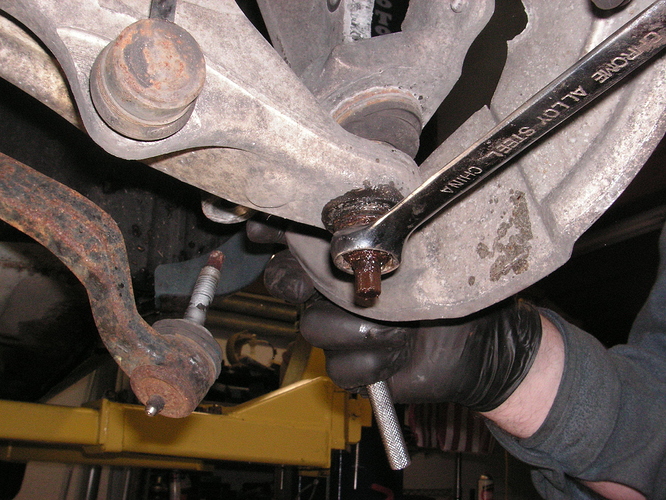 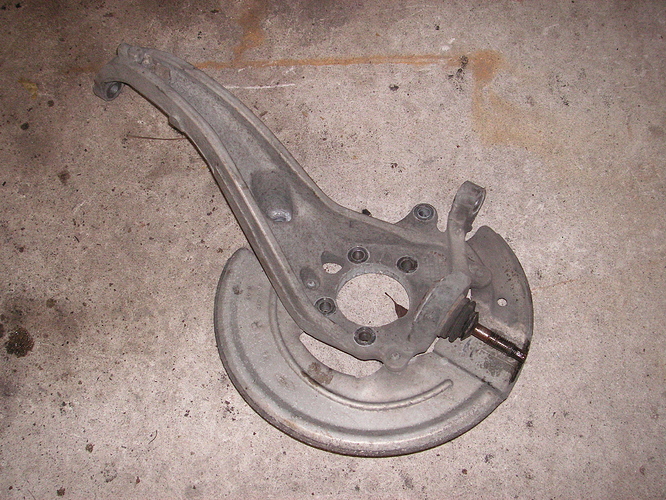 The brake shield gets in the way, so drill out the 3 rivets. 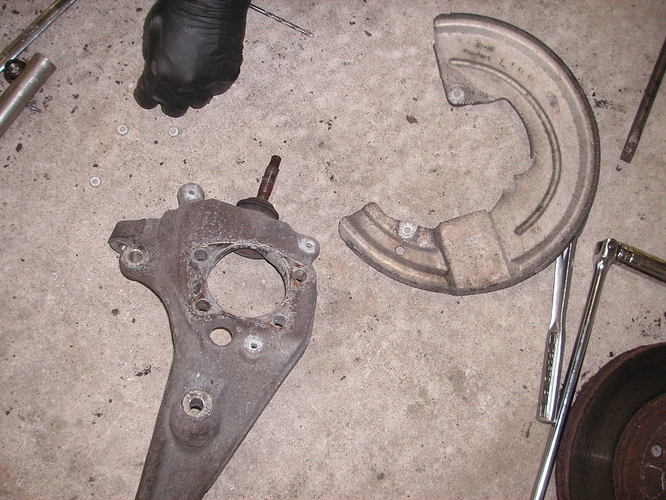 We needed the oxy-acetylene torch to heat up the knuckle so we could hammer out the old ball joints. 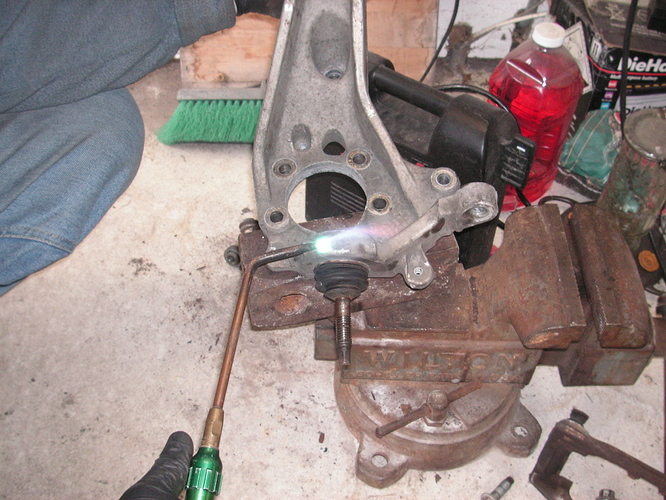 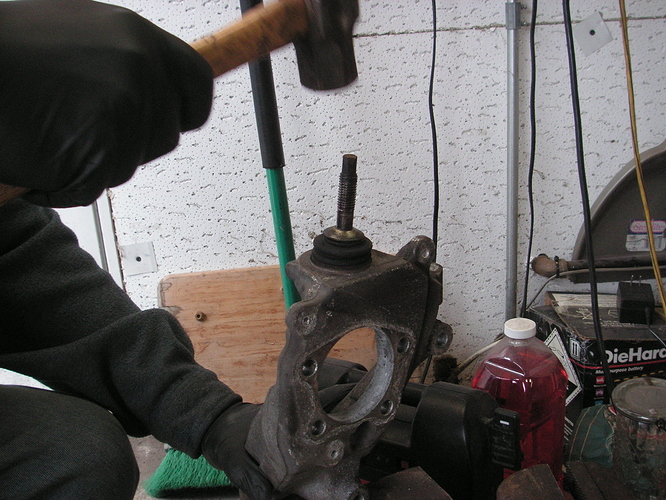 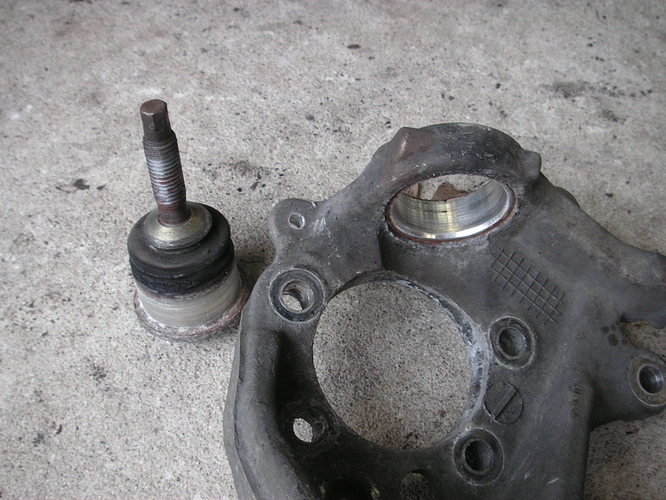 Pressing in the new ball joints, we first tried a big old Wilton vise, but only succeeded in bending it. We tried heating the knuckle with the torch but that didn’t seem to do any good. We rented a ball joint pressing c-clamp, which was not big enough with the adapters included, so we had to cut some short lengths of pipe to make it work. Even then, it was really hard to keep the new ball joint straight as it went in, and it took a lot of strongarm on a cheater bar to get them in.

I am not sure this knuckle would fit in an H-frame hydraulic press because of the curve, but that is probably how the factory did them, with some sort of fixturing setup. 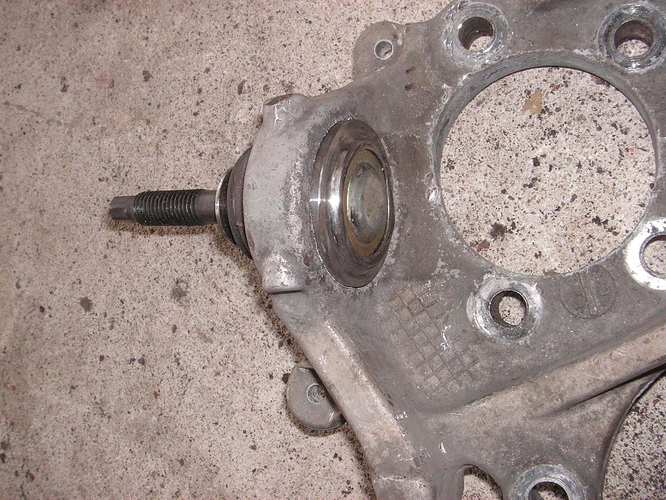 Done! Or rather, the halfway point.

It would help if you included a MY.
This is the vertical link for the X200. The later X202 is different in that the ball joint is installed completely opposite. The ball joint is pressed in from the BOTTOM (pointing UP) on the later cars.

Good pics and description for the earlier cars!!!