Hi everyone – curious if anyone has ever lowered a Mk2 rear end by putting spacers under the front spring pad mount (circled in pic below). Given the Mk2 spring design it would seem like this would allow the rear of the spring to pivot up slightly thus lowering the ride height. Not looking to bring it down a lot, just enough to match what I plan to do in the front. 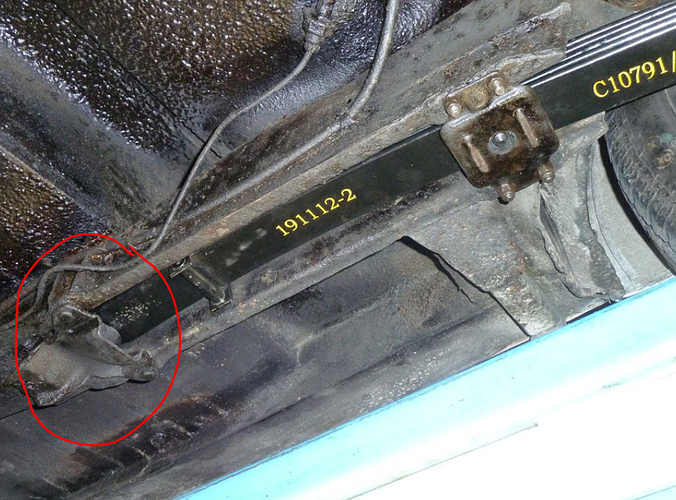 Similar question…I have a Mk1 with what looks like a Mk2 rear suspension. Is there anyway to move the whole axle forward (without major cutting)? The back of the wheels are within 1/4" of hitting the spats, but I have all kinds of room in front of the wheel. Attached is the best picture I have, but you get the general idea. JS

What does the bottom of the car look like, and what gearbox have you got?

Does it look like this from both sides? Could be broken pit-man arm or mounts on the blue car?

On the blue Mk1, its the same on both sides…Ive already dropped the axle and replaced everything. It has a 4 speed overdrive and can cruise all day long at 90+ (and straight as an arrow). The only issue is that if I corner real sharp, the rear wheels will rub. It has standard 15" wheels with 185R15s. Just bugs me that it have plenty of extra room in front of the rear wheels, with no way that I can see to adjust anything forward or back.

As for lowering the back , would fitting a spacer at the back lower the body ,spacer between the rubber mounting and spring , would need longer bolts think I would look there first , as its bolted together !

As for the MK1 ,found a picture , wheel looks like it is set back !
To move it forward would take some work , tie bars , prop , and the spring mounting points , back or front .
Is the wheel base right ?
The MK2 Axle is around 3 inches wider , that could be why its rubbing ! 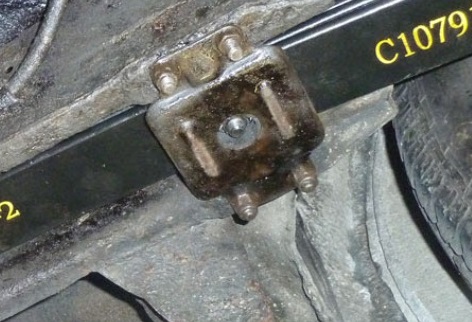 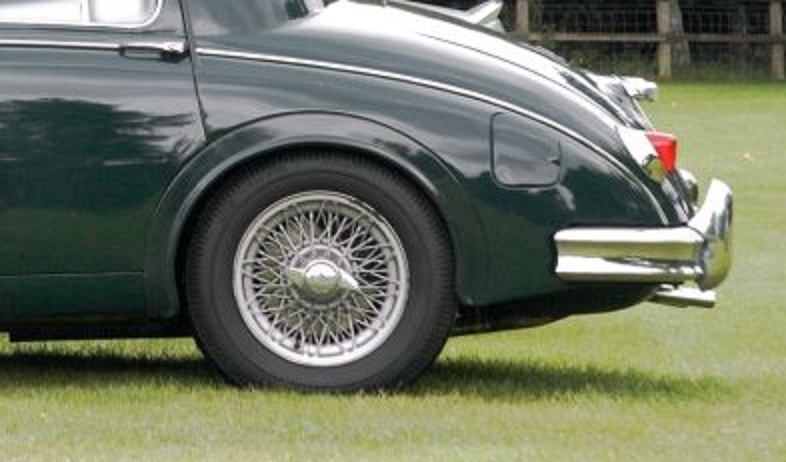 Jeff, have you fitted new rear springs, photo does not show your ride
height that well. As a rear spring fatigues it flattens and lenghthens
pushing the axle rearwards. Also be aware that a MK1 bottom of
the rear wheel arch, is tucked in more than a MK2.
Photo is a MK1 to be fitted with a MK2 axle. I have modified the area
circled. 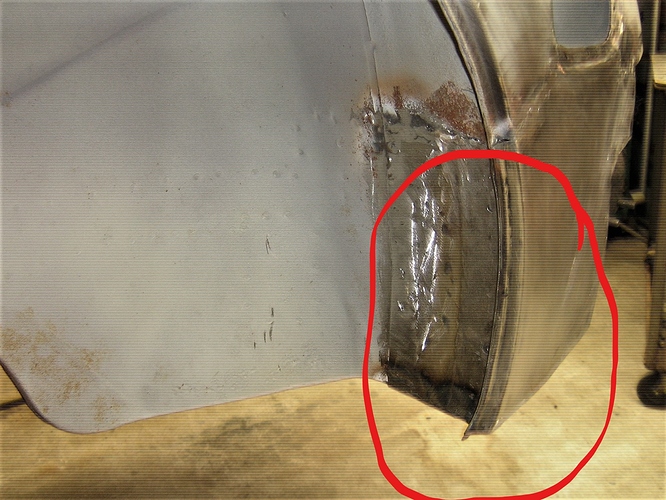 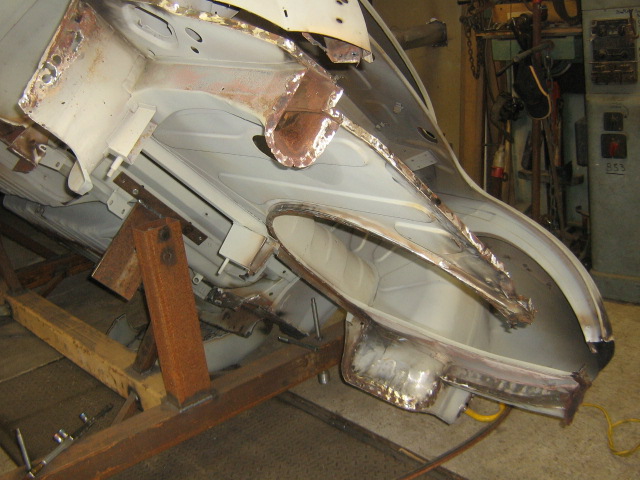 Checked with Ryan B. who has a MK1 and he noted these comments:

My guess: if, as he says, it has a mk2 rear (axle), then the track width will be too wide. To make it work, the spats have been cut,
My car had the same issue when I bought it. Fix was to put the correct width rear axle back in (I bought a mk1 parts car to get it) and replace the spats.

Mk1 axle is a few inches narrower than a mk2.

I don’t think there is setback. From that one pic, I think it just looks that way because of the angle of the spats. The huge clearance is side to side.
There isn’t much left of those spats.

Yes you can adjust the ride height by using spacers as Resident Alien suggests. I did it on my car. I couldn’t get the ride level. I swapped the springs, measured everything, removed the front end from the equation by jacking it up off its wheels and setting it level. No joy. 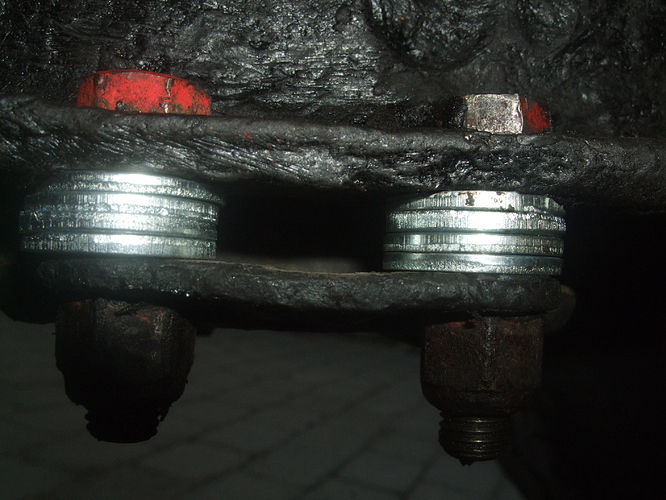 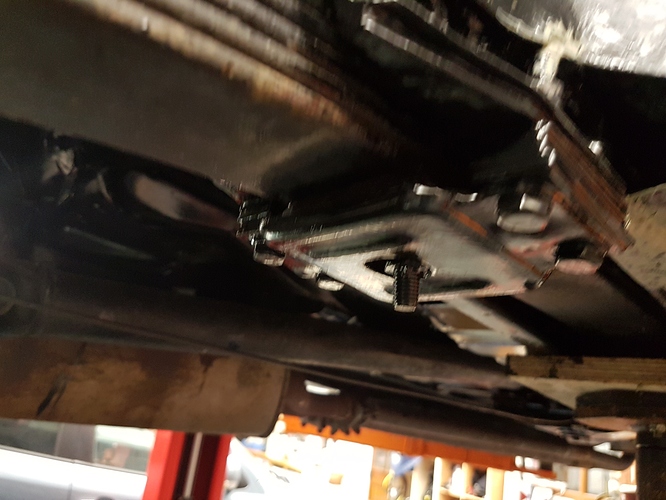 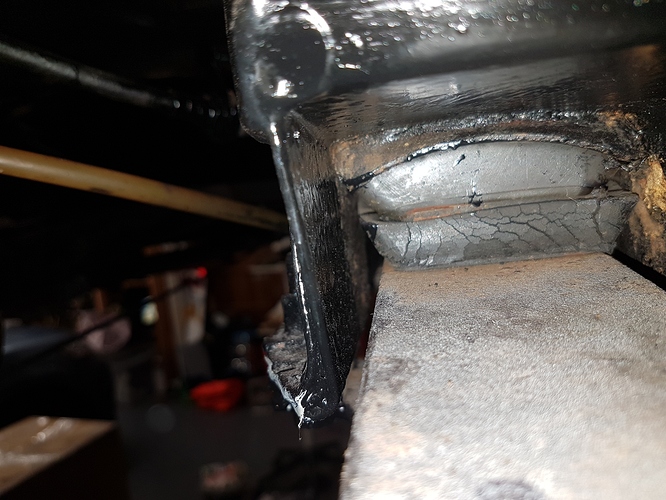 I remembered just after I posted this that I learned a lot in solving my uneven ride from an article ’ Ryan’s Ride Height’. It was in the technical section of the old site. Just looked and couldn’t find it. Maybe you will have better luck

Would seem like removing the spring pad (or decreasing the height of it) would bring the spring closer to the body and lower the ride height.

The body is supported at the middle of the spring , at the 4 mounting bolts , by adding spacers , the spring moves closer to the top of the spring housing in the body .
Imagine if there was no bolts , the body would rest on the spring !

The most critical thing to establish is the car being level side to side - not front to back. My work was focused on that. It is a while since I did it - honestly can’t remember if I was raising or lowering - my goal was leveling. The more I think about it now the more my head hurts - I do remember lots of trial and error and it all being a bit counter intuitive.

It doesn’t take a lot to experiment with a couple of washers and trial fit. Remove one bolt at a time from the center pad. Replace with longer. Once done you can wind the nuts down to create space. Remove one bolt and a time and fill space with washers. You can worry about the extra spring pads etc after once satisfied.

Re-reading the original post it looks like you were trying to lower the car over all and started with the front.

If the back is a little higher than the front - but level side to side then I would leave it. Mine is a like this. If anything gives it a little more of a sporty/ aggressive look.

The car is apart at the moment so don’t know exactly how it’s going to sit quite yet. I have spacers to lower the front spring pan so am contemplating a similar mod in the rear. I rebuilt my rear springs and they measure to spec after the rebuild. I used 1" nylon 6.6 discs (cut from nylon rod purchased online) to replace the worn rubber bumpers between the leaves. Both springs measure about the same, so optimistic the side to side height will be equal.

I understand Ian’s comments about bringing the spring closer to the body. I may see if there’s a way to do that maybe by trimming down a poly mount. I’m also going to mock up the spacers under the front mounts as it seems like that would also work by allowing the rear of the spring to pivot up slightly. Will see. 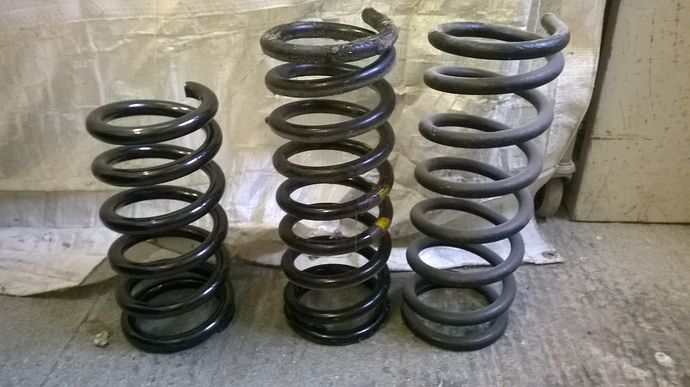 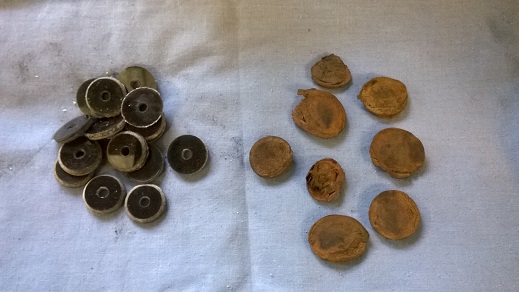 Just thought I would add a picture , so you can see how my car sits , I am more then happy with the ride and look .
I used the uprated springs , the one on the left of the picture , the middle is a new spring for the 3.8 , the one on the right is the old 240 spring .
I used polycarbonate spacers on the rear springs , cut out a sheet with a hole saw , and I bevelled the edges so they sat nice and tight in the leaf recesses ,
All bushes are poly !

Here is how my Mk1 worked out…as mentioned above, the car is running a complete Mk2 drivetrain (meaning the rear axle is wider, it is my understanding this was a popular mod after Hawthorn was killed in his Mk1). The sport spats 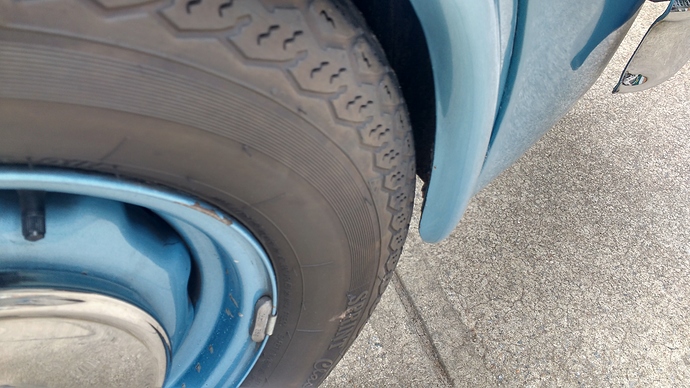 Wheel well back.jpg4160×2340 2.46 MB
slightly rub when corning hard. Would like to figure out how to move axle forward since there is plenty of room, but it does not sound like an easy job. FYI, for anyone doing suspension work…it took “weeks” for the suspension to fully “settle”. Front is “slightly” lower than I would prefer, but not enough to make me want to pull off the springs again and add a spacer. 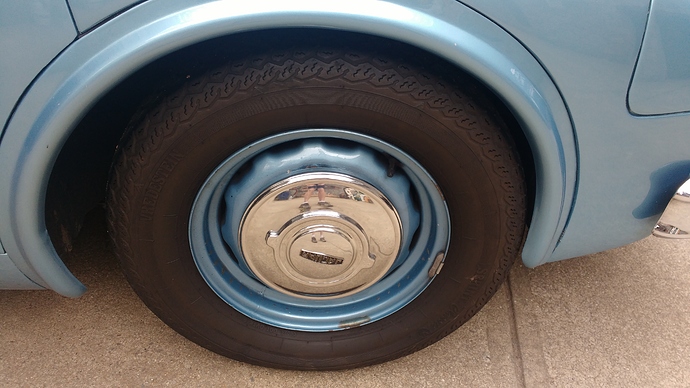 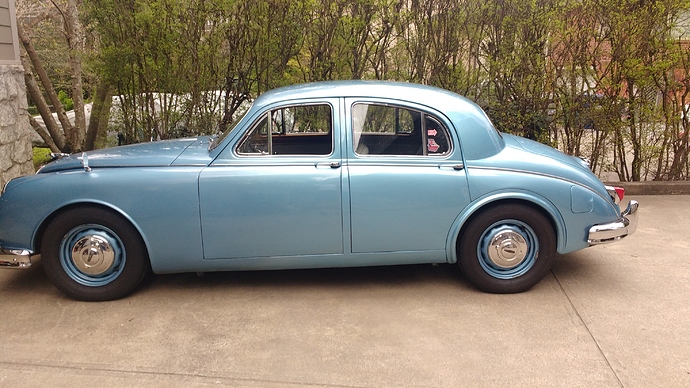 Ian – where’d you get the uprated springs?

Jeff your axle is to far rearward, check the measurement - center
bolt to the spring eye, and compare with another. The ride height
is low, are you running MK1 or MK2 front uprights?
Peter B

Peter, I checked the wheel base and its right at 108" (my understanding is it should be 107.5"). I will measure the leaf spring tonight. FYI, I believe all of the front and rear suspension came from a Mk2. The front is low (2 fingers between the tire and wheel well/think it should be 3), but that most likely is my own fault. It took several weeks for the front suspension to actually settle after replacing the springs. Next time I have some time, I’m going to pull the front springs and add an extra spacer.