Time for a new topic for the automotive archaeologists.
Opening one of my tail lights with the glass lens, it came out of the chrome frame and fell from a height of about 1 foot onto the concrete floor and broke.

So they arrived today and I began stripping off the remains of the red, to repaint them.
I found one was clear glass, and the other had been sandblasted on the red half in order to get the red to stick better. It didn’t BTW, was in worse condition than the other as received. Vehicle origins and years unknown, but the clear one has M5 on one edge where the sandblasted one has just M. 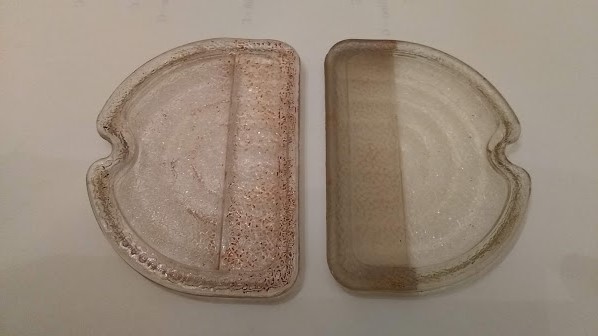 So has anyone else seen one of these with a sandblasted area like this one on the right? Any other comments?
Peter_Lloyd (Peter Lloyd) January 17, 2021, 10:08pm #2

Yes, I have at least one etched one among my tail light panels. I assumed this was a logical treatment by the factory to improve the adhesion of the paint or dye used. My colours had ‘fretted’ over time so I stripped them as you have. I think I had to use a wire brush to remove the last remnants.

As a matter of interest, I used nail polish to re-couler it. Easy to apply and easily removed with acetone if needed. Dries fast and layers can be built up quickly to get the richness needed. Mine have been on for some 8 years now without deterioration.

Remember you need to choose a darker shade than you think as the bulb brightness from behind lightens the colour and it can look faded or washed out. (Don’t worry about any funny looks you might get at the cosmetics counter, they probably wouldn’t understand.)

Thanks, I was about to use modeling paint. I have not yet thrown out Jeanine’s large supply of nail polish, so I’ll see what I can find in the cabinet. She used red a lot.

And, from now on, you will have a towel under where you work on the lights, riiiiight?

Yes Rob, you can get some real tarty reds with alluring names. Depends on how cheeky you want to be. You can see I spent a lot of time ‘researching’ the choices.

Sure, we had the red surrounds on our ex XJ8 MY1998 rear lamps, not chrome. I liked the look but when the car was 15+ years old the red was peeling. So I used super rich, saturated nail polish to fix them. My missus said when I was suggesting she could share the nail polish with the XJ that it was way too ”tarty” for her. I had to agree, obviously.

Ps. The MKV rear lamp and front side lamp lenses are glass as well, I always have soft padding anf towels if I have to open them as the correct ones are VERY expensive.

So I went to the cabinet where she kept her nail polish, and I find there has been a cosmeticological burglary. But I know the names of those little burglars, Lysie and Brookie, and where they live. Now should I prosecute, or just withhold their hugs and kisses? Naw, grandpa’s house is open season, and any of grandma’s stuff is fair game.

I often put down a rug or carpet or foam pad on my garage floor when I’m doing something kneeling, but this time they didn’t happen to be in the right place.

Well, the granddaughters are off the hook.

I found 7 bottles in the back of the cabinet behind some other hair stuff. All too pink.
The girl at the cosmetics counter said, “Oh, Lucas Red? Sorry, all sold out, we’ve had a run on 1938 tail light paint this morning.” 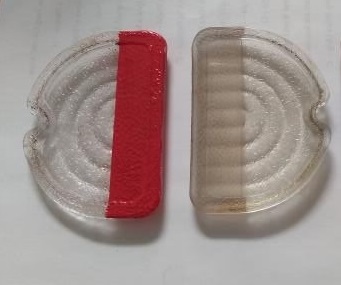 I suppose this is close enough to continue in the same thread.
I want to remove the chrome D frames from the light box panel.
They seem to be held in by two tabs with hinge pins. It looks like the pins do not come out easily. The tabs pass through slots in the main panel, and are attached on the back, either by welding or soldering.
Does anyone know which method is used? 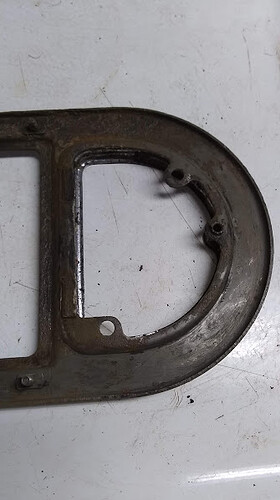 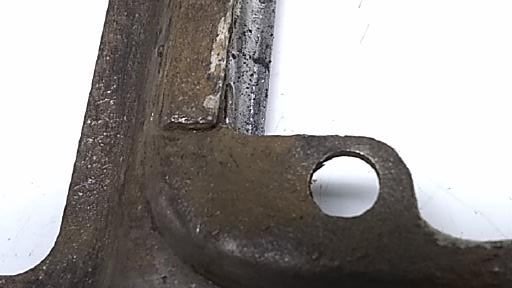 Well, it’s not soldered, it’s welded. If it’s edge welded, it’s the smallest hand weld I ever saw. Might be spot welded, but too rusty to really tell.
Anyway the pin is one long continuous brass pin. I got it out with a small nail and a small hammer, then needle nose pliers. 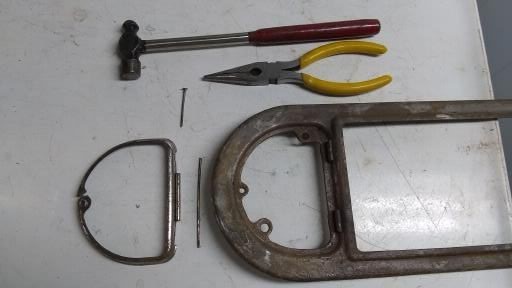 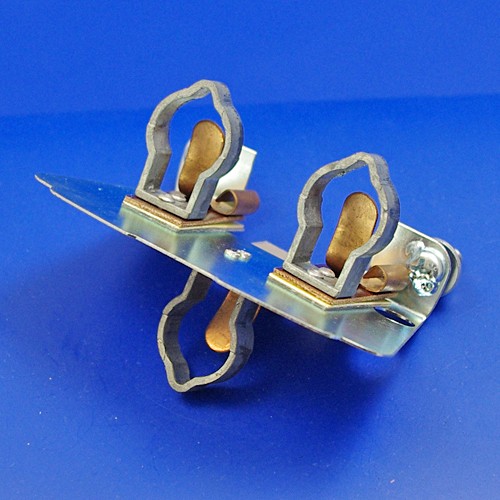 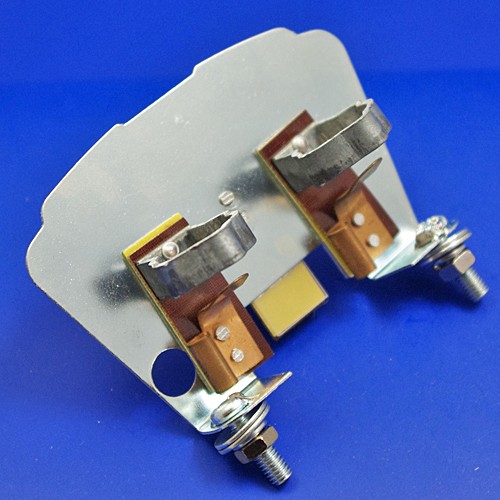 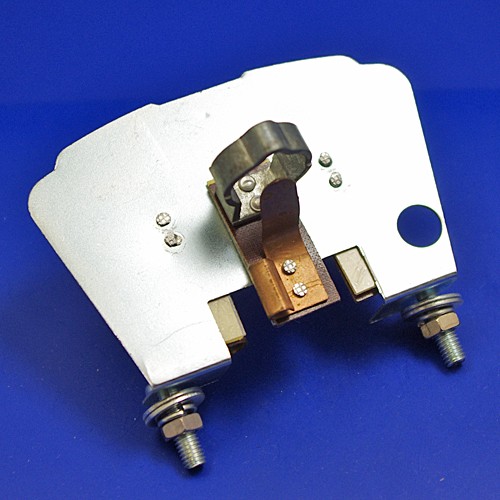 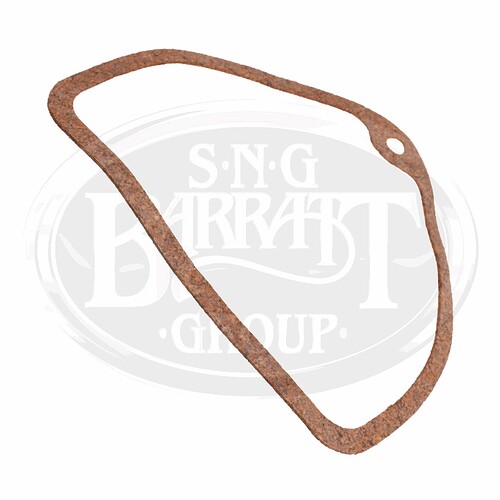 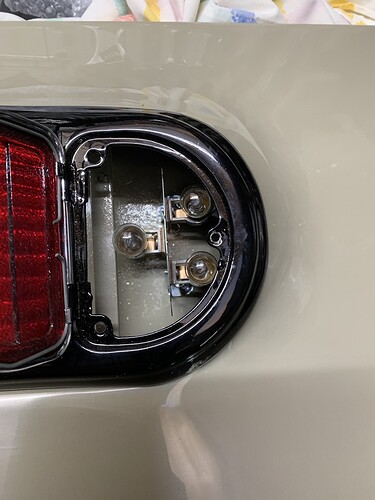 herewith my solution : all in one led tail/traficator/stop/registration.
you can check : www.dynamoregulatorconversion.com 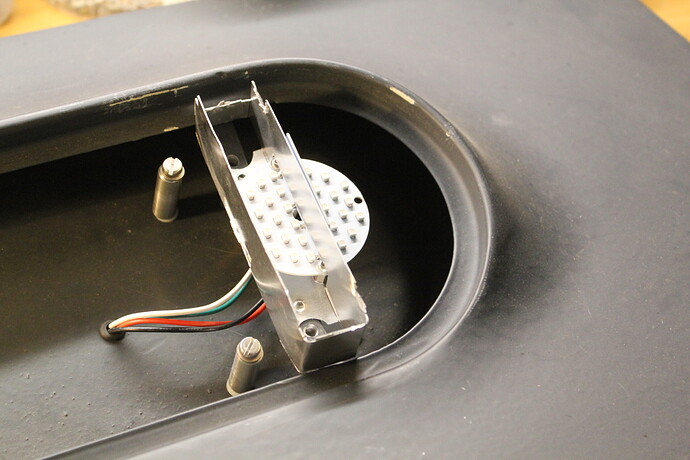