Hello, my 1988 XJS Lucas distributor looks to be in great shape, except the rotor is a bit worn and I’m replacing the vacuum advance unit for preventative maintenance. The only other part that looks bad are the two wires that go into the distributor. Can I just buy the plug and wire assembly by itself? Or do I need a full rebuild kit? Or is this part NLA? I guess I could always just buy wires and solder them in place. What gauge? Thanks!

The two wires that enter the base of the distributor go to the pickup. They are often in poor shape, especially now that these cars are as old as they are. I dunno if any kits are available, but it’s easy enough to just splice in new leads. Gauge is irrelevant, there’s no current to speak of. What is of utmost importance, though, is that the wires inside the distributor are extremely flexible, the kind of wires that just flop around freely, so as not to inhibit free movement of the vacuum advance mechanism at all. They also need to be rated for 100C, as that’s about how hot it gets in the V of a Jaguar V12.

Whatever, watch the polarity. Swapping wires will muck things up.

Cool, thanks for the info. Btw, got your awesome book on all my computers, ‘one’ day I’ll have read it all

And if you say there’s no current, maybe I just need to wrap the wires? Issue is that the insulation is starting to crack.

Silicone rubber insulation wires are the very flexible ones.
They have much better heat resistance than PVC insulated wires.
The downside is they are not so good for abrasion resistance.
Trouble is nearly all the wires you can buy are PVC insulated, and that is what is used in cars.

Finding small lengths of light gauge Si rubber wire could be a challenge.

If it is only the wires on the outside of the dizzy you need fix, wrapping them will probably be ok as long as the insulation between them is still valid.
As Kirbert says, miniscule current in them and no great voltage either. 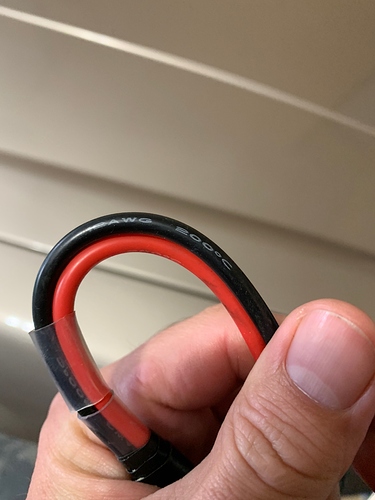 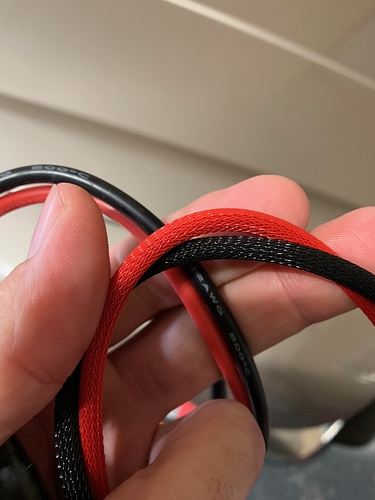 The wire seems to be rated to 200 degC? I added the plastic sheathing for extra abrasion resistance, but it might be tough enough without it though, as I don’t remember if the sheathing had any kind of temperature rating.

For the sort of flexibility needed here, you need more than silicone insulation. The conductors themselves need to be braided rather than simply stranded, I think.

conductors themselves need to be braided rather than simply stranded

That would be the best, but silicone wires anyway are much better then originals and originals where not braided either. If there is enough cable left inside the distributor (not to much, not too little) it doesn’t flex that much and I would guess should last more then original. Braided one would probably outlast the car