Gradually finding time to rebuild this V12 HE.
Bought from somebody who crashed his XJ-S, but not severely.
From the outside only fault was bent stud for timing cover, next to alternator.
Found later a crack in that cover, so bought a 2nd hand one.
Also found magled parts in the sump, although still useable.
The sandwich plate is spotless. The sump pan has a few very small dings, and with a spray of paint looks close to new.
The oil pick up strainer has its half moon cover magled, and the baffle has a corner mangled too.
The photos show the pipes just placed to make sure things line up. The undershield is perfect, just not
in the photos.
I know work was done on this engine at one time because the tensioner has no wear tracks on it.
That explains the timing cover was off and likely at the same time the sandwich plate was off to make the fix easier. But why mess around with the oil pick up and baffle ? I can see if you wanted to pull the oil pick up pipe out you might have to lever pretty hard on the cover and hence it being mangled. On the other hand I have pulled oil pipes out of engines without any damage, so have many people.

This engine has oil pipes to suit all markets except U.S.A., Canada and Japan according to the Jaguar parts manual. Tha last HE I rebuilt for the coupe has the other version with an “Inlet Elbow” that sticks out the bottom of the sandwich plate under the oil pump. The OEM pre HE engine in the coupe had that too. That 2nd hand HE engine was bought from a local Jag club owner who was planning to rebuild it for racing. Looks like he bought it from a source outside Australia with the other pipe arrangement, or he used a sandwich plate from a pre HE… 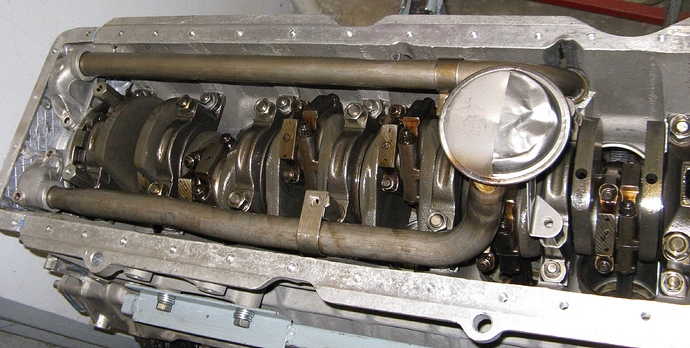 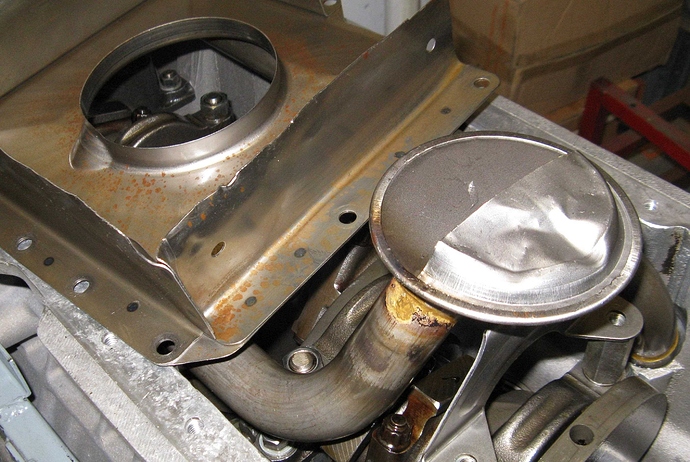 I’m thinking this engine was damaged previously, possibly running over something that crunched the sump. Then somebody repaired it by just buying a replacement sump pan and bolting it on.

That is possible.
Shown in the photo is the sump detail from the HE I rebuilt 15 years ago.
The damage in this latest engine would be to the pick up cover and the baffle at about 4 o’clock from the cover.
I reckon you would need to put an almighty crunch in the sump pan to achieve the damage in those 2 areas.
As it happens after I bought the 1988 convertible I found a hefty ding in the front cross member and a smaller one in the sump pan. The PO bought the car for his wife who drove it. Not that I draw any conclusions from that. In spite of it the car drives well. I actually bought a spare cross member from the same person that sold me the damaged V12. Bad decision - looked O.K. but on close inspection had a tear in a gusset plate. Might have been O.K. with a bit of welding, but not worth the risk to not matching up with mounting points on the chassis. 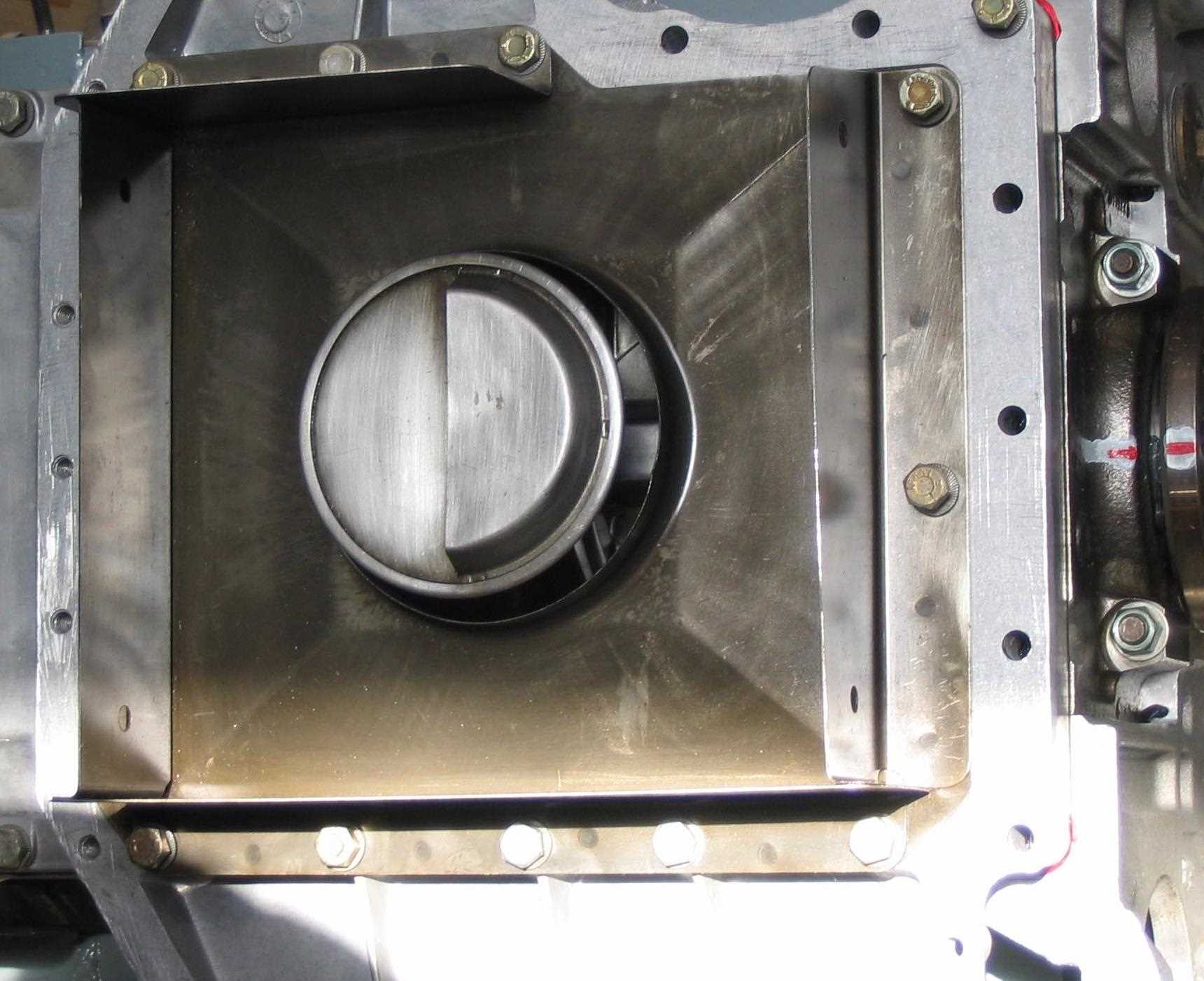