Thanks, I understand that the MK2 came with an optional 3.8L. the seller says that the head is from a 3.8 MK2. It looks exactly the same with the intake, exhaust, etc.
I just wanted to make sure I can use it.

As advised yes the head is suitable, FYI the compression ratio is set in the main by the pistons (barring any scimming the head may have had)

Just arrived! A rebuilt head. My original was pitted and the local shop said probably cracked and been leaking for a while. The rebuilt has exactly the same size valves and looks identical except for the wider cut at the top of the cylinder. I do not know what that is about. I guess I can look up what gasket sets are best and adding tappet keepers, or get opinions.

The cut or chamfer on the bore of the head is present on the earlier Mk9s, and you may have to replicate this on your MK2 head. Later Mk9s were standardised across the range when different pistons were fitted, and the cut became unnecessary…
I came across this minor issue last year with mine. As I was stripping the engine,I machined the pistons to suit instead of altering the head.
.There was a factory Bullitin issued on this subject when Jaguar stopped supplying the individual head for the Mk9 when a reconditioned head was required. They just supplied a MK2 head and local machine shop had to add the chamfer if required.
Don’t just fit this head as it is, check the number which will be stamped in the piston.
I’ll check my notes and let you know which piston is compatible. I also have some photos somewhere.
Meanwhile have a look for that factory Bullitin. I think it’s somewhere on this site.

Hi Dana
My only comment is the different rev counter drives at the rear of the inlet camshaft
Some earlier Mark 9;s have a cable operated instrument and the later ones have the electronic
sender unit the same as the Mark2’s, S types etc.
There should be a is a small fibre drive piece attached with a steel holder and circlip
at the rear of the inlet camshaft for the electronic sender
Regarding gaskets, the heads are very similar so a Mark 2 headset should fit well. 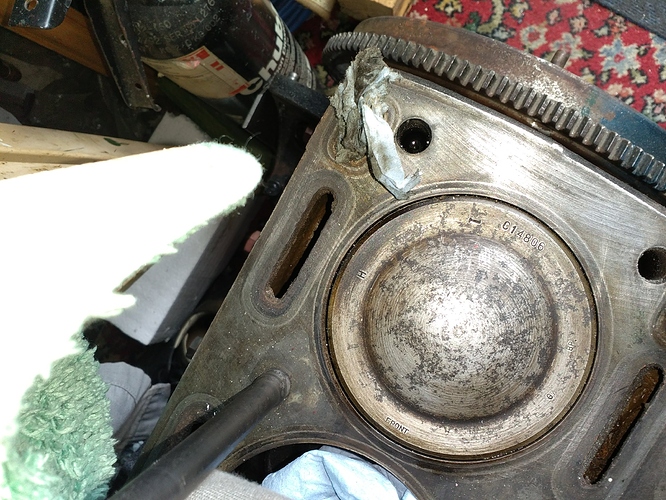 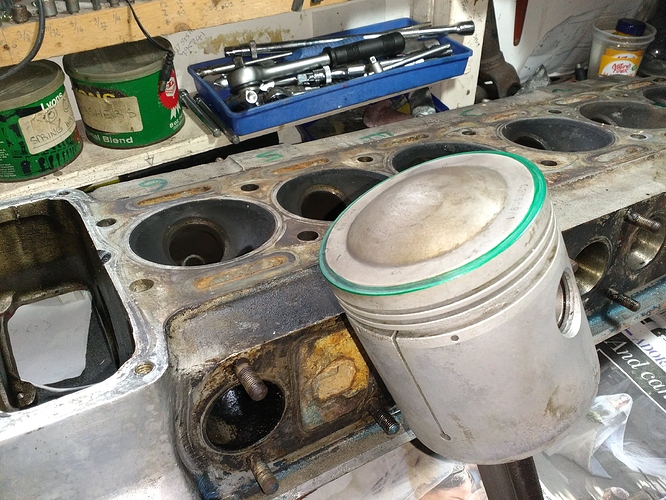 IMG_20190524_1739483264×2448 1.29 MB
Picture 1 shows the original Mk9 piston which is fitted in conjunction with the original Mk9 head. It is part number C14806. It has a small chamfer on the corner but not cut back like on the later type piston.
Picture 2 shows the later piston from a 1965 engine. Note that this has a flat cut approximately 1mm deep X 2.5mm wide around the circumference of the piston which is absent from the Mk9 example. I have highlighted the cut in green.
This is the piston which was fitted with the later non chamfered head.
The original 3.4 engine had the combustion chambers the same outside diameter as the bores. The 3.8 had the chamfer added to increase the diameter of the combustion chamber to suit the slightly larger bore. Hence the 3.4 and 3.8 heads had different part numbers. Eventually Jaguar decided to use just the 3.4 head on both engines. To accommodate the slight difference in bore they introduced a modified piston with the cut back on the circumference.
Your head can be easily modified by a machine shop.
If you are not going to strip it, I suggest you could block up all the openings to avoid swarf contamination and give it a good clean afterwards.
If your Mk9 has a cable tacho drive, it’s is a DIY modification to convert from electric to cable, and you can contact me for full details and photographs. We will cross that bridge if necessary.
JagMK9 (Dana Calef) February 14, 2021, 8:04pm #9 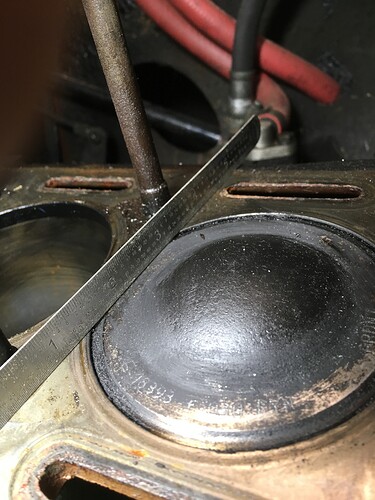 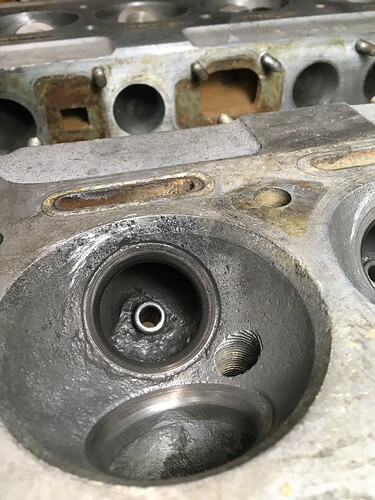 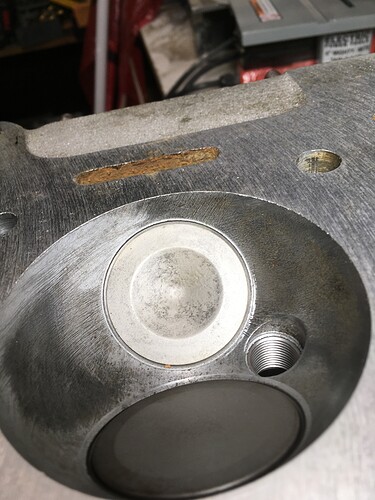 Wow, you guys know your stuff. Thanks for bringing this to my attention, but I think I will be alright.
A straight edge reveals that the piston does not rise above the block. The piston has a chamfer that max the diameter 81.1mm at the top edge. The old original 1961 Mk9 head had a relief machined in the edge, the MK2 rebuilt head does not but its diameter is 82.4, enough to allow the chamfered piston into the head if necessary. The piston # is 18393. 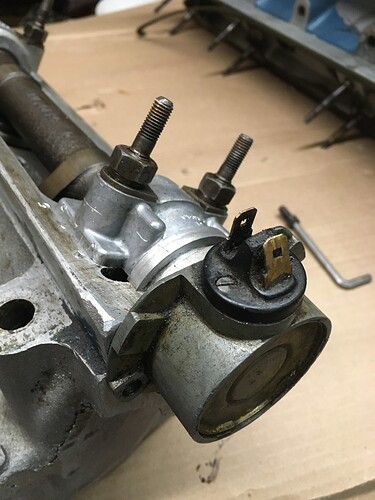 Those are the later pistons, so you’re good to go.
Looks like a nice head.
Check valve clearance s before fitting. Much easier to adjust before fitting than after.