I am working on the reserve fuel valve for my Mark IV. I have heard the Alan Gibbons rebuilds these valves. Does anyone know his contact information? My car was last on the road in 1960. It doesn’t seem sporting to bipass this valve.

Yes, I learned back in May that the seals are cork.

I used some fuel hose with an o.d. to match the bore. Care had to be taken to face off the ends to be flat and square to the sides, and the right length to enable compression of the sides. This method has been in operation now for over seven years and works perfectly at both positions.

As an aside, I am trying to rebuild an old one but a previous owner deftly brazed the body and the end of the piston and its lock screw together. It would be easily corrected if it had been soft solder or even silver solder. Ah well, such is life.

My car ( currently with tank out being sealed/ rust proofed ) has no reserve/ main valve ( or the connection to the knob on the fender). Anyone in the market to part with one?
Is it a pull or a twist to switch over?

The “Reserve Petrol” knob on my 1948 MKIV does not push or pull. It is connected to a tube about 10" long which then screws into another tube beneath the left rear fender. Does anyone know how this screw-type knob works? The owner’s manual does not mention this knob at all !

The short answer is that it pushes and pulls. A member of Jag lovers rebuild these valves. The seals are cork and are known to leak and be temperamental.

Welcome Everett.
Click on this link and read about my struggles with this valve.

Yes,thank you, Dennis. I had seen this posting saying that the knob for the “Reserve Petrol” is a push/pull mechanism. I gave reasonable pulls to avoid damaging something (my father’s words “ham fisted” echoing in my head). So I was just trying to see if there were any known variations which might use a screw actuation. Mine must be stuck or require extra pull.

Thanks, Rob ! I saw your informative writeup and that’s why I asked the question here. My valve looks exactly like the one pictured – w the one screw nozzle on one side and two separate screw nozzles on the opposite side. As my knob doesn’t budge with average pulling, I will investigate further. The previous owner may have just closed the valve very tightly to avoid those leaks that you encountered .

I think my father’s saying had something to do with using “strength and ignorance”. My car is still not running so I do not know if my rebuilt valve leaks. I have not moved it up and down because it the cork seals looked fragile.
Take care
Dennis

More likely is the seals are stuck to the housing, and pulling them loose will cause it to leak like crazy.
Be aware when you remove it that the fuel will come pouring out the tubes. Better to disconnect the tubes on top of the tank first, then at the valve.

You are like a surgeon who has jumped to the worst case already but I don’t blame you. Especially when considering what material those seals may consist of. Though it may be foolish to scoff at the engineers of the 1940s – perhaps cork was the high tech Buna-N of its day ;<)
I am temporarily ignoring the reserve fuel tank even though I’ve seen admonitions to make sure the “Reserve Petrol” knob is pulled when filling up. Foolish question: if the knob has to be pulled out when filling up, does the knob then also have to be pulled out to use the reserve fuel? 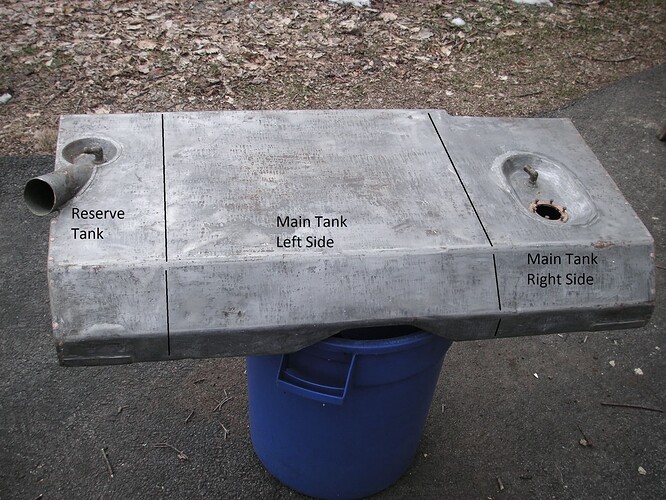 Cork does seem like a dodgy material. Some wine corks actually use a very hard rubber that only resembles a cork in shape and size but is much denser and smoother. Looks like Rob Reilly used Buna-N w some success. Anyone who has ever tinkered w old outboard motors recalls that old gasoline tubes made of rubber tend to disintegrate eventually (returning to their original petrol based state). What else are you working on w your car?

Thanks for your prompt and smart replies, Rob !

The engine and trans have been rebuilt and are about to be placed in the car. I took the body off the frame and it only lacks an interior. The restoration shop working on the engine works very slowly. I am impatiently waiting.

I will send a few photos. 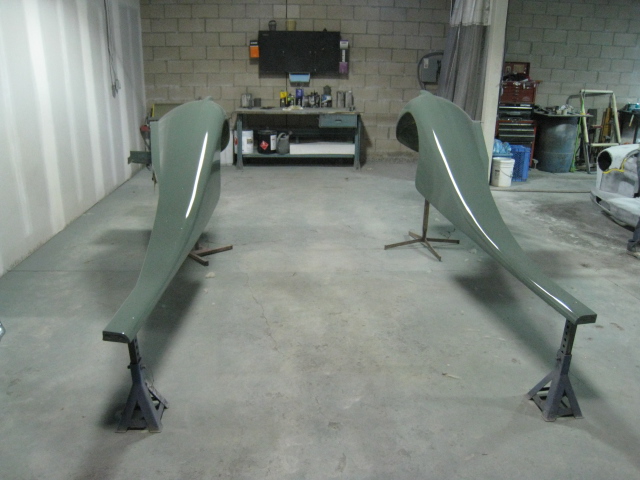 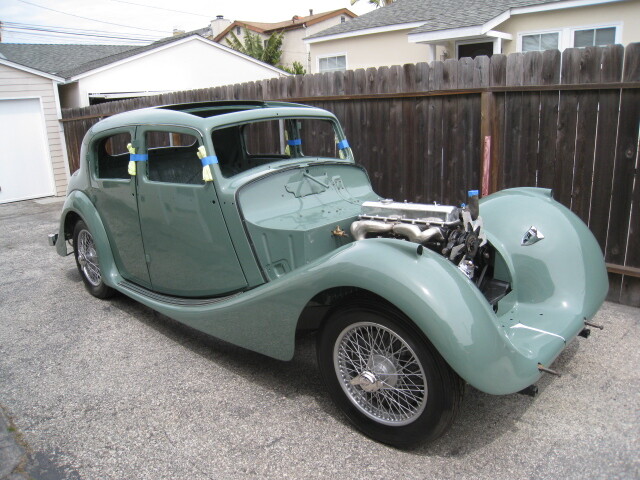 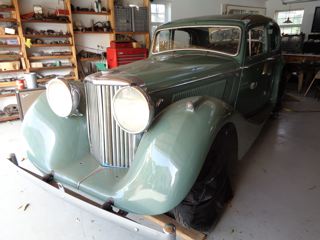 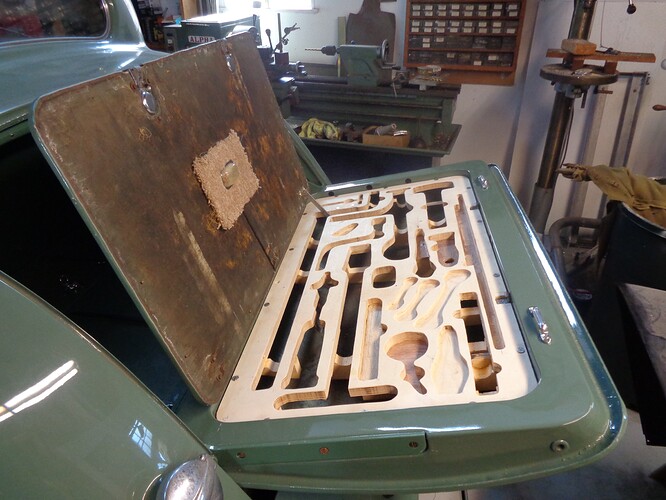 That looks very snappy, Dennis! I think that is probably my favorite color on that model Jaguar.
Just saw a TV show where one of the guests showed up in one like that very similar although I believe the green was a little deeper–really eye catching-- might have been an old Hercule Poirot episdoe.