Just wishing to get some idea as to the fan belt brands (and potentially part numbers) that people are currently running in their MkVs.

I know that Rob Reilly has mentioned he uses the Gates TR24457 belt years ago in a previous thread. Is this belt still recommended for a MKV? Any other suggestions would also be kindly appreciated. I have noticed that the MKV manual (page D.6) only provides information in regards to the ‘Angle of the V’ for the belt which is listed as ‘32°’.

My car is currently running a very very old ‘Olympic Trojan’ belt that I presume was manufactured here in Melbourne at the Olympic factory last century. The factory has long been closed down and manufactured tyres back in its day. Apart from the brand name, the only other marking on the belt is C-44.

Any suggestions for a replacement belt would be greatly appreciated.

Jag Daim in Melbourne sell them. Part no. C531 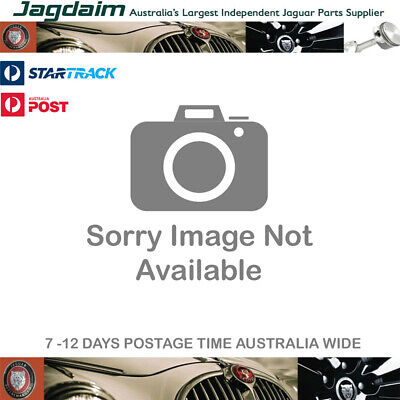 Find many great new & used options and get the best deals for New Jaguar Fan Belt C531 at the best online prices at eBay!

I ought to get a spare as well now that you mention it.

Industrial fractional horsepower size 5L460 also works.
This is a 3-1/2 Liter engine in my Mark V. 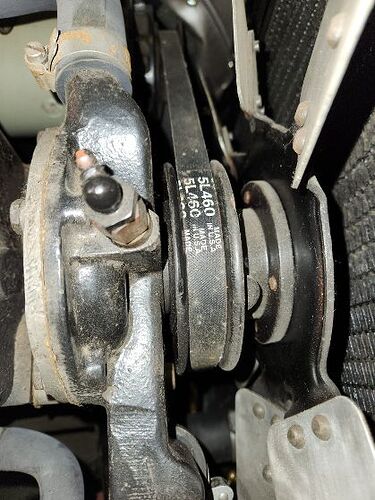 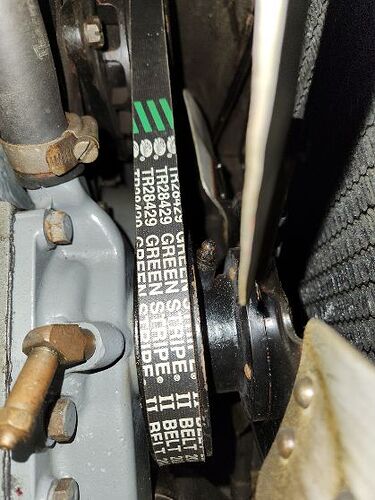 For the Mark V 3 1/2 engine I use Gates Truflex 3460. I believe the belt shape comes in different “strengths” for different drive force needs. Gates lists in small type the Industry Number 5L460 on the paper holder for the 3460. As I recall the Gates green belt is noticeably stiffer than the 3460. And I long ago used a NAPA 22455.

Thanks so much everyone for sharing their current practices and recommendations.

Has anyone had issues with the performance or longevity of these belts? Only asking as the MKV manual (page D.6) prescribes that the ‘Angle of the V’ for the belt should be ‘32°’ (for a 3.5 Litre engine). These belts that have been listed throughout this discussion thread have V angles of 37° and/or 40°.

Just wishing to be sure before I purchase a belt this week based on the recommendations.

I spent some time looking over this Gates web site.

As power transmission experts for over a century, Gates is driving your vehicles’ belt drive with our automotive V-belts for your passenger cars, light duty trucks, and personal vehicles. Gates V-belts are engineered to run maintenance-free to keep...

It appears that they do not offer a 32 degree angle belt.
The 5L460 belt is 36 degree. The Truflex 3460 is a 5L460. The TR22455 is a 40 degree.
The truck belts are rated for higher shock loads, such as hydraulic cylinder pumps, which I don’t really think we need to be concerned about with our engines just driving a water pump and generator.
However, the notches help keep the belt cool.
Gates also has a 300 page online catalogue if you really want to know the world of power transmission by belts.