I once saw a scrap Mark V bumper which had rusted through from the inside, leaving just the thin chrome layer.
I had my bumper parts rechromed in the 1980s, and at that time I brushed some silver paint on the inside surfaces to hold back the rust. 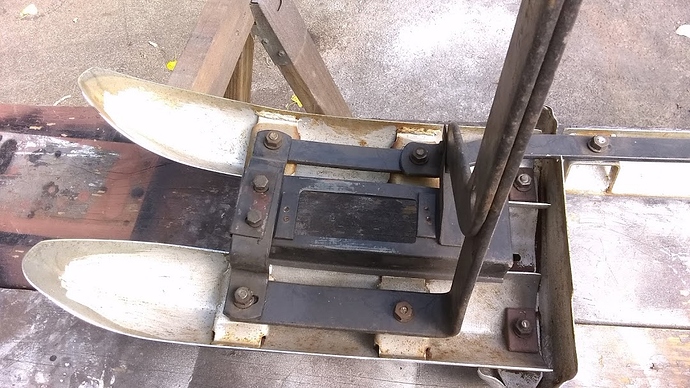 The parts catalogue says the rear upper spears or bars are different from the rear lowers. I can’t see any difference; all four look the same to me. Anybody know more?

On one tail light panel, I see what may be original gunmetal paint on the back. Were these body color? 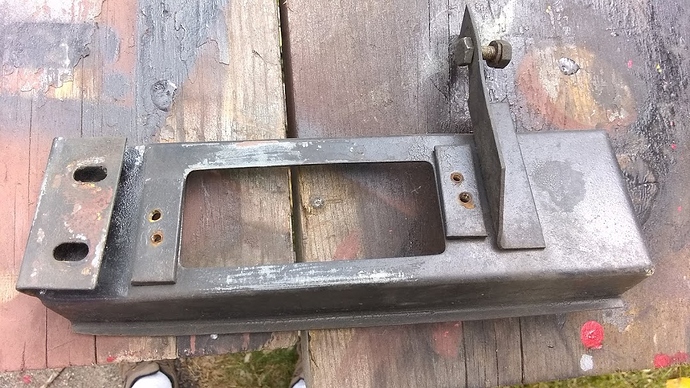 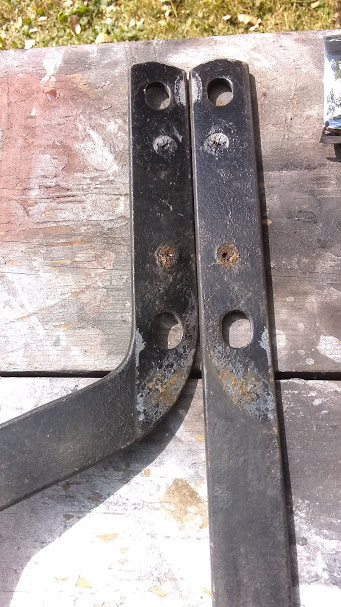 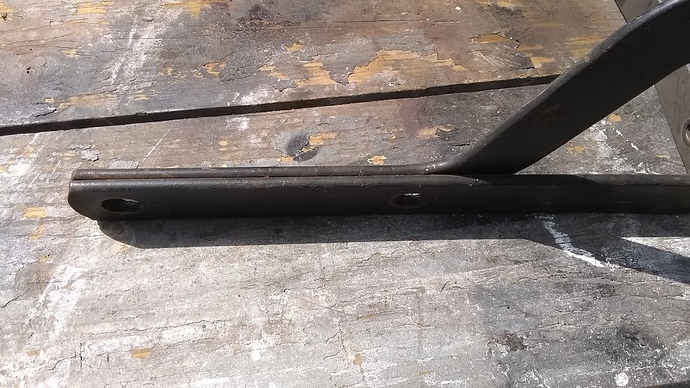 The parts catalogue says the rear upper spears or bars are different from the rear lowers. I can’t see any difference; all four look the same to me. Anybody know more?

The ones on the MkV I had a share of some years ago definitely looked different. 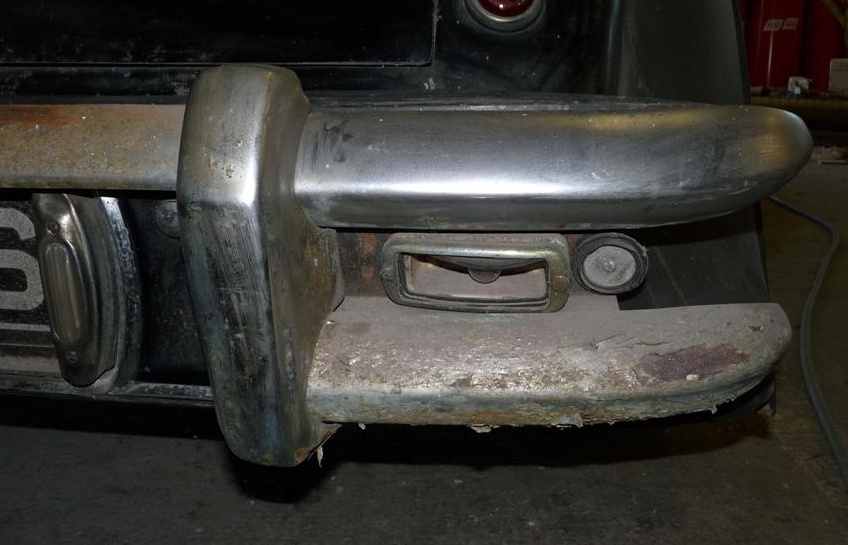 My Mark V bumper bits were rechromed 15-20 years ago. No inside finish was added, but your addition of some silver paint makes sense if weather conditions warrant some corrosion protection.

For the front bumper differences, it is much easier to see the variations needed for the mounting. In that case three separate bumper specifications are needed.

Slight difference perhaps in the curvature to go around the wheel arch I believe. When the parts came back from the chrome plating I spent some time swapping and changing them around until I got a good clearance and visual appearance. They don’t appear different from looking at them, but when you put them together there is a slight difference - hence the different part numbers. 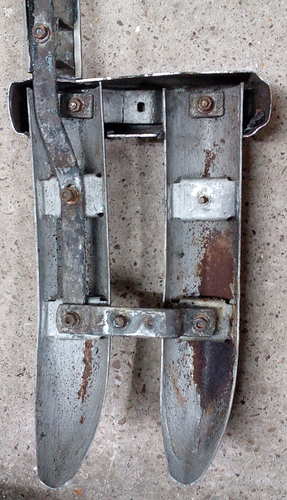 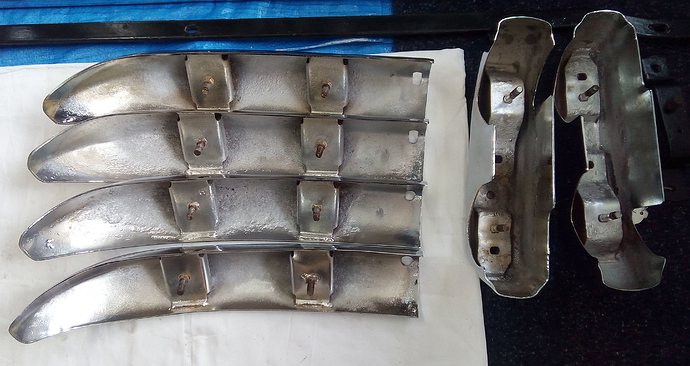 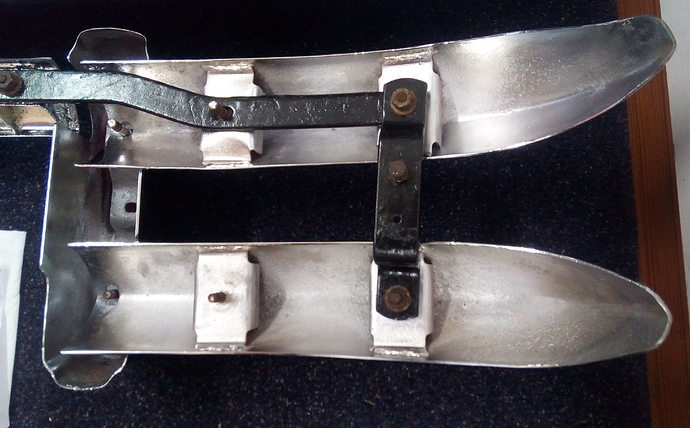 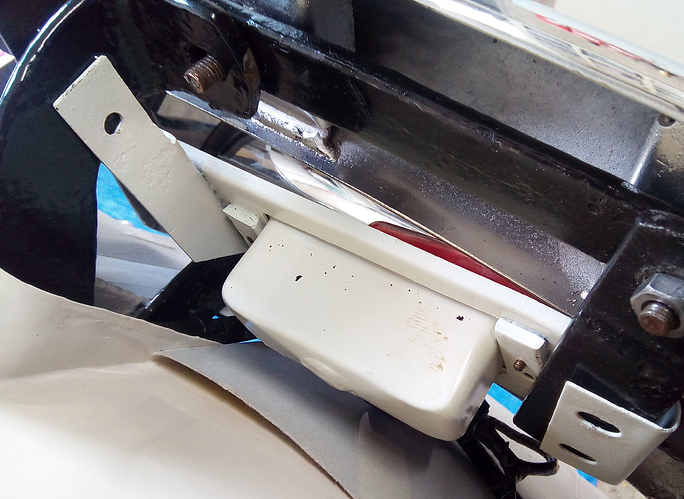 Thanks, friends.
Peter, I see your different appearances, but somehow I don’t think the different part numbers would indicate different surface finishes.

But I do note the addition of what is probably a turn signal up above, and also a reflector beside the tail light, as rear reflectors were required in the UK beginning in 1954, and I believe the requirement might have included retrofitting earlier cars. My '38 SS had them.

Roger and David, I have the shorter stud on one of my lower spears, but not the other. The short stud is the same as is used on the center cross bar. Odd that they didn’t just make them all the same; guess they saved a penny there. Actually these studs welded in are what we call carriage bolts here, and look to be the same as for the crank loop on my '38 SS. Otherwise these 4 spears are the same length and curvature. So it looks like I have 1 lower and 3 uppers.

Silver paint inside makes the most sense to me. That’s what I’ll go with.

And I can confirm body color paint on the tail light panels. I worked on one with a razor blade, some confirmation, then did the other one with chemical paint stripper, much more confirmation, gunmetal and that characteristic red primer I’ve found everywhere on my body panels. 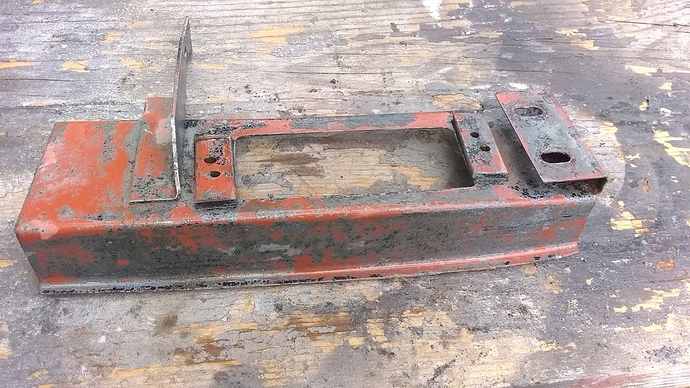 I’ve also found the red/orange paint everywhere. Red lead primer?
The rear light insert on my V was painted the body color. There was no paint on the inside of my bumper parts but I’m gonna follow you guys and use silver paint. I don’t expect to use the car in snow but it’ll probably be running in the rain at times so rust protection can’t hurt.

What have any of you done with the inside surfaces of your chrome bumper parts?

On the few I had, I used cold galvanizing paint.
It seemed to hold up pretty well.

A soon as I put the bumper on, I realized that the inside of the spear tips are visible on the showroom floor, and Lyons would have probably specified silver on the inside, so it must be correct.

On one tail light panel, I see what may be original gunmetal paint on the back. Were these body color?

I don’t think they could have originally been body colour as according to what I have read (the Barrie Price book, Rise of Jaguar) at the time many assemblies arrived ready to be bolted on the cars from the subcontracors.

The bumpers are 100% Wilmot Breeden and according to the letters Bill Lyons was very upset about the cost. Look at a MKVII bumper to see how Jaguar dedigned a bumper which was almost as impressive, but much much cheaper to make.

Also I read that the MKV instrument panel arrived ready with wires and bulbs etc from Smiths Ltd to be mounted onto the cars being assembled. Later Jaguar would just buy the components and do all the work themselves (for more revenue).

Mine were somewhat rusty when I had them apart, I wire brushed them, applied a rust converter, sprayed zinc on the insides and silver paint on top of that. The rear ones do collect water and dirt when you drive for sure.

The rear light mountings were some kind of industrial black IMO so I painted them with black Hammerite IIRC. And made small black mountings for rear reflectors. (A legal requirement over here, even for bicycles and horse carts, welcome added safety in the dark IMO) My MKV did not have ANY reflectors until 2012.