Just curious if anyone has any knowledge of the rod operated tap used on early Mark V saloons.

I found one picture of 627182 where I see a small bracket with a rubber grommet on the left hand side of the radiator angle bracket under the top tank. 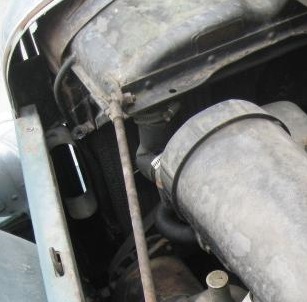 Its not much to go on, but I imagine the tap must have had a loop on top instead of a handle, and a rod with 90 degree bends at each end, one of which went into the loop and was held by a cotter pin?

Not remembering ever seeing the early tap C.3739. Plate image DZ.108 gives a little guidance and is a little vague. Maybe you can get a bit more idea from Plate D.1 of the service manual?

Most of the rod operated systems use the middle right tap, the top right is
smaller overall and has a smaller taper, earlier version methinks,
All shown right are BSP, left are UNF the bottom left from a MKVII I recall.
The rod is bifurcated and fits over the flat sections of the tap and held with a split pin, Would the MKV be different?
Peter B 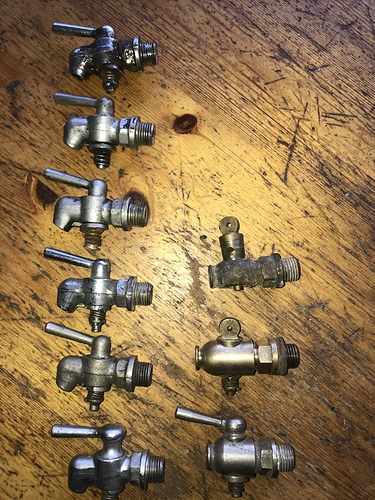 Excellent, Peter. These two look like possible candidates to me. 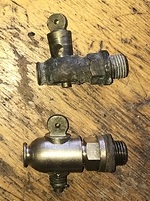 So I guess the split pin would go through the hole in these.

The bottom one on the 2nd picture, is the same as on my Mk9.
In the top picture all the taps on the left look like engine block drains

So apparently all Mark VII, VIII and IX had the remote control rod.
Funny they went away from it on Mark V after building 1025 cars, but then brought it back again on Mark VII.
I love it when I can learn something new.
Here is how it is shown in the Mark VIII SPC.

This from the Mark IX SPC. 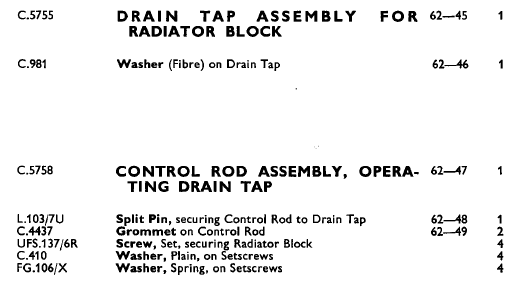 Looks like they added a tube spout at some point.

Yes split pin through rod and valve. The bottom tap was removed from a 73 XJ but is common to all saloons. If C 5755 is still quoted for the later 60s /`70s saloons then conformation,
if not then perhaps C5755 is the smaller (top) of the two.
Yes all on the left are block drains. Re the other thread on this subject I wrongly assumed
that all drain taps, be they block or rad, are BSP, the industry standard for these items,
but ,as Mike Spoelker correctly points out, the block drains are 1/2" UNF.
Why so !! manufacturing efficiency ? As is known the oil gallery bungs are 1/2" UNF, so
rather than another tap (BSP) on the transfer machine, or whatever, just use the 1/2"UNF.
Peter B

So apparently all Mark VII, VIII and IX had the remote control rod.
Funny they went away from it on Mark V after building 1025 cars, but then brought it back again on Mark VII.
I love it when I can learn something new.

And all MK2’s had the control rod to the drain tap at the bottom of the radiator as well! 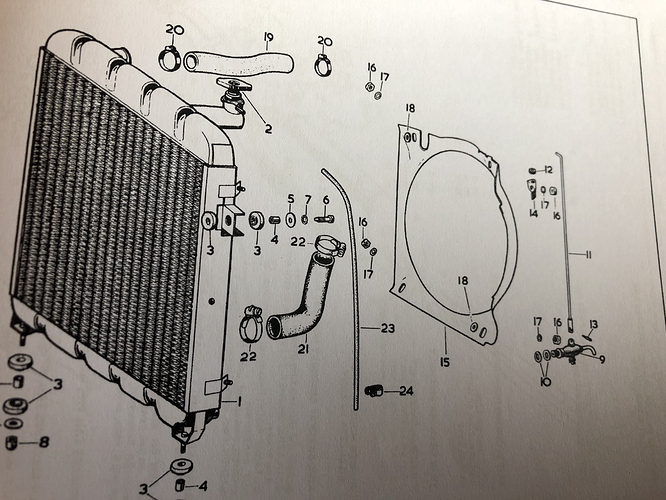