Restoring my lights. I would have done this in mid winter but the covers just came back from the plater. I made new plastic lenses out of a polyethylene kitchen food container. The way to cut this stuff is with a hot knife. Then a hand file to clean up the edges. The original fasteners were bifurcated rivets, but I chose #2-56 x 1/4" stainless steel screws and nuts. 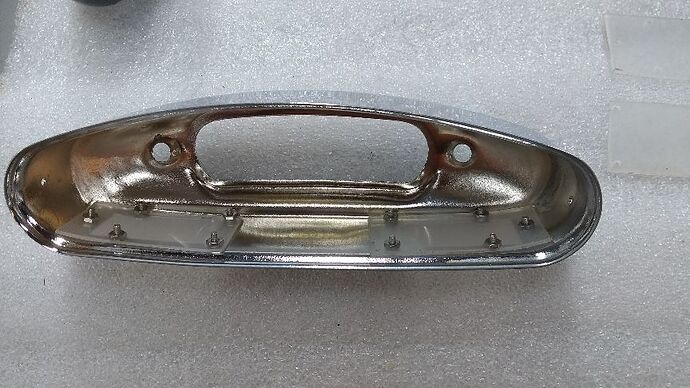 My question for today is about the rubber seals.
There is a round plug 5/8" OD which fits into a 3/8" hole.
And a molded channel around the periphery. 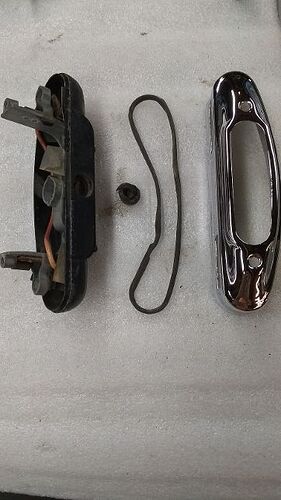 Thanks Tim, don’t know how I missed it.

Hi Rob, let me know if you want some originals on those rubber parts. I have a pile of these lamps in various states of damage. Most have had some kind of bumper encounter with a hard object.

Many Mark Vs have had the assembly replaced with the XK assembly which has window sections elongated into the lamp assembly curve. Presumably the elongation is related to the illumination perspective needed for the XK application being different from the Mark V and also using only one lamp instead of two (cost reduction and styling considerations?).

I have one also with the extended clear windows (and now surplus to needs). I think they were intended for horizontal mounting above the numberplate because the wider windows provided a much wider illumination.

That is correct, wider windows on the XK120 version needed to light up a UK plate, all chrome body too. 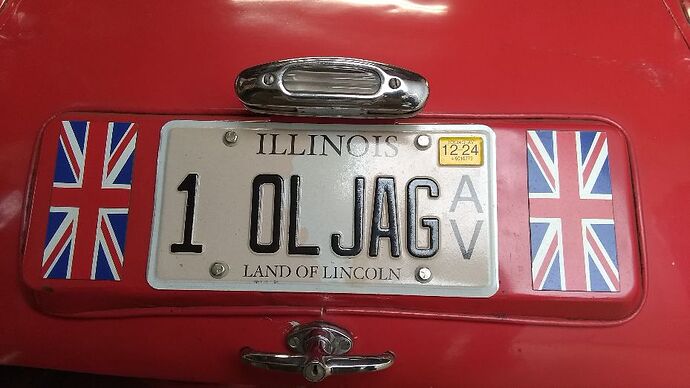