Restoring the tail lights for my Mark V.
They are painted white inside, presumably for better reflection of the light of the bulbs.
They are under a valence but never seemed very weather proof to me.
It seems like this metal shield around them could be intended for a rubber cover of some kind.
I got to wondering, was there ever a rubber boot or gaiter over the bulb tails? 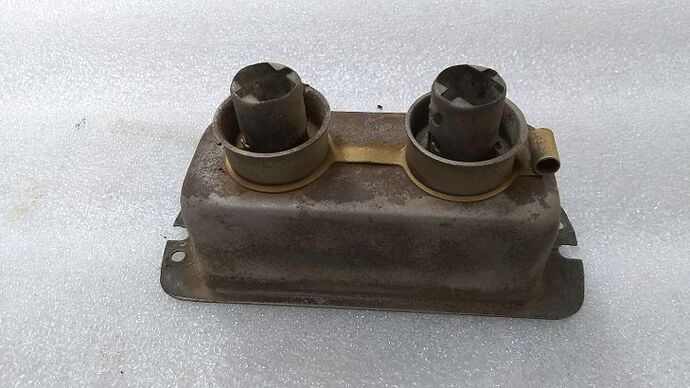 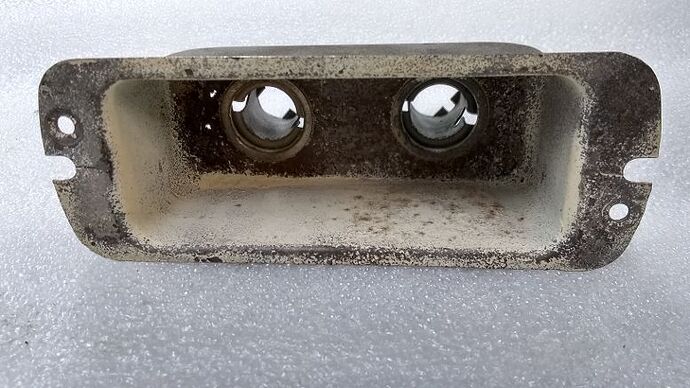 I found this page in a 1951 Lucas catalogue. 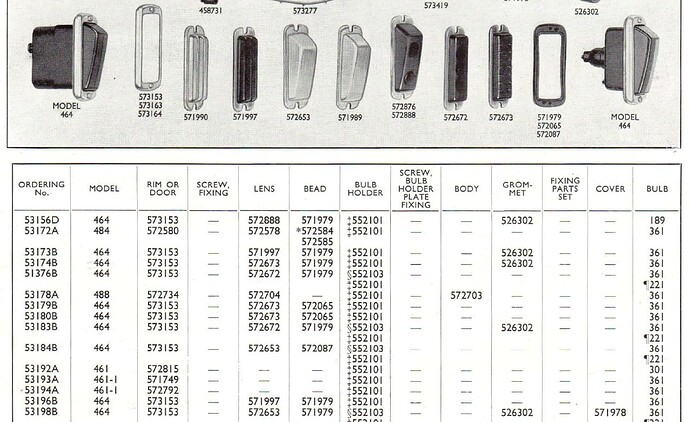 Anybody know of any other make/model that used this tail light?

It seems like it should have one. I imagine something could be made.
I did some searching and found Steele Rubber Products does a lot of classic car restoration parts. Here are the closest I found to what I imagined.
'42-'48 Ford and Mercury parking light boot, $37.49 ea 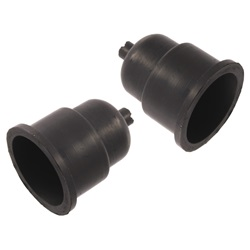 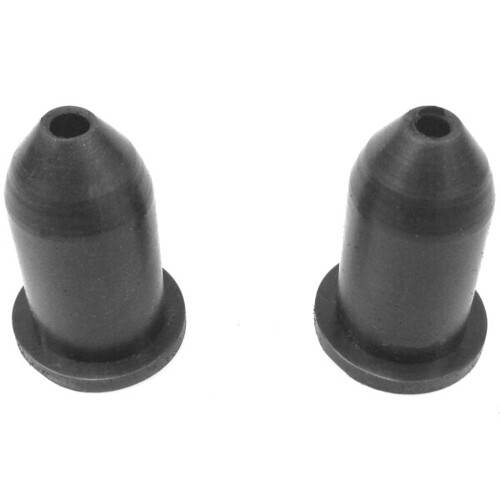 I found this on SNG Barrett’s website under C2979. Sadly it’s no longer available. At least it’s a photo! 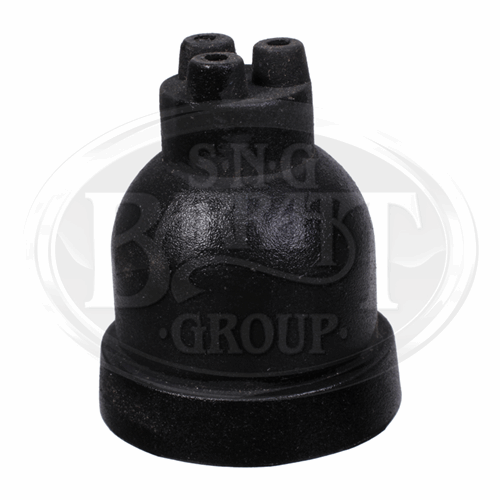 Just found this on the Paul Beck Vintage Car Parts in the UK.

I don’t know why I failed to see this before. pg 89 of the SPC

You were all faster than me, but yes, rubber grommets and there are probably the one and two wire versions, after all the first edition of the SPC was made before Jaguar added directional indicators to cars exported to the USA

There are at least three variations of the rear light lenses, remember?

On mine (#647194 build date July 14th 1950) there are two bulbs, the outer one being a single wire for the 20/21W flasher/ directional indicator and the inner side has the two wire dual filament 21/5W stop light / side light (parking light) bulb.

Mine were so bad I bought replacements I think from Paul Beck Vintage supplies with the ribbed lenses. I do also have original twin bullseye lenses for restoration, I think the lamps/lights were used at the time in all kinds of saloons, possibly came ready attached from Wilmot Breeden together with the bumper assembly.

On mine (#647194 build date July 14th 1950) there are two bulbs, the outer one being a single wire for the 20/21W flasher/ directional indicator and the inner side has the two wire dual filament 21/5W stop light / side light (parking light) bulb.

So on LHD cars the indicator would flash red through the red lens? What happens when you brake with the indicator on, red solid and red flashing from the same lens? That must be confusing for present day drivers unfamiliar with a non-amber flasher / indicator? With the RHD cars equipped with semaphores you can now add a ‘flashing’ festoon bulb which only requires power as the bulb open and closes the circuit causing it to flash. Peter Scott alerted me to them and they are great. 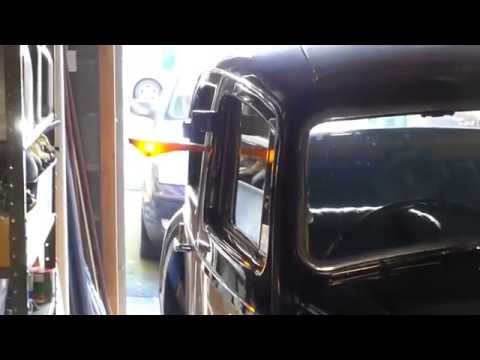 Well, before I saw the Paul Beck price I found a guy in Warwickshire on ebay with 4 NOS in boxes so I bought them.

Actually it was not all LHD cars that had flashers, only those for the USA and Canada, though even that is not without exceptions; I have come across three or four Canada cars with trafficators.

And I have found one Mark V on the net with the DB10 double relay as Pekka mentioned, so apparently either a non-recorded factory anomaly or somebody rigged it up later on. 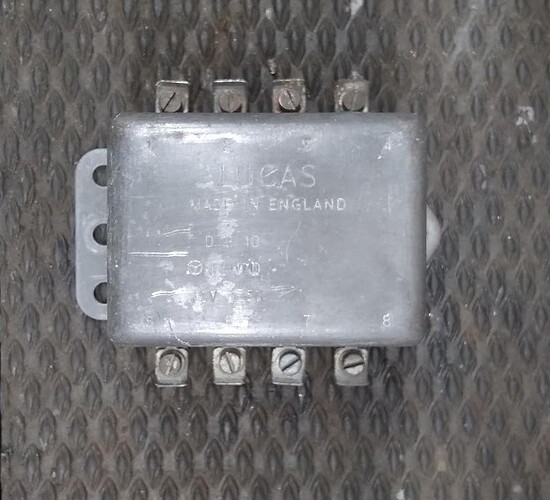 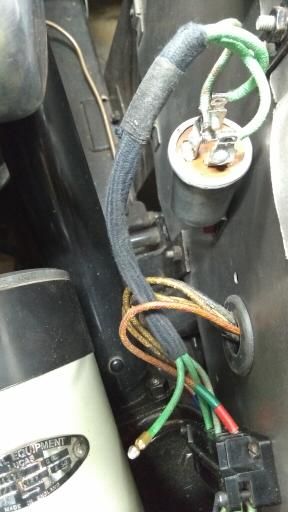 Thanks for the tip on the flashing trafficators. I may do that on my '38 SS, probably safer in traffic these days as nobody here has ever seen trafficators.

I think the red flashers are ok, though not very bright and mounted rather lower than most cars. 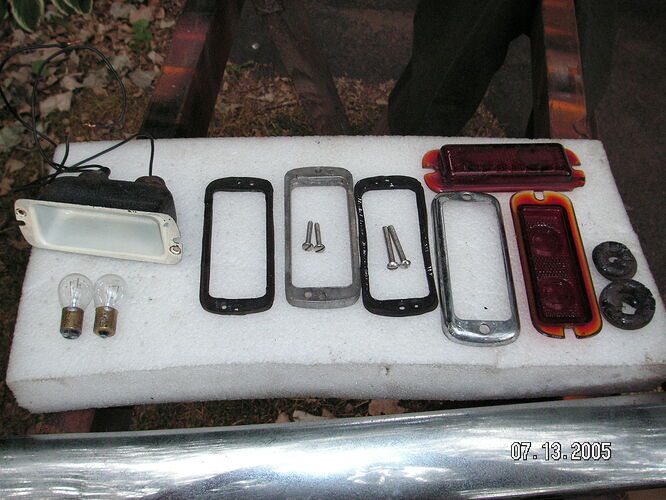 Mark V taillights 0041600×1200 309 KB
Some modern cars here do not have amber rear flashers, they have red flashers with red brake lights. 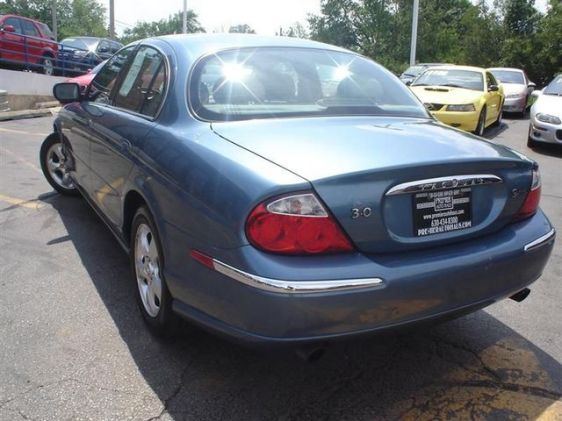 Speaking of separate independent circuits, the original wiring harness in my Mark V had the rear signal wires entirely separate, not wrapped in as part of the rear harness. Like they were an afterthought, or maybe it was one of the first batch of cars to go the US with signals and this was what they rigged up to use with a regular trafficator harness. It has the trafficator wires up in the roof, not used.

Well, before I saw the Paul Beck price I found a guy in Warwickshire on ebay with 4 NOS in boxes so I bought them.

Thanks for the tip on the flashing trafficators. I may do that on my '38 SS, probably safer in traffic these days as nobody here has ever seen trafficators.

I bought mine from Just Kampers. https://www.justkampers.com/flashing-semaphore-led-festoon-bulb-7mm-cap-12-volt-pair.html

Paint the inside red.

They were originally white inside.
I’m looking around for some chrome or stainless reflector cones.
Maybe I’ll take them out of flashlights (UK = torches).

Even with the LEDS, painting the insides red will REALLY make them pop!

I’m looking around for some chrome or stainless reflector cones.

I have a bunch of old Rover taillight escutcheons that have little round reflectors in them. If you want I can send you a couple for the cost of postage. 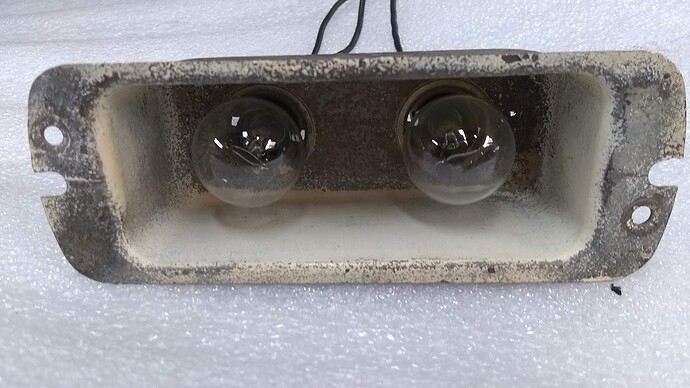 I noticed an interesting thing about these light sockets.
The notches are the same distance from the end, and they take a bulb with both locating pins the same.
Ok for the 1156 single filament.
Not right for the 1157 twin filament, which has offset pins.
It needs the 1176 bulb which has both pins the same.
Thus it is possible to put the bulb in 180 degrees out, and make the tail bright and the brake dim.

I will check when I get hone.

My NOS rubber boots from Warwickshire arrived yesterday. The seller apparently runs a business in Alvis parts. I wonder if any Alvis models used a variant of the 464 lamps. We don’t see many Alvis’s here (Alvii, Alven, Alvera?), never two together. I have seen this 464 rear light on a Bristol, another rarity here.
Interestingly, only one of the four Lucas boxes had the correct number 526302, the other three had 860556, which I found in a Lucas catalogue was the boot for the starter solenoid on '57 Riley and Wolseley. This 860556 is for the big battery cable stud, nothing like 526302, so somebody put the parts in the wrong boxes. Maybe that’s why they were unsold all these years. On one the ancient Scotch tape was still stuck on both ends, never opened before today. 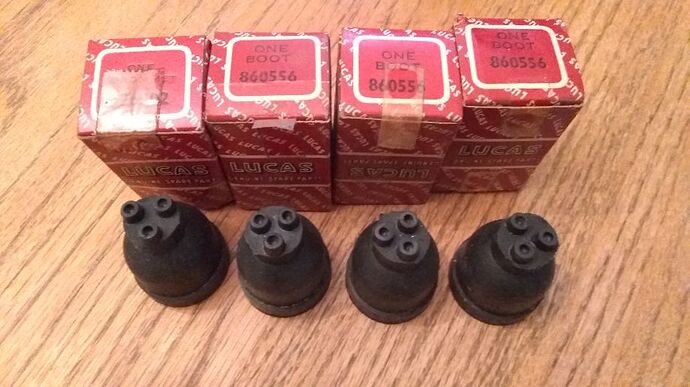 Progress report on the tail lights.
One is all restored and together. 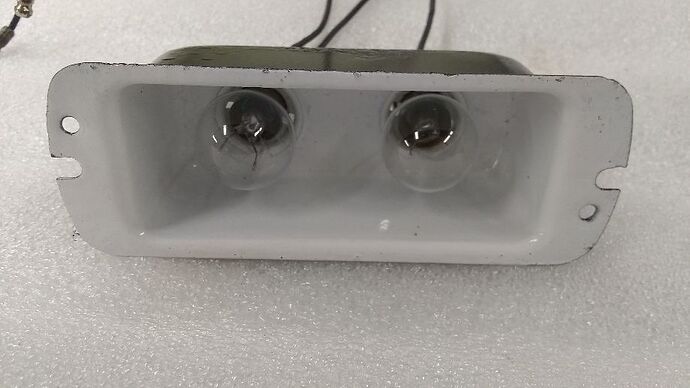 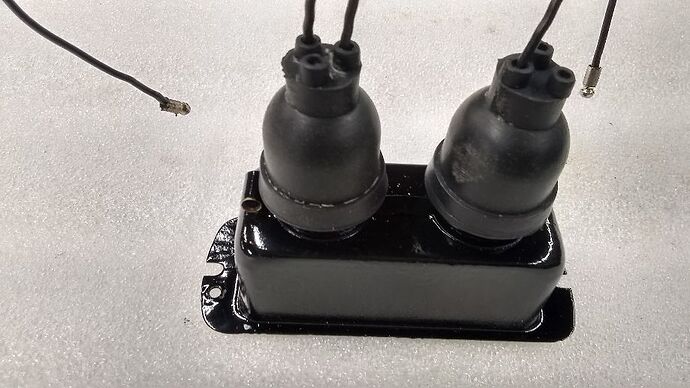 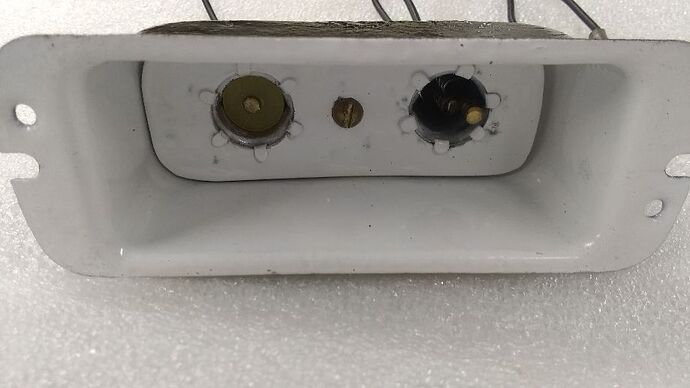 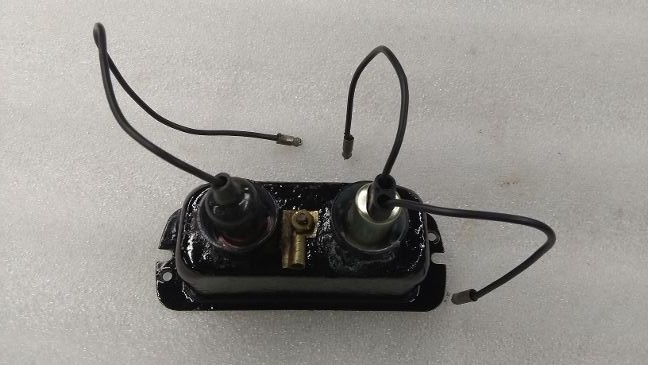 Got it all together, then discovered I couldn’t put the bulbs in, they were very hard to push in and won’t turn.
These are chinese made sockets, and the side turn dimples are not formed right, not the same depth as the main slot dimples. 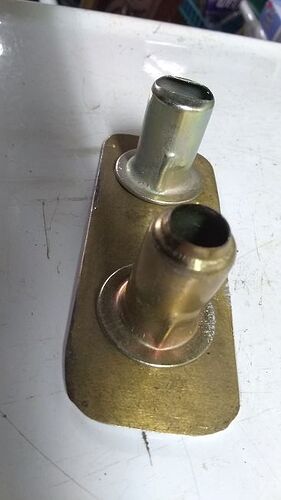