This topic comes up often enough on the XK forum, but I searched the pre-xk archives, and it doesn’t appear we have really discussed it here.
What do we know about brass tags on radiators of the pushrod models?
Are there different styles, varieties?
Here is what is on my Mark V.

I bet Ed Nantes will know.

I have Marston radiators on several era of Jaguars, flathead, but no pushrod and an Austin Healey.

None of mine appear like that. All are stamped from the back side, sweated onto the radiator top on some place and painted like the radiator with black paint.

They could have changed at some time?

I’d be interested to see pictures.
We haven’t heard from Ed in awhile.

Hello everyone,
Attached photo of my 1948 MK IV tag, including the leaded test seal on the left. 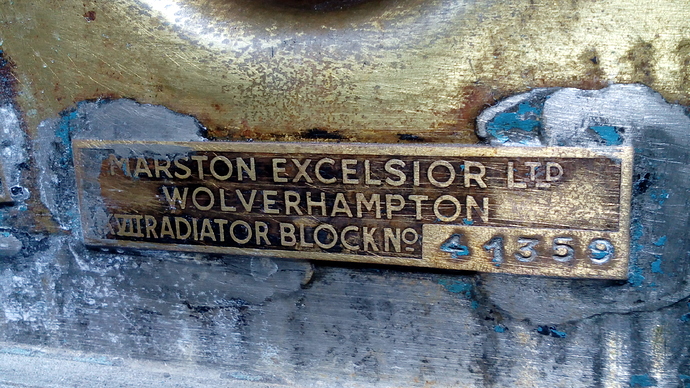 Here is some information about the company Marston Excelsior:

Had production factories in Wolverhampton and Leeds (England)

1919 Excelsior Motor Radiator Co of Leeds was incorporated. Suppliers of radiators to the motor industry including Jaguar.

1943 The radiator business of John Marston Ltd, part of ICI Metals Division, was merged with another ICI subsidiary to be named Excelsior Motor Radiator Co Ltd. of Leeds and became Marston Excelsior.

I did have my radiator reconditioned many years ago so the number on my 1939 saloon may just be from the reconditioner. I don’t think it has another plate. 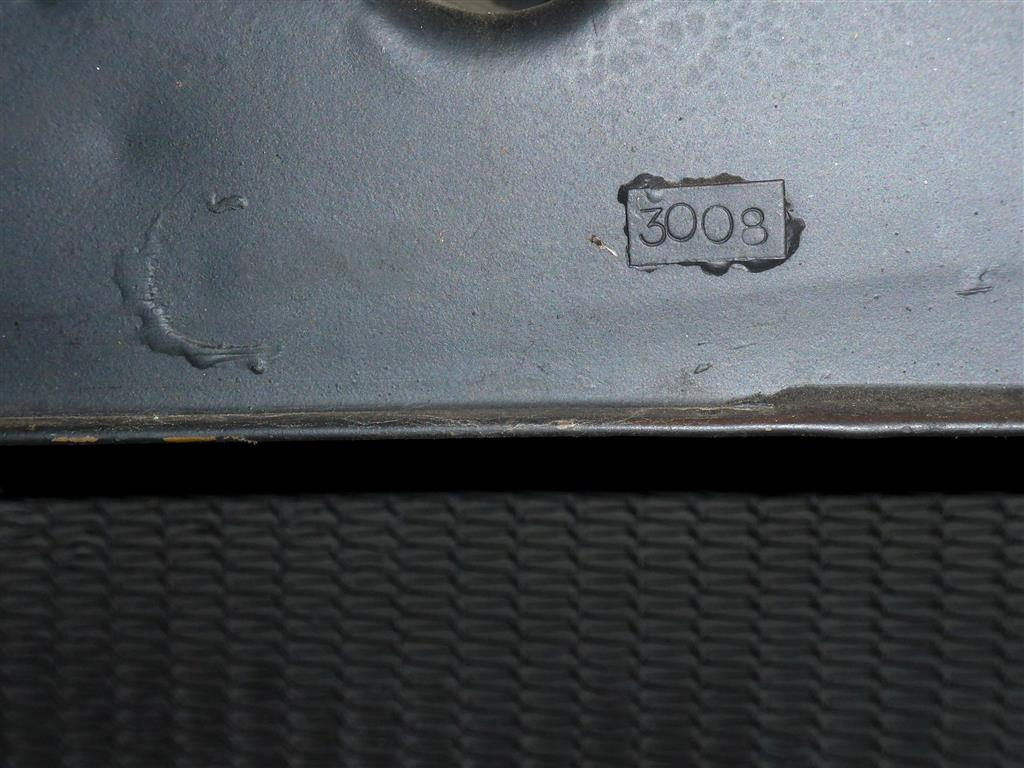 I suspect Peter that is the reconditioner’s number of 3008 - and the original tag removed as it looks like the outline of the solder marks left around the old label coincides with the position the Marston tag.

Mine was repaired in the past and has also this tag on it: 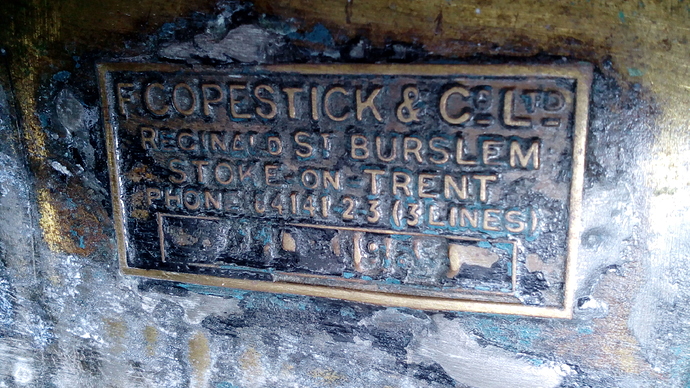 Some paperwork in my car records gives Marston and F Copestick as Radiator Repair service stations: 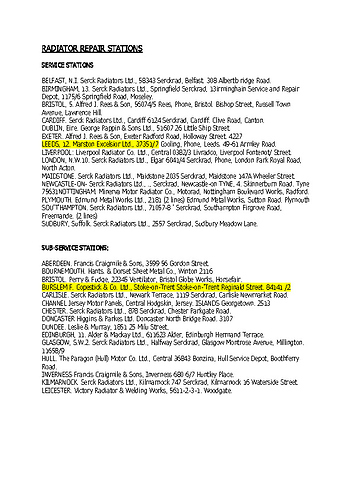 This is great! Interesting the Marston uses the term “film block” to describe it. I suppose because it is made of strips of copper which are sort of like film, then crimped into a shape and soldered together at the edges. As opposed to honeycomb or tube and fin types.
My '38 SS radiator has nothing, but I have a loose tag something like Daniel’s and David’s but not a rectangle, it has pointed ends like this.

Kind of a shame, that subassemblies long ago ceased to have these nifty brass plaques on them.

The Auburn engine–and others–had nice embossed brass plates on them. Shame I never took any pictures.

Your tag Rob then is pre 1943, as it has the John Marston name, and maybe it has the streamlined ends to make the car go faster and lighter weight!!! As the company had two factories (Leeds and Wolverhampton) then perhaps there were slight differences in their production lines - or could it be different radiators for different MK IV engine sizes?

Ok then I’ll use it on the '38. No one will ever know…
BTW the Mark V tag I posted at the top of this thread is the same as for XK120, but you’ll notice that to fit it on a Mark V rad they had to nip the corners and whack off the bottom. We’ve sort of figured out that P101 was the model or type number and 9 was the batch number of a long term order, assuming Jaguar ordered these from Marston in batches of 500 or 1000.
Anybody heard from Ed Nantes lately? I thought he would have something to say about these tags.

Anybody heard from Ed Nantes lately?

Ed recused himself from JL. He does respond to emails. 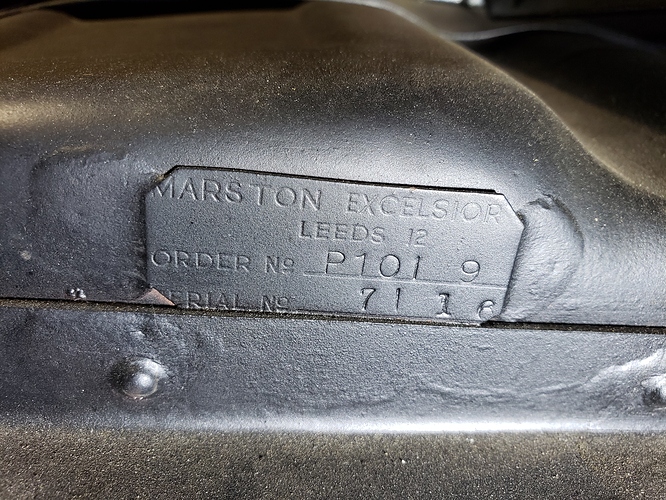 Isn’t this interesting, that 627933 dispatched April 18, 1950 has rad #7098 and yours is only 18 higher.
Either Marston loading the shipment or Jaguar pulling them off or both made no attempt to keep them in numerical order.