I have Qty 5 Michelin X tires for sale. There are 4 tires that are good. One tire is worn at edges. I have numbered them 1 thru 5.

I thought these would be good for show; not for street use but that choice is up to you. I personally would not have a problem with a short, slow, leisurely drive. I know you can buy new Michelins, but they are pricy; $400 or so EACH.

I think shipping would or could be looked into but I have been told:
Grey Hound
Fastenal
RL Carriers
YRC Freight
Are all lower cost shippers. I will help in any way to ship. 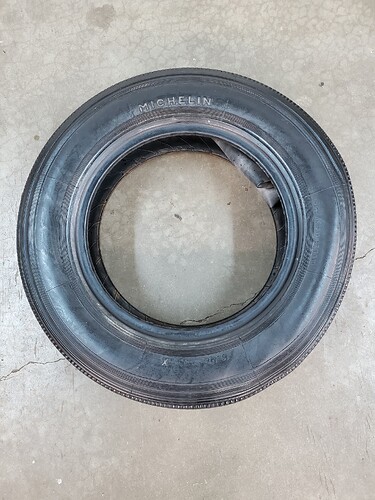 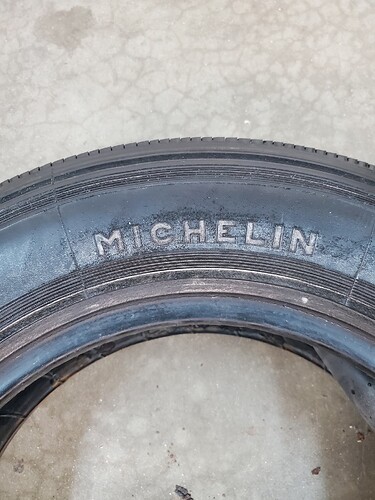 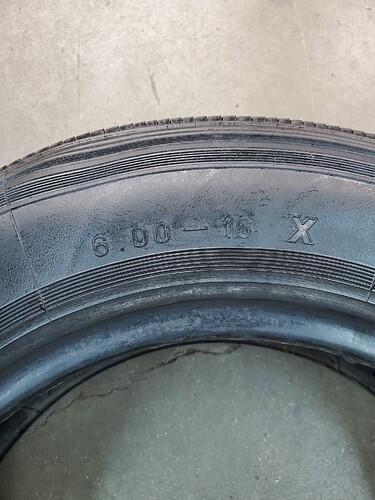 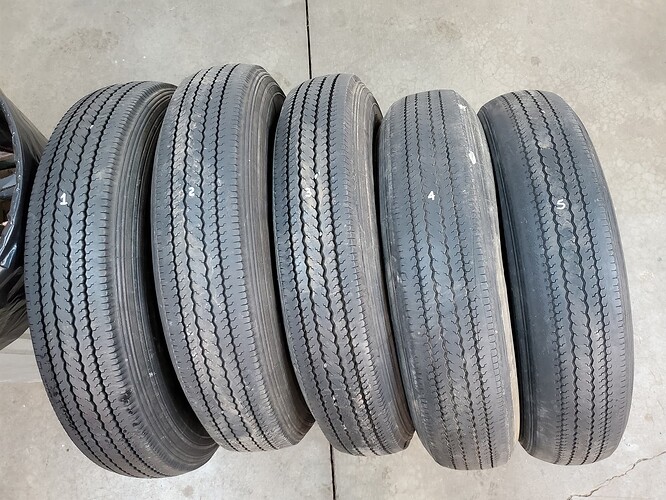 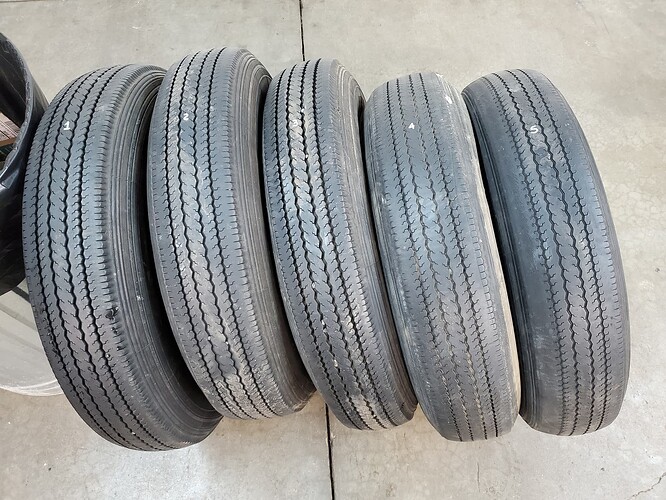 If I was in USA I would be very interested, but as you say show use only… These Michelin X Tyres with size shown as 6.00 - 16 date from 1955 to c1962, so makes them not just old, but 60+ years old …
In the early 1960s the British and French tyre manufacturers, both part of a European Tyre Association, came to an agreement, that only cross-ply (in US bias ply) tyres would show width in inches - thus 6.00, but from now on all radial ply tyres would show width in metric mm, thus 175 or 185 and also include the letter R (for Radial) in the size. So all Michelin X tyres made from c1962 onwards would be marked say 185R - 16
Took me a long time to track down an original 1950s Michelin X 6.00-16 that I wanted for research/display purposes, and indeed only recently fitted it to a spare 54-spoke painted wire wheel, that I may indeed display on the wall, or maybe carry in my XK140 as an ‘authentic’ 1955 spare wheel/tyre, not that Jaguar ever supplied any radial tyres to new XK140/150 for UK legal/liability reasons. The agreement over inch or mm width marking was all part of addressing British concerns about the dangers of mixing cross ply with radial ply tyres which was a major legal risk for a car manufacturer, but of course owners choice if they wanted to fit aftermarket radial tyres themselves…
See my efforts following…, green colour shown, not as it is… 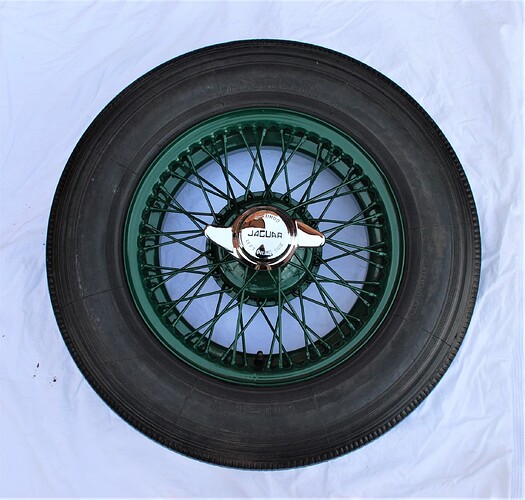 Can I ask you, are your tyres MADE IN FRANCE, or MADE IN SPAIN, - as clearly marked on side wall

I will check the manufacturing country tomorrow.

Why thank you! Looks like they were made in France.

Yes, I had noticed the one pictured showed MADE IN FRANCE on the front side, and will most likely say Fabriqué en France on the reverse side. And if one of this set is French, presumably all five will be, but I am aware these 1950s Michelin X were also made in other of the 1950s Michelin factories, such as MADE IN SPAIN, but I wonder if this 6.00-16 Size was also made in GREAT BRITAIN factory or not…