I purchased from Englan a set of Ramsey Door Rubbers and the fur flex . I am having all sorts of problems trying to get themonto the car. I spoke with a chap who said he put the clips into the metal, then glued the rubber to the door opening, waited for the contact glue to set, then he cut the “inside” section of the rubber off so he could then get the fur flex over the metal of the door opening and the rubber whilst getting the clip lock furflex to stay on.

I have tried all sorts of methods to do as he suggested but there is no way I can get it on neatly and get it to stay there. It appears that the furflex is ok on the metal of the door opening on its own but as soon as the ramsey rubber (either whiole OR trimmed) is introduced it opens up the U section of the furflex clip and it just falls off.

ANY assistance from someone who has actually done this and succeeded would be greatly appreciated OR if there is a KNOWN alternative that looks origional and works I would also like to know because I spent a lot of Au $$ on something that just doesn’t seem to be feasible or work.

Thanks David. I can also be contacted at dellis@pnc…com.au

I wonder if what you’ve been sold is the same as some stuff I bought for my Mk9.
I bought mine as new, second hand, off eBay. I suspect the vendor had tried to fit it and given up.
Can you put a picture on here for comparison?
I eventually got the rubber clipped on ok, but had to glue the furflex on with Evostick because it just kept falling off. It bore no resemblance to the original. 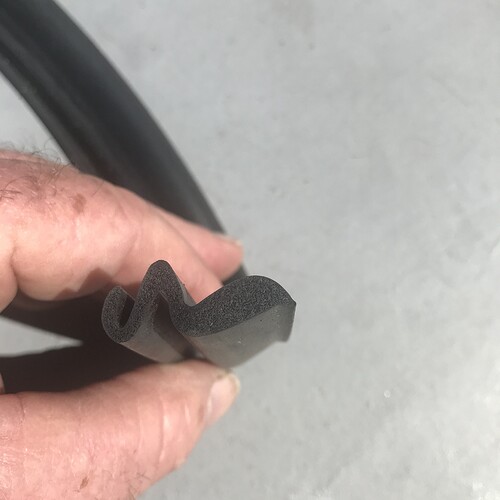 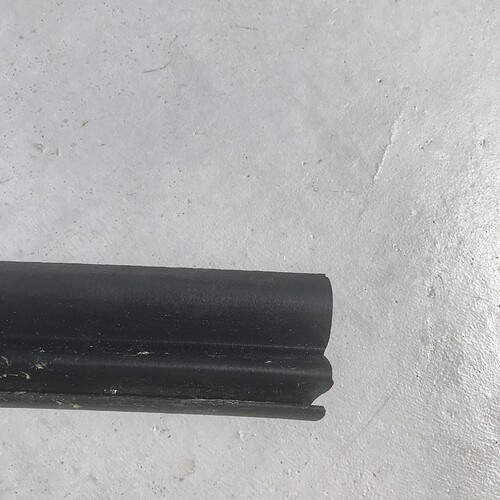 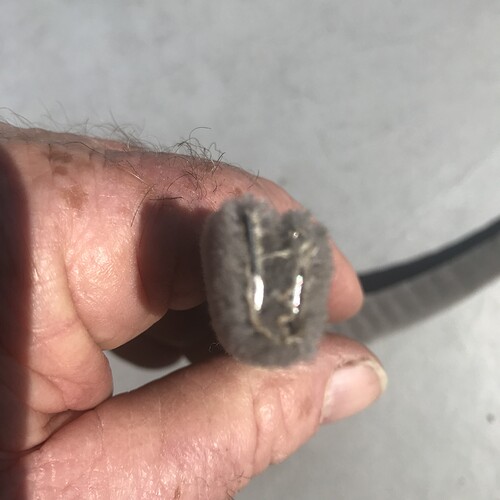 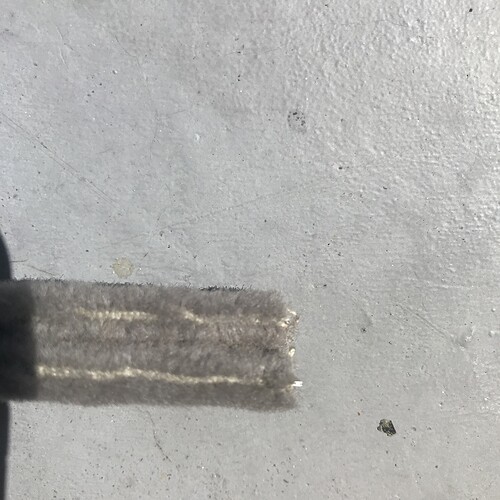 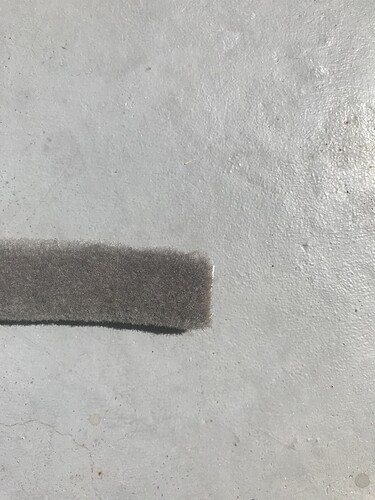 Thanks Wardell,
Tried to up load but doesn’t seem to up load Sorry . send email address and I’ll sent direct to you. David 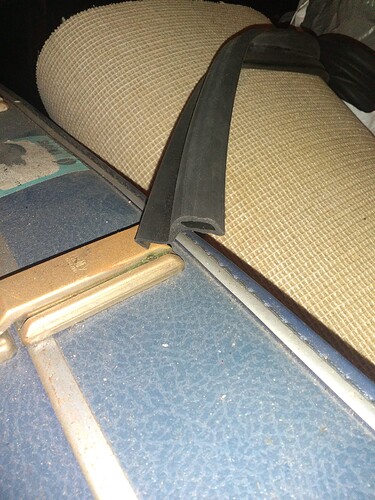 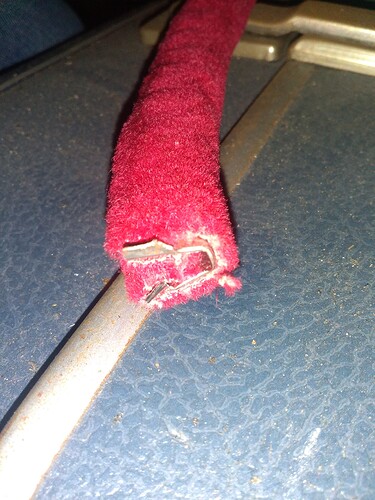 IMG_20210117_1527302448×3264 1.63 MB
Actually your photos have uploaded after all!
Your seals are the same as the Mark 7 8 and 9 models, but not the Mk2.
You will see that the rubber seal I have differs in that it is perhaps a bit thinner, has a hollow section to it and is probably less dense. I had no problem with this seal, and it did clip on ok. Since I fitted it about 5 years ago it has compressed nicely.
My problem lay in the furflex type of seal, which looks to be the same as yours. It bore no resemblance to the original and simply fell off when I slammed the door. I tried squeezing it together with pliers but it still came away, especially around the tight corner near the rear quarterlite.
Here in UK, Evo Stick make an adhesive called, Sticks like S###, yes that’s exactly what it’s called and it does just that. I used a clear version of this to glue the seal to the rubber and it’s stayed put.
I only paid 40 pounds for the furflex, so I can’t moan too much. The rubber seal was given to me by a friend who hadn’t got around to using it on his Mk9. He obtained it here in UK. I’ll ask him if he can remember where he got it from.
I reckon that the furflex stuff is made to just bang onto a simple flange, like many cars of that era had. It’s certainly not made to fit over a section of rubber, it seems to have a very soft mild steel core which isn’t springy enough to provide any sort of grip, and someone should inform the seller that it might be ok for a Morris Oxford, but it’s no good on a Jaguar.
dellis (dellis) January 17, 2021, 11:55pm #7

Hi Wardell, Thanks for your update. Your rubber is different to mine which
I purchased from SNG Barratt together with the fur flex. The problem I
have is the same as you. The fur flex doesnt fit over the rubber and clip
onto the door opening and stay there . I am unsure if I can get the clear
“Sticks like S###” Evo stick Here in Australia. I may have to research a
supplier here.
Thanks for your input
David

This Evo Stick adhesive is like a very heavy duty silicone. It comes in white, black and clear. It’s a bit messy to use but pretty permanent when full cured.
I opened out the furflex , put the glue on the rubber, and the hammed on the furflex. I then squeezed the furflex together and clamped it using G clamps an pieces of wood.
Not an ideal situation, but making the best with what seems to be the only product available
I think we are agreed that the problem is not with the rubber, but with the design of the furflex which in this application simply doesn’t fit.
Hopefully we can bring this to the attention of others before they fork out their hard earned cash.
The black Evo Stick Sticks Like S### is good for sealing around windscreens. It’s not an automotive product, I got mine from a builder’s merchants.

I want to suggest you look at the equivalent door seal for a TR4. It goes on as one piece but it may not be the exact profile you expect. Not sure of color availability. IIRC mine came from British Part NW.

Thanks for your thoughts Tucurious, can you explain the last sentence I dont understand “IIRC mine came from British Part NW.”
Thank you

Hi Guys, I also found this company “http://www.automobiletrim.com/images/title.gif” They seem to have a number of pieces one of which seems to be Extremely close to what I wanted . I might see if I can get a few meters to see how it fits and if it will do the job. It really looks like it may comparing the measurements. It may take a little time for the door to be able to close “quietly”

I bought some “Furflex” with integral rubber from a company called “British Parts NW” It was intended for a TR4 and comes in about a 3 or 4 foot length. I like it because you are not fighting to put one piece over the other. My application was for a door seal on a 140 OTS. They have a few colors but not necessarily the full range of Jaguar colors. Sales