Have a question regarding the inner lining of the trunk/boot, I know that there is no liner on the floor, but are the walls of the car trunk/boot clothed??
rgds 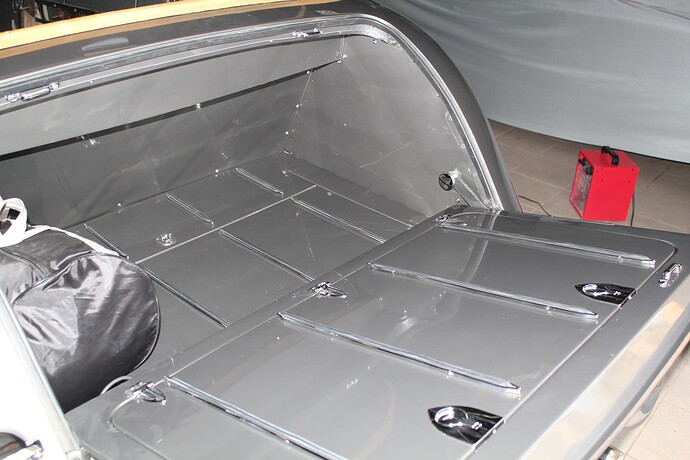 No, there is no cloth or carpet in the boot.
There were developmental changes in the Mark IV boot, but by '48 it seems to be very similar to the Mark V boot, which was pretty much standardized.

The problem with this is that the side and back panels can easily be scratched by anything that can slide about. In addition, mine has all panels, including the floor, made of aluminium and can dent easily.

I saw a photo of one which had rubber runners, the same as on the floor, fitted to the back panel. A good idea by an owner.

I’m no expert on the MKIV or earlier but I would strongly suspect it was just as all MKV trunks that had all the side, bottom and rear panels painted in chassis black instead of body colour. That is because they were first fitted after the body had been painted, thus only the trunk lid was body colour, inside and outside. Same thing with the spare wheel well, lid / door is body colour (& the hinges) but the tray is black.

I would strongly suspect it was just as all MKV trunks that had all the side, bottom and rear panels painted in chassis black instead of body colour. 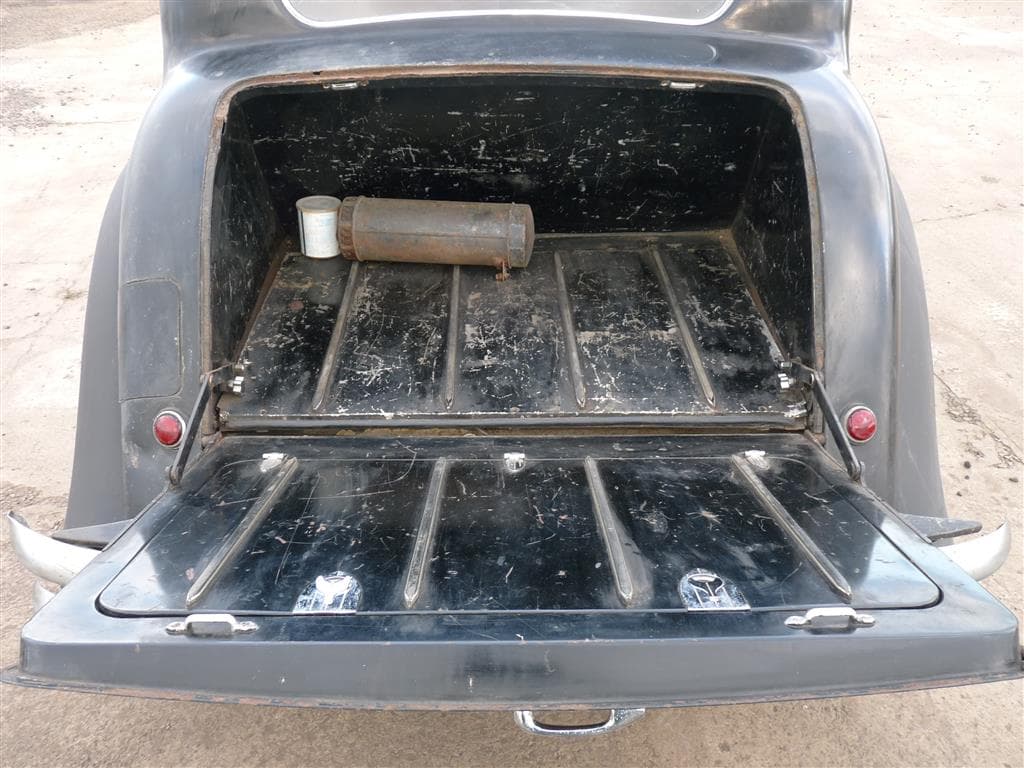 That makes logical sense. If it is all black, it makes the assembly line simple. I only have black Mk IVs so they don’t rank as a sample but I recall a colleague’s Mk V that had a boot of body colour with, what seemed to me, rather aged scars and scuff marks but I don’t know if it was repainted at any time. I’ll vote for the standard being black.

Always black from the factory not body colour unless black, of course!

On my Gunmetal car the boot lid and tool tray lid were Gunmetal, but the floor, sides and front panel were black when it came to me in 1969. 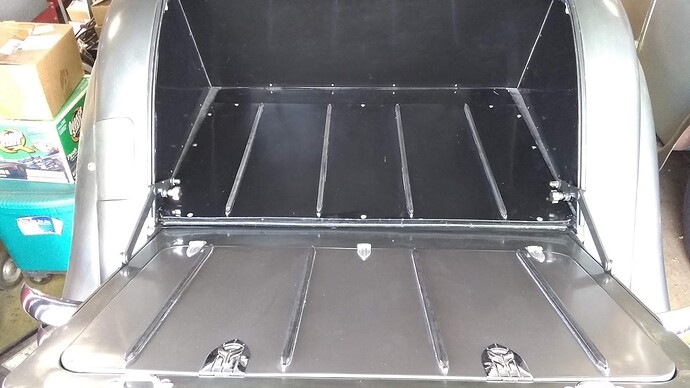 IMG_20220514_1618578581520×855 172 KB
The boot lid was fitted to the body and the hinges adjusted before it went through the paint line, so it naturally would be easiest to do it in body color. The tool tray lid was presumably painted separately, but there was no need to match it to a particular body, as they did with the sunroof panels by stamping the body number on the edge.
1 Like
Roger_Payne (Roger Payne) October 14, 2022, 6:28am #9

Robs photo is as per I believe to be original, based on a fairly thorough check through all my Mark IV photos I have accumulated pursuing detailed tool kit originality, albeit lots of tool kit photos, and not so many of the luggage compartment/boot area.
The search is of course aggravated by the overwhelming majority of Mark IV being painted Black originally…
But from what I have, seems most definite that as per Rob’s photo, the boot-lid and tool-tray lid are painted BODY COLOUR, and the sides, back, and floor of the luggage compartment are always BLACK, regardless of the body colour… 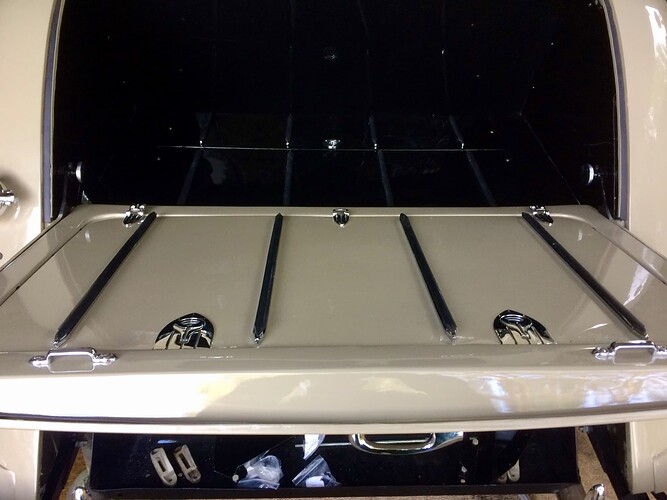