Here are a few photos of my engine (as purchased by me last month).

Feel free to comment about any of them and add pictures of your own, if you have them. 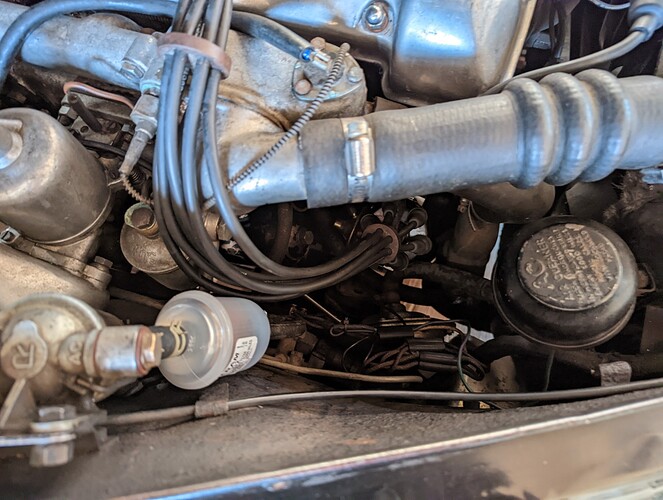 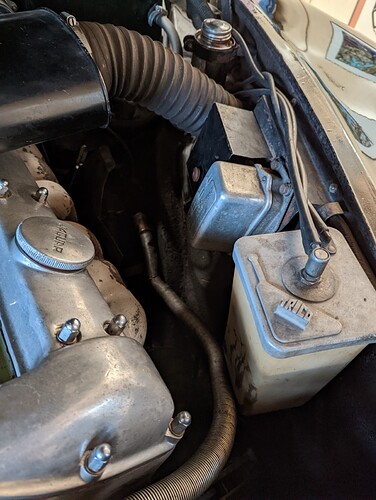 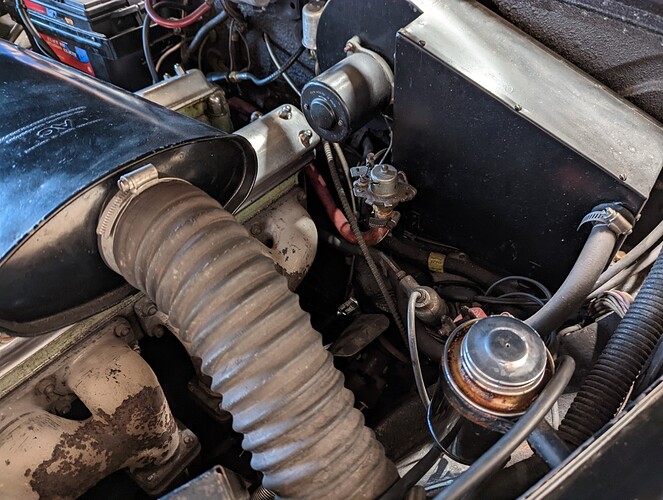 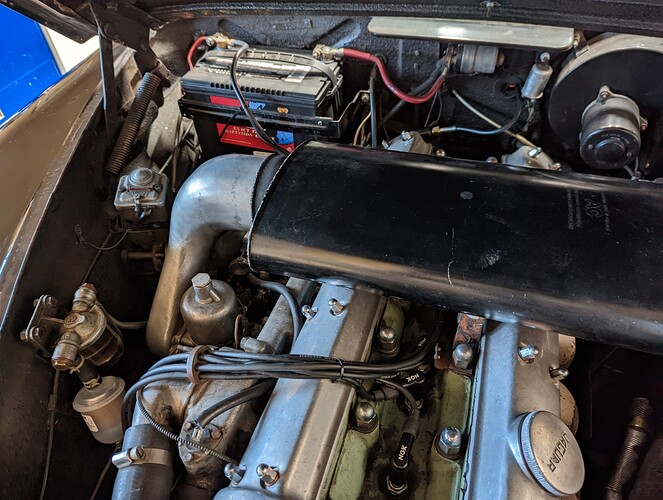 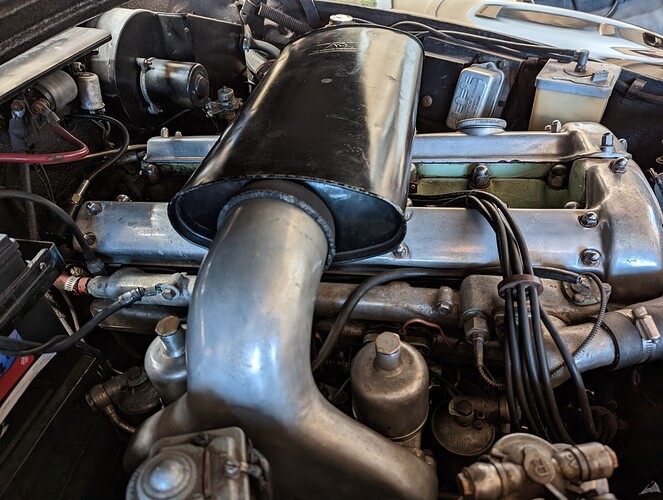 Cylinder head color is greenish (like mine was) so another example of “duck egg green” on 3.4 engine.
Where does “duck egg blue” controversy come from … ?

I would guess this is the answer to that question. The dress is a photograph that became a viral phenomenon on the Internet in 2015. Viewers of the image disagreed on whether the dress depicted was coloured black and blue, or white and gold. The phenomenon revealed differences in human colour perception, which have been the subject of ongoing scientific investigations into neuroscience and vision science, producing a number of papers published in peer-reviewed scientific journals. The phenomenon originated from a washed-out colour photogra...

If you need front exhaust pipes, I have a new set I’m not using.

Never seen such a Trico Washer bottle, looked it up.
This is a much later ( used by Land Rover ) model from plastic.
MK1’s came with a rond glass bottle.
But it fits nice in there.