Hi folks
I am starting the rebuild of the passenger seat in my 46 3.5 Ltr MK4. The frame is mostly beyond restoration to be honest so I plan to rebuild it. I have managed to free up the seat adjuster so it moves nicely, I will finish that off shortly.

My question is : underneath the lowest part of the seat frame are 4 strips of metal that are riveted onto the frame but I have no idea why they are there. Can anyone offer some guidance please? 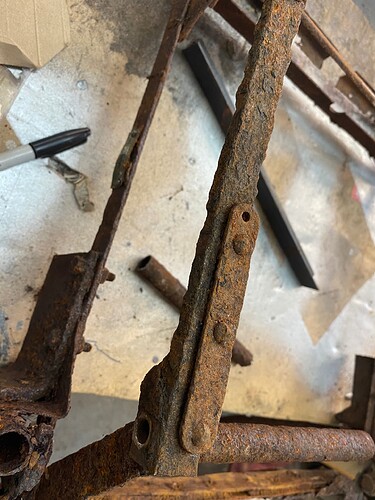 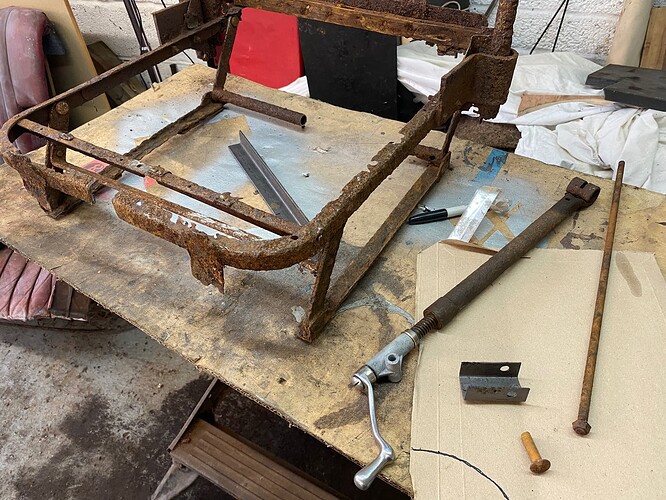 One at each corner, under the hinges, right?
They are to strengthen the lower frame rails, because there is a large bending force on those rails if you crank up the seat with someone sitting on it.
I don’t see them on Mark V seats, but the lower rails may be of thicker gauge to compensate, and they must have felt they didn’t need them.

Confirmed Rob, one under each corner next to the hinges.
Your theory make sense and it wouldn’t do any harm, so I will add them to the seat frame when I rebuild it.
The bottom frame rail seems to be 3mm angle iron but the manufacturer trimmed back the vertical edge for some reason which would make it weaker, so perhaps they had to add back in some of the strength

I am curious if the seat winder and handle in the MK7 is the same as a MKIV and/or MK5 ?

If they are I have some MK7 seats that I would possibly remove those items from, as the seats themselves are in varying condition, and may not be saleable as is, they would be thrown away, due to their bulk

I have seen a few people wanting these parts for MKIV and V, and possibly heard they are the same

Top half is MkV bottom half MkIV: 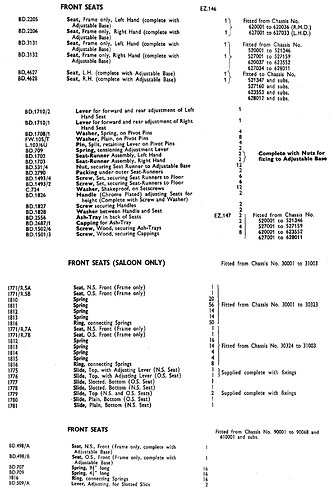 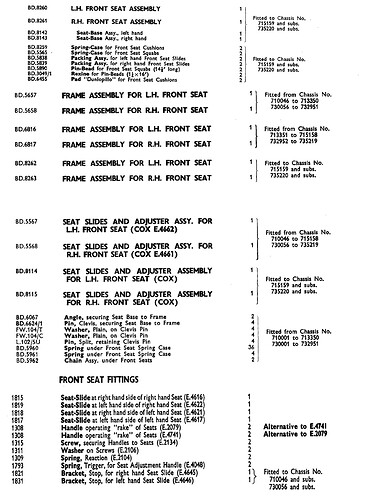 My Mark V seats are all up in the rafters of my garage, but I managed to get these pix. 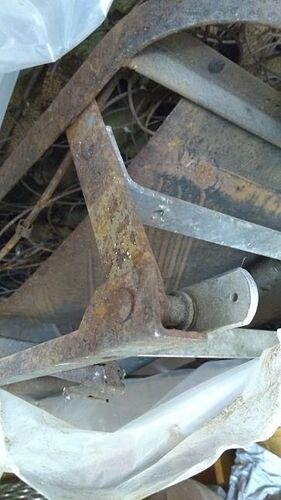 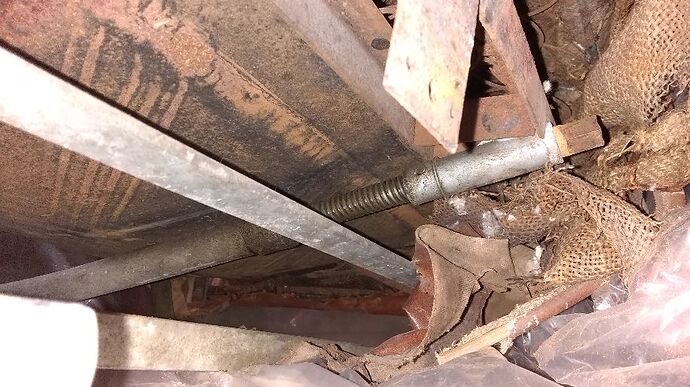 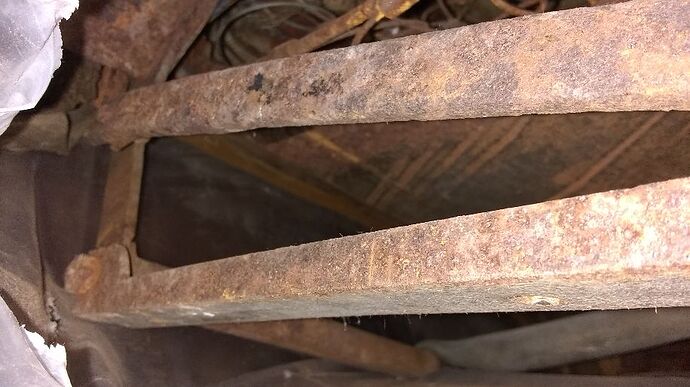 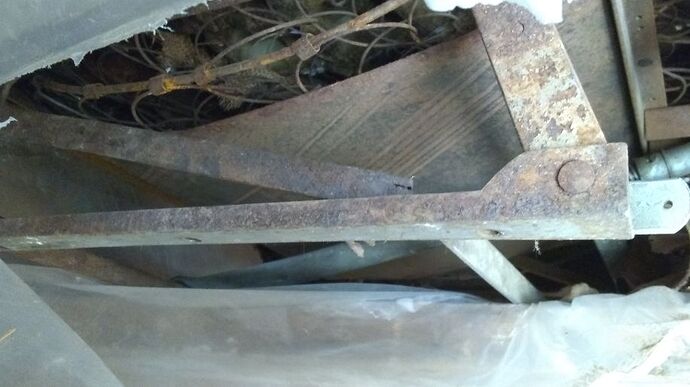