Guys I’m in shit! I had an accident on 12/21/2022 not particularly serious but in need of body work. So on 24/12/2022 I drive it to the workshop and the car is parked above the bridge, ready to be worked on on 02/01/2023. The coachbuilder starts work but when he decides to turn it back on to move it, the car doesn’t start. Many mechanics and electricians were called (all very hurried) who carried out a thousand tests…The petrol passes so the tank and pump are ok…the electricity arrives so if you throw thinner into the spark plugs the engine runs and does burst…so coil, starter motor, rotor button etc etc are ok…it seems that for some reason the injectors don’t send petrol…but they do have electricity because it has been tested. What the hell is stopping this car from starting? An elderly mechanic spoke of an “ignition module” which gives the injectors the impulse to spray petrol in the position of the arrow that I have put in the attachment. Could this be it? Otherwise what? All I know is that I’ve been shutting down a garage for 10 days. 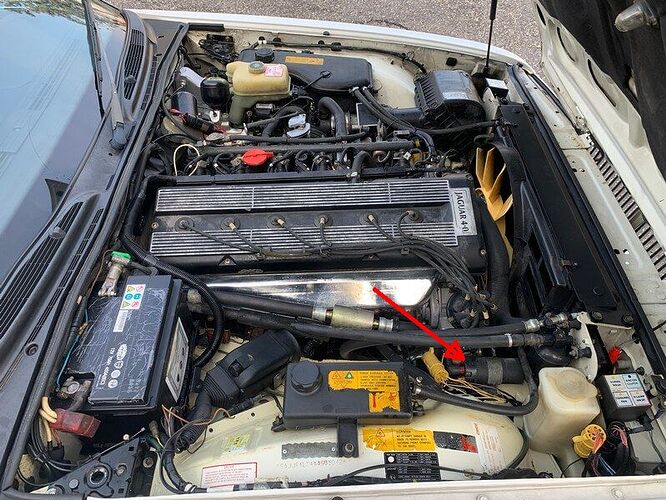 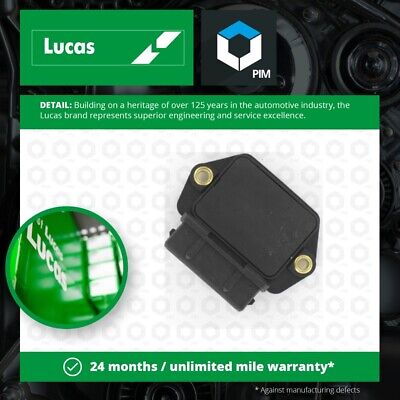 What the hell is stopping this car from starting?

Perhaps the crankshaft position sensor (CPS) that is mounted at the front of the engine above the toothed timing wheel. When you crank the engine do you see activity on the tachometer (rev counter) on the instrument panel? If not you may have a bad CPS. Before replacing try unplugging the connector at the CPS and reconnecting, could be a loose or oxidized connector.

Could you show me any photo about this connector? I want try to move…

Throttle Position Sensor (front left, next to the trigger wheel in the cam). In case you have no pulse in the rev counter when you crank, you have it. 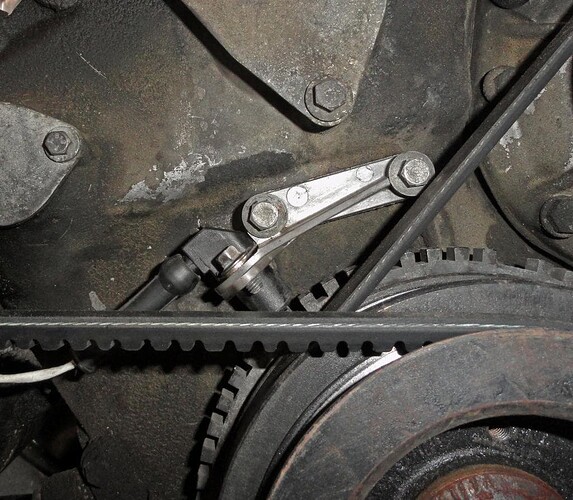 Thank you very much for your precious support, I have ordered both the module and the cps…they arrive on Friday…But could it be due to something else? After 10 days of downtime, the car hasn’t started anymore and apart from the injectors that don’t inject, the rest seems to be fine, I want to cry!

I can’t remember if the car is fitted with an Inertia Switch?

By now the battery may be a bit depleted, check that the voltage isn’t dropping too low when trying to start the engine.

What is it this inertia switch?

Inertia Switch Vehicle or Crash Sensor is a devise that disables the fuel pump or fuel system in the event of a collision to prevent a fuel related fire.

A large ‘pot hole’ can also trigger the switch. (any sudden impact)

Ok…and have I this system in my 87 Daimler 3.6? But if was so…why the car driving After collision and after some days?

however while I wait for the pieces, I want to think! the car slammed into the left front corner at 25kmh … suffering injuries as shown in the photo and causing the total loss of liquid from the radiator from its left corner. The car was driven for 5 minutes to a parking lot and then after 3 days moved into the body shop. Here it is placed on a bridge and the workshop is closed for holidays for 10 days. When it reopens they call me to tell me that it won’t start! Now tomorrow I will investigate trying to figure out if they have inadvertently touched or tampered with something … since when I arrived, the headlight … bumper, driver’s side door, rear lights and front hood had already been moved. I wanted to have all the rust removed by taking advantage of the vehicle being stopped…now you have clear the dynamics prior to the problem. I am sure that the answer to my problems is between the rooms of this forum … it must be so, also because I always have the feeling that mechanics … electricians are just trying to guess. 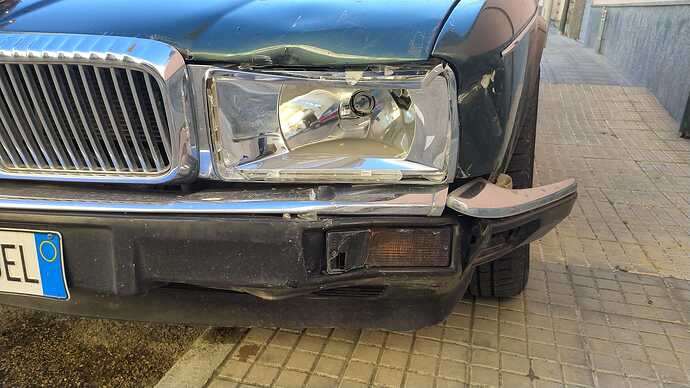 I don’t know if the car was ‘jolted’ or ‘impacted’ after the first collision or if the car even has the inertia switch. Just a thought because I KNOW the X300 and X308 cars DO have that system.

I forget a bunch of things since I left the dealer and since I sold my 1992 XJ40 years ago.

I think all cars with FI are fitted with inertia switches due to the high pressures involved, the ‘40 certainly is.

I found this button…if I push up the panel instrument is off and if i I push down it turns on…but the injectors are not doing their job. Maybe that is not the inertia switch. 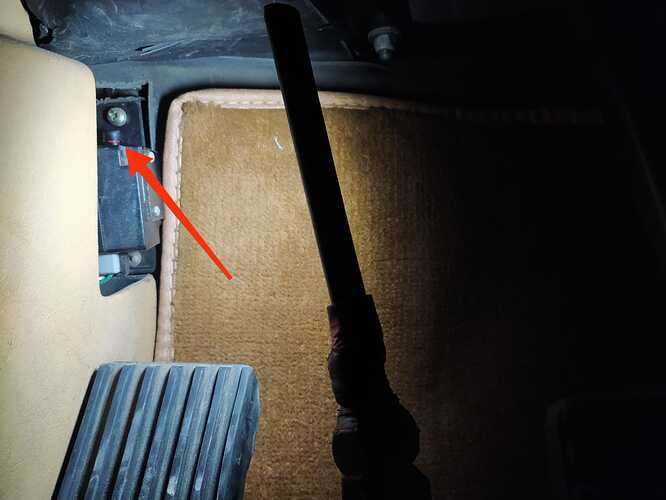 But in the end the problems have reduced, I think, to a few causes…if the petrol arrives and it’s the injectors that don’t send it, the problem is electric! The mechanic tried to remove a spark plug and put some thinner and when you turn on you hear that there is a burst … and the spark plugs are all dry. So the question is what can prevent the injectors from doing their job? The module…the sensor…those are coming, is there anything else?..
p.s. The car didn’t start and the coachbuilder started the restoration work anyway by detaching the driver’s side door, the bonnet and the front light from the car… on the control panel I read circuit 2 failure… I don’t think this has anything to do with it maybe it’s only warning of a problem with the lights (since the light is not there)…

Look at the rev counter when cranking the engine.
If it doesn’t show any RPM, the problem is the crank position sensor as Mike Stone suggested. If it is faulty, the computer doesn’t know when to pulse the injectors so no fuel will be injected.