Hi All- I just signed up to JL today; and this is my 1st post…
I felt compelled to share the project that my great buddy, esteemed JL member, world-famous Jag, AM and Ford GT authority, GTJoey, and I completed today…
My Lynx Jaguar D-Type has a 1966 Series 1 E-Type donor. It was running OK, but the motor would break up at upper revs, hiccup, and sporadically not start when motor was anything but cool. Along with this, the Lucas generator was making less than ideal power; and not charging the battery the way it should, leaving me hoping. Not to mention there were a few klicky klacky sounds with every bump in the road.
I listened to Joey’s advice and we moved forward with the install/swap of the points ignition with a 123 Distributor, as well as the Lucas generator with a WOSP alternator…
And, boy, am I happy I did…!!! All the above issues have been solved ! And the car is pulling like a freight train, making power, sounds fantastic and is a pleasure to drive, hard … I am glad so very I listened to Joey’s advice… he’s never steered me wrong, wih any of my cars… this project was no exception. GTJoey even fixed the klacky noise with some ingenuity.
Being a purist is cool; but I drive and/or race all my cars, hard. No dainty garage queens for me: I need solid reliable/optimal performance… If anyone is one on the fence about these swaps/upgrades, you should listen GTJoey’s advice too… a world of difference, The man is an authority and national treasure… Lofty England and Tony Rolt and Duncan Hamilton would be proud.
Best - Kurt
PS I would like to post some picts of the project but it seems I am not allowed to yet, as a new member, I will do so when I am able/allowed…

Welcome to the forum Kurt, interesting that the site hasn’t marked you as a new member, we normally have a blue banner across the top of the post to draw attention to that fact. Anyway great to hear that you are now over the moon with your car, we had a club run yesterday and one of our members had his Realm ‘D’ out it always gets comments as I’m sure yours does.

Wow Thank you for the kind words!
Your car is wonderful it just needed a little attention
I cannot say enough what the 123 does to a 3.8 or 4.2
Your car though is special
Enjoy it and Thanks for joining the Forum!
Jags for life!
Gtjoey1314

) Yes- the Lynx is a pleasure, and even more so now., wish I could’ve joined you guys, and the Realm… Kurt

Thanks to you, GT Joey… you rock… ! Kurt 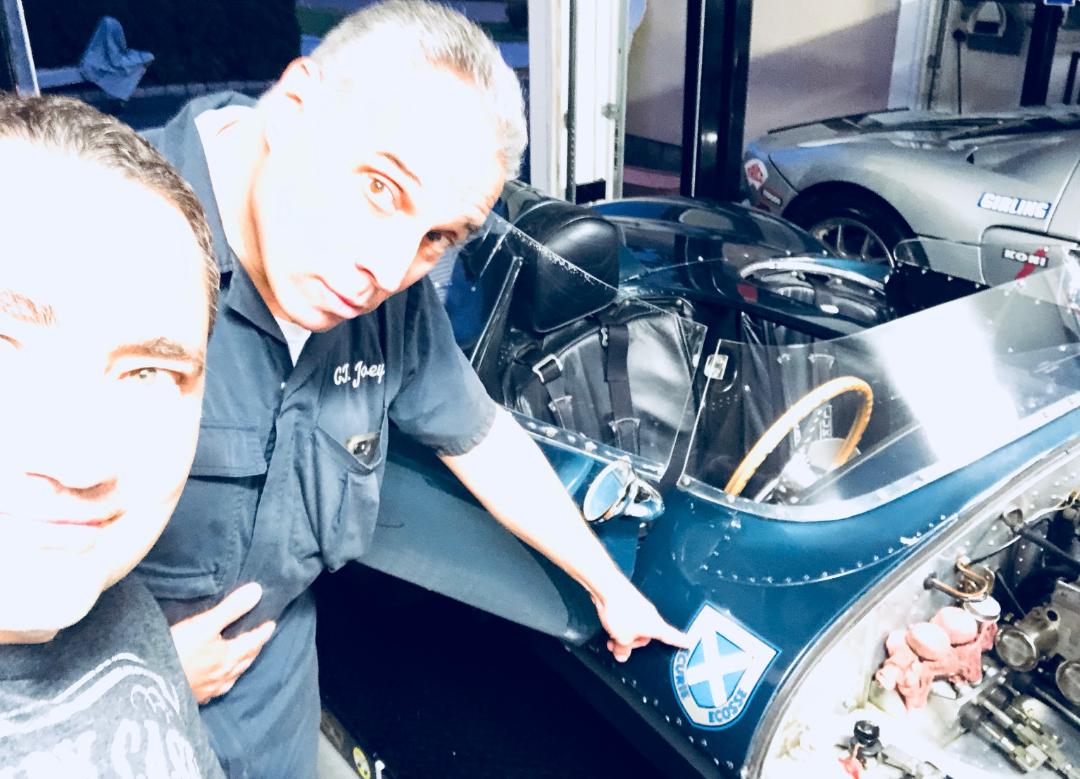 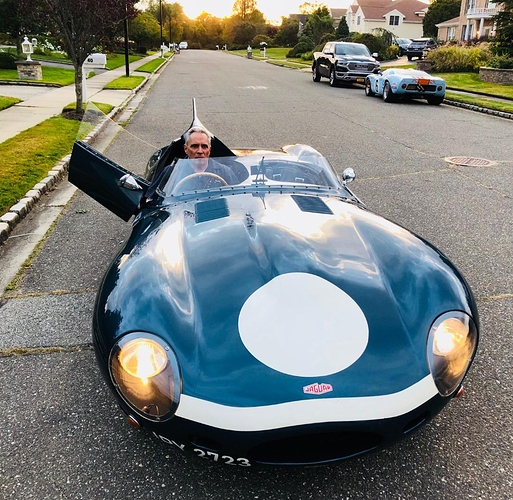 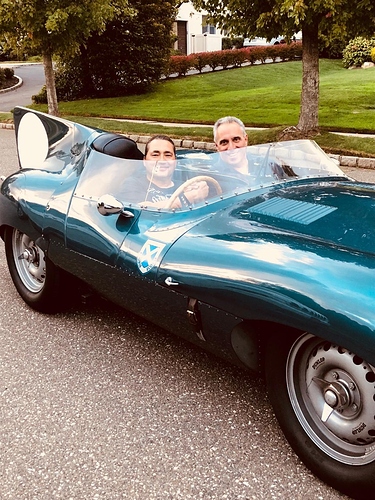 wish I could’ve joined you guys, and the Realm…

Would be a bit of a journey

Nice to hear from you Kurt, and good to see you have one of the Lynx D-types. Could you let me have the chassis number for my records please? My Ecurie Ecosse was L77/2, so the second car made. Yours will probably be much later, so as an example L88/38 or such. Have you had the car long? They are without doubt some of the best-made replicas around.

The sad news is that under the skin a Lynx is no more than a reclothed E-type, and as a particular example has IRS and not a solid axle. As such, for racing purposes in many countries, they are not correct and cannot race in “proper” racing, but are sidelined to club events or such. I have used all my cars in such events, but as for racing at the Revival or the Festival of Speed at Goodwood that is limited to “real” cars, or at least, if invited, to cars that are complete copies of the originals. I was invited to race, not with the D-type, at both events in my 1952 Le Mans C-type, probably a car no one here has ever heard of or seen, but as a complete copy of the original car it was invited to race.

As regards the roll bar, you will need to cut holes in the shell behind you and get an engineer to fabricate the bar and bolt it on to the the rear. I did not have a separate bar running forward and attached in the passenger foot well.

Glad to see you got your problems fixed; in the D-types I ran Lumenition, in the E-type a 123, and the same in the XKSS. At my age I want no more of delving in the depths of the engine bay and fiddling with points! On the XKSS we have a much uprated engine, giving 325 bhp, so it is quite quick now, but the original engines such as yours were built in the day at Lynx by a wizard called Tim Card, and will probably be quick enough, given that the car weighs in at about a ton only. Post some more photos of your car when you have the time, and let us know the history if you have it.

In the mean time, a photo or two of the C-type I raced at Goodwood. 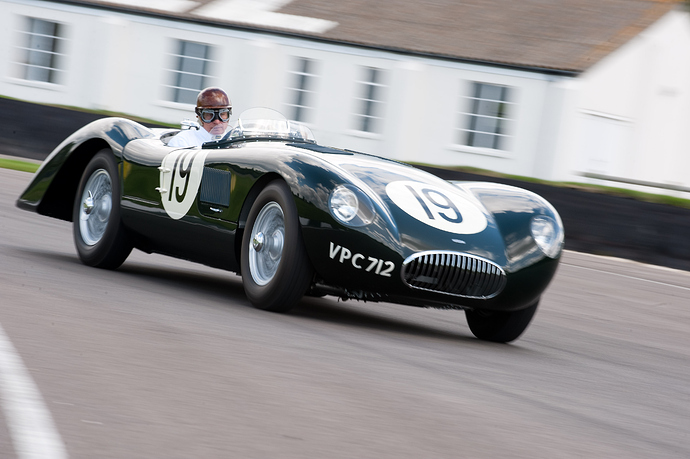 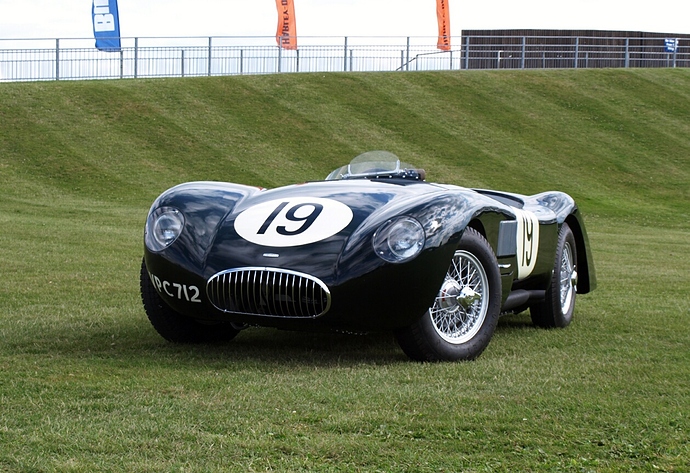 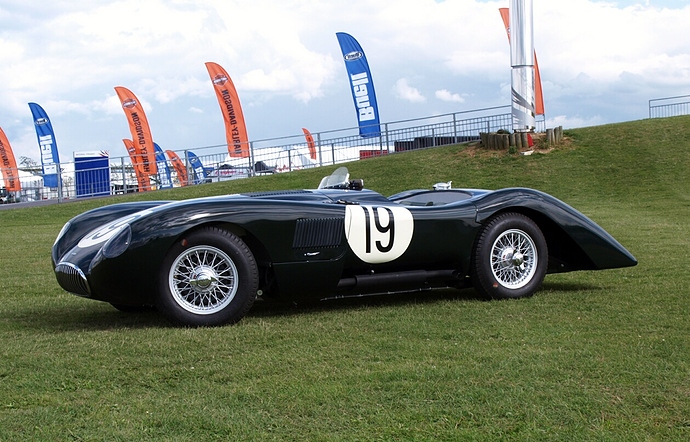 As it happens, Tony, I just wrote Kurt’s story last night for the Jan/Feb issue due out at Christmas. I have asked him to respect an embargo until then but the number is L89/42. I am currently trying to sort out an engine anomally where the data plate shows the correct engine for the mid 66 donor 2+2 but Kurt describes it as a 3.8. He’s checking the block.

Meanwhile, he’s more of a racer than either of us, with a stable of competition machinery to choose from!

Lynx used to sit down with the customer and ask whether they wanted power or torque, and most wanted a toy to go to the pub and had a 4.2. His is one of a batch that Lynx made in 1989, all because at the end of 1988 Lynx announced that they were ending production. As Chris Keith-Lucas told me, it was the best thing they ever did because orders flooded in! I thought you might like a photo of 43 and 44 taken at the Le Mans Classic to go with that one, so I’ve attached it. 43 on the left, and 44 on the right. Forgive my memory which is failing fast, but what magazine are you writing for? 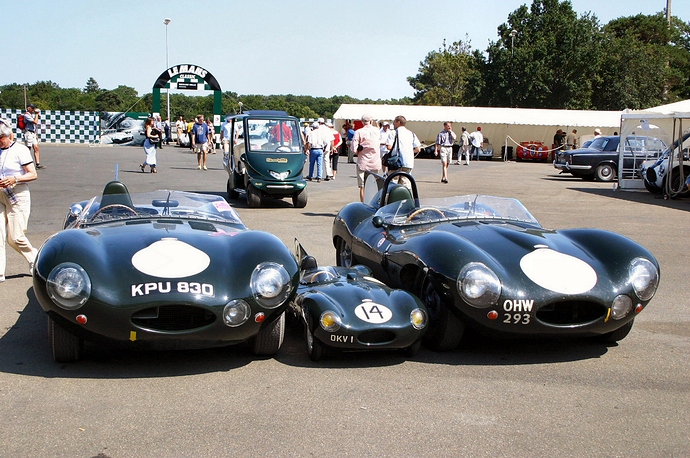 Now this is a fun thread!
Well I was under the car for hours

There’s a 3. 8 cast into the side of the block.
Kurts the real deal AND a younger owner not tickling 50 for another 2 years!
Ellie and I are off in the Etype for another 300 mile weekend! With the bischon in the back of the coupe…
GTJOEY1314 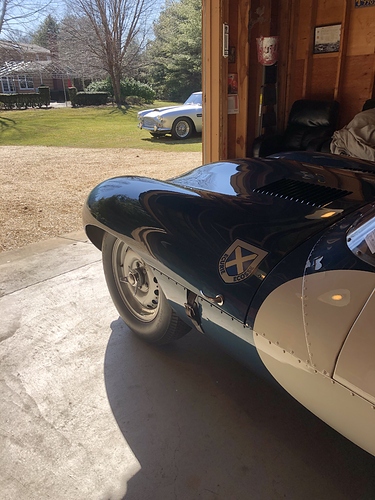 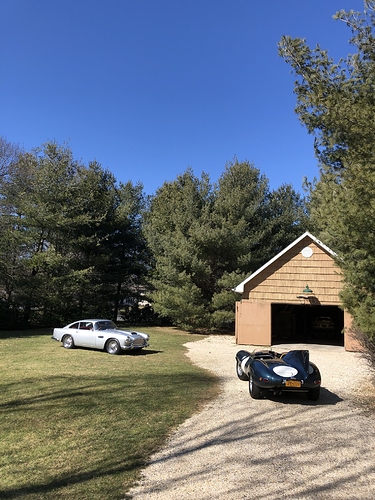 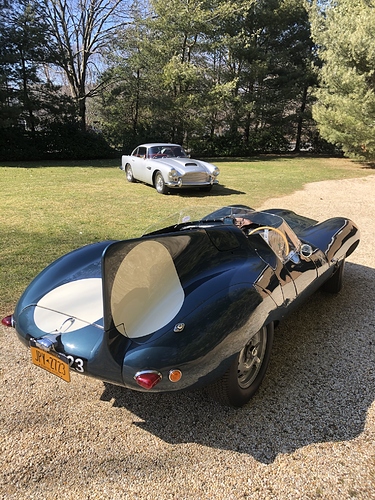 A photo of Tim Card’s attention to detail. He made the balance for the con rods himself. 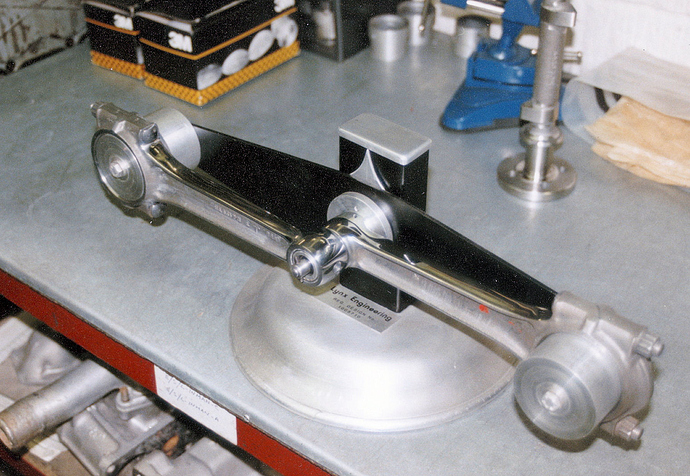 Tony- thank you… yes- indeed its a joy and a pleasure of a car… My hope and plan is to keep it until they pry it from my cold and stiff fingers… As Peter mentioned it is indeed L89-42… I have had the car since February of this year… A happy purchase for sure … also thank you for educating me on Mr. Card’s work… what a craftsman,
As you say- its been a challenge to get it a logbook for wheel to wheel racing, (although I’ve tracked many times) either because its not a real D or because of no roll bar- so thank you for your advice on that…
Your 52 LM C-Type is stunning… just wonderful… I will do some research, as I did not know of that body shape… incredible…
Its also great to see the 2 cars that came right after L89-42… thank you.
Yes- the car is pretty much all sorted. Thanks to GTJoey.
Joey is not only a great friend, but I have no qualms calling him a master of all things Jag. His advice and execution on the upgrades proved invaluable. He was relentless in making the car run magnificently; and so generous with his time. I, like you, want to have the cars RUN and run STRONG, and reliably. Joe’s advice made that happen…I’m going to do the same 123 Distributor upgrades for my XK120, as well… no reason not to…

Peter has also been wonderful in his support of the car; and as such, I will of course respect the embargo he has imposed on me…

The parts donor for my D was an 86-built EE long nose like Kurt’s but #31, so there are up to three (or just over two) years and 11 cars between them, depending on build date ,

Every Lynx part (about 30% of my car, depending how you measure?) has been modified to be closer to D spec so Kurt’s car is a nice properly-used original example and he has a great attitude that strikes a great balance between hard use and life under a dust cover.

Admittedly, I first planned the article after being told a significant percentage of it might be original D components. Having clarified that always unlikely prospect, I’m nevertheless proceeding with the article because the car and the owner are a breath of fresh air in a sometimes exclusive and investment-focused corner of the old car hobby.

Thank you for the kind & generous sentiments, Peter… … Kurt

I’ve seen Kurt’s Lynx at the track and in the shop. I have to say it’s the prettiest racing Jag I’ve ever seen.

Kurt,
good luck with the log book issue. Remind the club to take into acct

(1) attitude of the driver. Our club is about 8/10th racing, to preserve the cars. You seem to perfectly demonstrate that philosophy

(2) there is precedent to allowing and issuing log books for replicas. A prominent member (who lives in your next of the woods) raced numerous replicas with the club. We also have a few other replicas, that were given log books by the old guard. I suggest quiet behind the scenes negotiation, support from club old timers, and patience.

(3) the club needs younger members, with new ideas to strengthen the club (IOW to reverse its decline). I would not hurt if you were chair of an event and used it to show the wisdom of your approach to allowing specific owners w carefully vetted recreations to have log books that fairly represent what the car is.

I imagine your xk120 is similarly gorgeous and special. Is it an alloy car?

Agreed, many other racing bodies have allowed Alloy cars on the track, not fiberglass.
His is Alloy and YES he is younger than most. When he calls I go running so he doesnt get turned off from the grumpy old bears that leave him hanging

Thank you, John… for the kind and generous words. And also for your sound advice, …
However, I have made those pertinent points to the club’s management; quite a few times… Some/most members/ management who “get” the points you and GTJoey made above are indeed supportive and helpful… some (2) are not.
So regarding the logbook issue; that is where we are; we shall see if that is where we stay…
My desire is to be a contributing, productive member of the club.
I would like to see the tradition continue and strengthen; to keep the flame alive; and to makes strides to ensure its survival… We shall see…
thank you again… Kurt