I inspected and drove this car recently. I have information that bidders would want that is not described. . Should I comment in BAT? Or should I give my contact info there and let them contact me? Would BAT remove my post?
Doug

Doug, the BaT Peanut Gallery and potential bidders revel in first-hand experience on a particular car. As long as you don’t aim a shotgun at the seller’s integrity and stick to facts, your post will not be removed. On the contrary, the BaT community will be very much appreciative.

Doug, unless you know something I don’t, I don’t think you can leave contact information in a post on BaT, so, as Tom said, just post you findings. That being said, I’ve seen guys post their names and business websites, enabling contact, but the rest of us can’t seem to do it!

Doug, I assume “carmd” is your moniker on BaT. If so, I responded to your salient observations. My guess is this car needs work, as I think you also surmised. 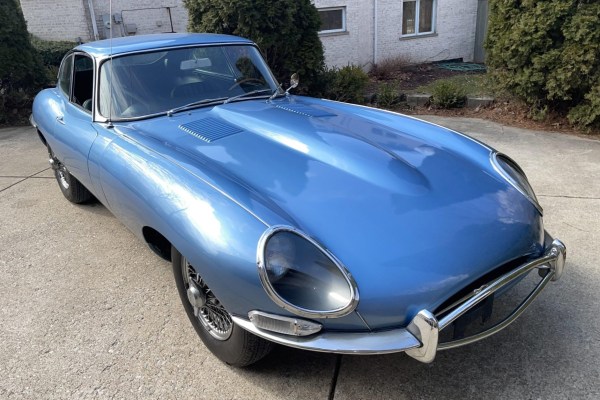 Bid for the chance to own a 37-Years-Owned 1965 Jaguar XKE Series I 4.2 Coupe at auction with Bring a Trailer, the home of the best vintage and classic cars online. Lot #71,069.

Thanks very much !!!
Dave

Since your warning, the bidding seems stuck at USD 55.500.
There have been additional comments requiring clarifications about the issues you mentioned, with the seller claiming to be “offended by [your] comments questioning my integrity”.
Not a good attitude imho to convince bidders…

Not seeing anything that jumps out. Nice key fob…

From what I see it has a Lot of potential, the Body seems dead straight and all orig. the Engine issues can be repaired . it would be an excellent driver … My 2 cents

Not a good attitude imho to convince bidders…

It seems worse than that to me as he appears to be blaming @carmd for disconnecting the wire to the fan. I would be very leery of this seller. JM2CW
Cheers,
LLynn

I posted the inspection and drive result I found on BAT. The fan did not run despite temp over 90C. I pulled the leads off the otter switch and jumpered them together with a paper clip, with the owners permision. The fan still did not run. I put them back . I saw the video just posted. It didn’t capture the sound of the trans or engine noise I heard

What circuit do the fans in S1 use? Could fan issue be a fuse? Then a question… what is the ‘silver dollar’ shaped thing on the oil sump. Is it an alternative plug?

I posted the inspection and drive result I found on BAT.

I believe one of the reasons buyers sometimes pay a “premium” for a car that is sold on BaT is for input other knowledgeable people make about a car. That is particularly helpful when a buyer is considering a car several states away. Awhile ago I went and looked at a car for sale that was local to me, and posted my observations for an interested party. The car was as presented, drove lovely, and the owner was very straightforward about what the car was, and was not.

My take away from this is that if someone has a car that they want to sell, and be upfront about its condition, BaT is a good venue. If they want to try and pass something over on somebody they tend to go to eBay instead, where “buyer beware” seems to be the standard.

It has any expanding rubber bung in the oil drain plug area, obviously the drain plug stripped

Really
That’s what you can see so what else , mechanical stuff is small potatoes in the big picture especially doing it yourself
I thought the chrome looked …… aged