Just signed up and wanted to make a quick introduction. My name is Terry and I live in NE suburbs of Cincinnati OH area. Retired engineer, now just spend my time in my garage working on my cars and trucks. Also have a motorhome and enjoy going on some trips to car shows or other locations with my wife. Moved here from NM, built a new house and nice big detached garage, so that has taken a good portion of time getting both all settled in and fixed up.

I am not a Jaguar owner in the strict sense. I am a hot rod guy and have the Jaguar XJ suspension in my vehicle. I put 86 XJ6 suspension into my 52 GMC pickup. With a 350 SBC and 700R4. The 2.86 rear gear is a little tall, approx 2000 rpm in OD is 80 mph. But the truck drives great with the suspension swap. Nice brakes as well, the 52 GMC actually weighs 3200 lbs range, so it is less than the orig XJ6 by a considerable amount.

I also just picked up a 52 Chevy Utility Coupe (aka Ute) from Australia. I imported it. I also found a cheap 71 XJ6 RHD donor car and will be working to put that suspension into the Ute, which is also RHD and i plan to keep it that way. So busy taking the 71 XJ6 apart. I will be selling any of the parts off that 71 for cheap (emphasis on cheap!), I will make a classifieds post or other to let people know. Interior was wasted, and the car was not running; although the engine does turn over free. The 71 XJ6 ironically seems to be from Australia based on some labels I found on the car, and was imported into CA sometime in the past. Last reg on the car was 1995 in CA, although I bought it out of MI from an estate selling off some vehicles. Nice rust free body compared to most of this era here in midwest.

Well so much for my intro, glad to be here and learning some information to help me with my Jaguar suspensions. Since pictures are always good, here is my GMC (forum rules prevent me from more than one): 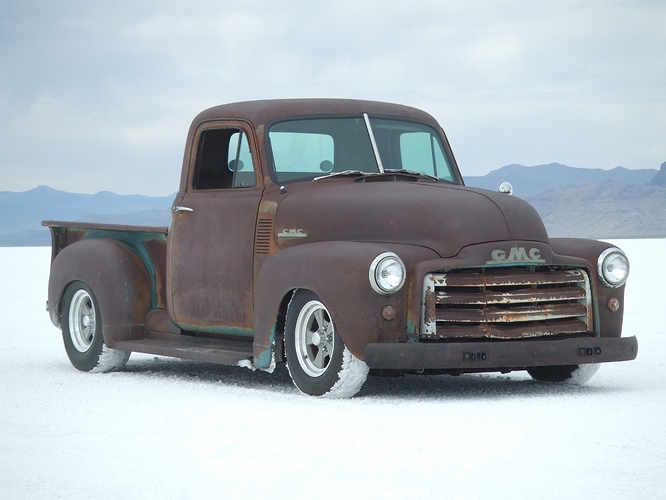 Trying a reply, and adding picture of the 52 Chevy Ute 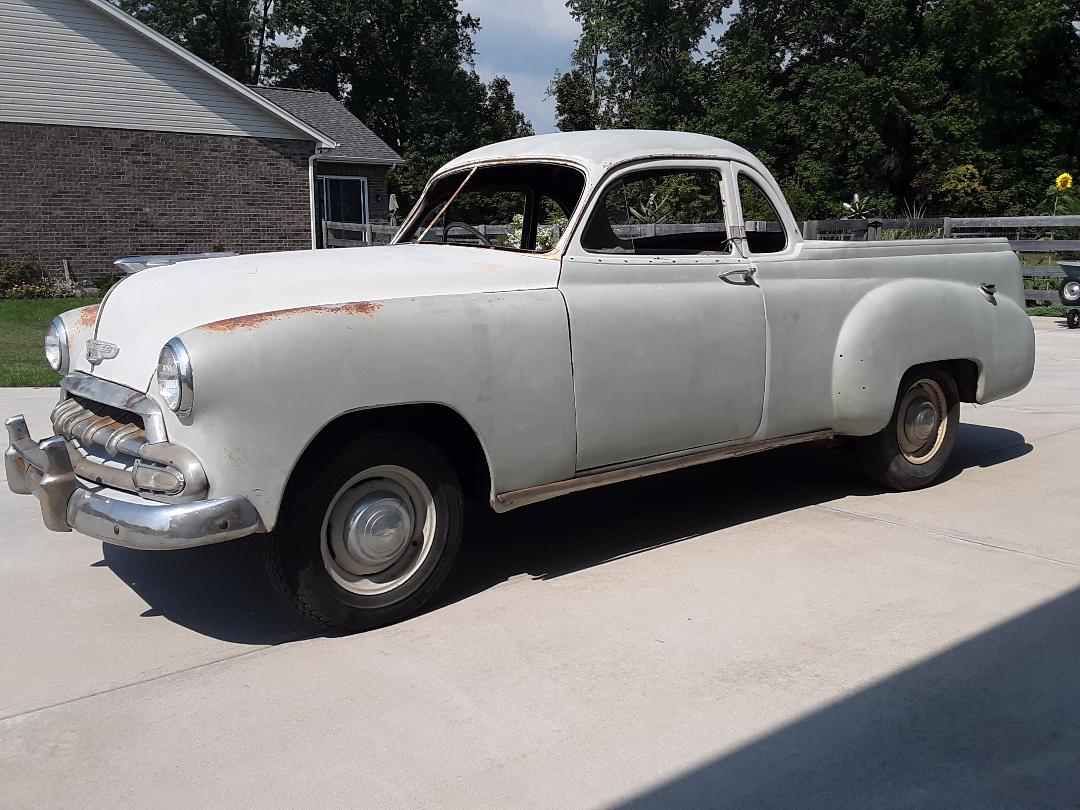 When did you visit the Salt?

Terry!
Why did you ever move away from NEW MEXICO, I moved
from Cleveland 30 years ago to Los Alamos and now live in
albequerque, I love it.
I still have my 78 XJ6 ser.2 without any RUST whatsoever.

I try to go to Bonneville for Speedweek every year. It is a lot longer trip now 1800 miles vs when I lived in CA 600 miles or NM 700 miles. If you look close at the front bumper on the GMC, you can see the hookups for the tow bar, where I flat tow the GMC behind the motorhome. I have a driveshaft disconnect to allow the flat towing.

Thanks for the link to the other thread. He is doing opposite of me, using the Jaguar engine and not the suspension.

Peter, the gearing is tall, but the 350 Chevy has the torque that it runs pretty good. Although I do not use the lockup on the 700R4, because it allows a couple hundred rpm slip to make it run better. A trade might not be a bad idea though, I will have to go to the E forum and potentially investigate.

Walter, moved from Albuquerque east mountains area to be near family in OH. I worked on Kirtland AFB while I was there.

Here is my 71 XJ6 donor car, sorry it’s a crappy pic in my garage getting car ready to take apart. It is now mostly a shell: 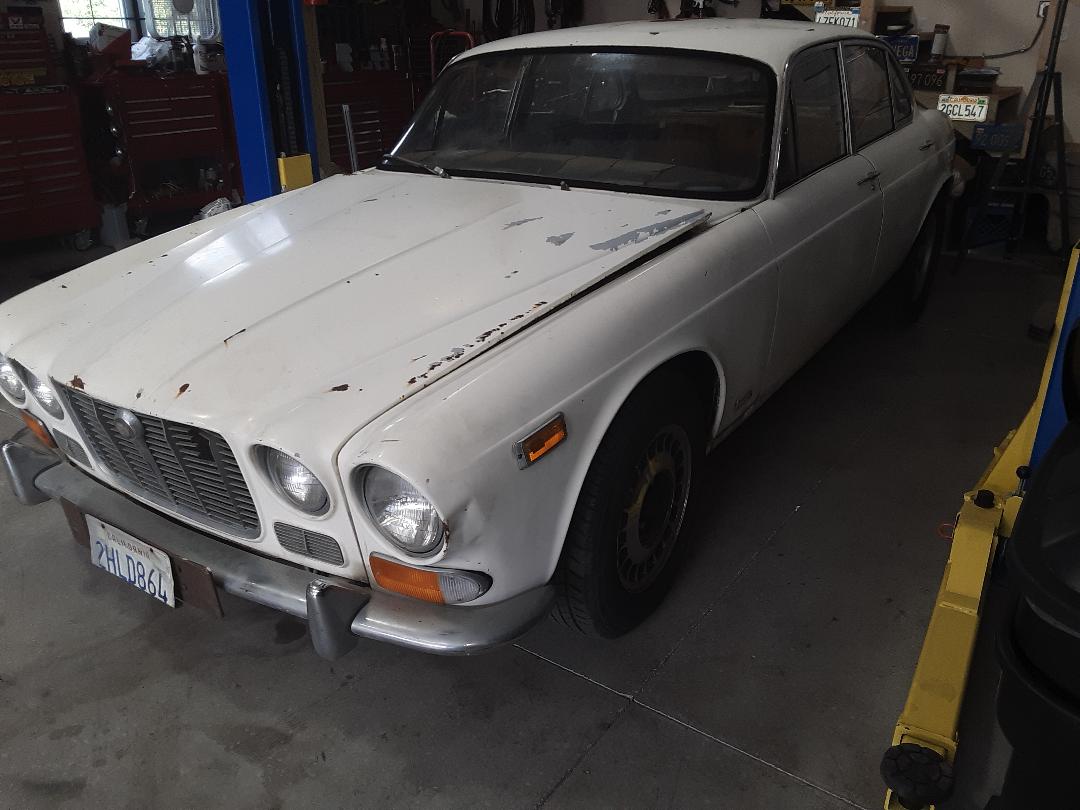 He is doing opposite of me, using the Jaguar engine and not the suspension.

There ya go! He’s good people!