I came across this little V12 lump. Will it fit it in an E-type? 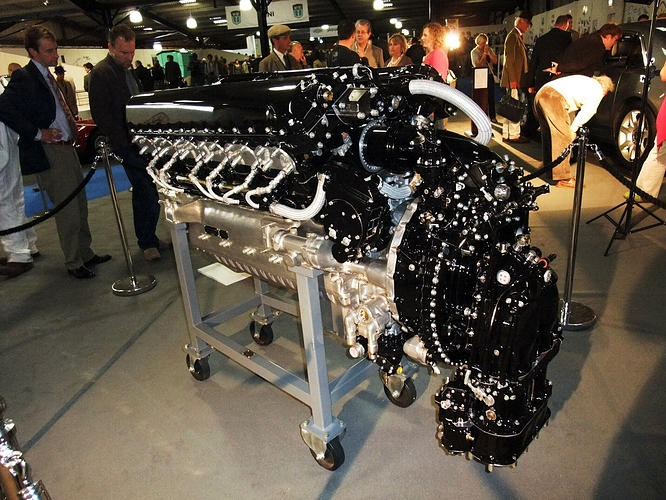 I think ground clearance may be an issue…….

It can be made to fit in a car, but you can get in trouble if you call it a Rolls Royce.

It can be made to fit in a car, but you can get in trouble if you call it a Rolls Royce

In that case RR was upset with the grille, not the engine.

Jay also said that the non-supercharged version of the Merlin, called the Meteor, was arguably better for automotive use. The supercharger was primarily intended for use at altitude. Besides that, the Meteor has valve stem seals while the Merlin does not; when powering a tank, you don’t want your location to be given away by a whisp of smoke in the exhaust.

For sale is a Type 59 chinese made V12 water cooled diesel engine with 520hp produced and used for the Type 59 Chinese tank. The engine is a spare decommissioned by the military. It has never been used.

Chinese surplus shipped from Albania. My Nigerian Prince intermediary assured me it will be fine.

Let’s face it, it would be fun to build a hotrod around that engine.

That would be fun, make something like a beast of Turin or a Cadillac racer type special on an old fire engine chassis from the 20’s… 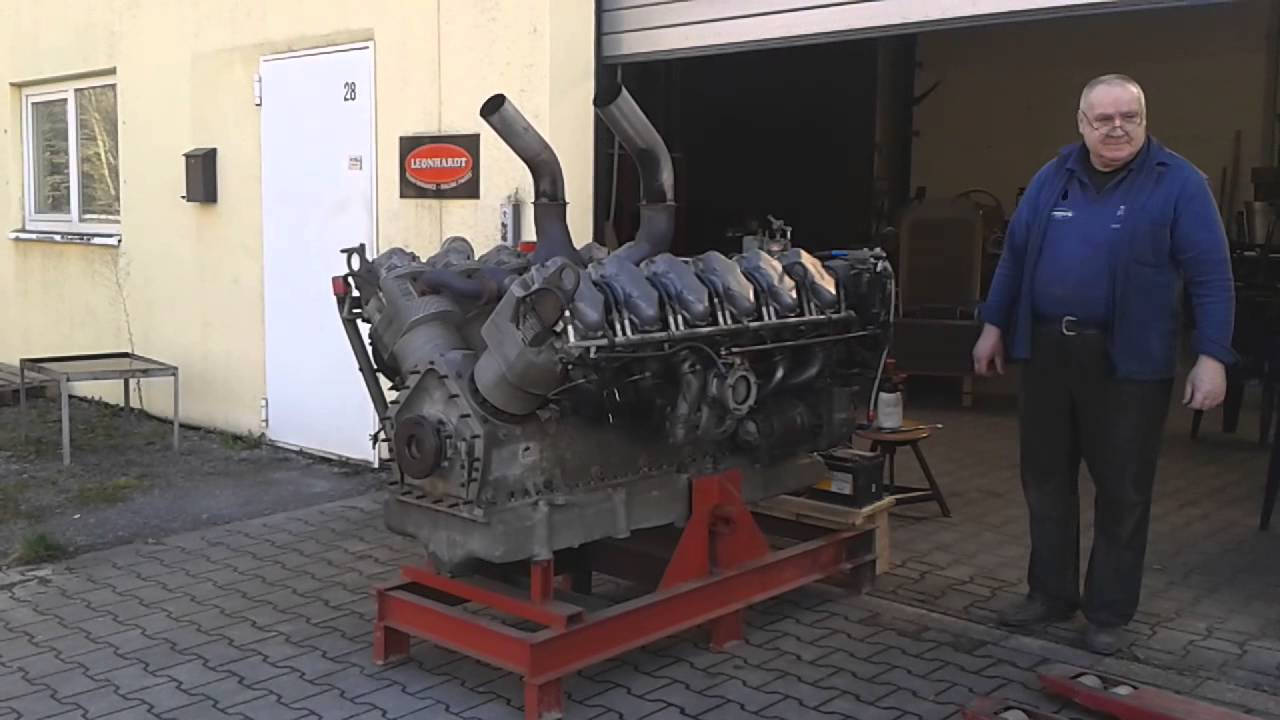 Looking for a torque converter.

Air cooled? That can’t be right! It’d overheat in five minutes in a tank.

Starts right up, though, and sounds nice.

Had to be a shroud and a fan somewhere.

Air-cooled diesel engines were commonly used by US tanks from the 60’s until the 80’s when the M1 Abrams went into service (using a gas turbine.)

I suspect this is a variant of the Continental AV1790 series. https://en.wikipedia.org/wiki/Continental_AV1790

As far as I know, no German origin tank uses a air-cooled diesel, but they did use US tanks extensively post WW2 until their own industry was cleared and ready to make tanks. Damler-Benz did offer a air-cooled diesel for tank use but it appears it was never adopted. The Germans selected water-cooled diesels instead.

Of course, Panzer is the German term for tank so the video title could be a generic reference to a tank engine.

As a historical sidenote, in WW2 a fellow named Adolf consistently pressed for air-cooled diesel engines to be adopted for tank use, but German industry never managed to produce a suitable one (and also there was great bias in their ordinance departments favoring gasoline powered engines for tanks, which goes against what we know today.)

Panzer is the German term for tank

Indeed: always thought the phrase “Panzer tank” was similar to a mountain near Denver: Table Mesa.

My understanding is that Germany was dependent on imported crude oil for diesel; this was only about 20% of their oil requirements. They developed synthetic fuel that didn’t have a diesel product for the remainder of their needs; by late 1944 the Allies were stopping production pretty effectively through aerial bombardment.

That would be fun, make something like a beast of Turin or a Cadillac racer type special on an old fire engine chassis from the 20’s…

I think Mr. Leno now owns the ”Silver Meteor” that was built on a 1930 (IIRC) Cadillac chassis by a guy in Finland who also had beatifully restored a 1930’s Sports Coupé bodied RR (a genuine one) so he had some surplus RR parts.

We saw it at various car shows but it could never be made street legal in here so he decided to sell it and bought one of those 1930’s lookalike “Auburns” instead.

That “Silver Meteor” for sure had a nice engine rumble.

Not a V12 but a military version of the 4.2 Jaguar engine. Being used here as a novel form of garage heating 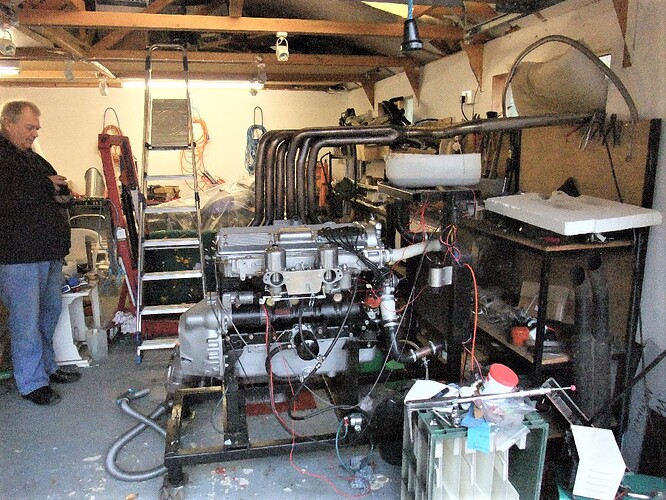