No response from AC/Heater

I’d like to fill the system with R134a refrigerant but neither the temp selector or the fan speed knob are working. Both of the under dash blower fuses are good but the fans don’t work in manual mode. There is one lose wire connection on the right side under the dash that I cannot find a connection for 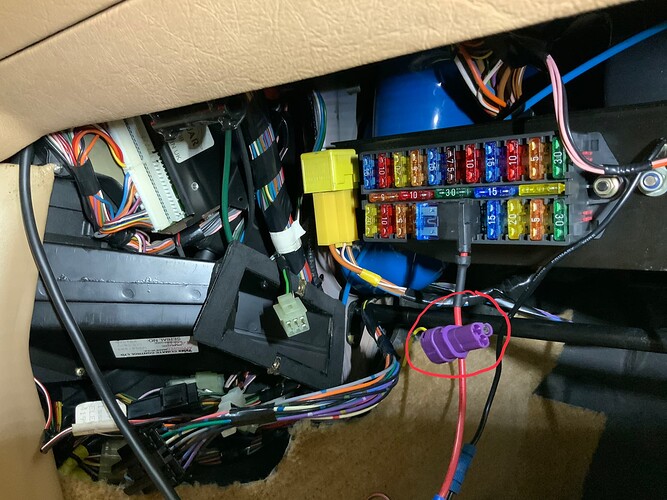 Did you try searching the Jag-Lovers archives? I am familiar with the Delanair MK II and MK III systems in the Series III XJ6, XJ12, and pre-facelift XJ-S but I have no idea what is in a 1994 4.0 face-lift car. Perhaps others have had similar issues and posted about them?

Yeah, I’ve searched till I’m blue in the face, but haven’t hit upon anything. The thing that rings true (for me anyway) is that Delanair systems may have some differences but they are still very much the same as well.
In any of these systems it seems as though the fan is the on/off switch (be it in auto or manual mode.) What would prevent the fans from working? Both relays in the fan housings were replaced together. The relay that controls the compressor on the right side of the fender wall was known to be working. The lights on the faceplate of the temperature selector & fan selector work. I don’t know where else to look?
I’ve plugged in three different climate control modules and still nothing, the compressor doesn’t kick on. You can’t add Freon without the compressor running.