Now that I’m starting this winter’s projects, I’m looking for experience on noise/heat reduction material. Dynamat has the name recognition like Xerox had in copiers, but is awfully expensive for a pretty simple product. Has anyone used any other foil backed self adhesive brands?

I’ve had good results with Noico DMM1 sound deadener. It is a butyl and foil sandwich that is adhesive backed. Sticks quite well.

Thanks Doug. That’s one brand I was looking at. Less than half the cost of Dynamat

I used a product called B-Quiet Extreme. It’s about 65% of the cost of Dynamat and works very well. I also like that it is in a roll rather than sheets for more efficient piece sizes.

Thanks Nick. I’ll look at that as well. One of the things I’m going to run into with any product is to remove the remaining fibers from the previous felt. Solvent and scaping

I used Eastwood’s XMat in the E-type. I was quite happy with the quality and it’s functionality. Check the comparisons to Dynamat. 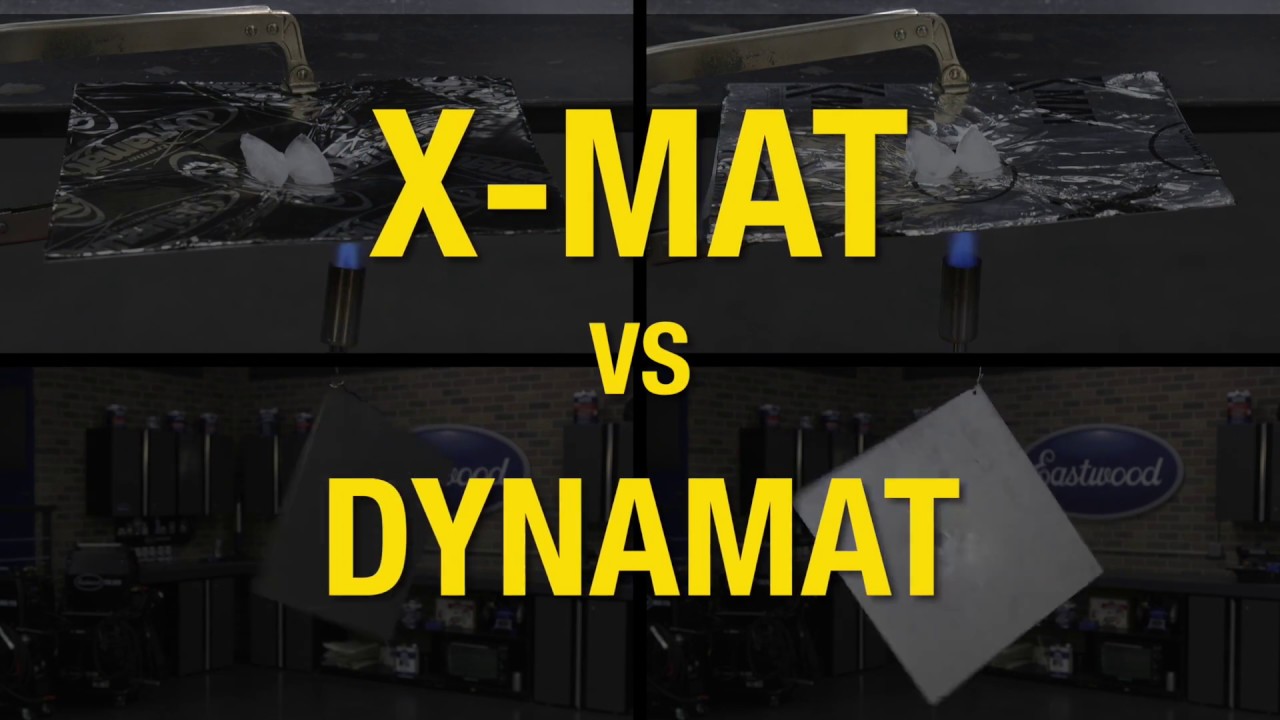 I decided to add sound deadener to our Mazda 6. I found Noico 80 mil thick sound deadener on Amazon that was less expensive than X-mat and appeared to be it’s functional equal. 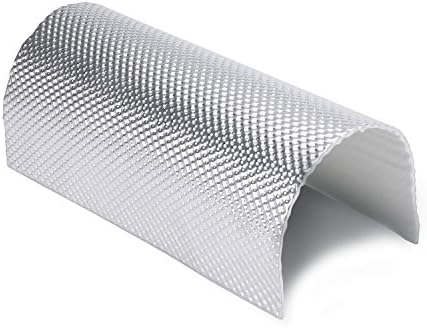 Easy to work with but I honestly cannot compare it to the others. It’s pretty thin which may be helpful in some areas. I’m sure it reduces NVH but to what extent I do not know. It was easy to work with though and has stayed where I put it (5+ years ago). 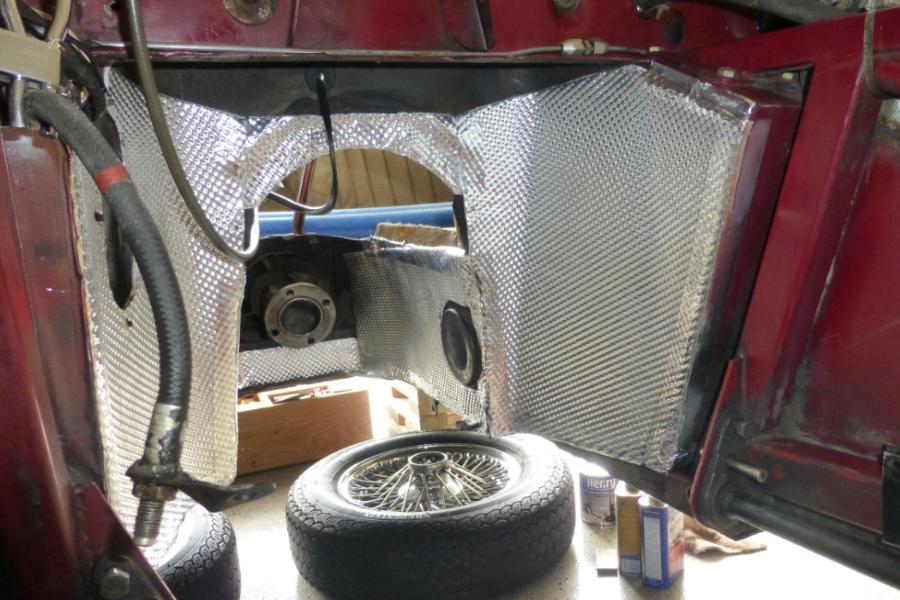 I used Koolmat. I was frankly more worried about heat than noise. Let’s face it, an Etype cockpit is never going to be really quiet, what with the exhaust note and the wind noise. The Koolmat is quite thin, which will be your friend around the area of the center console. I went over it, under the carpets, with standard felt as supplied in my upholstery kit. Koolmat sells precut kits for the Etype, although as discussed in the attached article, buying it in rolls and making your own pieces is not over the top difficult. It does reduce sound also, although I could not quantify how much.

Koolmat Installation This month I’m going to discuss a job that I performed recently involving the installation of Koolmat temperature insulation. There are various products that you can inst…

I too am more interested in heat, at least around the tranny tunnel.

I always buy material from QuietRide. They have custom kits for cars, though unfortunately not Jags, but you can also buy the bulk material. It includes dynamat extreme for sound, but you don’t use full sheets. They claim that ~25% coverage which includes flat spots between the structural ridges and seams that vibrate does the same job as covering the entire panel. The heat shield is thin double backed foil material which I recall to be around R18.

I can attest that I have kits for several cars and it works really really well for both sound and heat. Easy installation since it’s all pre-cut. I’ve also gone the generic route, and same stuff, you just have to cut it yourself.

The hardest project I ever did in this realm was an old Dodge A100 van, where the engine sits between the driver and passenger. The noise and heat from those things stock is incredible if you’re in the driver or passenger seat. Will burn your leg if you touch it and hard to talk. After installing the kit, it was cool to the touch, and as if the engine was moved outside. Night and day.

I too am more interested in heat, at least around the tranny tunnel.

In addition to the XMAT on the inside of the car I also applied it to the transmission side of the tunnel cover. I didn’t want to add any thickness to the interior side because it’s hard enough to get the AC and radio console to fit properly. I also applied an insulation similar to what Geo show in his picture above to the transmission tunnel. I have jute padding under the carpet. The interior seems no hotter in summer heat than out other cars.

Two areas that pass a lot of heat into the cockpit: The hole where the AC hoses go through the bulkhead; I stuffed form rubber in there. The parking brake mounting area; lots of xmat where I could fit it without interfering with the brake operation…

I agree that is the best way. But I’ll wait until I have to pull the engine - which I hope is never again

I used this. Probably not as thick as some others. But fairly priced on Amazon and I was able to use the traditional insulation on top of it because it was thin. I used the tape to cover the joints. 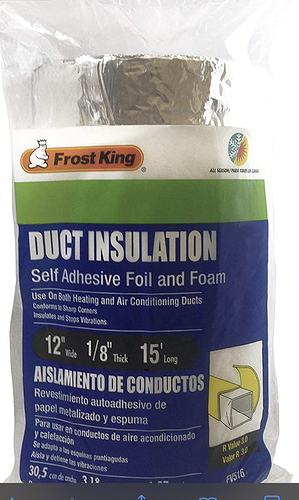 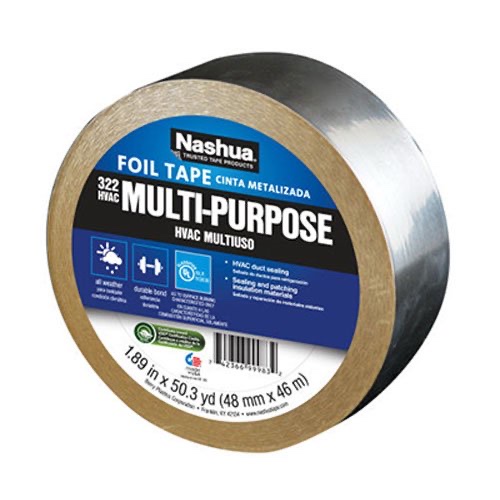 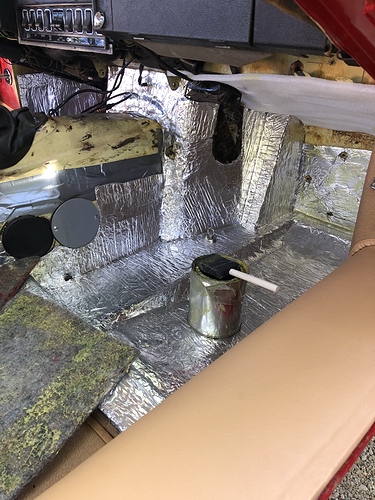 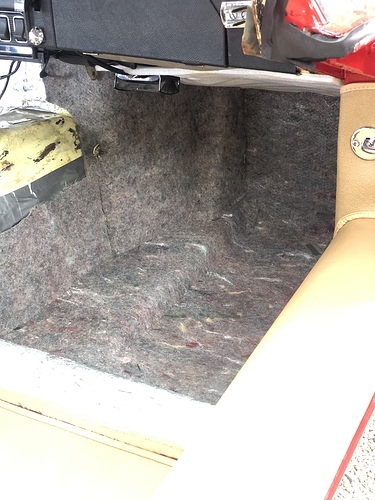 I used Eastwood’s XMat in the E-type. I was quite happy with the quality and it’s functionality. Check the comparisons to Dynamat.

This is also what I purchased from Eastwood for my Series 2 FHC. I plan on starting this project next week. Any tips will be appreciated. My plan is to cover the floors, firewall, center console, and rear bulkhead with this stuff. Then after its installed, I have new padding from BAS to install under the carpeting sections, new Hardura and vinyl elsewhere. Did you install it on the door sills?

Did you install it on the door sills?

No reason to do the sills. Don’t forget the underside of the transmission cover, leaving a 1" or so area around the perimeter uncovered so it doesn’t interfere with the body when you screw it back into position. You might also want to do the inside of the door skins.

You’ll want a roller to go over the mat to ensure it is firmly pressed against the sheet metal. I forgot to buy one so I made one out of a caster I had laying around doing nothing and a length of wood for a handle. It’s narrower than the rollers sold for the purpose, but it gets into corners, along edges and into the ridges of the floor foot wells better than a wider roller. Being narrower it takes more passes to mash the same area which probably adds about 10 minutes to the entire job.

2.The entire exhaust system is coated with ceramic/JetHot material. 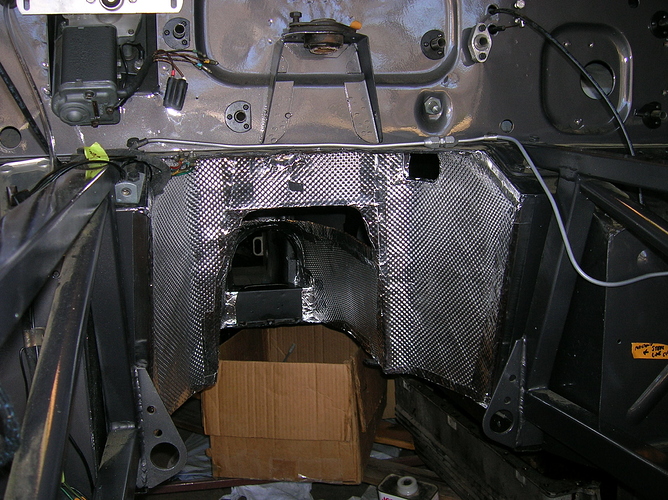 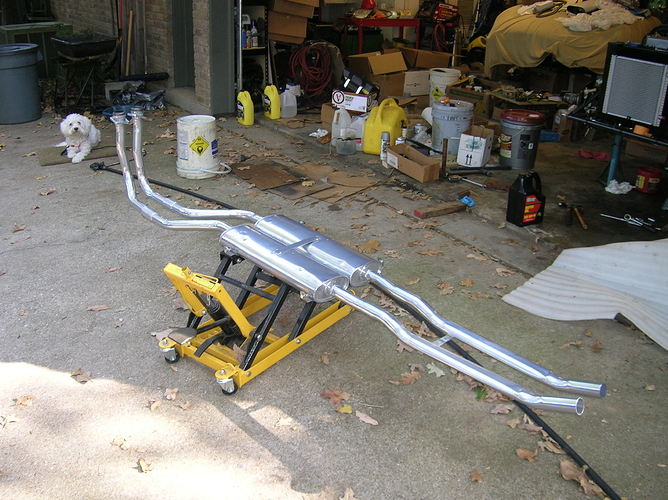 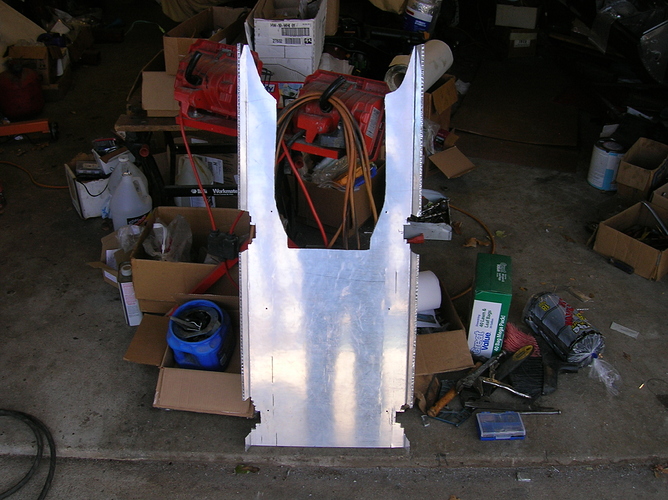 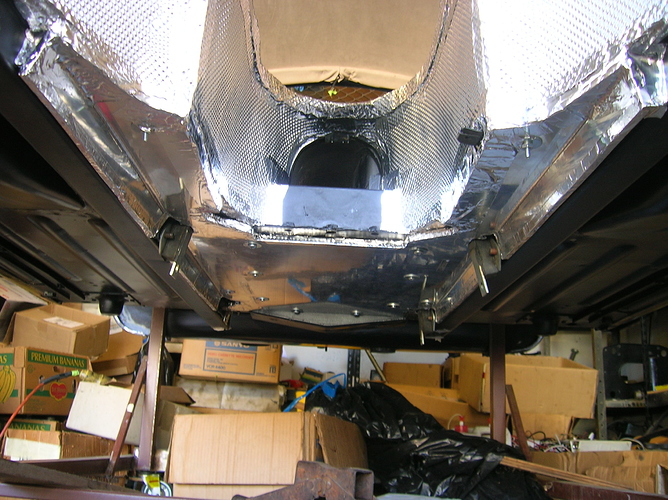 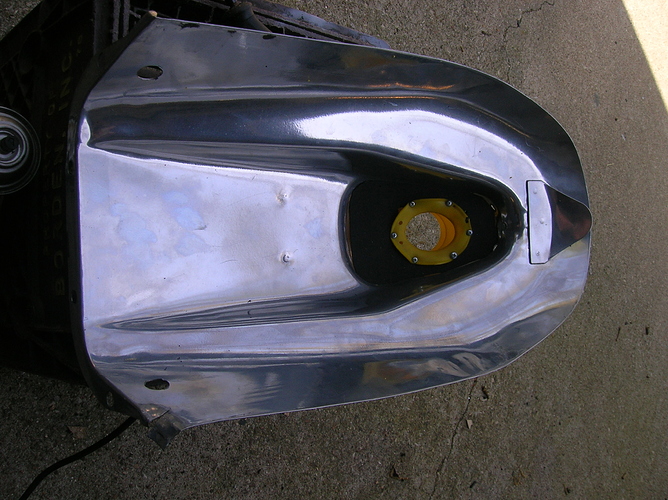 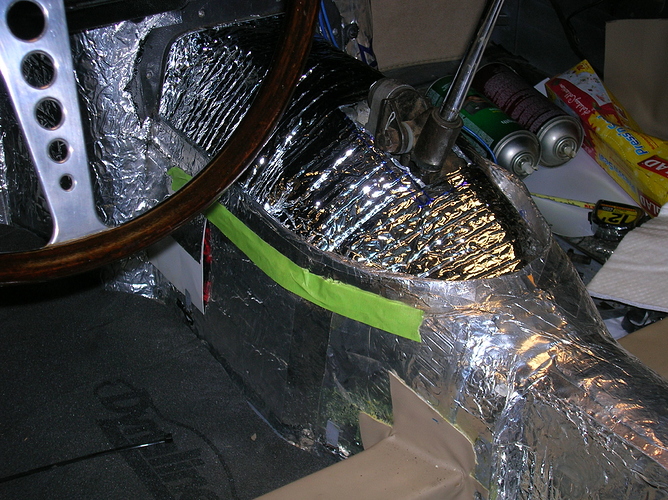 Try dry ice, I have heard that works well.

Hi John off topic of Jags but where did you fit the sound deadening to the Mazda 6? We have just updated the wifes to a 2011 model and theres a fair bit of road noise on our rough chip surfaces.

No reason to do the sills. … You might also want to do the inside of the door skins.

There’s a good reason not to do the sills. The butyl sheet will render the final result looking much too heavy. What you want on the sills is 1/8” thick closed cell foam - if you use the open celled stuff you’ll likely end up with baggy sill covers after several years. You also need to leave a half inch of exposed sill at the outer edge onto which the vinyl is glued directly, otherwise will be unable to fit the chrome edge finisher.

Doing up the inside of the door skins is the way to go. It makes for the most satisfying, solid sound when you close the door, like a Mercedes. But don’t try to install a single piece. Instead, install two, separate 12x12 squares, side by side. The reason is you would otherwise have to bend the mat in the middle to clear the inside door frame opening and risk doubling up the sheet - and once that butyl rubber bonds to itself there’s no getting it apart.

Thanks to all for their thoughts and the products.