I’m stripping back all the paint/coatings from the rear of the passenger compartment where the battery trays are. Having removed all the trim, I have found a number stamped into the body. It doesn’t much the actual body number so wondered if there was any relevance to it: 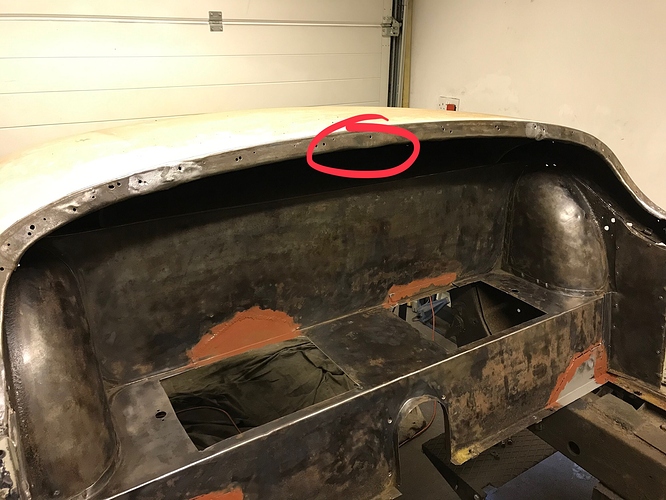 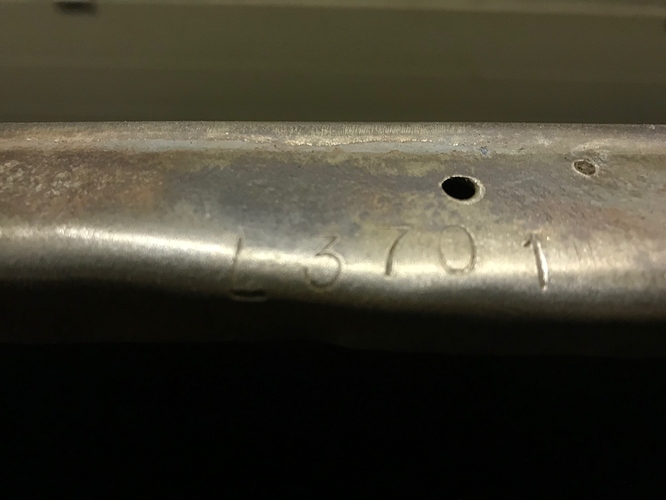 Odd, since it was stamped before it was bent in a brake or mould.

Oh, my. A new mystery number!

That’s a good point, hadn’t thought of that - weird!

3701 is the code used by the Royal Coachworks when they hand select bodies that are to be pulled off the line for special treatment at their off-site facility. This must be one very special automobile.

Or not, I just made that up. But, I don’t know it isn’t true so there’s a slim chance I’m correct.

3701 is the code used by the Royal Coachworks

That makes total sense as I also found an old Tiara under the passenger seat!

Your car body was built the day Liverpool beat Oxford 37 to 1.

… lucky I’m faaaaar away from Zurich, so as not to hear the gnashing of teeth.

Ok seriously, could the L mean Left Hand Steering?
I was always surprised that the normal body number does not designate LHD or RHD.
Porter gives monthly production figures, and they reached that number in LHD OTS in Jan '53 if alloys are counted in, or Feb if alloys are not counted.

Are the bodies actually handed??

So far the only panel I can see that’s handed on my '53 OTS body is the lower firewall. There may be others but this is a major part. The pedal holes are only on the left. So, yes, they’re handed.

Steering column hole as well. I don’t know if there are holes for the LHD throttle linkage bracket on all bodies.
Just idle speculation of course, but they may have wanted a way to know if the body was L or R without having to open the bonnet on a freshly painted body.
Strange though, that in 25 years this is the first time its come up.
We’ve heard of body numbers stamped on fender skirts and saloon sunroof panels, but that was because they were fitted first and then removed and painted separately.

To piggy back on this thread with respect to numbers: The scuttle plate on my 120 DHC shows chassis number 677577, however, when it was initially stamped the chap responsible clearly did not have access to a “5” and used an “S” instead. As far as the Ontario Department of Transport is concerned my vehicle is on record and always has been as 677S77. I have written to them informing them that Jaguar did not use letters in the chassis numbers of this particular model. The classic response from the bureaucracy was, of course, nothing. So to this day it remains on record officially as 677S77.

Securing a Heritage Certificate some years ago, using the “correct” chassis number, confirmed a lot of what I was aware of with respect to the car’s early history, paint colour etc. and convinced me that 677577 was in fact accurate. But it always niggled away, particularly when Charles Bishop in Texas observed that his DHC was very close to mine in terms of chassis number and remarked that it was odd that cars so close in number should go to such disparate destinations.

Those concerns were put to rest when I finally took paint stripper to the top of the LH frame rail just ahead of the master cylinder this weekend. What was exposed was indeed 677577, this time with the number “5” as opposed to an “S”. Yet another thing checked off the list!

Austin Healey 3000 bodyshells are definitely not handed - all holes, for both side drives, are present - even the little holes for the self-taps which hold the plates over the redundant holes are on all cars. The chassis number, though, ends in an ‘L’ for left-hookers, with no letter for RHD cars.
My XK140 shell has required quite a lot of work to convert to RHD from the original LHD. - column brackets, hoes, toeboard (throttle pedal hole), angle brackets welded to bulkhead in engine bay to take mirrored arrangement of battery box, splash panels etc.
Not a quick and easy job.

Etype (S1 at least) body shells are not handed either.

LOL… My wife asked me why the choke is in front of the passenger in my S1.