M 120 OTS was in its past registered by its engine # W7902-8 S…The W7902 8 appears on the bloc in the normal place…but the S is a bit above and right of the 8…not in a line. On the Chassis# the S preceeds, is above and left.and.only a half stamp…and appears to be a double hit…with only the top of the S struck. and visible. I have the certificate from Heritage, and also…the older letter from Jaguar Cars…both with ID as “S” for engine and chassis. ( It does not have the original cyl head) The car does have wire wheels, fender beads, and proper spare wheel space for wire wheel, and 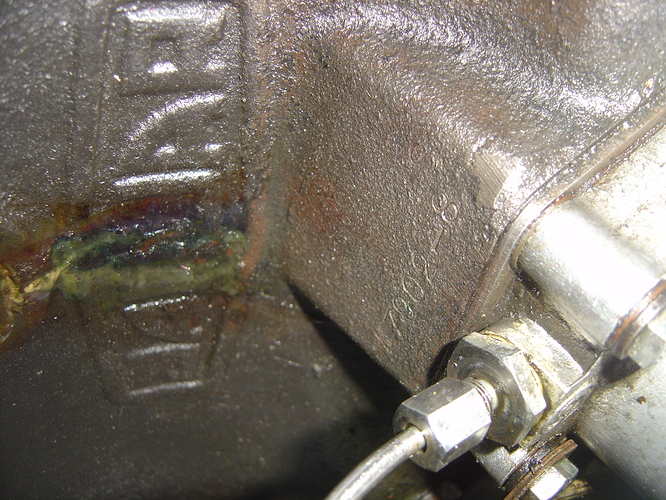 W7902 8 S2592×1944 2.09 MB
has the S leaf springs. The data plate seems original and does have the S…but even there seems an after mark . Hmmmnn…? Wonder when in factory assy the numbers were applied…could this car have started as std? but the trunk (boot) spare space is correct. or are mis-aligned , or simply forgotten by error…then added at some point, …or are poor S stamps common…The “S” in the photo is very faint and hard to see…becomes visible if you download and zoom in…above the “8”…Nick
Nickolas (Nick Saltarelli) September 4, 2020, 2:44pm #2

Not uncommon. If you were to browse through the pics in XKDATA you’d find several examples of what you’re describing.

This is a pic of my own engine block stamping, with the “S” above 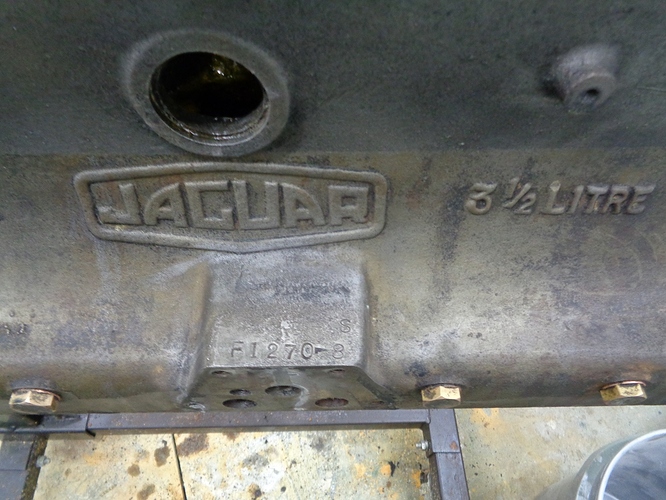 and the chassis stamping, the “S” is so faint that with the heavy coating of paint you can barely make out only the top of it 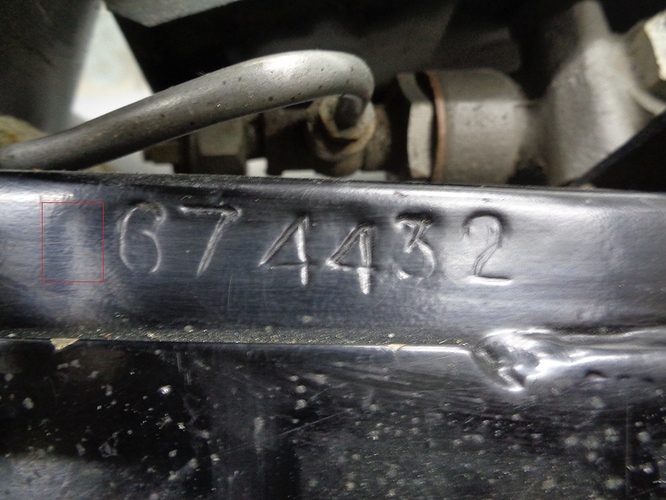 An interesting research project for Jaguar archaeologists.
Perfectly possible that the chassis and engine began as standard and were converted to S while still on the assembly lines, and the S stamped later than the rest of the numbers. It’s a bit of a trick getting a good stamping just holding the letter stamp in your hand and giving it a whack, takes some practice. If this was before the body was put on, they would have chosen a body from stock with the higher boot floor for the spare wire wheel.
The S spec is described in Service Bulletin 109 dated Sept ‘52 which says that S models are now being produced, so they must have begun a little before that.
The S spec included:
3/8" cams
lightened flywheel
special crank damper
dual exhaust
wire wheels and hubs
different front drums
stiffer torsion bars and leaf springs
racing windscreen and cowling
The rear track is increased from 4’ 2" to 4’ 3-3/8" but does not say how.

We’ve talked about the torsion bars, so the diameters of the standard and S versions may be in the archives. The part numbers are stamped on the rear end.

Racers could also special order bucket seats, racing tires and clutch.
They also recommended removing the thermostat and blanking off the bypass hose, and fitting a manual switch for the starting carb.
They mention the 7:1 and 8:1 compression ratios, but not the 9:1 so it was presumably not yet offered.

cool -Nickolas ! your engine “S” is same place as mine…mine a bit fainter… Your chassis stamp is quite deep and prominent…mine not so much…but the “S” is very faint in both…and as I said…mine appears to be a double strike. and yes, thanks Rob for the “S” parts list…quite a few ways to verify…but for sure the spare dimension is one not easily revised later. It does "seem"that the “S” may have come AFTER the chassis and engine numbers were struck .

S above 8 is very common

674432 chassis number stamping has been restamped.

Or, rather, enhanced with a sharp scribe. or I suspect as much. The frame was sand blasted clean and repainted by the PO.

ahhh I have never seen a frame stamp anywhere near that deep/visible…that explains it. On your car N.S. have you also the number on the front cross member in front of radiator…sometimes covered by the small flat close panel that has 2-3screws.

No number in evidence on the cross member, but the frame is the only component of the car I didn’t restore myself so I don’t know if it’s simply obscured. The car was disassembled into its major components when I bought it and the body and frame had been dipped. I hired the PO to finish the frame and some other work and, while the frame was for the most part solid, there were areas of minor pitting that he filled with polyester glaze after shooting with several coats of high build urethane primer. He obviously paid particular attention to the stamping near the m/c but may not have done the same up front, though I do not recall ever seeing a stamping in that location when I first inspected the frame in its stripped state - also not inclined to scrape off the finish to see if it’s there

No reason to find it. Nice to have such a nice car in one piece again !

Everything else…But, racing windscreen and cowling? The Brooklands style units?

Yes, that’s what the Service Bulletin says, though for OTS only of course.