Ahh…shucks! More evidence of sabotage on my '63 FHC? Who knows, but it is suspicious that a car can be driven into a restoration shop and leave with a “repaired” and leaking sump. Another surprise I suspect came from the angst between my aunt and the shop 30 years ago.

I’ve been successful in getting the engine turned over and most of what I’ve seen looks like a job well done on the engine. There are noticeable welding repairs to the bottom of the pan; I was hopeful all would be okay, but such is not the case and I’ve been watching it for several days now. At first I thought perhaps the drain bolt was the culprit because it was not very tight. Not so. There is only a quart of oil in the pan at most; just that I’ve put in to lube the valve train. The oil is actually running backwards from the repair near the center of the pan. There are multiple repairs, just this one (I think) is leaking. I cleaned the suspect area and pinpointed where I think the leak is. I can witness the oil appearing where I point after many hours of sitting. I can catch this area with my fingernail quite easily.

So, what to do. Can the pan be successfully repaired with a proper weld? This is a cast pan, so any weld will have to have proper heating so as to not cause even more damage. Any advice?

Also, what’s the best way to remove the pan? I haven’t yet looked at a manual to see what needs to be done.

What about the main seals? 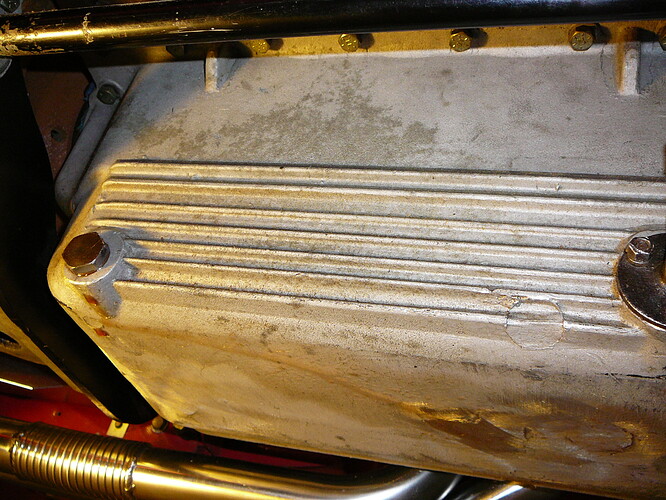 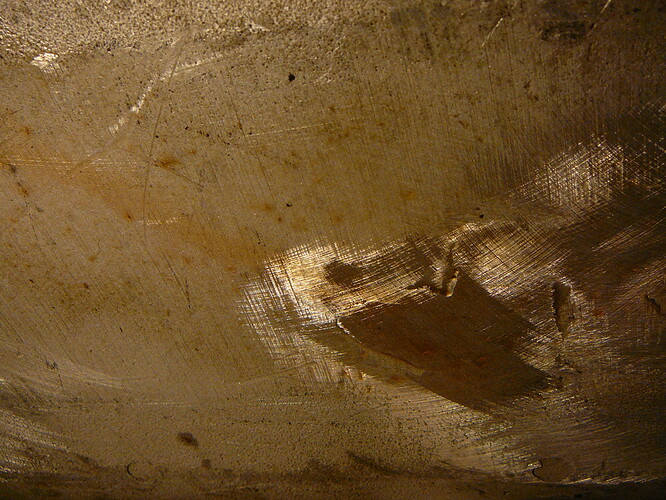 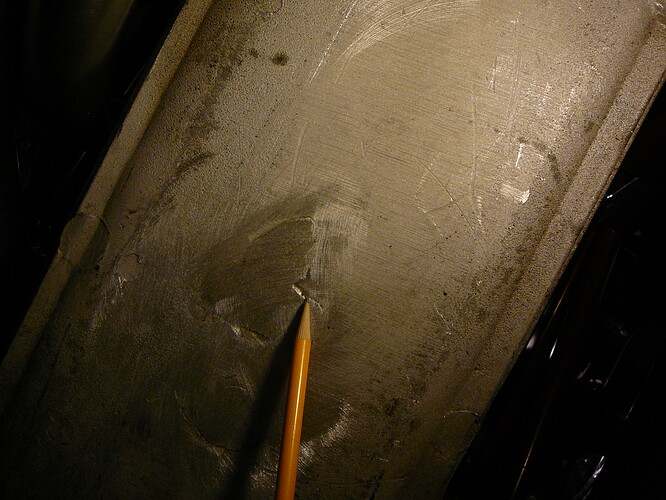 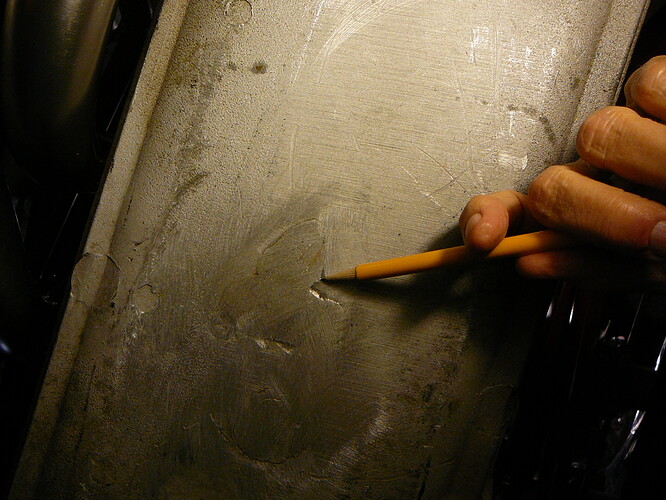 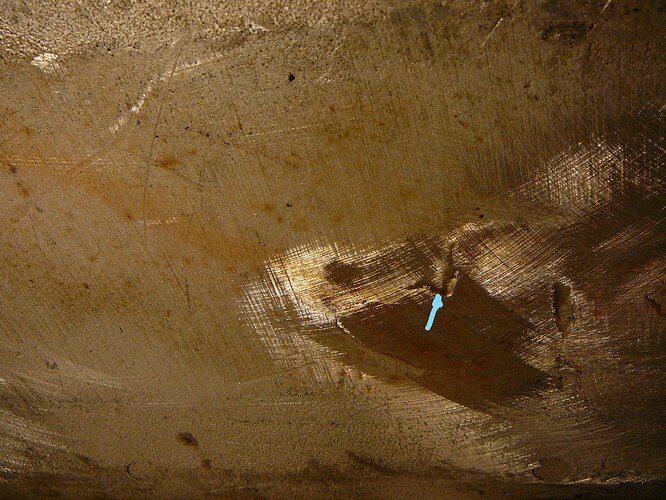 I would suggest to clean the area well with brakeclean then quickly dab some two part epoxy on the leak. It may do the job unless the leak washes away the epoxy.

There is currently another topic on sump repair, the short answer is yes, it can be repaired.

I’ve had this e sump on the shelf for 20 years, and upon finally getting around to cleaning it up for use, I find that it has several cracks related to a shallow dent. I consulted a young friend, a talented welder, who asked what the alloy is. Does anyone know, or perhaps more directly, has anyone been successful in welding one of these pans? Any other form of repair I should consider?

Thanks to everyone for all the responses. This is how I finally got the sump off: Unscrew all bolts and remove front studs. Remove harmonic damper. Loosen engine stabilizer. Rotate engine to minimize interference from crank. Note: I was fortunate to have an extra engine in the shop. I removed its sump and determined exactly at what point the clearance was greatest. I had to remove the engine mount bolts and then raised the engine with a jack under the front of the bell housing. I’m guessing n…

Click on the blue text to open the links.

If you suspect the pan leak is just in one spot, why not drill it, tap some threads and insert a small bolt. that might more effective that epoxy!!

Their mistake was likely in grinding it flat again, and it revealed an air inclusion. Mine has a Frankenstein stitch on the bottom that has never leaked in 21 years.

I’d raise the front end to push back the small amount of oil inside it, and use a Dremel with a small grinding bit to route a small recess. Spray it with with brake clear and scrub. That should give purchase for epoxy. Then I’d use well mixed fast setting JB Weld to patch it.

Alternatively, remove the pan. It takes an hour at most. You’ll need to unbolt the baffle and thoroughly clean the pan inside and out. I’d submerge it in hot soapy water and scrub. Then bring it to your favorite welder.

Mine has been welded when an entire corner broke off: 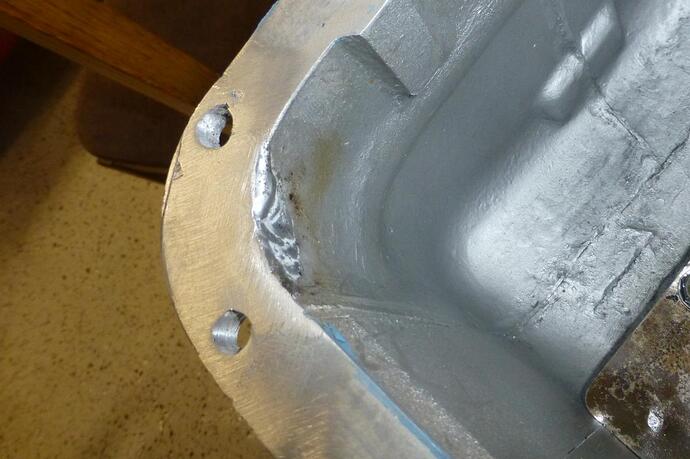 But that was done by a guy who really knows his stuff (and dropped everything to do it while we waited).

I’m not advocating their use, but I wonder how these things would work for the original poster’s repair? 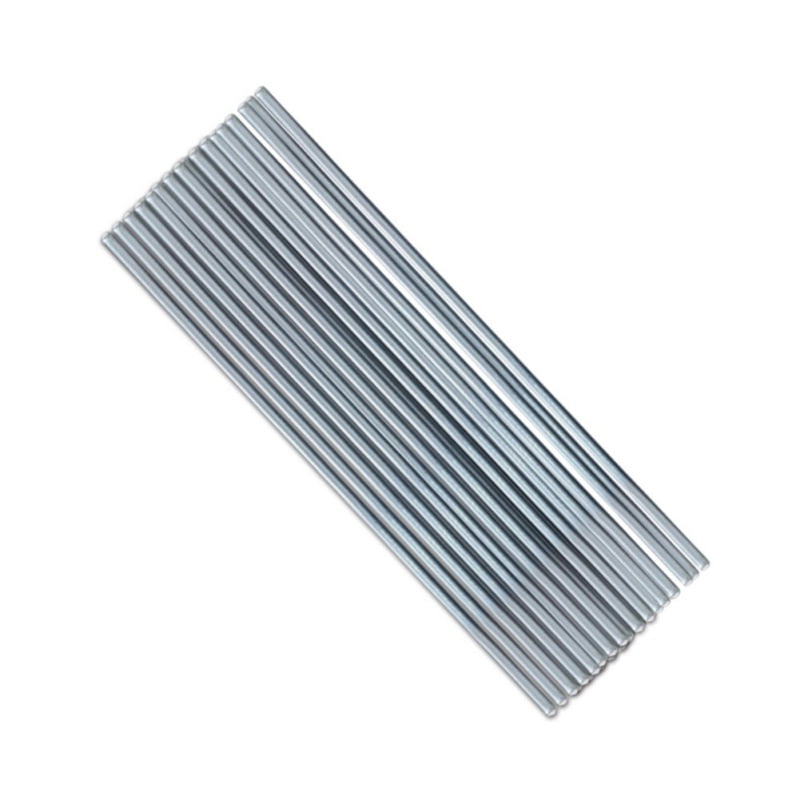 Brilliant idea John. And more secure than epoxy. And should it not solve the problem, off comes the sump for welding!

I’ve used that stuff for aluminum repairs. It works very well. The repair area needs to be made really clean using a stainless steel wire brush, heated with a propane torch till the rod melts on contact with the heated aluminum (ie not melted by the torch itself) then heat continues to be applied to maintain a puddle of the solder while the substrate under the puddle is scraped with a stainless steel wire flattened on the end and sharpened - this to lift away the oxidation that forms on the aluminum that will otherwise prevent the solder from bonding. Care must be taken not to overheat the aluminum. A downside is it will not be possible to effect a tig weld repair if the solder repair doesn’t work unless all of the solder is ground off.

done by a guy who really knows his stuff (and dropped everything to do it while we waited).

I hope he didn’t drop someone else’s sump, or that will require one of his excellent welds too…

I’ve used aluminum brazing rod to fill holes in aluminum. Worked great, although I can’t see how it could be done with the oil pan in place.

The JB Weld wouldn’t require removal of the sump, so I’d try that first.

The only downside I can see to JB is if it doesn’t work, then it’s more contamination that has to be ground away to weld or braze. I’d bet it will work though, albeit kind of ugly.

If you are looking for opinions here is mine for what it is worth. You are going to look at that sump every time you change the oil or service the suspension. Each time you will think “that makeshift repair is still working but it sure is ugly. I sure wish I had done it right”. You need to take the sump off anyways to check the condition of the bearings and to ensure that there are no split pins used etc. (And to check for foreign material if you really suspect sabotage) Take the sump in to an experienced aluminum welder and spend a few hundred bucks to get it done right. You will spend more than that on shipping fees from the usuals in the next few months!

Wow! Good ideas all. Exactly what I am seeking.

I think what happened is as Erica said, ground off the weld until flat and found an inclusion. That’s what it looks like to me. I’m shying away from an epoxy type repair if for no other reason than I’m in doing the car and I like knowing what I’ve got. Thanks for the references John W.; I’ll look them up, especially the sump removal one.

As it turns out I’m heading down to my son’s home for Thanksgiving on Friday. He is a millwright and certified welder for nuclear power plants. He has TIGs at home. But I’d have to get the pan off soon. I also have a close friend, a welding shop owner, who’s coming over to look at it. So, we’ll see what he says. And, John W., that is an interesting idea that I like better than a chemical solution although I don’t like the warning from Nick about interfering with possible future TIG repair. I’ll talk it over with my friend. And Geoff may have touched on a truth: I don’t like doing things less than the best I can. And I have been thinking about that sump and my not knowing what’s inside the bottom end. I don’t truthfully believe the builder would have put nuts or dirt in the engine, but more like let’s keep his good pan and give him this one. I have seen possible evidence of that sort of thing. Certainly I’d feel better if it was welded. It is a pain to drop the pan though, huh?

I’ve had several welded with good success. Both were done by the same guy who is a race car fabricator and brilliant at it. He said the aluminum is poor quality (what remains of all the aluminum pots and pans turned in by housewives during the war effort???) is porus and heavily infused with oil.
Since then I’ve had several other pans that weep from the bottom. I’ve applied a thin skim of quick hardening JB weld after scrupulously cleaning the area and sanding it with course grit to create good tooth. That seems a more or less permanent solution. It is difficult to locate the exact place it’s weeping so the patches are necessarily wide. I don’t remove the pan from the car to do this.

It is a pain to drop the pan though, huh?

Not super duper, but it will involved a few tasks. The 3.8 has the larger damper so it needs to come off. Then loosen the stabilizer, jack the transmission, set the crank, remove all the bolts, remove the return hose and dip stick, bash it off, and finagle it out. I hour for me.

I’d get the cosmetic sump gasket and you need a new cork rear gasket.

The JB Weld wouldn’t require removal of the sump, so I’d try that first.

It’s an inexpensive thing to try. And it looks like it’s worked for Terry with the sump in place.

Properly cleaned, JB Weld will work, becuz I had to do a repair that way, on an Alfa pan.

I can remember a “fix” my racing shop did on a Fiero 4 cylinder motor that was very leaned on for semi pro rallying. It had a rod break and it punched a hole in the side of the block that was about 2 X 2 inches. They filled the hole with epoxy and ran the car for the remainder of the season. It actually worked. I recall seeing the block on a bench and the patch was translucent.

Thank you All. I too have done repairs with JB Weld and other epoxies. Some of the currently available epoxies and cements are astounding. But, I’m gonna pull it. I just happen to be going to my son’s house on Friday. He’s an expert welder (scratch builds Harleys when he’s not at the power plants) and really knows his stuff. I sent him pics. No worries he says. Besides, he’ll get this car when I move on some day.
Anyway this pan has multiple patches in it. One of which has a circular patch that has an oil line defining its circumference. So it is weeping also. We’ll fix that while in there. I think what I might do is have Chad do the weld repairs, then coat it all over like Terry has done. It’ll come out tomorrow.