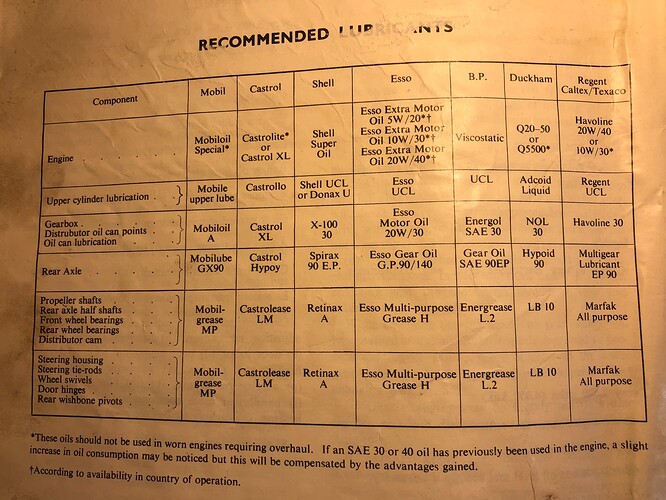 IMG_41801920×1440 264 KB
10/30 which is also recommended in the Jaguar manual which says, and I paraphrase, if engine is in good condition and previously broken in with single grade 30 or 40 a slight increase in oil use may result but is offset by the subsequent advantage gained.

Better flow, better cooling, better lubrication at startup and at higher RPM. I have perhaps 5# lower pressure at idle than 20/50 with 60# at 3000 at which point the valve limits it. See attached for more specific reference.

… which is about oils and formulations that have gone extinct… for better oils.

In fact now BMW will not warranty an engine that does not use their own BMW oil (called twin power oil) Vs Mobil 1.

Yep, not referencing the Brands

using same for the past few years.

totally agree… esp in Summer when it gets hot…

Castrol GTX 20/50 is all I use. Recommended by the engine shop that did the rebuild on my E-type 4.2 engine. The owner of the shop drives his '68 coupe using Castrol 20/50. He can use whatever he wants, but likes Castrol. He sees enough of engines (insides) to understand wear, IMO.
He was against using synthetic in the E-type due to more leaks, but not necessarly wear.

This from my wife’s 2022 BMW owners manual

The car has 3 year service included which corresponds to the length of warranty. Note that it says “up to 1 quart” of oils with the following specifications can be added.

BMW branded oil is available at some online retailers. I have heard it is Pentosin.

That’s not so bad. As long as you don’t have to pay the extortionate dealer mark up

as to the Mobil 1…zddp or not…it DEPENDS WHICH Mobil 1 oil…see their charts…some grades have less zddp…some more. The Mobil 1–15-50 has the proper level…the range of 1000 to 1200ppm. Does no harm…may help with flat tappet cams. As to “more” zinc…MORE DOES HARM…minimally but it does. The range for older flat tappet cam engines that is correct is the 1,000 to 1,200 ppm. Thus…adding zddp to other oils becomes difficult…to get the ppm. What is the zddp in the existing?..some are 400, some 600…and what is the concentration in the product you add…and add to how much oil. In the low valve spring pressure flat tappet Jag XK engine…zddp may be less critical…but why not use it. I can’ think of a reason not to. More important is frequent changes. CLEAN oil…as opposed to oil with contaminants:…whether dirt, sludge, acids from combustion. Engine oil is probably the least of our classic Jag ownership expenses. (what is a tank of gas now?) As to viscosity…not much difference in 10-30-, 20-40 now hard to find, or 15-50…do you drive in hot weather? Use 15-50 or close. Use 15-50 in Mobil 1 to get the proper zddp.
NOTE in USA…The Autozone “buyer club card” gives you one credit for a $20 purchase. (a tip: you do not get 2 credits for a $40…so separate your purchases) 5 credits gets you a free $20…so this is like 20% off…) Shop their sales…get 20% off…some stores offer military past discount…
Nick

NOTE in USA…The Autozone “buyer club card” gives you one credit for a $20 purchase. (a tip: you do not get 2 credits for a $40…so separate your purchases) 5 credits gets you a free $20…so this is like 20% off…) Shop their sales…get 20% off…some stores offer military past discount…

The only problem with that is that Autozone is 50% more than Rockauto for the same items. And Walmart has the cheapest prices on oil and such. Plus the Autozone house brands are parts unknown. I’ve thrown my “buyer club card” in the trash.

I’m using Shell Rotella T6 5W40 in the old tech mechnica linjection diesels in our boat. Oil consumption dropped immediately and the haze that eventually appears after running non-electronic governed turbodiesels at low power has disappeared. Dramatic improvement over conventional dino Rotella, which is highly rated on it’s own. The link below indicates that zinc content in the synthetic oil is about 1200 ppm…discussed on second page. Just bought another batch for the boat at Walmart@ $24/gallon. The Jaguar will be switched over at next oil change.

There’s a line of reasoning that says that Diesel motor oils aren’t ideal for gas engines. The reason is that they have high levels of detergent action, which negates the effect of the zinc. Diesels aren’t high revving, so no so much stress on the cam buckets. I’m actually a bit weary of the arguments… I’ve never seen a statement from a genuine tribologist to the effect that modern oils are bad for flat tappets. Nor does it make much sense that major brands would sell oil that damages engines.

Shell’s Rotella T-6 is a full synthetic that also carries both ratings. 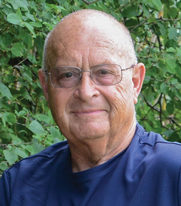 I’ve seen arguments that diesel oil is harmful to catalytic converters. Valid or not? I don’t know. Of course, that’s not an issue with E-types.

I’ve never seen a statement from a genuine tribologist to the effect that modern oils are bad for flat tappets. Nor does it make much sense that major brands would sell oil that damages engines.

Tell that to my Dodge 318 V8…that shortly after the oils dropped the zddp levels by a lot…developed…rapidly…a flat cam. Was my engine the one in millions? Once the wear starts…and gets thru the outer surface that the zddp protects…it goes really fast. That is why engine builders use new cam lube. The millions of cars with flat tappet cams are cars of long ago…and most are in junkyards. Exceptions now have completely different metallurgy as well as follower geometry and properties.
Nick

Tell that to my Dodge 318 V8…that shortly after the oils dropped the zddp levels by a lot…developed…rapidly…a flat cam.

And, like most pushrod V8s, the spring pressures are generally quite a bit higher than on the Jaguar. Doesn’t surprise me, because of lack of ZDDP there would be quite suspect as to the cause of the failure.

Simple. Castrol GTX 20-50 exclusively since 1986. Before that, going back to 1971, whatever 20-50 was available at any roadside gas station. Doesnt get any easier or better than that, IMO.