Can anyone provide me with the PPG number for Opalescent Silver paint that was original on a 1967 OTS?

Thank you in advance.
Ron W. 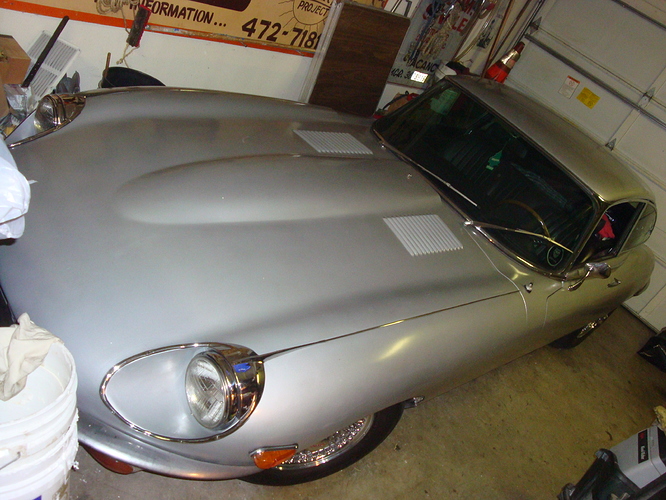 If Opalescent Silver is the original color for my 69 2+2 and I think it is (did your under-bonnet space/engine frames turn “green” silver? like mine?) there is no PPG part number that directly translates. I just picked a similar silver in PPG and shot it in my garage (never again will I spray metal-flake). I may be able to dig for the old can or the receipt but, if I recall it came from an early 90’s Toyota, or some such.

Ron,
The color code JAG 701 is what I asked for but the shop
ended up using Lunar Gray Metallic. They also gave me
three spray out cards to chose from one that had the green
flop, one that had a red-ish flop and one that was neutral
silver. All of these were in the recipe book according to
my painter. I chose the red-ish flop version because I have
a red interior. 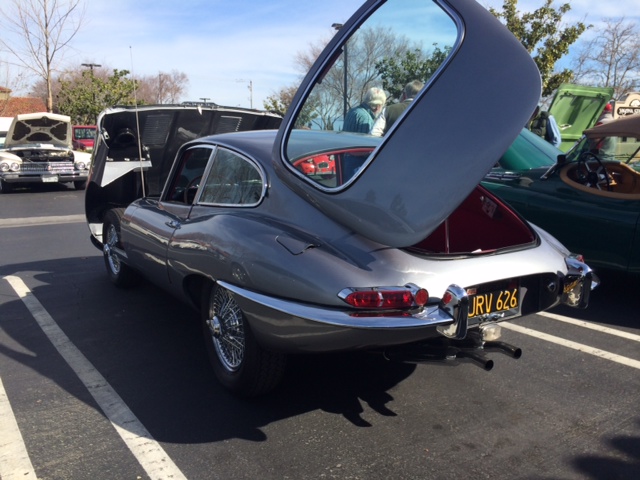 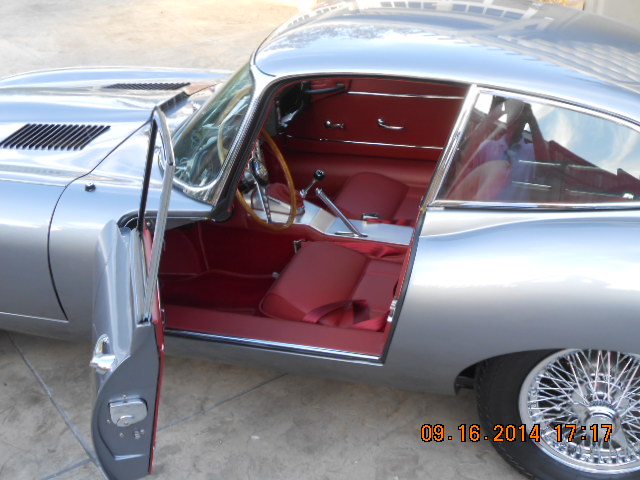 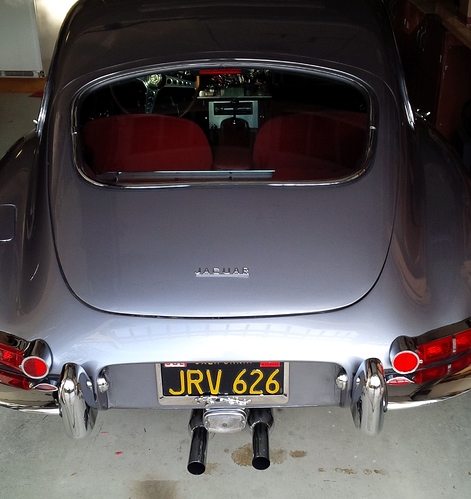 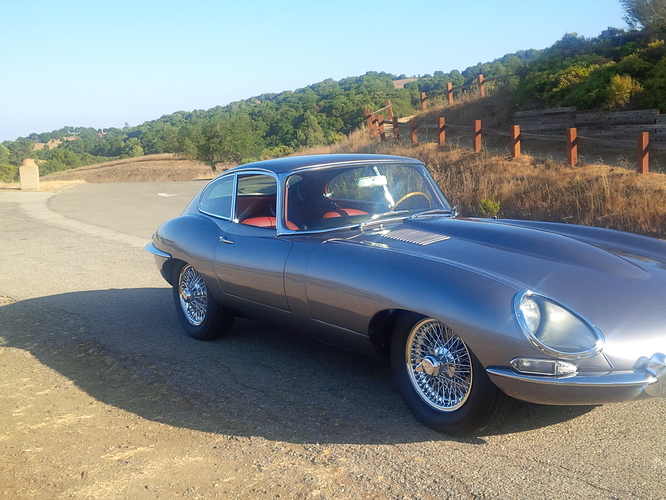 Hi John, note you have curly hubs and plain hubs in your pictures, could you please advise sizes? Mine are standard 5” but considering another set. Paul

Paul,
I started with plain hub wheels but they aren’t correct for my 1963. They were purchased by the previous owner so I used them for a while. I purchased MWS curly hub wheels later and sold the plan hub wheels to a friend with a 1969 OTS.

Got a question for you.
I was wondering what you found under your paint on the outside.
I have a 68 opalescent maroon
under the top coat was a base of turquoise then the red oxide under the bonnet and interior did not have this - the only thing I could figure out was the red oxide and the maroon were so close in color they could not be sure of coverage - I don’t think it has anything to do with the opalescent color

David,
This was the original equipment on the '61-63 models. Changed later for safety reasons - too much glare some claimed.

John love the color combination, would like to ask if you purchased a new windshield for your restoration, and if you did it must have fit. any feedback would be great, Regards Roger

Roger,
Thanks - I love the combination too from the first time I saw it I was hooked. Yes my original windshield was cracked so I replaced it with a new one from XKs Unlimited. It was installed by a local professional; recommended to me by the paint shop. The glass fit the bodywork opening perfectly so no issues arose during the installation. No leaks although I don’t drive in the rain nor soak it when washing the paint work.

would the OSG be the same as what my 1970 Heritage Cert. says go be „Silver“? Or is the the 1970 silver a totally different hue?

John I think you have my favorite color combo - looks great!

Wondered why you had the plains! Thanks

You seem to have significant knowledge on paint - my heritage certificate says pearl grey, however every paint list for Jaguar I’ve found has only listed “Pearl” - is this the same as “pearl grey”? If so, do you happen to have the paint code? I have one small sample of the original paint for the car under the gas cover door and it looks to have a slight blueish green tinged gray color - hard to tell from the pictures, but slightly different from the cars shown with pearl grey in XKE data.

For your car 2931/3108 would be correct during 1961 to 1963. Try ordering samples with those codes and compare. Notionally they should all be the same but the formulations may have changed.

I’m in the midst of restoring my late father’s 1969 xke ots. I’m changing the body paint color. The car was originally sable with a beige interior. I’m considering Ascot Fawn or possibly the Silver (paint code: 3308M) you mentioned earlier in this thread. I’d appreciate any thoughts on either of these combinations or any other suggestions for the body color.

Thank you in advance for your time.
Gia

Personal choice but you may want to consider a colour that was current during the year of manufacture. This is the Jaguar colour chart for 1967: 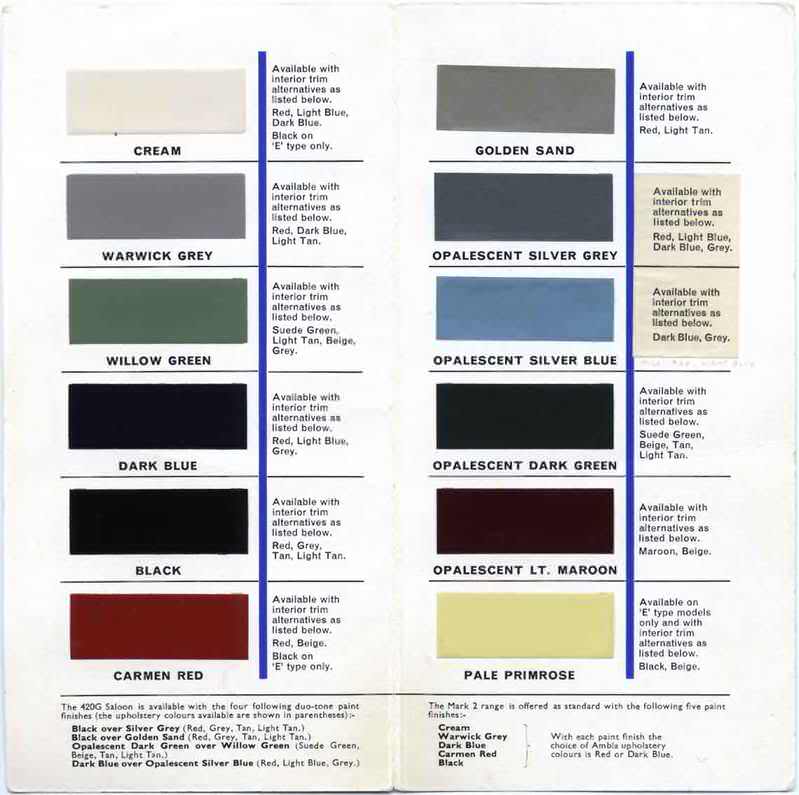 Thank you for posting the attached colour chart. Is this the chart for 1969 also?