I have always just thought that the series 1 & 2 XJ cars fitted Dunlop as OE. I always thought up until '81/'82 when they introduced the HE version of the XJ12 they fitted Dunlop ER/70VR15 SP Sport.

However i have been looking at a selection of fitment guides from period and they all list the XJ6 as fitting ER/70VR15. but the 12 cylinder cars it lists as 205/70VR15.

I am wondering if the V12 cars might not have fitted Pirelli instead of Dunlop?

Pirelli introduced the P5 in the later '70s. I know this was an OE tyre on the XJ saloons, and Pirelli have also already made the 225/65R15 P5 for the XJ40. I am just wondering if you chaps might be able to clear up some of this detail?

According to sales brochures, which are generally reliable but not 100%, the early V12s used Dunlop SP Sport just like the the 6-cylinder cars did.

However (and this is from memory so don’t take it to the bank) the V12 cars used a steel-belted version rather than fabric belted. For reasons not known, Dunlop didn’t use the alpha size designation on the steel belted versions? I dunno.

AFAIK, the Dunlops used on the early XJ6 cars were the only “Euro” tire to use the alpha size designation. I suspect it has something to do with the USA market, which was quite large for Jaguar. The alpha designations starting taking hold in the USA in the late 60s and soldiered on until the early 80s when a transition back to numeric designations began.

As long as I’m blathering…

Somewhere along the line Jaguar began specifying 215/70x15 for the V12 cars, I think when the Series III was introduced or, as you say, when the HE version was introduced. Later in Series III production the 215/70 was specified for the 6-cylinder cars as well, at least for the USA market.

I went into the office and told the managers that I wanted 5 of the tires. They said NO, they are for the Jaguars.

I reminded them that I had a Jaguar. They reluctantly agreed to let me have 5 tires. (we were allowed 6 new tires every 2 years as part of a compensation package)

I think I was one of the first (if not the first) people in the US to have the Pirelli tires (205/70 VR 15) on an older XJ6. The new Jaguars already had them from the factory.

They were 2 sizes too low but I did not care too much about ground clearance or speedo accuracy.

They were fabric belted and they only lasted about 15 or 20 thousand miles but the soft tires REALLY gripped.

Thanks for the memories.

The Jaguar Clubs of North America (JCNA) has a comprehensive list of tires fitted by year and model in their Concours d’Elegance Rule Book. The 2019 Rule Book can be downloaded for free by anyone from the Concours page of the JCNA website. The URL is https://www.JCNA.com

The JCNA Concours Rule Book primarily deals with North American market cars but it includes a lot of detailed information that should be applicable to most other markets.

oo thats interesting. That looks like the XJS started fitting the Pirelli P5 between '75 & '81.

I think the P5 came out in '77. However what seems odd, is that Pirelli have made the 225/65R15 P5 https://www.longstonetyres.co.uk/classic-car-tyres/jaguar/xj12/225-65wr15-pirelli-cinturato-p5.html but according to that list that was never fitment, which seems odd.

I think you will agree, it is a great price

So my understanding about the P5 is pretty ground breaking for the day. Untill the P5 tyre manufacturers had made tyres and sold them to car manufacturers. Hiowever the P5 was different. In 1977 Jaguar asked Pirelli to make a tyre for it’s Luxury saloons, and that tyre was the Pirelli P5.

This time round Jaguar have again connected with Pirelli who have made the P5 again, it now also has the J homologation from Jaguar themselves stating that they have approved the tyre. 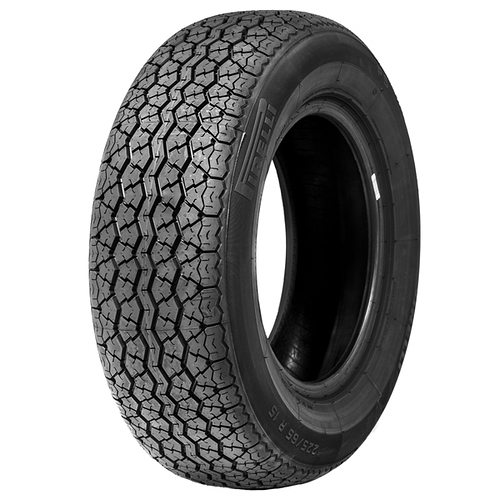 Sure nice, but I’d appreciate even more if we kept this forum ad-free. There is an ad section on this site at some other place.

If you look on this web site it will give you your local distributer for the Cinturato http://cinturato.net/

And of course it also has the epic ‘Tortoise and Hare’ film.

I post on lots of forums. My intention is to be informative about what tyres are available. and i will post view points about what is best for a car. Generally people find it useful. However i do occasionally rub people up the wrong way, but that is usually after someone posts something wrong like. i fitted a modern wider tyre on my XK Jaguar and it didn’t make the steering heavier. I do feel duty bound to try to maintain the truth. which people often synically misinterpret into me just trying to seel the most expensive tyre. However if you look at the price of the Jaguar homologated 215/70WR15 98W (J) you have to admit it is a bargain.

Just looking at the web site you have linked to and there appears to be a problem when viewing on an iPad, as soon as I try to scroll down passed the second line of tyres it jumps back to the op of the page. Also the side bar to the left encroaches onto the first few lines of text.

Hmm! thanks for that.

we are working on this, the jumping page is the second batch of products loading up, in an attempt to get the page to load quickly we don’t load up all the products immediately. but you are right it is annoying and doesn’t run very smoothly so we will look into it.

The stuff on the side encroaching is also not very good. we will look into it.

thank you. we do appreciate critism about our web site. we try to make it as effective and informative as possible. Please do point out any mistakes that you see

I’ll find pictures but my
Original 1972 12,000 miles XJ6 production year
Had Dunlop’s from the factory
It was within the builds of v12s
Don’t know if that makes a difference if they changed to pirellis with the 12
Loved that car
Gtjoey1314

I’d love to see pictures. specially pictures where we can see what the tread pattern is, and specially if we know what year it is.

we do appreciate critism about our web sit

Please view it as feedback rather than criticism

Cheers Robin. yep that is a nicer way to look at it.