One year ago I replaced the mechanical fuel pump in my Spitfire. Unfortunately, it turned out that the replacement part, while working well, was scrap as it started leaking very soon after. My usual source even stopped selling mechanical pumps as he said just everything on the market was the same kind of factory-new scrap.

Now, it seemed that the situation had improved as Quinton Hazell pumps got available again. Well, I went in, bought one and installed it this week (really a breeze in a Spitfire). It fitted fine, it doesn’t leak, but even the first test run last night and another test run today made both float chambers puke fuel through the overflow tubes. It is quite massive. Very similar (I suppose) as fitting FI electric fuel pumps to a carbed SI or SII XJ (compulsory Jag content;-) …

Now the strange thing is that this fuel pump (QFP 120) is supposed to be suitable for my car as per Quinton Hazell. What is wrong? - The carbs have never been overflowing while in my custody and that is almost 40 years now. The spare part bears the correct product designation on its housing and fits perfectly, so a mistaken pump seems out of question. Is it possible to adjust the pump pressure at the mechanical pump? Do you think production tolerances are big enough to let the “correct” pump put out that much excessive pressure?

A somewhat common issue in the old car world. Mechanical pumps delivering too much pressure. I put it down to simple lack of quality control. “Manufactured to original specification” doesn’t mean much these days. Poor quality/incorrect spec is a common complaint with replacement parts these days throughout the hobby.

I’m not aware of any adjustments on mechanical pumps but don’t take mine as the final word on that.

Most guys fit a pressure regulator or go to an electric pump. Low pressure electrics (3-5 psi) are offered by various manufacturers.

Others will chime in

Why don’t you tap the fuel bowls and then if unsuccessful check the fuel pressure?

Thanks Doug and David,

your comments kind of confirm my initial suspicion, Doug! Even with a well-reputed producer you’re not on the safe side. I contacted the supplier and will see whether he’ll suggest to “try another one” (thank God it’s not a head gasket or a rear gearbox gasket …). Frankly, I would not like to add more complexity by pressure regulators etc. - it can’t be that hard to produce a mechanical pump with roughly the correct output pressure!

Hi
this is what you need

for your suggestion! For the moment I’d still prefer though to stick with the system that has proven its merits - the original pump has covered 30+ years without any trouble and leak-free. I’d just like to get back to this state and to avoid adding other complexities or sources of trouble.

We’ll see whether I can find another good quality mechanical fuel pump.

I don’t know if any of these will fit, but Burlen Fuel Systems does make mechanical fuel pumps. They will be higher quality than a Far East repro.

Yep. Would have been my favourite as well, but … 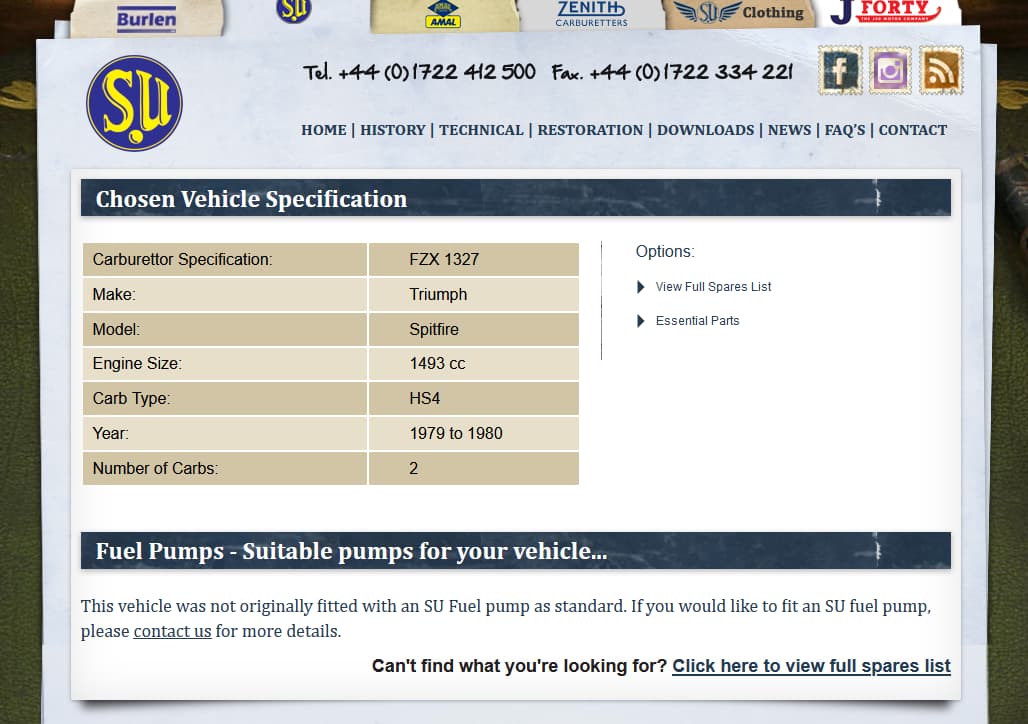 So I keep on searching …

As I am sure you know the mechanical fuel pump is cam operated, the cam operating a diaphragm that oscillates just like the SU electric pump. As there is no recirculation the spring behind the diaphragm is controlling the output pressure. When no petrol is consumed the fixed volume of petrol effectively holds the operating finger off the cam. If you can recover the spring from your “old” pump and fit it to the “new” one maybe that would solve the problem?
Although I had a Spitfire IV in the 70’s I never had cause to tinker with the fuel pump as it was problem free. Good luck in finding a fix!

As there is no recirculation the spring behind the diaphragm is controlling the output pressure. When no petrol is consumed the fixed volume of petrol effectively holds the operating finger off the cam.

Mechanical pumps of this kind is associated with carbs, Mike - which sort of require fairly standard pressures. Some 4 - 6 psi is sort of ‘adequate’, and it is well known that high pressure may increase carb fuel levels - and increase petrol consumption…

On the other hand; pumped volume is more important and relates to engine size - on the assumption that the bigger the engine, the more fuel it uses.

But apart from cam size etc; pumped volume can only be varied by the number of strokes actually executed - which, as you say, can be varied by spring pressure. Which implies that big engines indeed requires higher pressures than smaller ones?

Which means that engine size matters - hence the engine size specifications given, rather than any data on actual fuel pressures being specified? And the pump he has is the wrong one…?

Indeed, I tend to follow your spring theory, Mike. When installing the new pump the lever immediately pressed against the cam and I had to overcome some spring pressure on the lever when fixing the pump with two 5/16" nuts. Maybe this was purely coincidental that when stopped the engine had the cam operating the fuel pump pointed outward, but I can’t remember the last pump was under spring pressure when I removed it. A quick check revealed that the replaced pump has a few degrees of lever operation with only soft spring resistance before the higher resistance of the diaphragm becomes clearly sensible.

I will remove the new pump tomorrow and cross-check with the old one and will keep you informed.

Thanks again and best regards

Just to close a circle:

I ordered a new pump and installed it. The problem was not totally gone, but much reduced as only the rear floating chamber would overflow. I opened it and checked the needle valve (which I had replaced only one year earlier). While I couldn’t feel any ridge in the needle, I saw a kind of shadowy ring and took some care to clean the needle, reinstalled everything and for the moment - knock on wood! - the car runs just fine. Today I prepared her for hibernation 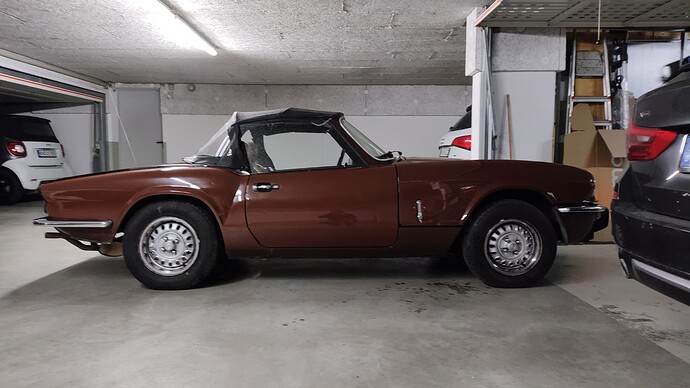 .
Thanks again everybody and have a nice week end