Has anyone replaced the OE rear brake calipers with a more robust design?
What modern era caliper may be re-fitted to the IRS to replace the Girling hydraulic brake and the manual parking brake?
Cheers,
-Albert

The original design is handicapped by the fact that the parallelogram makes one side pulls tight before the other side can tighten up. This means the brake rarely tightens fully as it simply runs out of travel before it is fully tight on both sides.

To make the parking brake design robust, take the stalk it is mounted on, cut it exactly in half and put a tight but loose metal sleeve over the two halves. What this does is force the whole parking brake assembly to float (rather than pivot on one side) and this means both sides pull evenly when you pull the handbrake.

OTOH, the stock parking brake works just fine IF properly setup and maintained. Never had a single problem with mine, and it works quite well. It will easily lock the rear wheels, which is the best any brake can ever do.

I’m with Ray - I have a 69 S2 (like you) and the handbrake will hold the car well on the steepest incline. As for the calipers… it seems they are quite good for the job the rear brakes have to do (help stop the car w/o having the rear go past you).

Are you experiencing a braking problem?

Certainly, the original design works, but as Marek pointed out, the linkage is not optimal from a mechanically balanced perspective. In addition, the spring & pawl arrangement is prone to trouble unless periodically maintained. I’m guessing that virtually every e-type has had to overhaul the parking brakes for these reasons. Perhaps I’m lazy, but I would like to avoid working on the IRS brakes if possible.

I’m hunting for that unlikely needle: a rear brake caliper with an integrated handbrake mechanism from a late model car which can be retrofitted to our Dana IRS setup. Machining new brackets and such would be worth the effort, IMO.

the linkage is not optimal from a mechanically balanced perspective.

Who cares about “optimal from a mechanically balanced perspective”? IT WORKS. I’ve only touched mine twice in over 20 years, and 50K mile. Both times because I had to drop the IRS, and remove the calipers for other, unrelated, work. They still work perfectly, and re-designing it to work “optimally” will gain nothing in real-world performance. I firmly believe the only problem with the stock design is people fail to understand how it works, and fail to install, adjust and maintain it properly. If you do, you’ll have NO problems.

What modern era caliper may be re-fitted to the IRS to replace the Girling hydraulic brake and the manual parking brake?

I frequent this forum on a regular basis and don’t recall anyone ever mentioning an alternative handbrake setup. I do recall someone suggesting a modification to the existing linkage - this may be what Marek is suggesting. Comments about their handbrake being ineffective are not uncommon, but as Ray and Geo have indicated, a properly adjusted and maintained handbrake (which I have on both E-Types) is effective and not a huge maintenance burdon.

I think it depends on what you expect of the handbrake. If you expect it to lock up the rear wheels when moving, as plenty of contemporary British cars would do, it won’t do that.

I did actually try that soon after I’d finished the restoration and one of the (new repro) pads just sheared off, leaving me with no handbrake at all.

I had some new pads made and bonded to the back plates of the calipers by a local specialist outfit. It was a nasty job to install them so I never tried pulling the brake whilst moving again. But adjusted right, it would hold on the steepest hill and stayed working that way for the rest of the years I owned the car.

Our old house had a drive with one section having an 11.3 degree, or 20% slope. With the car in neutral the handbrake held just fine.

To answer the original question, I believe there are 3 mods, associated to the handbrake, 1 provides for a revised linkage as per Mareks comments above, the next is a revised cable and linkage system currently supplied by SNG for around £150, see below. The third is two callipers mounted on the rear of the diff which operate via an extended cable and revised mount.
This is the cable and linkage mod 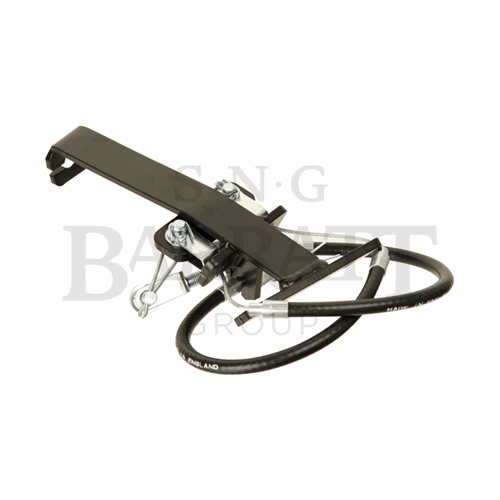 Here is a photo of what Marek explained above… 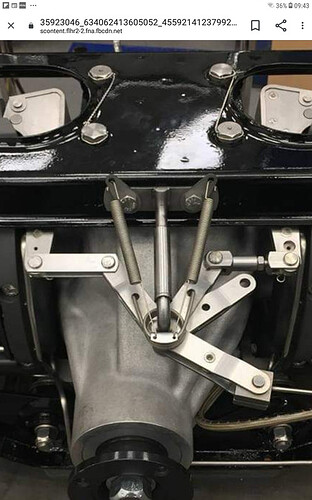 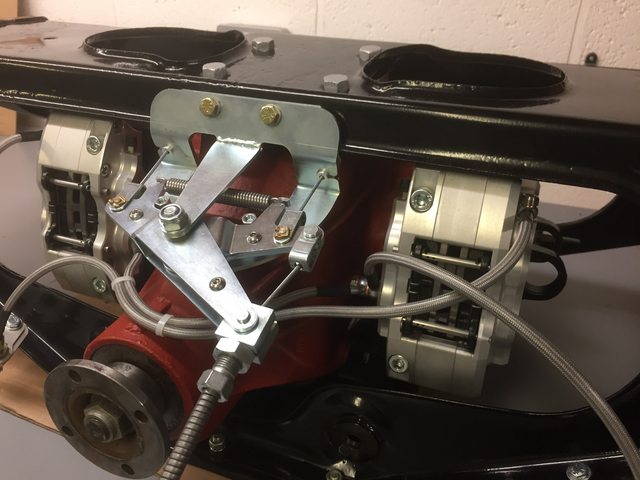 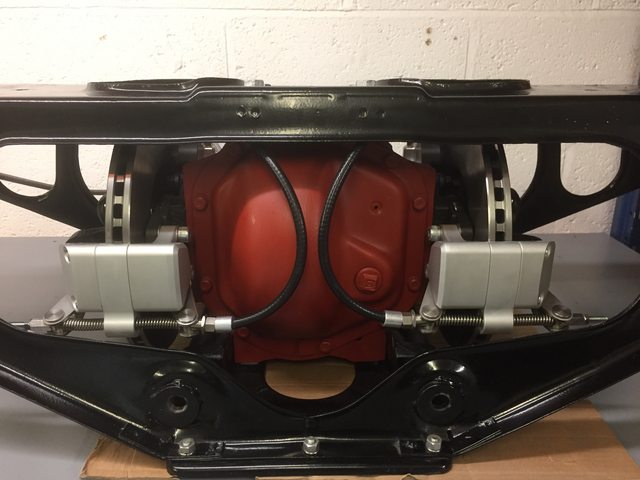 I am not recommending any of the above just answering the OP’s question .

As I restored my 1970 series 2 , found usual problem of rust specialy on self adjusters . Media blasted all parts then sent some for zinc plating ( won’t ever rust ) and where tolerances critical such as threaded pieces I sent out for cadmium plating . 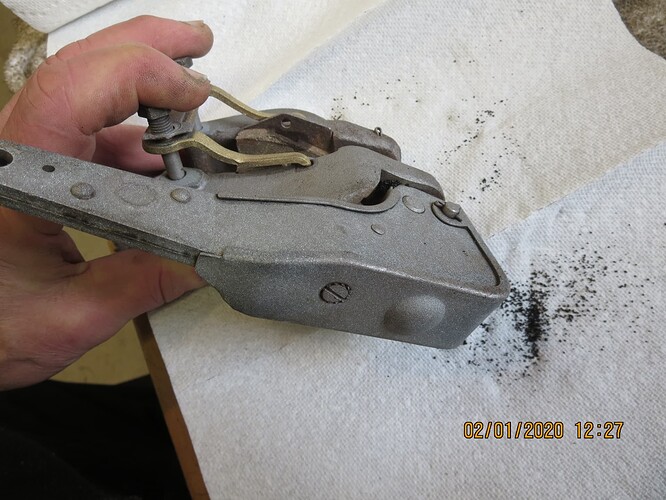 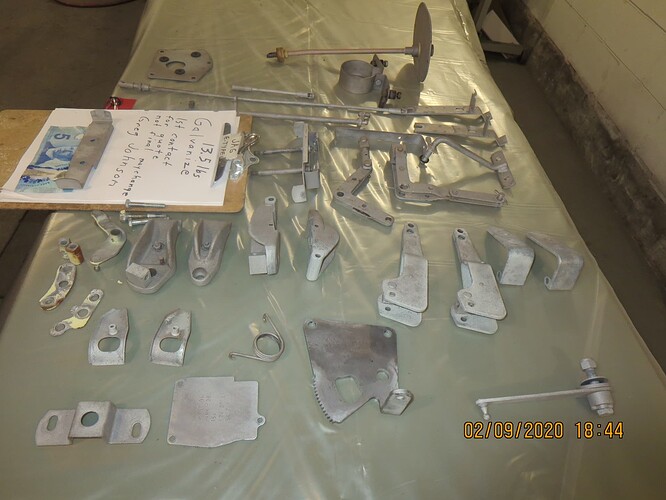 I may be wrong I don’t know for sure , but the mechanical parts and there working look very much the same as the MK2
When the pads are new there is very little pad contact to the disc , only about 1/4 of the pad on a MK2 , it is a poor design ,
It’s a shame the pad makers don’t make them to fit 100% from new , more they wear down the better the handbrake gets ! 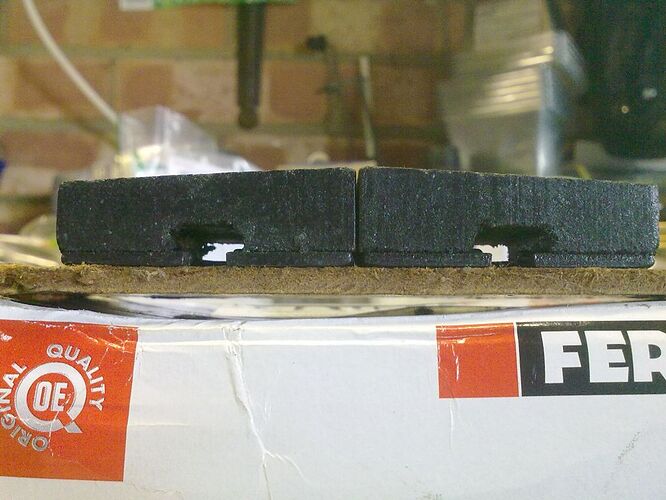 A well maintained original setup does work, but there are repro handbrake cables out there which are too long… This means they run out of adjustment length before fully pulling both levers tightly. Drilling a second clevis pin hole works as a fix in this case. Or get a proper cable.

Another useful upgrade is to use an R-clip instead of the hokey clevis pin/split pin to connect the cable to the brake assembly. This means you can more easily reach and manipulate the parts in situ, somethng which is hard to do with the split pin arrangement.

Hello 6,
So where do these beauties come from?

Fossway I think. U.K. based

Thank you everyone for the help. I researched our forum as well as others, visited Fosseway several times, but never found the handbrake caliper upgrades.

So an email was dispatched to Simon at Fosseway yesterday (thanks to 600’s lead) and voila, they have the full kit. It is not (yet?) listed as such on their website, but I’m told that it is available. 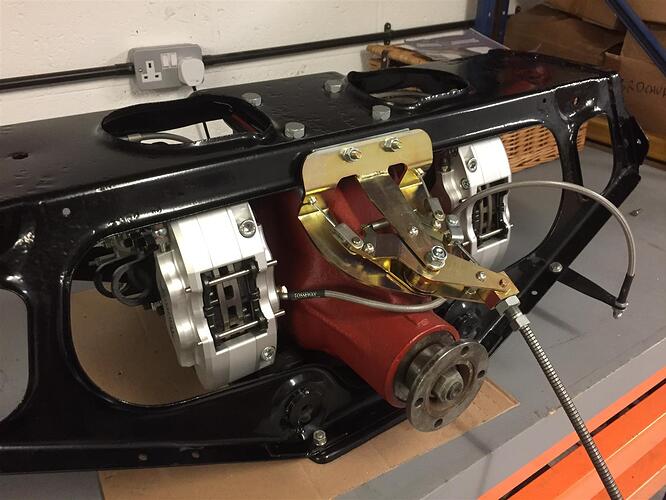 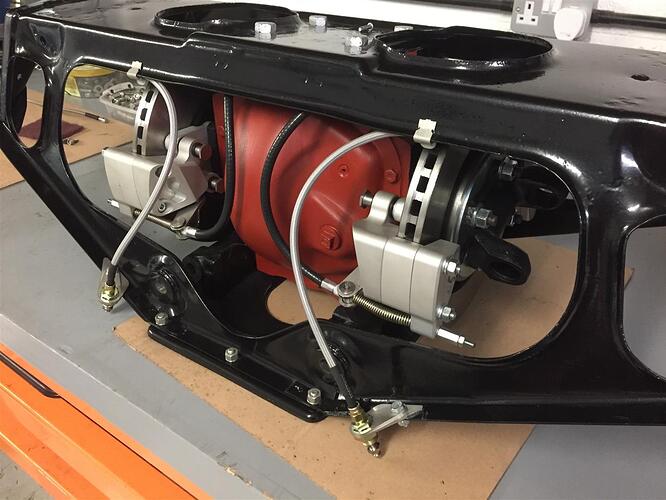 Again, much thanks to everyone. Is this upgrade needed? Absolutely not, but over the past 40 years, part of my enjoyment of working on this old e-type is making improvements that appeal to me. Life is good.
-Albert