Now that I’m trying to install my 140DHC’s pedals, please could someone tell me how the pedal shafts seal as they pass through the metal bulkhead into the cockpit? I know there are felt seals, special circlips and special plastic collars, but I have no idea how these work together. I thought I saw mention of a metal plate that holds the felt against the bulkhead, but I don’t know if that would be for 140DHC or something else. It’s not covered in Viart as far as I can see. How does a circlip hold a felt washer against the bulkhead whilst the pedal shaft moves through it?

See photos I made several years ago. Remember, mine is LHD. Made a drawing as well, so this should solve your problem. 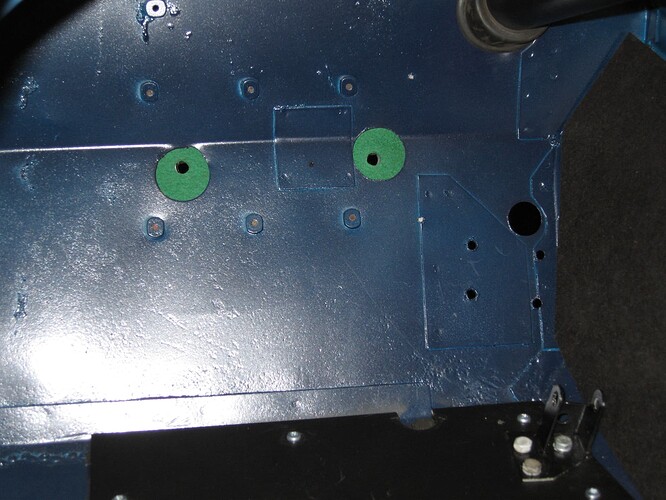 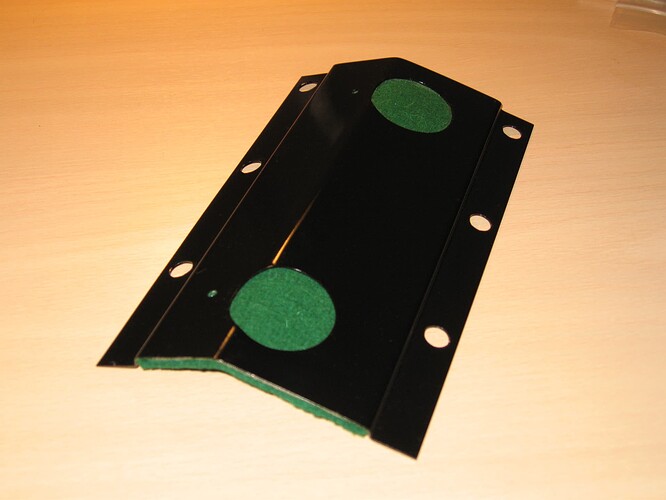 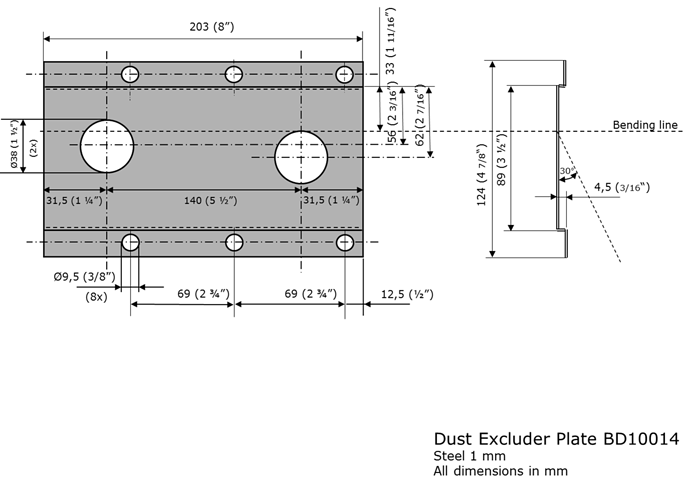 That’s great, Bob, thanks. I can’t remember if your car is a 120 or a 140? There weren’t any holes for one of these plates on the left side when I dismantled the car, which is a bit odd. My car was originally LHD, too.

This was my LHD August 1955 XK 140 FHC SE. This foot well is completely original and you can see how the factory tried to manage the various versions (manual/automatic) and covering the holes they didn’t need for a particular car. 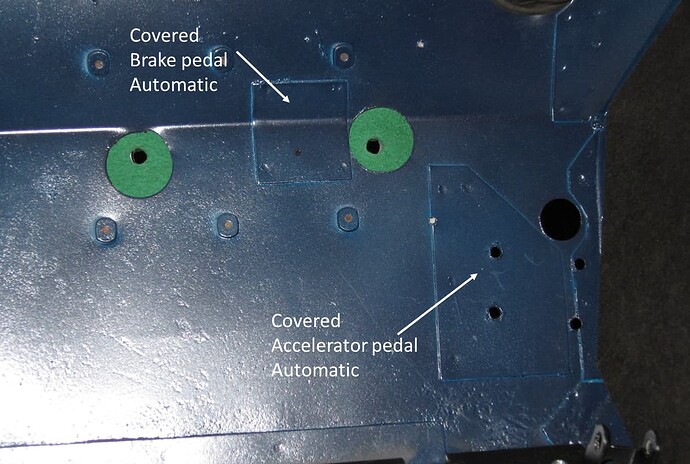 Converting this info to RHD might be a bit more difficult as it is not completely mirror image as the brake and clutch pedal still have the same position in LHD and RHD cars. But knowing that, you should be able to use the applicable hole position and dimensions as presented on my drawing.
And I understand from your posts you had nothing else to do…

Ah, thanks for that Bob. I think we can say the FHC and the DHC are quite different, then - this was my DHC LHD bulkhead before dismantling: 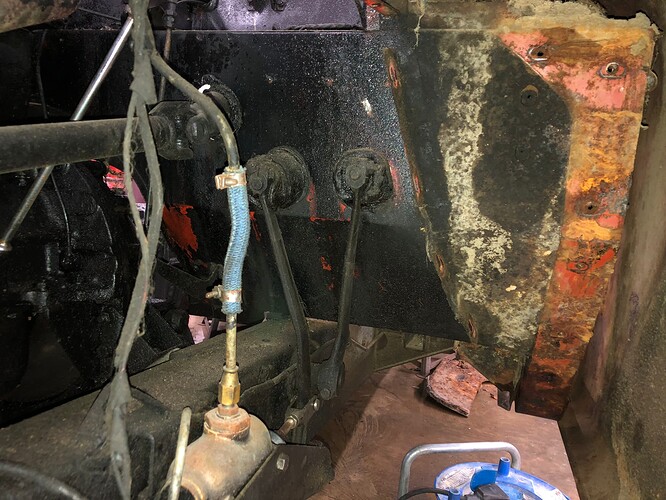 No sign of any plates or mountings for plates there. This part of the bulkhead was sound after blasting, so it is retained with no changes, apart from covering the redundant holes. 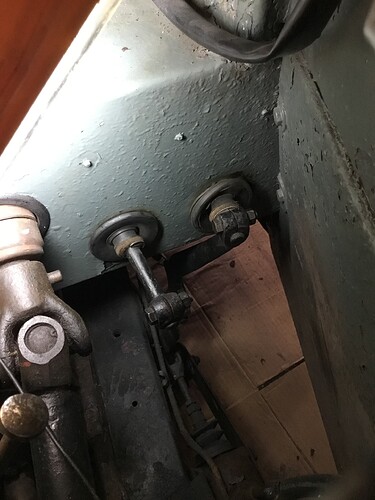 My clutch cone shaped grommet has deteriorated, but the brake grommet is still good. The relative positions of the brake felt seal, grommet and circlip are easily seen in this picture.

Sorry for creating so much confusion. I knew the body construction of the FHC is rather different, but that even the way the pedal stems are sealed is complete different was a surprise for me. Also don’t understand why Jaguar opted for a completely different solution just for the FHC.

It looks like the DHC has the XK 120 kind of rubber seals on the stems of the pedals. So just a hole for the stem and the rubbers at the outside.

Thanks Gary, that’s perfect. Just need to perform the required surgery on the pedal stem now, get them painted and assembled.

A brief mock-up reveals that I do have the hole in the right place, phew! 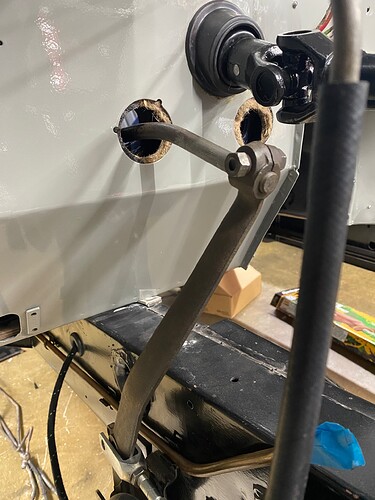 I guess I was surprised to not see anyone mention those rubber C.4036 Draught Excluders before now. I thought they were on all XKs, but apparently today is my day to learn something new.
Here they are on my LHD XK120 FHC. The pedal stems poke through holes in the carpet and underfelt. 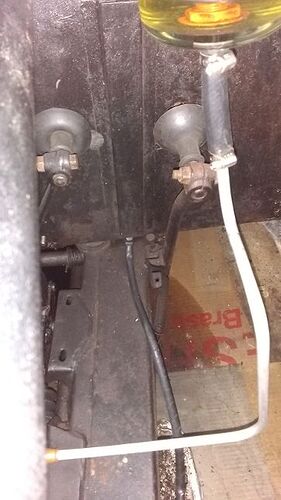 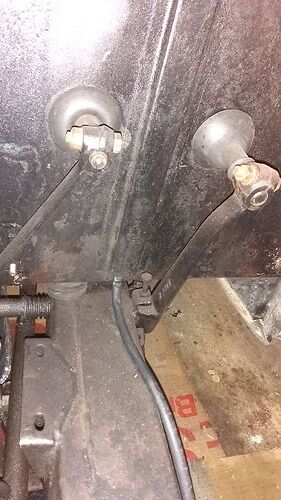