Drive around the block till you get the smell , then drive home , with engine running have a good look around !
Check the carb overflow pipes .

It can only really be the boot (tank problem / pump connections), the flexible line to carbs, or the carbs. If driving in hot weather it is not unusual to get a whiff from the SU’s after coming to a stop and the fuel not being used expands a little and overflows.

I find it can be noticeable on a restart after a hot shut down. I believe it is because the fuel boils out of the starting carb since it is open to the atmosphere. Can be worse with winter grade fuel still being used in the car this time of year. Reid vapor pressure is reformulated come summer grade fuel which lessens the possibility of this occurring. My works around is to have an electric pusher cooling fan that cycles on and off on a thermostat control during hot cool down thus ventilating the engine bay.

Try my trick with a fuel pump cut off switch which I turn off about 45 seconds before I turn off the engine. No fuel in the bowls = no fuel to boil over. I also removed and seriously lengthened the carb overflow rubber hoses, which were brittle and prolly leaking close to the engine. They now are almost at ground level which makes a huge difference as ground force air sucks out any fumes. You’ll never get 100% no fume smell from this old SU technology. Some people have installed 12 volt computer mini vent vans to keep the bowls cooler. Roll the back windows down and drive faster!! 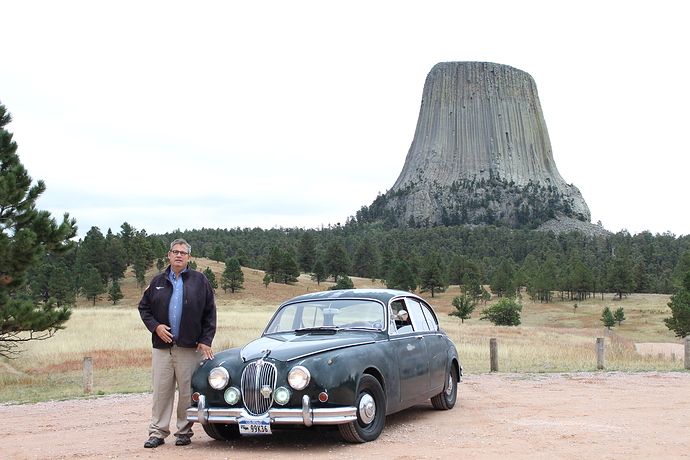 I have HS8 SU’s fitted , no Petrol smell , never had smell of Petrol with the HD6’s carbs

I had a similar problem with an S, from two separate causes but with the same symptoms - fuel smell permeating the cabin after a short while. One was due to a slow leak from the top of the rear carb float bowl due to a shut-off valve not able to always close. The other was a crack in a pump diaphragm due to age, causing a very slow drip - also a title I have been called at times. Both leaks were slow and evaporated at a rate that did not really leave much trace. Fixed both simply and no problems since from three years ago. But the access to that @&*%$ rear carb is a …bother. Expect to drop something too.