Pray for your Friend Ray Livingstone's house and shop

The CZU August Lightning Fire in Santa Cruz Country California is raging all around Ray Livingstone’s home this past few days. They are OK and staying in their son’s place in Concord. He moved his Jag to Scott’s Valley nearby (which isn’t totally out of the danger zone) Pray their home and Ray’s workshop are spared from the fire.

And another Forum member in the area - @davidxk (David Langley) says he is safe for now but the fires are too near (2 miles) for comfort and the air is very smoky.

What a helpless feeling this is.

Fingers crossed and good vibes. Wish I could help more.

It’s a really scary situation all over. Is one of the fire fronts listed here the one threatening Ray’s place?

About 11,000 lightning bolts strike California, igniting hundreds of fires in...

Besides having the most Covid-19 cases in the US, California is facing multiple crises this week -- including dozens of major wildfires and surprise power outages as residents grapple with a blistering heat wave.

Ray has taken the Jag and evacuated.
He has both hands full right now, is staying in Concord with his son(?) so may not reply here for a while. Last I heard he estimates a 50-50 chance is house/shop are still standing.
Dave Langley is about a mile from me, and just a few miles from the fire… stay tuned.
I have, over the years, built a pretty good fire ring around the house… hope we don’t have to test it.
Almost no wind here at this time, which will keep the fire from spreading as fast, but the other side of that coin is that the smoke is just sitting, visibility is just a couple hundred feet right now (increased from under a hundred feet a couple hours ago), which is fine for all except creatures who breath oxygen. I am just recovering from sinus surgery, so am having a bit of trouble breathing, (swell timing) and awaiting some medication for the sinuses which is being held up by the Postal problems caused by the &*%#@##$.
Cell phones are out, lightning strike on the tower, couple more days, I’m told. Still got internet and landline, first day in several that the temps have not been in the 90’s.
Other than that, everything is perfect.
LLoyd

All the best to you in harms way. We’re the good guys - it has to turn out happy!

UPDATE
Ray just heard that about 80% of the homes in his area have burned, but his seems to have survived somehow. He hopes to get back up there tomorrow is possible to verify.
Should I laugh or cry?
LLoyd

Thanks all! We are in the “CZU Lightning Complex” zone, which now covers a huge area. Tens of thousands of people have been evacuated, with more to come. We had to bug out middle of the night, Weds 1:30AM. Word is, 40+ if the 52 houses in our road are just gone. Somehow, ours and 8-10 others, were, as of 8AM today, untouched. Of course, this is not over yet. There are literally hundreds of fires, 0% containment, and Calfire is short-staffed and equipped.

The entire western US (almost) is on fire. There are over 175,000 acres on fire in Colorado right now with little to no containment. Firefighting resources are spread really thin and they have to prioritize protecting structures. Fortunately most of the fires in CO are not immediately threatening structures. I’m happy Ray’s home seems to have been spared (so far) but it totally sucks that others have lost everything. Stuff can be replaced- it’s the photos and heirlooms that are lost to history. Here’s hoping that further loss of structures is averted and that no one has perished in these fires.

Hope the best for all in this dreadful situation. It sounds so similar to our last summer, so many killed in their homes and amongst the fire fighting fraternity including several that came from North America. COVID must be frustrating efforts as we and the Kiwis and others will have trouble traveling to assist. Paul.

Wishing all the families that are being affected by this a safe outcome its in the lap of the gods, as to who comes out OK or not. 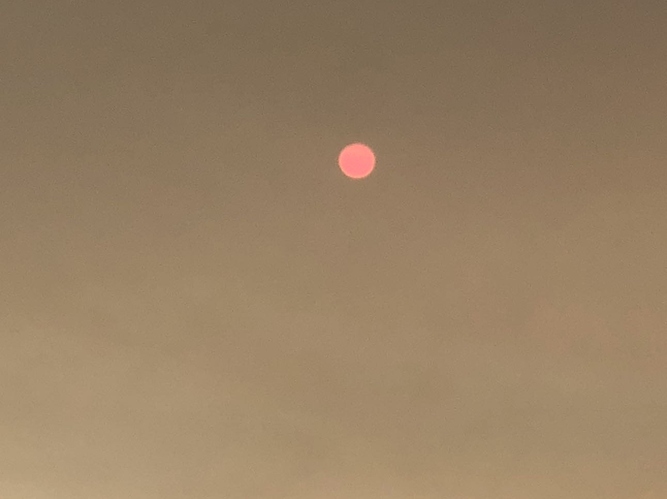 There are mountains in the bottom of that photo… trust me.

. Hope all ends well for Ray, David their families, homes and toys !

“Evacuation order” line is currently about 4 miles from Davids place (4 1/2 from me) , east of us. But there are a lot of homes between, so lots of defence. I bet Dave can sit on his back deck with a beer and see the flames. Wind from west right now.
LLoyd

To Ray, Lloyd, and others at risk, you have our thoughts and hopes. We came extremely close to losing our home in the Cedar Fire in 2003 (like 6 feet close, saved by valiant firefighters) and our neighborhood was quite devastated, and we’ve been evacuated a couple other times too. So I very much understand the fear and angst you and your families are going through.