Pre-HE Pertronix Installation with trigger board

Ok
I’m not sure it’s so much a bypass as it is a replacement out side of the ballast with an in-line resistor.
I am fairly inept at pasting and etc.
I will give it a try.
If anyone wants to walk me thru it I’m game.

I’m not sure it’s so much a bypass as it is a replacement out side of the ballast with an in-line resistor.

Tomaytoe, tomahtoe. You’ve gotta make it clear to the nimnuls doing their own repairs that you’re taking the resistor pack out of the circuit, just in case it’s bad. So you use the word “bypass”. Then you add the inline resistor to provide the same protection.

Just snap a photo of those Lucas instructions. You can then attach the photo to a post here with that “upload” icon at the top of the edit box. 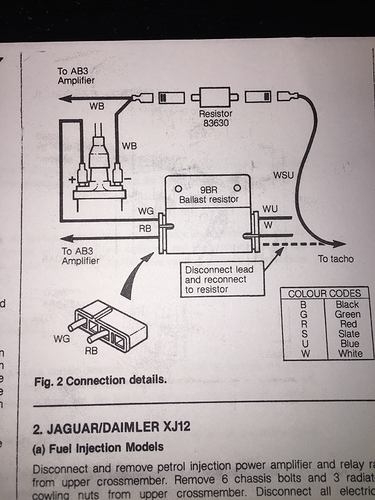 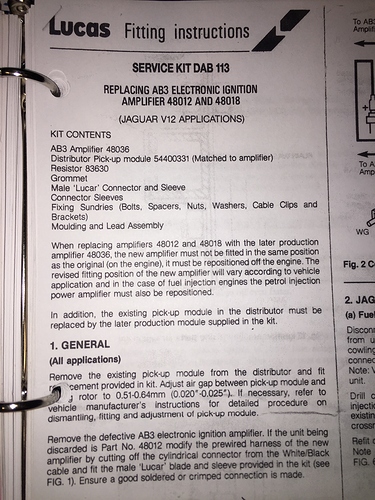 Was there any issue with ‘phasing’? I have seen Crane write-ups (B Embden or Ed Sowell?) that said that there was fiddle and checking that on max advance that the rotor didn’t discharge to the neighbouring HT terminal 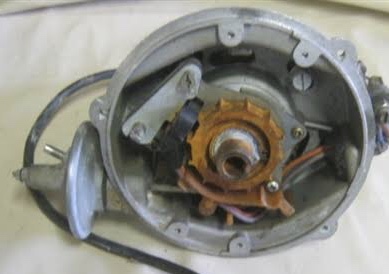 You’re saying that they had an issue with the coil not discharging when the vacuum advance was at 100% (or close to it) because the pickup didn’t stay in line with the disc?

Seems it could happen with either. The crane, an optical system may be more sensitive to that than the Pertronix as it’s magnetic.

I haven’t seen that happen yet.

Oh, yeah- that could be it the screws seem to match. I haven’t seen the inside of one of those before. Makes sense looking at it.

I’d cross reference the “fit” from the manufacturer with other models using the same or similar distributors. It worked out for me but I wonder if the EFI board would be an issue here?

I suspect this is happening to me.

I have an xj12 on carbs- new to me. It has been well gone over by a marque specialist- who identified and replaced a dud vacuum retard unit. The car has a crane xr700.

I haven’t really had a good look at the crane installation, but have had an issue with very brief ignition failure when under a bit of load. Example is increasing throttle when starting to climb a hill at 70mph. There is less than a second cut, the tach drops, no ignition warning light. Other times, all is beautiful.

I suspect that as the vacuum retard is released, that some evil befalls the pickup or its wiring

I have read with trepidation the crane installs from Ed Sowell etc and it sounds as if the whole concept of mounting the sensor is flaky.

On other (non jag) cars ive had good results with pertronix