Hello , a friend has early Jaguar / SS transmissions , am hoping that as there is a lot of expertise on here , we can establish what they’re out of ; 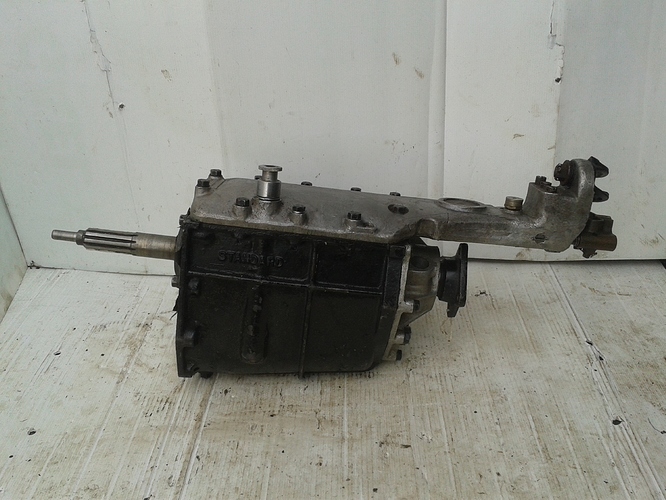 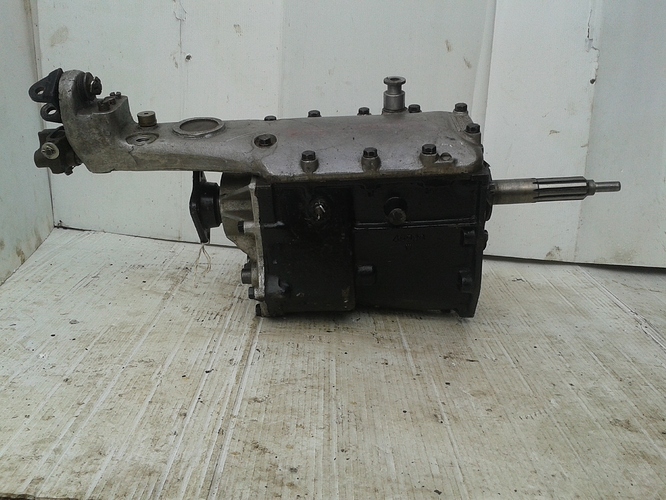 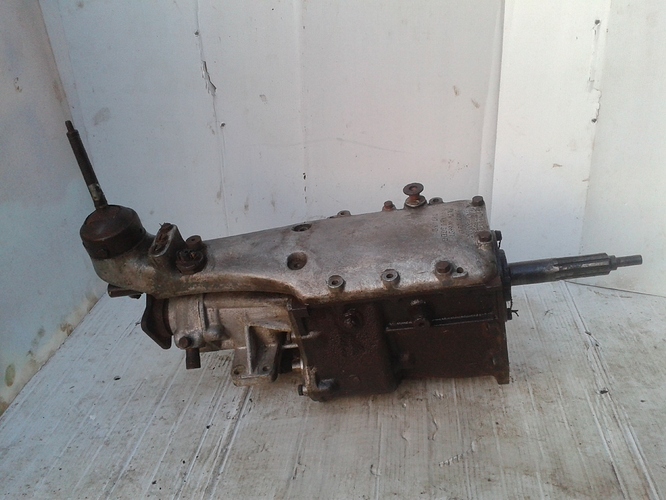 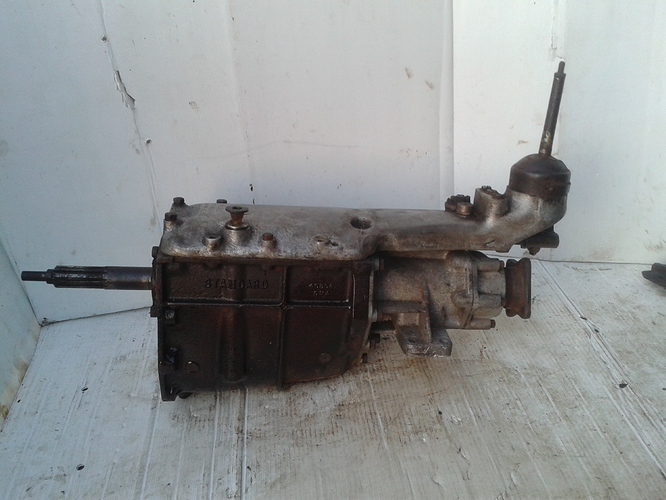 Well the first one is post war possibly from a MkVII. There were two different types of rear casting on the MkVII gearbox, one of which was short like in your photos.
The second gearbox is from a 2½ or 3½ litre SS Jaguar or from an early MkIV of the same engine sizes.

Thanks for your useful info Peter. These old gearboxes sure are confusing !
Had done some research before posting & read that 1933 - 1938 had plain double helical gears , interlocking double helical 1939 & single helical 1946 on , this sound right ? Also , boxes that had “standard” cast were mostly prewar ?

The first short tail box has the interlocking double helicals , the other box has plain double helical. We wondered if ( 1 ) might have had a newer top cover installed , would the selector forks etc work ok ? Also it had " SS100" written in marker on the top. It has what seems to be the speedo drive on LHS pointing upwards.
Were SS100 gearboxes same as SS saloons , including tail housing ?

What you say about ( 2 ) makes sense , out of interest , how does one distinguish a 1 1/2 litre box from that for the larger powered SS’s ?

The SS100 has a unique short rear casing but some people building replicas have used the MkVII casing but the speedo drive comes out differently. The SS100 one is part no 41379. I think the SS100 comes out upwards. 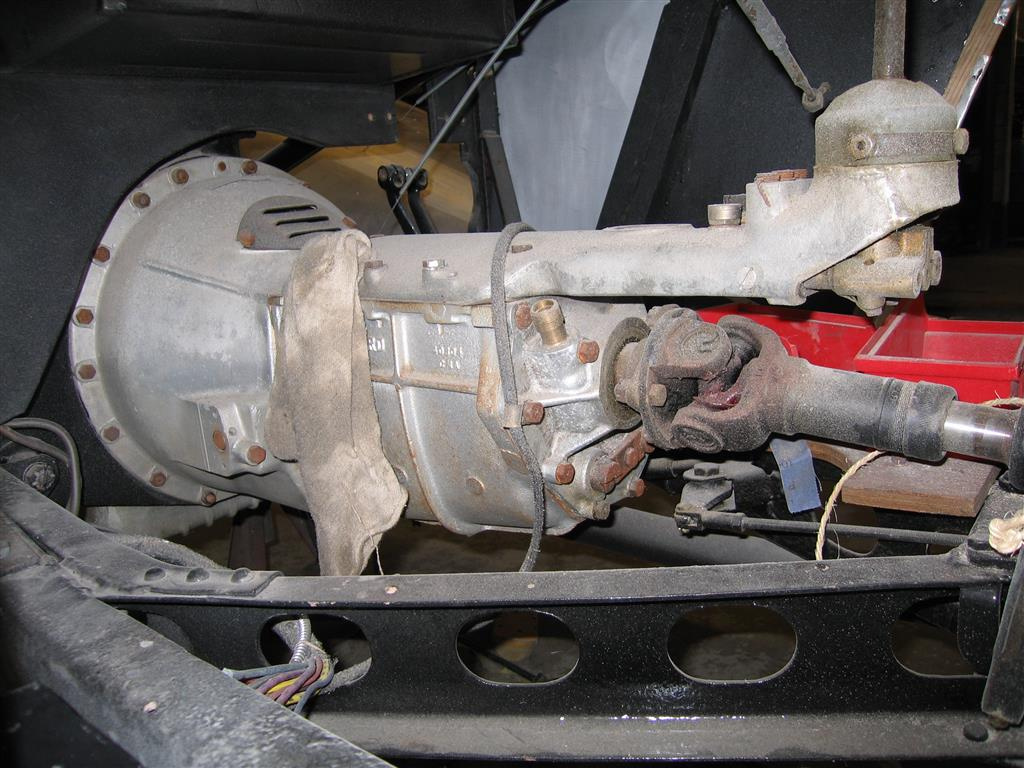 The SS Jaguar saloons and the MkIVs have the longer rear casing.

The 1½ litre has a V shaped rear mounting instead of the flat one and gear lever is angled backwards instead of being vertical.

I’m not sure when the boxes stopped having STANDARD on them but it is correct pre-war.

My 1939 2½ litre saloon has these double helicals. 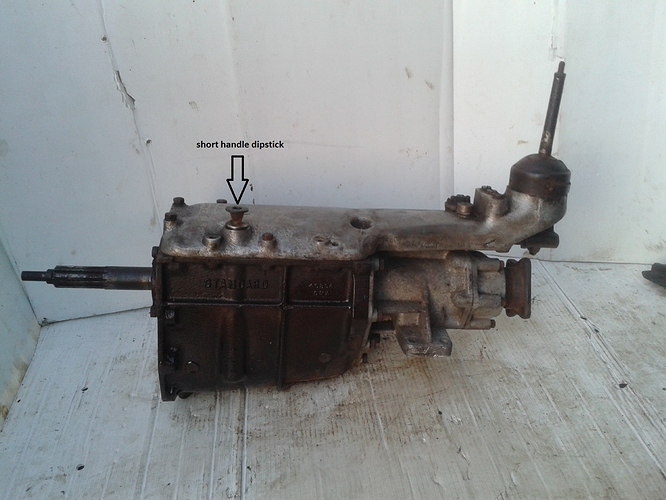 standard gearbox 21600×1200 433 KB
SH means single helical, so if it is on a double helical box it is someone’s modification. Look for a JL or SL number in the left rear corner of the main case. 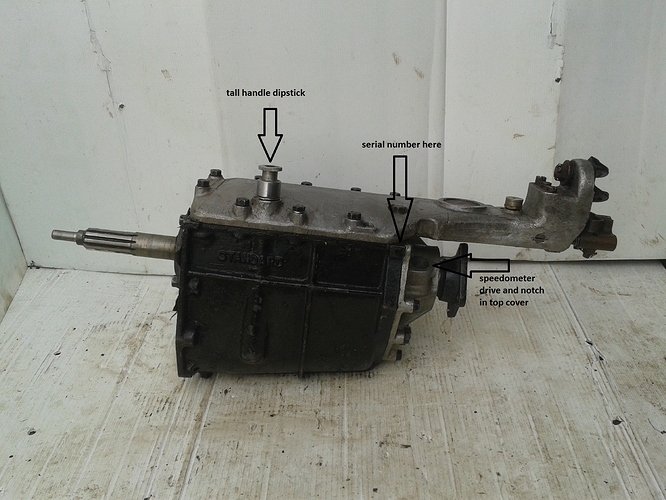 standard gearbox 11600×1200 552 KB
The lack of a rear mount means it would not be suitable for SS or Mark IV or V or XK120, but would work in a Mark VII or XK140.
But the speedometer drive is at the wrong angle for Mark VII and XK140, and we normally do not see the name Standard on Mark VII boxes, so it may be out of some other make such as Standard or some other British car that also used Moss boxes. But it is interesting as now we know the reason for the notch in the top cover, to clear the speedo cable if it was located there.

The long tail case box is suitable for SS saloons including my '38, SS100, Mark IV, and would fit in Mark V and XK120 although a double helical is not desirable in those models.
The number cast into the side may be 40304 which is the part number listed for '38 SS saloon main case. For SS100 most parts are the same, except for the rear speedo drive cover and gears, so it may have had different ratios. If you are selling them, you might want to determine the gear ratios, by putting it in 1st, 2nd and 3rd and turning the rear flange 10 times, counting the number of times the front shaft turns.
If it is in North America I could use it in my '38 SS as mine is worn and noisy.

The short tail box with that rear cover is most likely SS 1 but as stated the top cover has been changed. With the present top cover it might have been used in a 100 / MK7 or 140 / 50…
The SS1 top cover is much bulkier than the later top covers so not a good fit in the later models.
Peter B

Thanks guys for all the helpful input ;

Short tail gearbox has 41379 on the tail housing ,which makes it SS100 & with interlocking double helicals being 1939 ,all ties in , just with a newer top

The double helical gearset boxes were continued until 1947. My 3 1/2 (chassis number 611431) is apparently one of the last fitted with this gearbox.

Out of interest , when did the newer gear lever set up come in ? Late mk4 or mk5 maybe ?

So those numbers would put it in late '47 according to this chart.