Alright familia jaguar/Chevy!
Here is my project
It’s a 71 Jaguar xj6. The plan is to install a 1990 small block chevy tune port injection in it. I’m using a 1985 xj6 as parts car, the 85 jag ran very well when I bought it it just has rust all over.
Here are some pictures of the progress.
ANY HELP ADVISE WILL BE GREATLY APPRECIATED 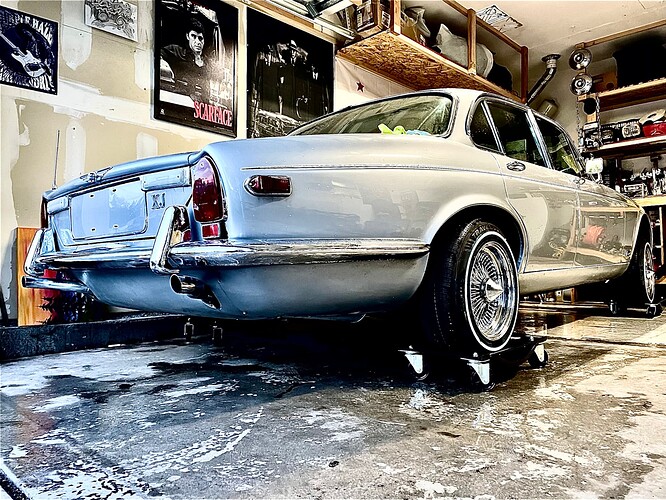 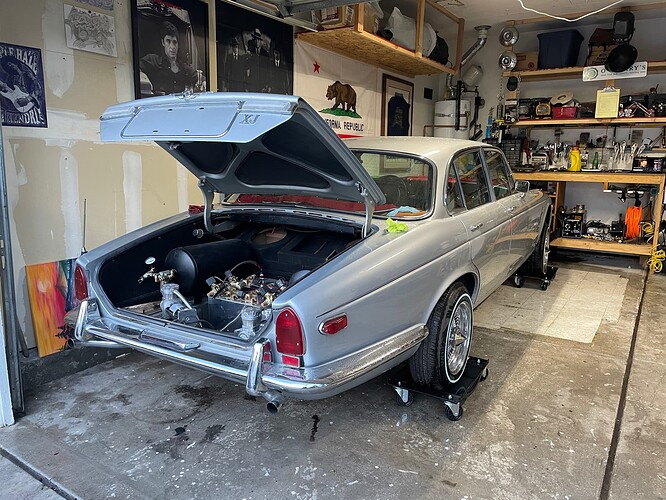 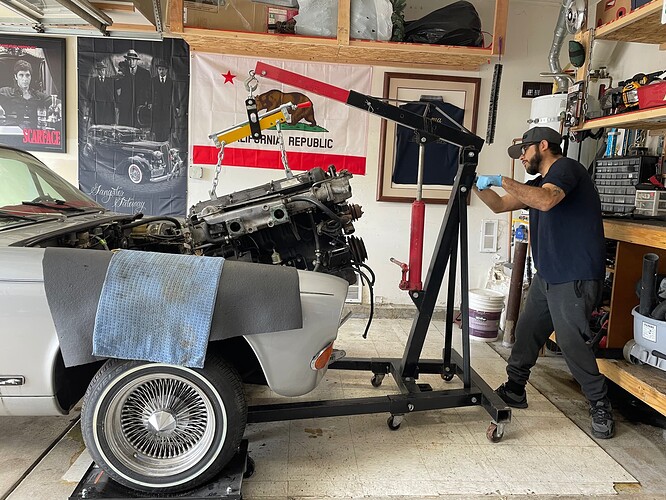 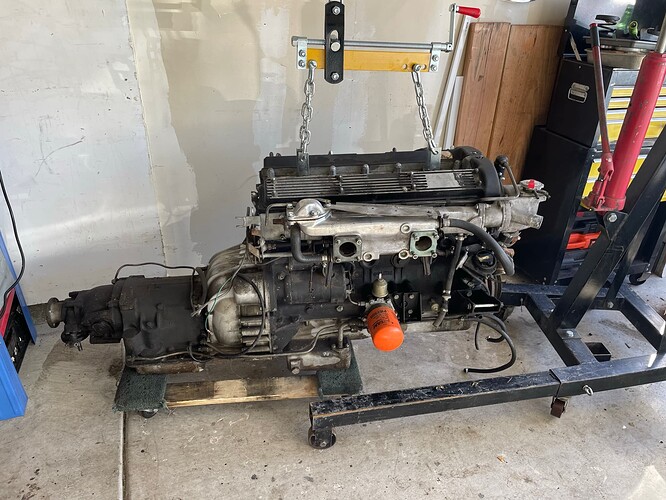 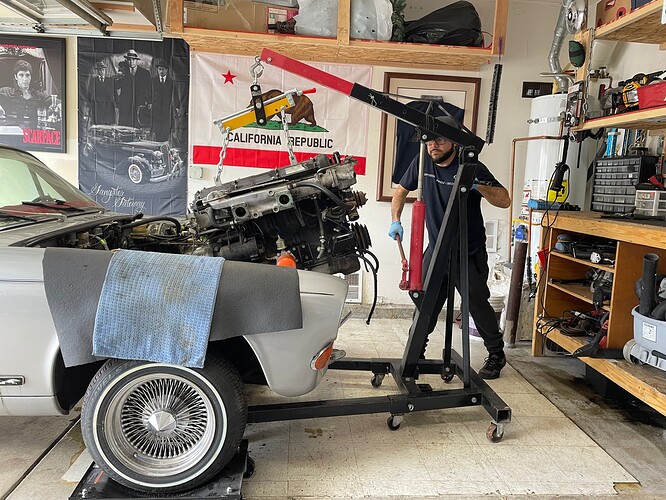 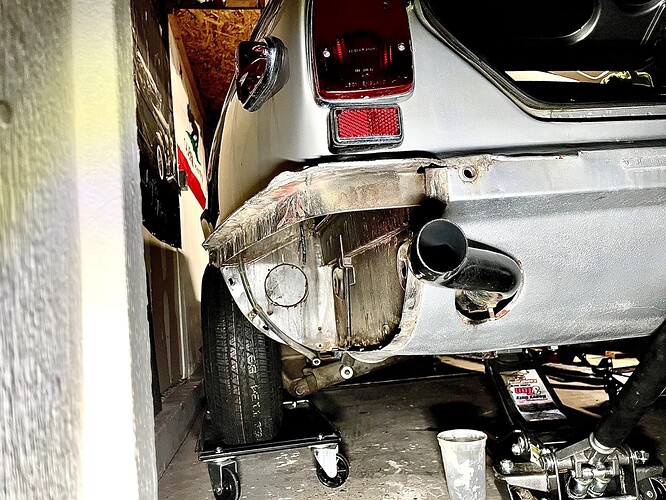 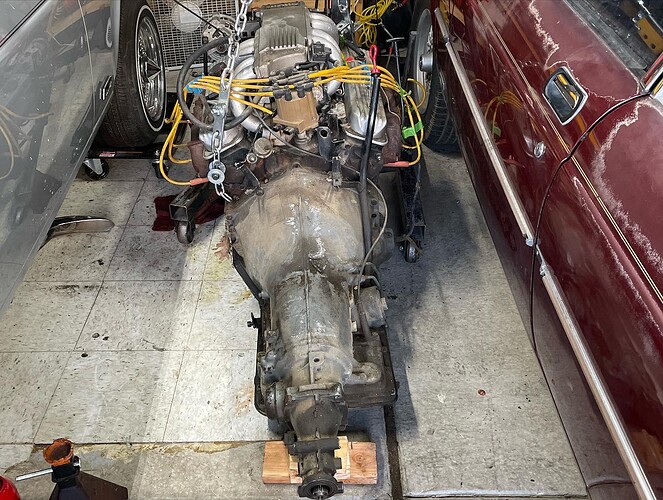 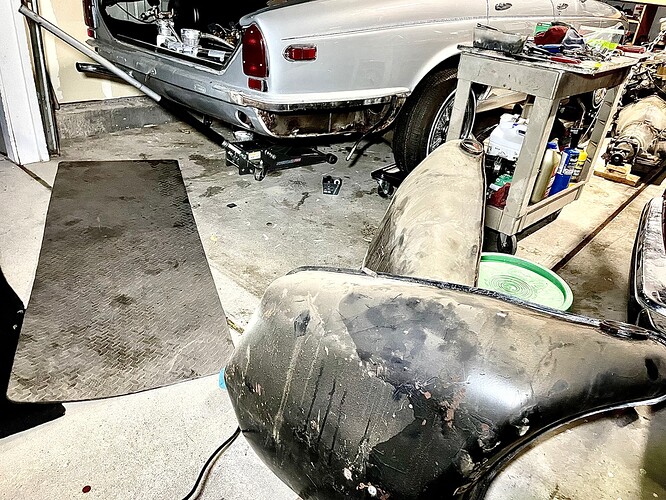 That’s a 71!
So the red car is the parts car that has already been lumped and you’re trying to swap all the wiring loom etc over?

Correct. Any advise on the wiring? So far I’ve seen a few things that I’ll need to figure out like the drive shaft on the 85 is a little longer, I’ll need a fuel return line that I can take from the 85’ a few wires on the harness that I also need to figure out.
Any advise?

350 small block Chevy.
Will do

Still have the XK engine?

None of these photos loaded for me.

I still have the original 4.2 in the garage

Where are you located, do you want to sell it?

Yeah, I can’t keep it in the garage, I really have no use for it.
I’m in Reno nevada

Montoya, I’m going to be keeping a good eye on this thread.
I recently bought an '85 sedan for the small block and 700r to put in my '75 sedan.
I’ve a few things I need to attend to then it’s Jaguar time and I’ll be posting plenty of
pics and asking questions. Glad you’re here - Gary

Hey Gary
You’re going to have fun building it! Lots to do but it’s fun! I have been doing my homework and asking questions here at this site as well as many Facebook pages. Are you doing the sbc tpi? Or are you going with a carbureted sbc?

Montoya, I’ll be using a tpi engine, real good running but I like the series II’s looks better than the III’s.
I’ll learn what is involved running the return fuel line back to the tanks.

I was wondering if the II and the III’s tanks are interchangeable - might be a good idea whatever tanks are used to remove them and clean them. I’m sure there’s plenty to learn and ya, it will be fun.

Hey Gary
I’m in the process of swapping fuel tanks, they are the same for what I have seen so far, here are some pictures 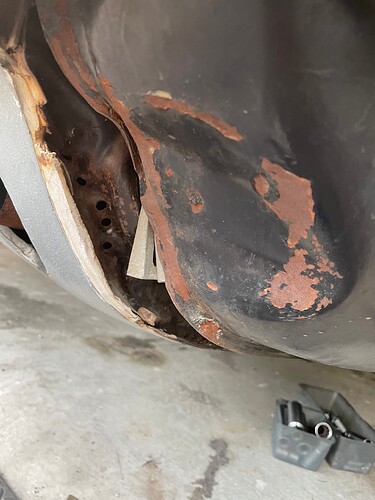 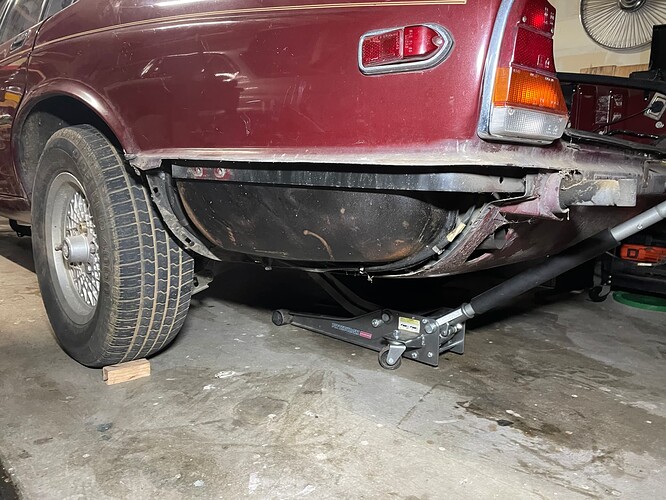 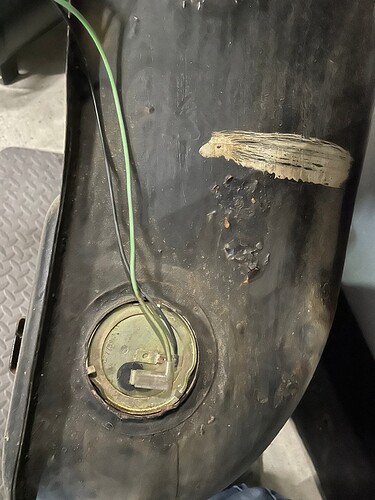 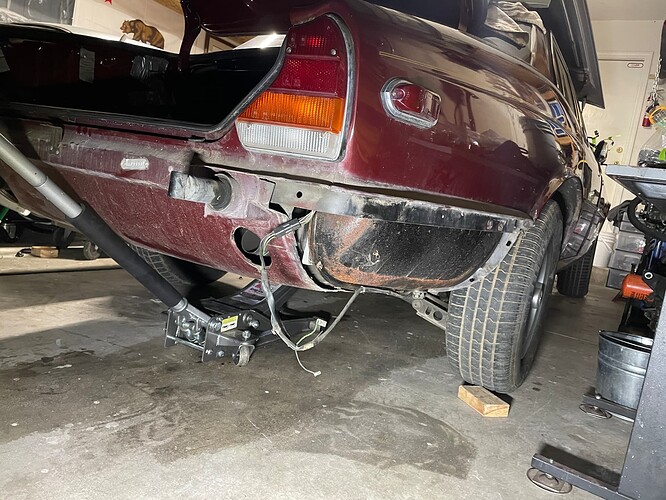 thanks for the pics.
Post any info you find out about this portion of the project.
I’m sure my III’s tanks are cleaner than the II’s so I guess I’ll use them.
I think the II’s have a fuel pump inside them and the III’s probably use some
electric unit the trunk or under the hood?
I think the Chevy TPI uses a high pressure pump in the engine compartment?
Please type out a few lines on the subject if you will.
When I get on this project I’ll start by pulling the engine/trans.
thanks

Both the S1 and S3 use an electric fuel pumps located in the truck, the closer it is to the tank the better it is for the system. I’ll be in the garage tomorrow, I’ll send you pictures of the set up.

thank you, I’m looking forward to see them.
Add anything you think is important.
I’m thinking your series I is a short wheelbase car?