Hello all,
I saw this on television and thought some of the forum readers may also enjoy this. Searching the forum here did not bring up a past mention of it. After looking a bit on the internet I found a free viewing site that has it. XK120’s aplenty since it covers the short period that started in 1950 with Phil Hill winning that first race in an XK120. I hope you enjoy it as much as I did.

The link is below:

That was fun. Quite a few 120s and C-Types. Also saw this Sterling Edwards XK-engined special in some clips. 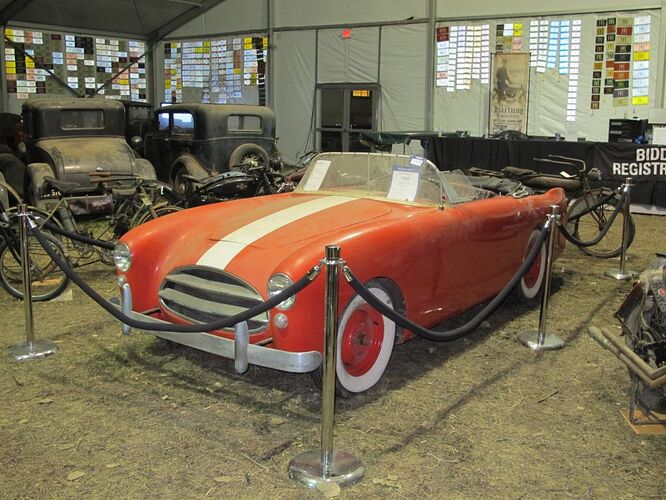 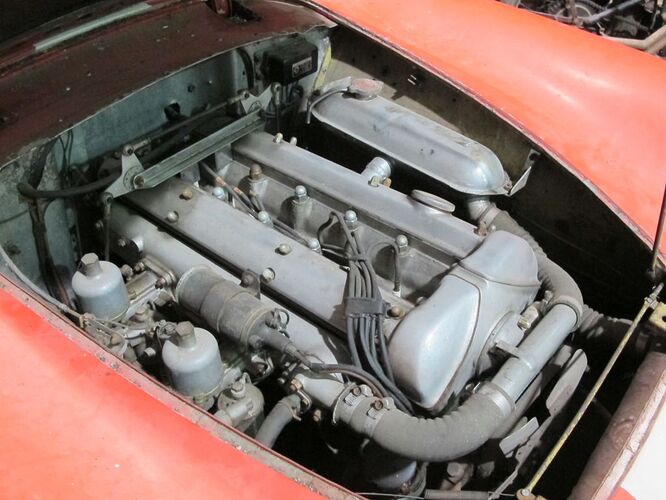 not available in the EU

Oh, this is good.

Where is that car, and collection?

That Edwards car came up on auction in 2011 at a reclusive guy’s farm in Illinois. He had barns full of old cars and parts and odd stuff.
I believe it went for $143,750. It was in Jim Kakuska’s shop in 2017 for engine work but I didn’t hear what happened to it after that.

There is a car up for auction next month in Glenview Illinois identified as a 1950 Edwards R26, with an early XK engine. The auction site does not give the engine serial number, just mentions the number D628 stamped on the head. It is a studless head with short top SUs, coil mounted above the front carb, 6 blade fan, which would put it in early '52, and it has an XK120 top water hose elbow, not a Mark VII elbow which would have had a thermostat. The car has Smith’s speedo and tach, possibl…

Thanks for posting this video link. We watched it last night and I wanted to cheer every time a '120 made its appearance. Plus, I’d never seen an Allard J2 in a video before – along with its low baritone exhaust roar. I loved seeing so many MG TC/TD’s all jockeying for position. Like a small herd of corgi’s – so cute.

Thanks for this information, but unfortunately your link doesn’t work outside the US (as Peter Jan already mentioned). Fortunately, the first 12 minutes can be viewed on You Tube, so at least we could enjoy part of it.

I once wrote an article on the three Jaguar LT’s and one of their important races was held at Pebble Beach. Next to the photos we have, I now could actually see where LT2 and LT3 raced in April 1952.

I will see if I can source another site to view the movie so the overseas forum readers can see it.

… probably a car we should have not sold.

We understand your feelings, but LT2 is in goods hands in the country of its “conception”.

LT2 is in goods hands in the country of its “conception”.

Indeed it is! The current owner and steward has done a superlative job in bringing it back to its original shape.

That said, I would’ve had one hell of an interesting race car for vintage!

Here is another online site that will show the entire movie. Maybe, just maybe, this will work for the forum users not in the United States. When you click on the link below you will be prompted to enter your zip code. Feel free to enter my zip code, 48304, and hopefully it works for you as well. There are commercials mixed in with the movie but it played fine for me. I did have a freeze-up for the first minute but then all was well.

But first, here is a screenshot from the movie that shows the winner of the inaugural Pebble Beach Road Race in 1950. It is Phil Hill in an XK120. I wonder what chassis number it is? Notice the lack of the factory racing screen or even an aftermarket Brooklands screen. Maybe Phil Hill liked the larger and more protective area of the “screen” this car has? Also, was Phil Hill of a smaller stature? The car looks huge with him in the car. A taller driver of an XK120-140 looms above and over the full, factory fitted windscreens of these cars and, to my eyes, visually"shrinks" the perceived size of the car. It almost makes them look like they are driving a smaller car. I always wanted to be taller but at last I am happy being of a medium height if only to be able to fit properly in an XK! 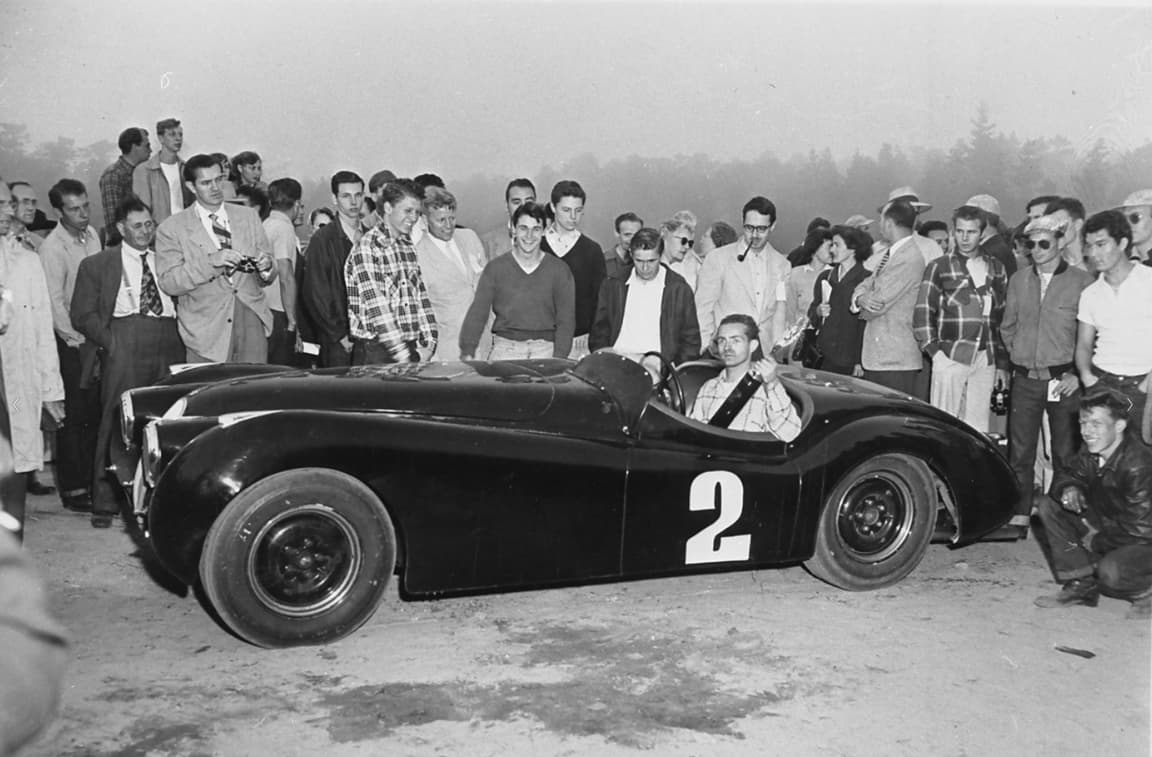 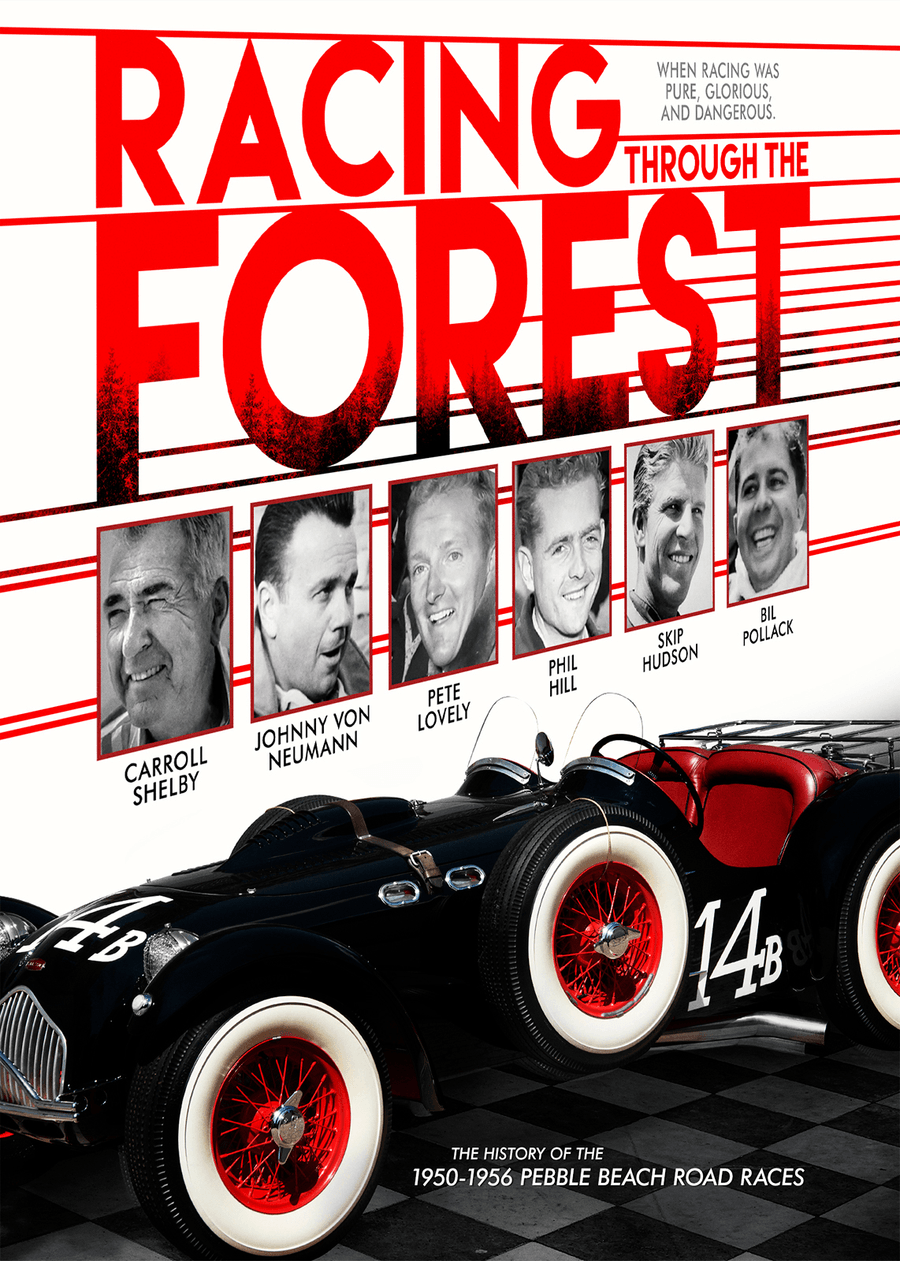 Racing Through the Forest

Also, was Phil Hill of a smaller stature?

I used to commute by Hill & Vaughn daily and stopped in once out of curiosity, and had the pleasure of very briefly meeting Phil. Maybe he was 5’9” in thick heeled shoes while standing on a book.

You may be correct! Here is a picture of Phil, standing next to Mr. Dewis… 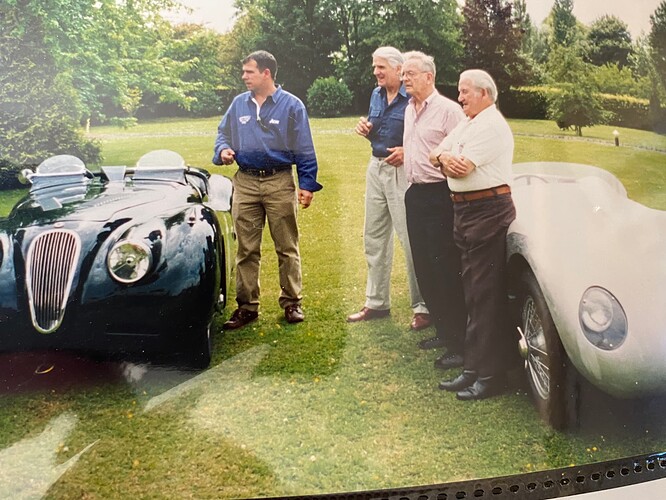 Pictures dates from the early aughties.

The result of its first race… 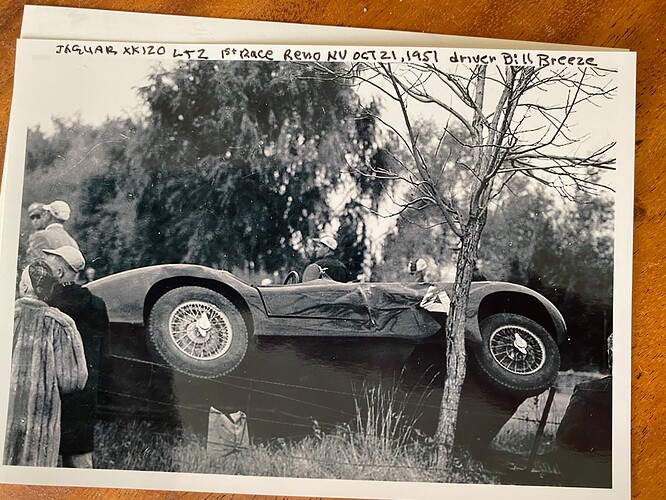 Looks like he tops Dewis by several inches, though, so maybe he’s taller than remember.

And this is how Bill Breeze escaped… He decided shortly thereafter to retire as a race driver. 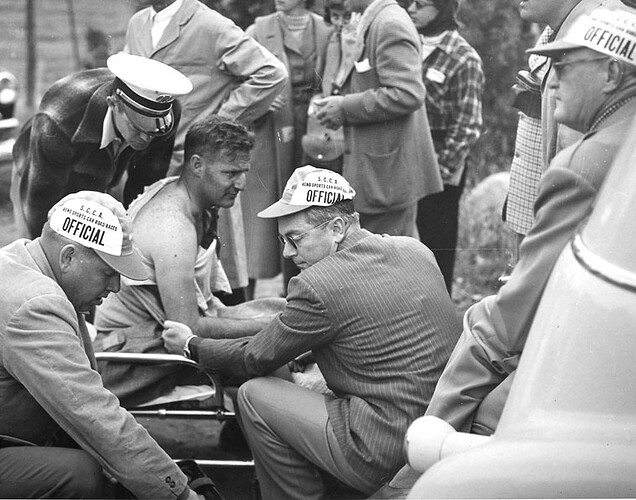