When I bought my ‘62 OTS 3.5 years ago I had a shop install a coolcat radiator. It has been pretty much flawless since over about 15,000 miles. My only issue has been that the radiator top hose (accordion type C12424) leaked two years ago and is now leaking again. It drips down on to the distributor cap which is just great.

I just noticed that I have a cap rated to 16lbs. This seems way to high. Archives indicate people are using 7lb or so and the manual says 4 lbs.

Clearly you do not want a 16 pound cap. I could argue that you need to fix whatever is causing the leak because a lower pressure cap may still leak. Most modern cars manage to maintain 16 pounds and not leak. 7 or 4 your choice, they are cheap.

Thanks for the replies. Im actually surprised I haven’t had more problems. I’m certainly planning to replace the leaking hose. I’ll try a 4lb cap to start.

thermostats when in the 4 lb cap spec were a main reason. The early sleeve bellows stat would not hold up to much more. The boil point with a 50 50 antifreeze is 223, 106 C, but this is at sea level pressure. Pressure adds almost 3 deg F per one lb psi. A 4 lb cap with 50 50 thus about 234 F., about 112 C. and…so on as you add 3 deg per addtl psi. So…if your temp gauge is accurate…boil is beyond the 100C mark…but to be safe, do not allow a temp of more than about 93C. Boil temp can be raised only a tiny a bit by a 70% antifreeze, to 235F, 113C and you LOSE the coolants ability to cool…so it will overheat MORE…thus use 50 50, unless extreme cold in winter. Go back t o 50 50 for summer. Some of the “water wetter” type cooling products can get you 1-4 degrees cooler coolant temp (does not increase boil temp) with anti freeze. Later cooling systems with later type thermostats, water pumps, seals, can use the higher pressure caps as specified in original equipment specs. Nick

“Book of wisdom:”: For me it was re the XK120: (maybe someone has done similar for the E-Type ??) I Had that thought 25 years ago, and since then, I have the “book”…but it is not a book, but is my 25 years in the making collection of thousands of web and forum posts, comments, articles and data on the XK120-140 150 maintenance, problems, fixes, including many mechanical parts photos, loosely organized in folders by mechanical sub systems, ie distributor, cooling, cyl heads, intake manifolds, exhaust, interior. Also photos of the XKs of many around the world. AND…the full set of the XK range of Factory Service Bulletins. I have the files on USB, and many that can be sent via email on individual systems but the collection is of course too large a file. I will soon have copy USBs that can be sent out. Some files can be sent via email or email cloud links. SO…for XK120 140 150, `Use the message feature to me. Nick

Just to clarify some of these points:

Bellows thermostats were charged with alcohol. The vaporization point of the alcohol determined the opening temperature. In the same way that pressure raises the boiling point of coolant, it also raises the boiling point of the alcohol charge in the thermostat. If you ever reached a pressure of say 13lb, the added pressure would prevent the alcohol from vaporizing and the thermostat would close. As a result, the system is limited to an absolute maximum of 7lbs, and less is actually better. Later on, Jaguar began using more modern wax thermostats which are less affected by pressure.

The boiling point of various glycol mixes is shown in this chart:

If you’re running the same mix winter/summer, then you have to consider freeze point depression, which works differently: 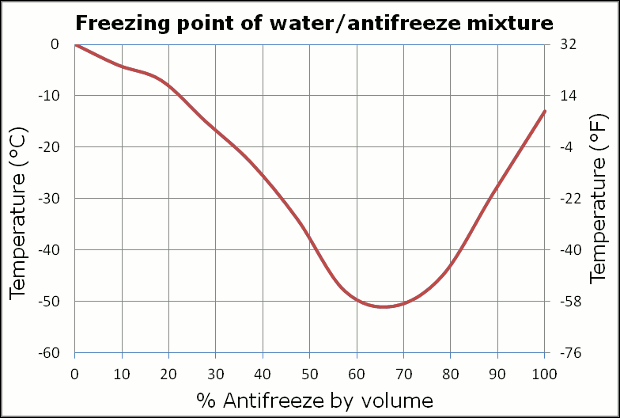 The problem with overly rich antifreeze mixes is that glycol has a lower specific heat than water, which means you’d be running hotter. And then we can debate whether running hotter matters if you don’t boil over. That answer may depend more on oil temperature than water temperature: 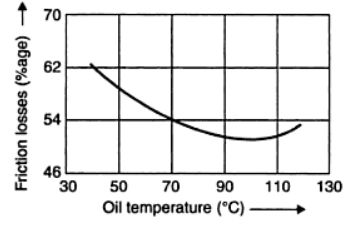 Wow
Thanx Professor!
Is the quiz still scheduled for Monday??

It depends on the thermostat. S1 3.8’s used the old fashioned bellows thermostat, which was sensitive to pressure… The S1 4.2 used a thermostat that’s NLA, and no exact replacement made today. It was a wax thermostat with a sleeve bypass. The closest thing available is SNG 3731/1, which is a cut down Land Rover thermostat. As long as you have a wax thermostat of any configuration, you can go with a higher pressure cap, even the 13lb cap used for S2’s with AC. Read about it here:

Discussion of the Series 1 4.2 E-Type Thermostat

Thanks for all the help & info Michael.
As always, greatly appreciated.