I replaced my radiator with an aluminum version from Alicool in the UK. I wanted to refit my original tap plus the remote release. Originally they supply the radiator with a countersunk blanking plug with a hex head. They tapped out the hole (1/4inch BSP 19 TPI) for me. The radiator was a really close copy of the original, came powder coated in black and had the fittings for the remote drain tap lever.

When I took the tap off many moons ago it worked. When I reassembled it had a small persistent leak

I did a bit of reading around and there was a poster who described using a grinding paste to recreate the seal between the ‘tap’ and the body.

Here is my experience.

I tested it by screwing in a connector for my compressor. It confirmed that the tap would seal - but only in a narrow range of movement and would be subject to failure as I had discovered in use. 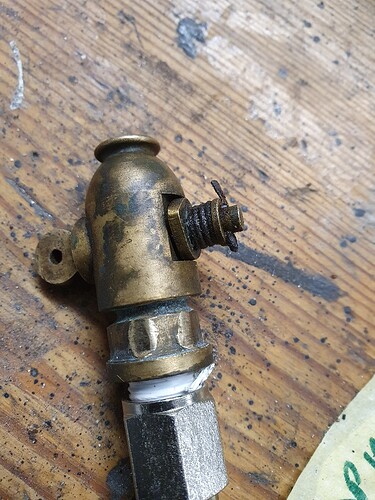 First the split pin that holds the spring, washter and tap in place was corroded and I couldn’t get it out. I ended up having to later drill a new hole close to the original. Given the tap is brass it wasn’t a big deal as I had a bench drill to get it straight. 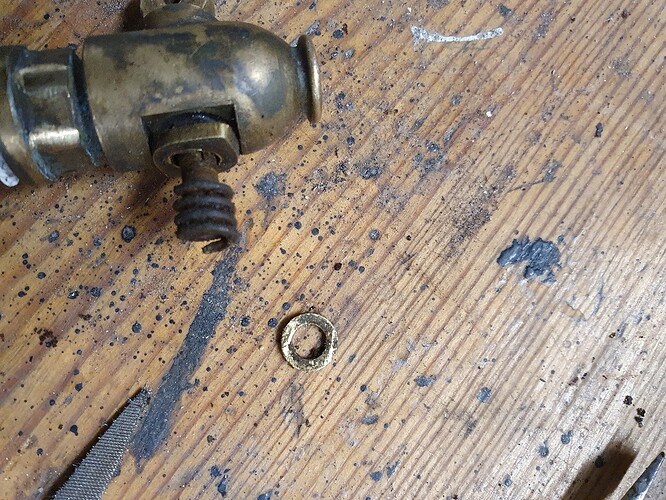 I had a high cut polishing compound and put some inside the bore. I put the tap in the chuck of a cordless drill and used it to polish the two parts together. I was worried by the depth of the scoring but it wasn’t a problem in the end. It was around the bore and tap rather than ‘up and down’. The two parts sealed pretty quickly. You definitely don’t need to make the mating surfaces even close to completely smooth as long as the groves are bedded into each other. I held the body of the tap in my hand and moved in and out a little it to adjust the amount of pressure. The shaft of the tap is not likely to be straight and holding the body allowed me to accommodate the ‘wobble’ this creates much better than if I had it in a vice. 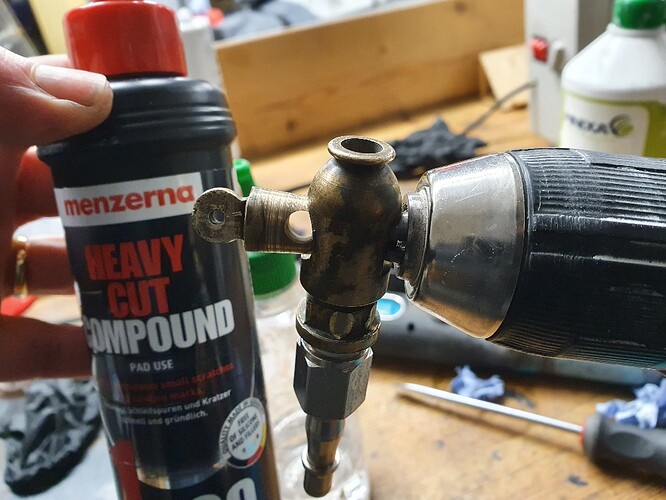 I reassembled. You can see in this pic the new hole for the split pin. You can also see the level of scoring in the bore. I tested the air pressure up to 20 PSI and it worked perfectly 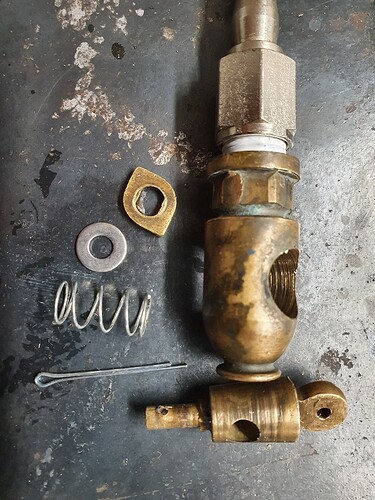 I used some pipe sealing tape and spent a lot of time getting two washers the right combined thickness to allow the tap to be tightened and aligned vertically. A fiber and dowty washers in my case. 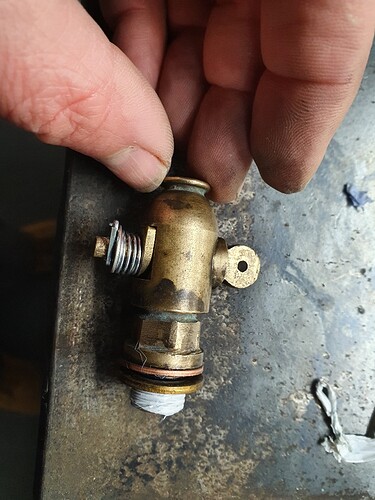 All worked including the remote lever. The following day after I had test run it I tried the remote lever and it was stuck. The seal was really good :-). I remembered the previous poster mentioning they used copper grease in the tap to lubricate. I now know why…

Stripped down, greased lightly, reassembled and it now both seals and the remote lever works every time.

I looked to try and find the name of the previous poster who’s comments made my work possible but couldn’t track it down. So to whoever it was - thanks.

Hope this helps others in turn.

Beautiful work, and thanks for sharing

Great write up thank you. Last I drained the coolant in our car I drained approx. 2.5 gallons, measured by accident using old oil cans to take the old fluid to the tip - near or near enough the lot. Why did it take 3 gallons to refill the system?

I think it may have been Erica on the E forum who did the tap on her cars engine.

When you refilled the system Tigger I am guessing you filled it to the top. In operation as the system heats up the water / steam expands and forces some out of the overflow. It then ‘settles’ as there is enough space in the radiator head to allow for the expansion in operation. You will likely continue to lose a little fluid over time if the engine is getting particularly hot or there is a weak radiator cap. This process is most likely what has caused the difference in ‘before and after’.

Hi Dave,
It was a bit of a cheeky question - truth was I had turned the stop tap a touch too far - passed the closed point - as I filled from the top, it was dribbling out of the bottom!

Source for the spring? Not listed in the parts book.

I (well actually my son) lost the spring when I did mine. I went around to one of the few remaining real hardware stores and they had a mixed box of 60 springs. They took one out and gave it to me

If you are in the US I bet Harbour Freight have similar boxes, or even Lidl has had similar in their ‘random isle of great stuff you don’t need but just might’ before.

The original was a very stiff looking compression spring. The one I replace it with was a lot lighter but did the job.

Bottom line it was nothing special.