O.K., I have carefully removed my “V-12” emblem off Superblue (face-lift) using the nylon fishing line method. Since they are almost impossible to find anymore in good shape, I have decided to go with the “reconditioning” option for my original one.

I have tried a couple of types of chrome-like spray paint, both Rustoleum brand. The first I used was their “American Accents 2x” combo with both primer and base coat in it. It did not a bad job, although it was not shiny or mirror-like, as true chrome is (or as shown on the can’s cap

). I then tried spraying over that with Rustoleum’s “Bright Coat - Metallic Finish” paint. This paint not only didn’t appear mirror-like either (again, despite the cap color

) but left horrible orange peel, despite my having shaken the can for a full minute before spraying.

Allowing the emblem to dry for 24 hours, I then tried to see if I could buff out the orange peel by wetting the emblem and then rubbing it a bit with a cloth with liquid rubbing compound on it. That removed the orange peel alright, but also a bit of the paint along with it (vs. shining it up).

Giving the spray can a second look, I noticed in the fine print on the back it states that it is an INTERIOR paint.

I decided then not to give it a second spray on the emblem - which would be exposed to the elements - but to use the first can of paint for the re-spray (after confirming it is an indoor-outdoor paint). So far so good (I guess).

Question now is - how to paint the black edging on the emblem, esp. w/o getting black paint on the silver parts of the emblem where it doesn’t belong, namely the face? This black edging is necessary to give the emblem a 3-D look as well as to try to match the rest of the trunk lid emblems. I debated whether trying to paint it on with a fine paintbrush using painters tape pressed hard to cover the face of the emblem as I go along, but even that method seems error-prone.

Then, upon closer exam of the emblem and recalling how old emblems tend to denigrate over time, darker and darker, to where the chrome part is almost black, it suddenly dawned on me that at the factory Jag probably starts off by spraying the emblems black all over. Then, the emblems are carefully pushed face-down onto a pad or piece of water-proof (wax?) paper to which wet “chrome” has been applied, thereby transferring the chrome only to the face of the emblem. Does anyone know if that factory process is correct? If so, I may try removing the new paint with acetone, re-spraying the emblem with flat black paint, and then saturating an area of wax paper with the #1 spray paint and pressing the emblem face down on it while wet, repeatedly, until the face is coated all over.

Douglas Corp. provides high-quality Chrome Plating on Plastic for Emblems & Nameplates. Request a quote or contact us today to get started!

If so, I may try removing the new paint with acetone

The acetone is likely to destroy the badge itself.

I’d try getting the original copied with a 3D printer and then playing with that.

That’s not the same size or style as the face-lift V-12 badge, though.

B/c they are just not out there, sadly. Apparently the aftermarket prod. cos. find it cost effective to make the V-12 badges for the pre-face lift cars but not for the face-lift (5.3 & 6.0s) b/c there are not enough around for them to mess with it.

Problem with trying to then mask off the black parts of the emblem to spray just the face parts with the metallic paint is that it is so small and there are so many curves and crevices in the “V12”, esp. the “2”. Too bad it isn’t “V XII” instead …

Using a brush instead of spraying - I would be afraid of visible brush marks.

Some may find this interesting:

DIY Spray on Chrome Kit : This is going to be a DIY for 99% of the Do It Yourselferss out there. , meaning anyone can build it, this Kit will be assembled with off the shelf products as to keep it as simple as possible , it can also be made with Raw...

From what I’ve heard, the drying process is critical and the surface needs a very good clear coat for protection, but otherwise can look extremely nice if the surface can’t be re-aluminized.

For masking off parts of the emblem for painting black (I’d recommend an airbrush and light passes) pin-striping tape might come in handy - found at places like Pep Boys or I’d assume a car paint shop.

If it is just the flat face of the letters that need to be chrome then you should be able to get a stickyback plastic/mylar silver film with a good shiny finish. Paint the whole thing black, and press the face onto the sticky side. Then trim carefully with a sharp blade. Coat of laquer when you have got it right.

Or another idea…not being restoration but might be stylish. .paint them completely semi gloss black or the same color as the car…my hhr panel had a gold bowtie emblem in back going bad .so I just painted it black…cheap easy and the car runs the same. …your choice…btw the mylar idea might work. 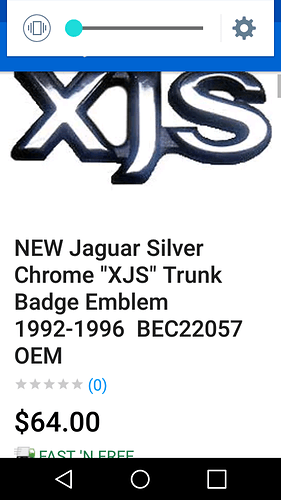 Or another idea…not being restoration but might be stylish. .paint them completely semi gloss black or the same color as the car…my hhr panel had a gold bowtie emblem in back going bad .so I just painted it black…cheap easy and the car runs the same. …your choice…btw the mylar idea might work.

I thought about that too, but then Superblack is, well, black … The “V12” emblem wouldn’t even show up on it.

Only problem is the lettering style and size are noticeably different with the pre-face-lift “V12” emblem and the face-lift version of it, meaning it would look kind of weird/goofy/odd in combo with the face-lift “XJS” emblem next to it.

If it is just the flat face of the letters that need to be chrome then you should be able to get a stickyback plastic/mylar silver film with a good shiny finish. Paint the whole thing black, and press the face onto the sticky side. Then trim carefully with a sharp blade. Coat of laquer when you have got it right.

Now that’s an idea, Cosmo. Where can one get some of that stuff, though? I’ve seen it used in conjunction with cheap, aftermarket road wheel center-cap “stickers” w. mark emblems/logos printed on them (i.e. to put over center-caps with faded emblems/logos on them) but that’s about it.

If you like the Mylar stick on idea, then you might want to work with a sign shop - if one will give you the time of day -

In the mid 1990’s when I was re-doing the wood in my XJS, I wanted to make some in-keeping graphics under the clear coat - sort of like Saul of British Woodwork provides today. (I found out later that Saul went with very high quality laser cut metal bits.) I found a little mom and pop sign shop and they scanned some graphics I had and turned them into Vector Drawings they could scale… with that they cut out vinyl stencils that I used to air-brush in my graphics. I’m sure this is much easier and faster these days… 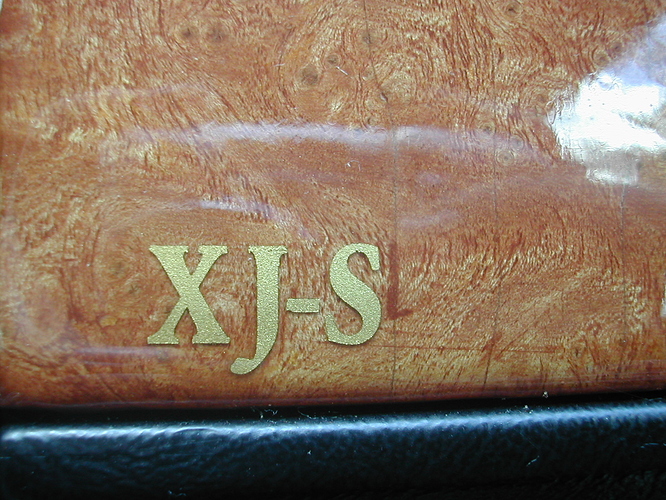 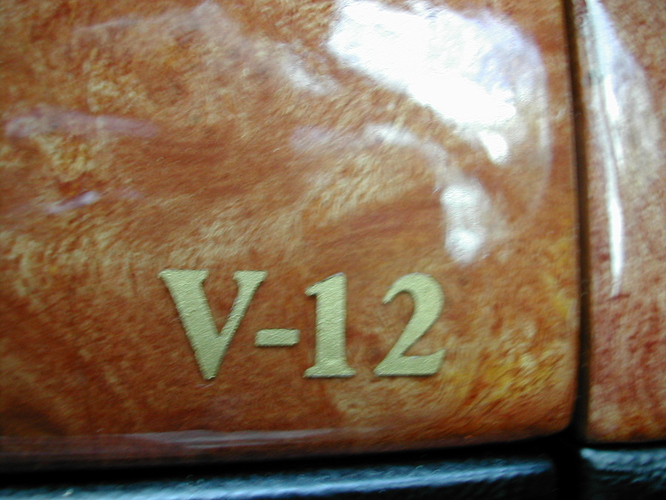 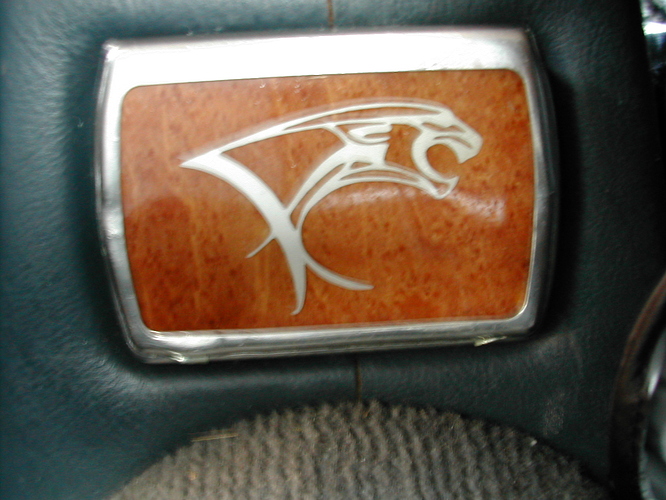 So… the proposal is to have your emblems scanned on a flat-bed scanner - vectorize the art, and have it cut out of silver sticky backed Mylar at the same size using the actual lettering rather than stencil of it.

I wish I had pictures of it, but I created an awesome OEM factory looking red reflective center piece with chrome Mylar lettering “P O R S C H E” for my buddy’s 914 that went between the tail-lights. I was really proud of that and how factory it looked…