Hello
I have a problem with the rear shock absorbers. Once again polyurethane guide sleeves (“hat”) are destroyed and the upper bowls are destroyed. Everything assembled according to the art on new parts. This happens after 1000-2000km.
The first time he carved a groove in the spring / damper mounting, destroying the collar.
Is the cause of sub-frame bush damage?
Sorry for my english 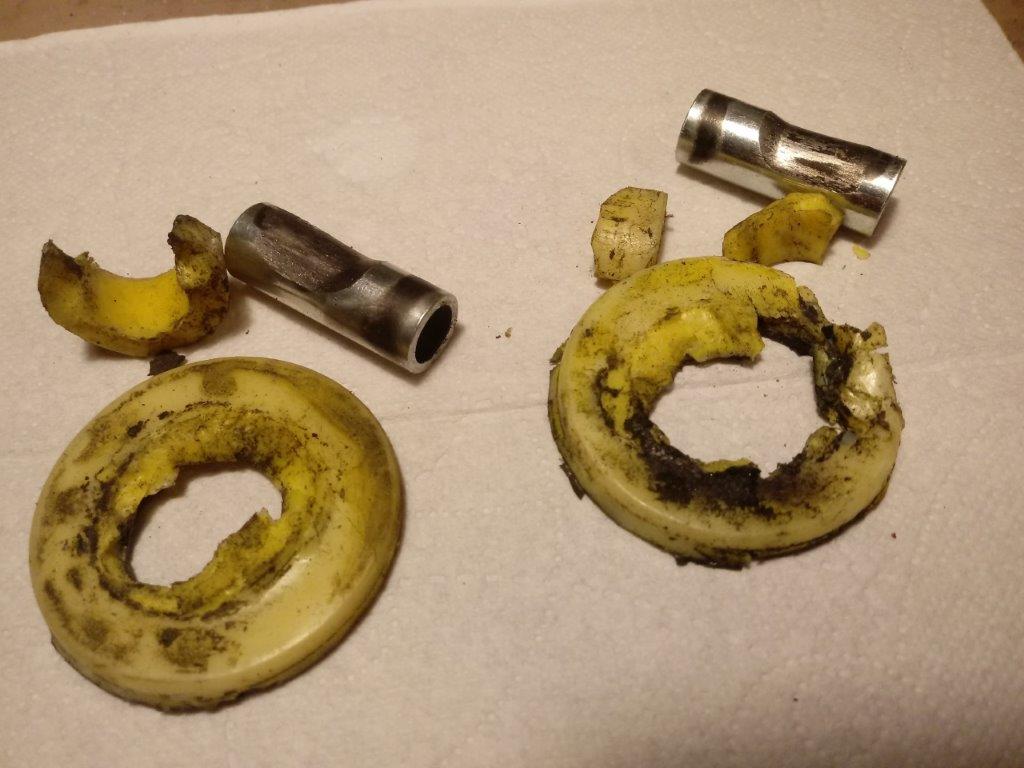 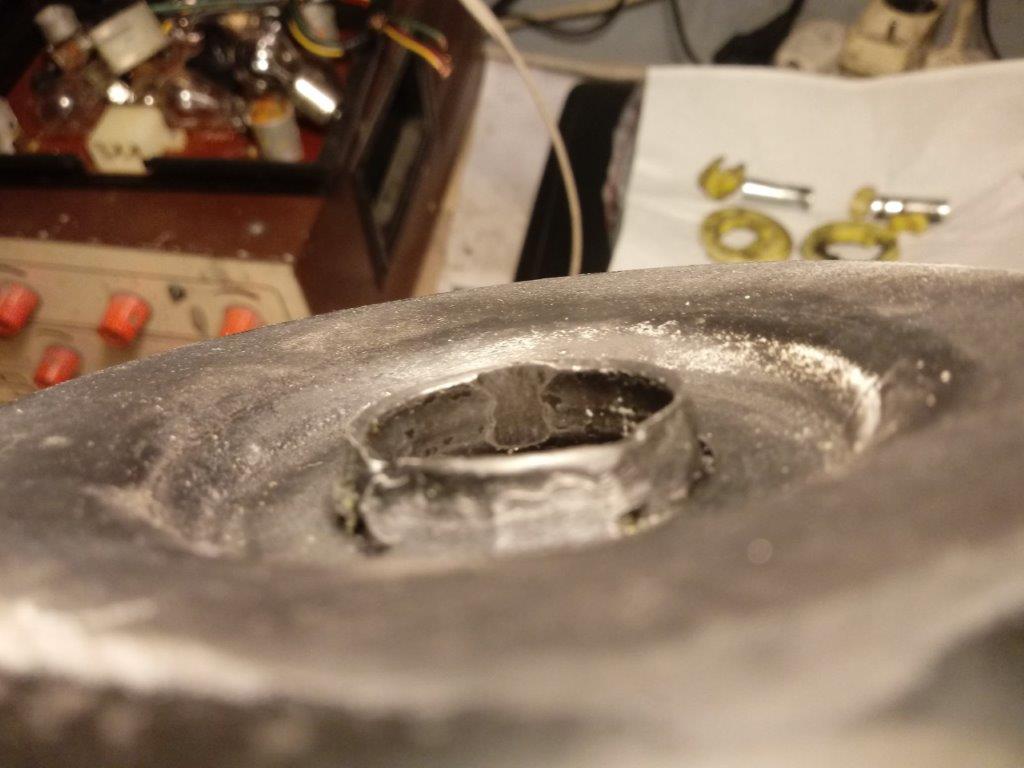 Were those OEM bushes? Those steel bushes look to have more than 1-2000 klms on them. I had a bush fail and ran it for a long while before replacing the bushes, the top hat was quite damaged and I had to weld it up before re-assemble but the spacer was not damaged.
Just remember that the spring/shock combination on the XJ40 support the weight of the car and the top and bottom bushes take a pounding, whereas on other cars and the later X300 the shock only controls the movement.

Yes they were OEM bushes.
The metal spacer tubes were new and destroyed after 2000km.
Of course also the top hat was quite damaged and I had to weld.
The top hat is destroyed in the front / rear line of the car, in the shock absorber’s working line is ok.

Are the shocks bent?

No, they aren’t bent.
I have broken sub-frame bush, so maybe the mounting frame moves the front/rear of the car and the upper piston rod damages the hat. 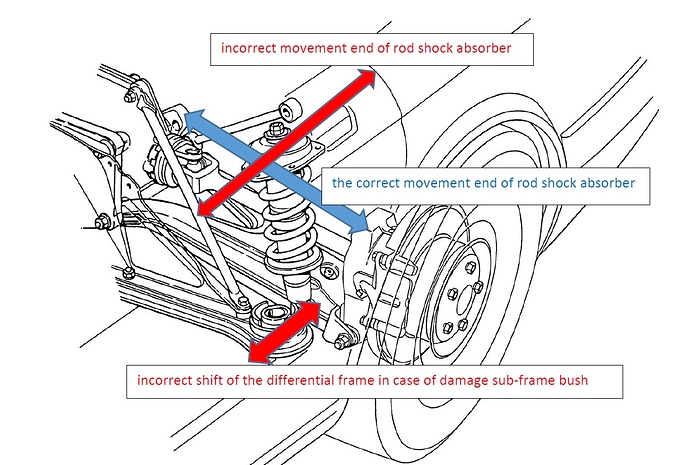 Could it be the shock top nuts were not fully tightened when they were installed?

The upper impact nuts were fully tightened with the correct torque. Everything put together in accordance with the art.
I will exchange these broken sub-frame bush, I will see how it will be.