Rebuild it or swap it out?

I have a 1975 XJ12 C. I have very low compression in all cylinders (75-90) and low oil pressure when warm <20 lbs. I am afraid a rebuild is in the future. I am getting horrible estimates on the cost. I am considering swapping a healthy V12 from a later model. Any thoughts on this? The car is pretty original and in good shape. 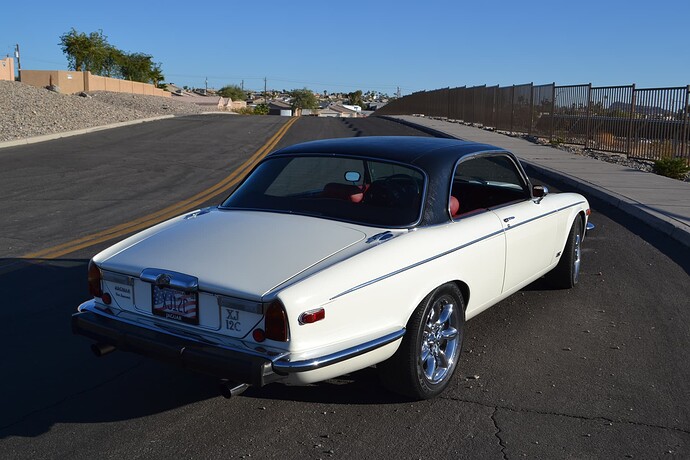 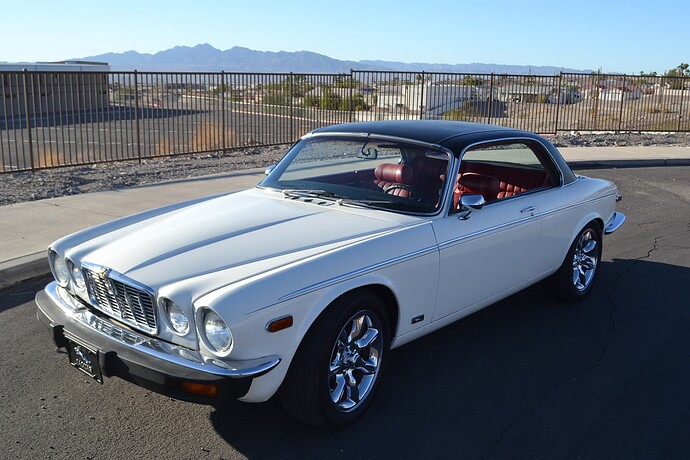 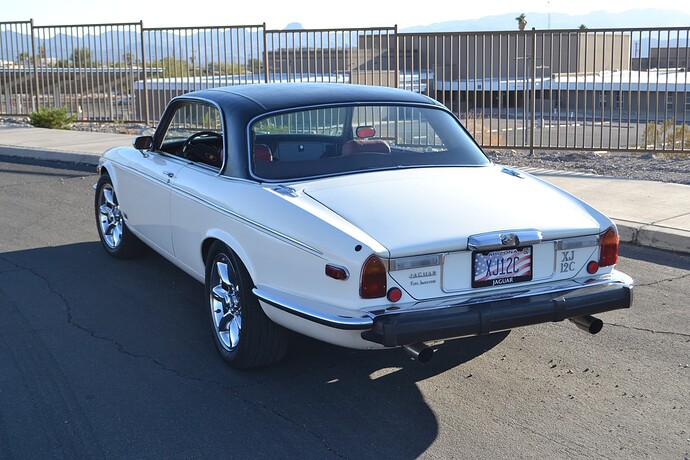 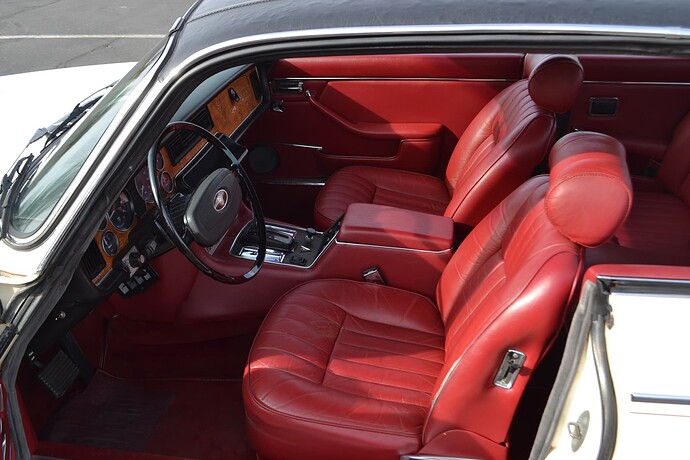 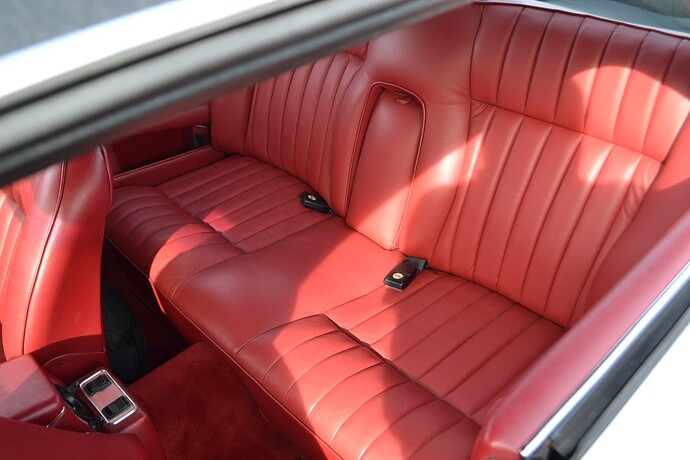 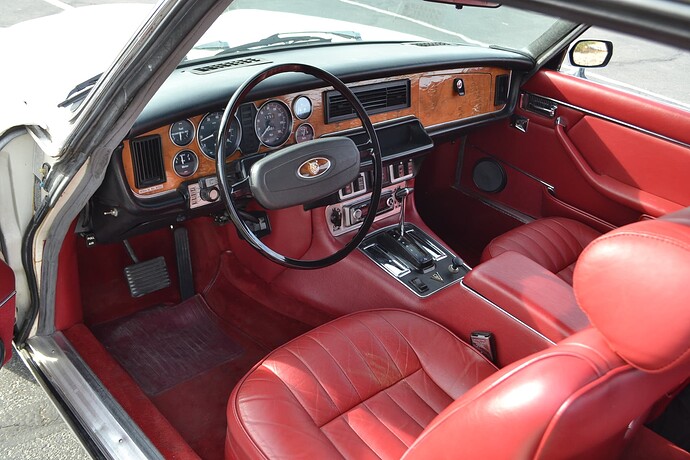 Drive the car hard getting near redline several times. Let the car cool, and recheck compression, fuel pump and ignition disabled, all plugs removed, throttles wide open. If it’s still low, squirt some oil in each cylinder and recheck. If the compression comes up quite a bit, rings are worn or stuck. If not, I’d suspect leaky valves. You could also find someone with a leak down tester to sort out where the compression is going.

Nice car. But, those compression numbers are scary-low.
Have you tried leakdown test? This will show if valves or seals are the culprit.

In any case, if you determine that a rebuild is in order, swap will be the cheaper route.

The number with the W is the one to watch if it is cold. Oil weight 40 or 50 will be both fine for an old engine.

What should the compression be on this model? If it’s a US spec, the CR was probably pretty low.

I have long opined that the biggest problem with “worn” engines is probably piston rings stuck in their grooves. That would call for an Italian Tune-Up – as sorta suggested above. If you’re gonna rebuild or replace the engine anyway, why not give it a try? Check the compression numbers afterward, see if anything changed.

Make sure you get another opinion before jumping into a rebuild. V12s with automatic typically get very little wear…I jumped into a rebuild when my V12 had 100k miles, hardly anything was worn. Crankshaft only needed polishing. Cylinder walls only needed a slight honing. As long as a V12 has not been over heated they are extremely robust. Jeff S.

I say drive it really hard and make some miles, see how it runs, then keep it as it is as long as it runs

Oil pressure sounds fine. Many bearings, 20 is alright at low rpm. If you do swap the HE is the better choice

Thanks to all who have responded. Short answers, I have not tried to accomplish a leak down test. The car does not smoke or burn oil. Doesn’t run that well, seems to miss under load. I did switch to 10W-50 oil and added an STP oil treatment, which brough up the oil pressure some. I will get her out and drive it hard for some miles and try another compression test with more diagnostic testing, i.e. adding oil after an initial check.

Compression should be around 135 psi, all plugs out, throttle wide open. The US spec pre-HE engine only had a 7.9:1 compression ratio, so the compression was never really high.

Don’t do that. Give it an Italian Tune-up. That’s holding the throttle wide open until the engine is within 500 rpm of redline, then coast back to 3000, then repeat several times until the engine runs like it should and quits belching black clouds on each accel.

Give it an Italian Tune-up. That’s holding the throttle wide open until the engine is within 500 rpm of redline, then coast back to 3000, then repeat several times until the engine runs like it should and quits belching black clouds on each accel.

I thought that the ITU involved accelerating up to (I dunno) 60, 70 a few times, then downshifting to 2nd gear which would produce a cloud of nastiness out the rear tail pipe. I thought it was the downshifting that brought the RPM’s up to redline that did the trick?

You thought wrong. That’s common, and why I spelled it out.

Ah, I assume this procedure would be done in 2nd gear as opposed to the drive gear? I mean, who knows what triple digit speeds you’d be at in the 3rd, or 4th drive gear.

So, is it the rpm only that is important or is it the combination of rpm plus the torque being produced by the engine at the same time that is important. ie., would an italian tune up performed in first gear produce results comparable to one done in high gear?

On the XJ-S, you won’t be getting to within 500 RPM of redline in top gear unless you drive it off a cliff. Real men do it in 2nd, wussies do it in 1st.

Actually, either probably works, although it’ll probably take more rounds to get the job done in 1st gear as it doesn’t really load up the engine for long.

The point is high RPM at full load. Just revving the engine up without loading it up doesn’t do it. In a Honda Civic, the engine sees this kind of treatment just going to the grocery store and back. In an XJ-S, it’s only too common for engines to never see either full load or high RPM.

Ditto. The ITU does wonders for stuck rings on just about any gas engine that sits.

Last year a neighbor got a $3500 estimate to rebuild a tractor with low compression.

Mechanic took him aside and told him to plow a row under load. Problem solved.

Apologies dumb question, does an ITU work on a regular 5.3L or just the HE?

Another dumb question. What is the ITU?

ITU (Italian Tune Up), I thought I was corrected way back when on this forum, where it was only a problem solver on the HE engines not so much the earlier ones, or did I misinterpret this? If I remember correctly I believe it was Peter Crespin that pointed this out?

Italian tuneup is a slang automotive term for attempting to restore engine performance by driving a car at high engine speed (RPM) and load.

The term originated from Italian mechanics in the 1950s using this practice to burn off carbon deposits from the spark plugs of sports cars.[1][2] However, modern fuel injection and ignition systems have rendered Italian tuneups obsolete for that particular purpose.[1]

The practice is sometimes used prior to emissions testing, particularly for diesel engines.[3]