Recovering seats for a 1985 XJS

It’s done! I knew it was not something for just one weekend. But still I vastly underestimated the amount of work needed for just recovering the seats. Talks about doing a seat in one day sounded good to me but I think I needed at least 4 times the time.

When I bought the 1985 XJS from a high-temperature part of the USA, I saw the seats needed work. But I had hopes to preserve them, conditioning and repairing. But the leather was rock hard, even after three weeks with two times feeding them with reconditioning oil. Plus it already had some rips here and there, and a spot where it was rotted through. I did not know that could happen but I think it is what the sun did, high on the outside bolster of the drivers seat upright.
I inquired at three different upholster shops nearby to reupholster the seats. I also looked at the prices for new covers from Jaguar specialists. On my search heard of Lseats.com from persons who had used their covers. The fact that new covers from them, including shipping, were much cheaper than anything to be found this side of the ocean made me to order from them. Price was just under 400 euros for two covers, head rests plus the middle armrest cover.

The original seats only are part-leather, the surrounding parts are vinyl as is the armrest cover. What I got was all leather. Sowed to all of it it was a foam backed thin cloth. As the edges of the leather is glued to the frame and rubber diaphragm, I had to remove the foam/cloth from the edges.
Quite a lot of time was needed to unstick the old leather from its foams making sure the foam did not get rips. Some of these are Dunpillo foam, a very soft foam. I repaired tiny rips with superglue. The backrest frame has strips of Pirelli rubber webbing that also were rock hard. No elasticity in them, in fact I could breasily break them. A local uplosterers shop sold me a good length of strip, and I also asked for to fill me a big jar of glue. The strip was too wide so I cut it in half and in the correct lengths.
I was lucky to re-use all clips, springs and nails, also the foams were still good enough for re-use. I was able to repair the drivers seat diaphragm with superglue, tape and staples and exchanged this diaphragm for the passenger seat.

The recovering also took a lot of time as many parts needs to have the leather stretched and glued, before the other side is stretched and glued. I made up a construction with a small table, two wooden boards cut to size and part of a heavy iron H beam to press the glued leather inner edges to the diaphragm. I had to find staples just the right length. I was not easy replacing the head rest covers and making sure the underside was neat. This proved to be not important as the head rests are pressed firmly (and are kept there with a bolt) onto the the top of the back rest so the underside is never visible.

But it was all worth it. The seats looks so much better and are not letting the interior down. The covers do fit excellent. Yes they need a lot of work but I cannot imagine this ever being an easy task. Maybe the most work was the little middle arm rest. The underside of that is a plastic shell, which of course had its corners broken. But the main issue here was that the leather was just a bit too short, or so it seemed. I was just able to make it fit, by shaving off the top foam and removing the cloth/foam from the leather, and a lot of cursing.
That said, this arm rest cover really was the only piece I had difficulty with fitting it. The covers themselves are a perfect fit.

I will look with a different view to restored seats as I now know how much work there is in it. And to know I had an easy task because all hardware and foams could be reused. I cannot imagine how much work it has to be to make covers and foams from scratch without templates. 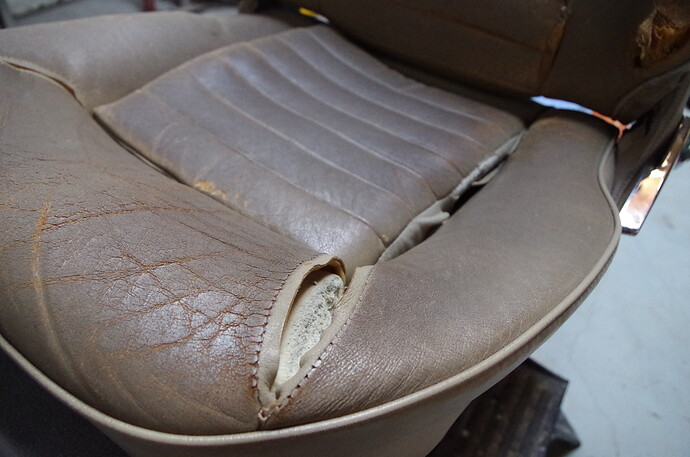 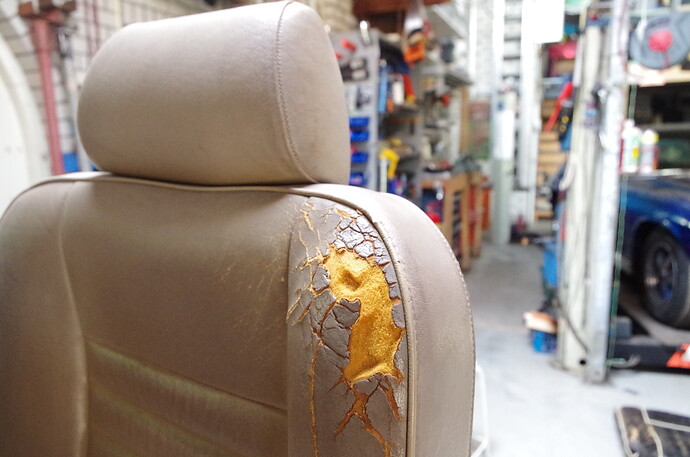 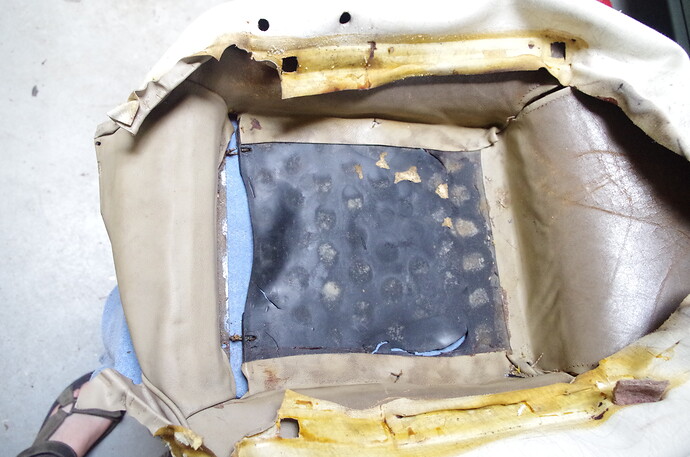 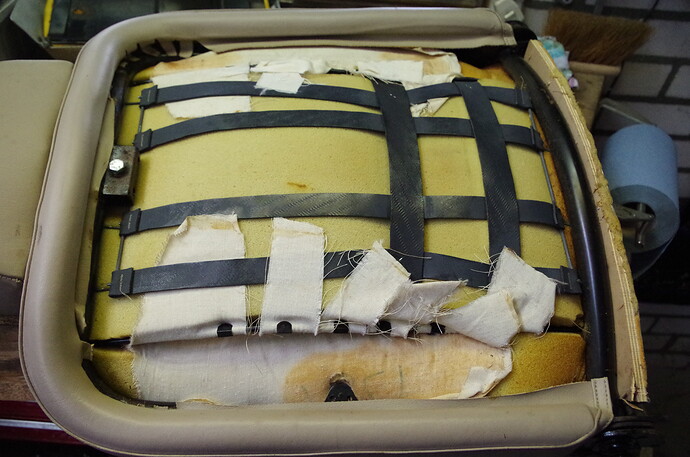 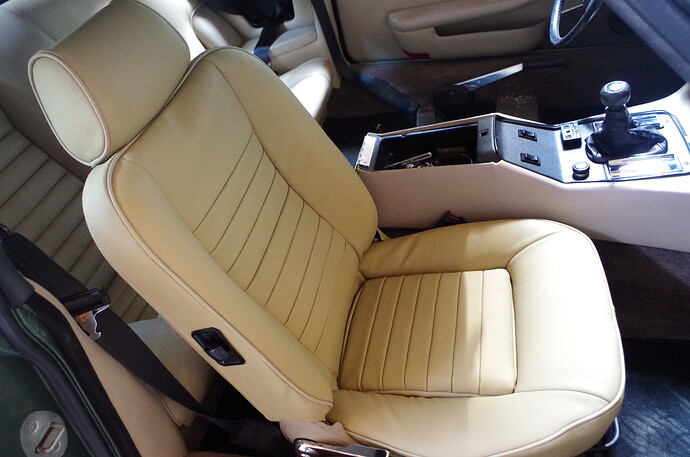 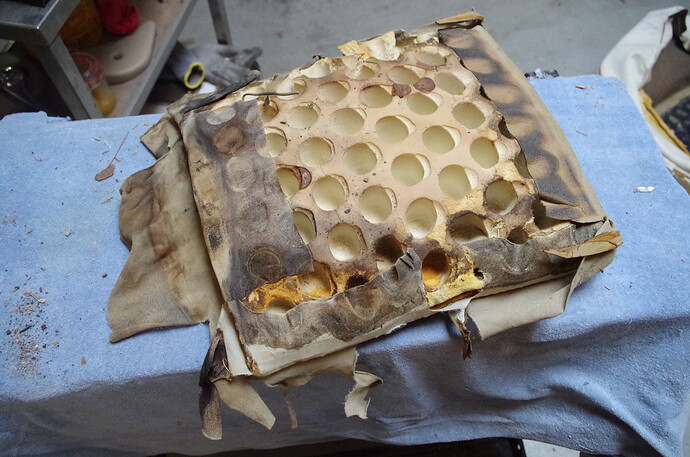 Welcome. And, well done. Well written and illustrated. Very satisfying to you, for sure. And fitting resource for the archives.