I’m attempting to remove an upper ball joint that’s be in place since the car was built (1969). I’ve tried a hammering on a pickle fork, using a ball joint separator while hammering the hb carrier adjacent to the ball joint as well as a pickle fork on an air hammer. All to no avail. Is it permissible to heat the area around the ball joint with a propane torch? BTW, what is the hub carrier made from? Is it steel or cast iron? Just how much wailing on it with a hammer will it take?

Have you used an impact wrench on that separator? The combination of ‘shock & awe’ with the nearly irresistible force of the jaws has worked for me.

The hub carrier is forged steel: it will take a hella hammering.

The most successful method Ive found, is to use a 4-pound ball pein hammer, and bang the snot out of the side where the taper bore is.

If you are not worried about reusing the old ball, whack the stem down a few times, too.

I have had a stuck one come free with an air hammer and pickle fork but never saw one that wouldn’t yield to that? You may need to use a screw type removal tool if it’s being that stubborn. 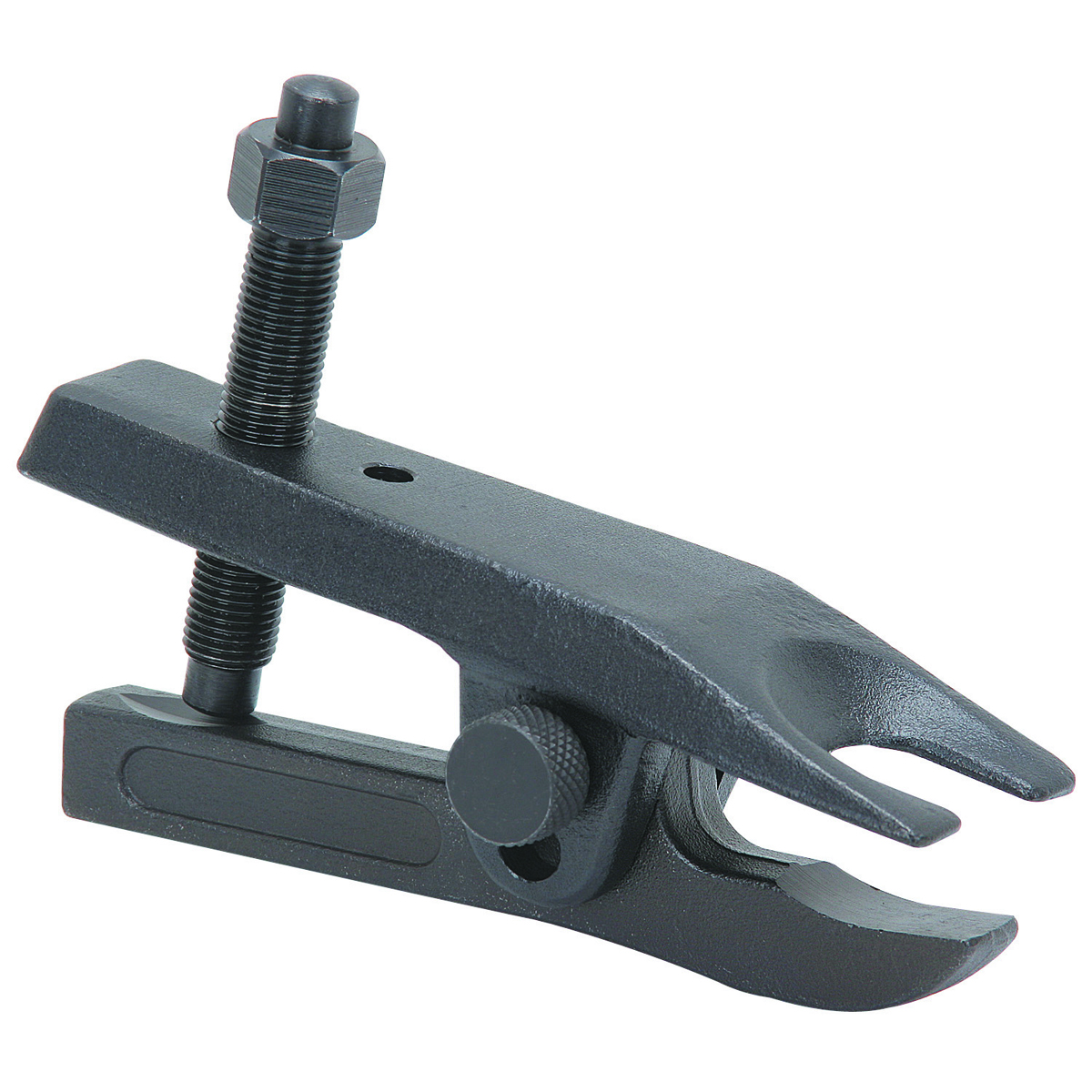 All I will add is the job is much easier done on the bench.

I have never once failed to get a ball-joint, or tie-rod end, to separate using two hammers - a LARGE, heavy hammer held securely against one side of the female piece (the upright, in this case), and a smaller hammer (like a small ball-peen hammer) whacking on the opposite side. Leave the nut screwed on a couple of turns, to keep the whole thing from coming apart when the taper lets go. WHILE whacking with the small hammer, use a long pry bar (perhaps held by a second person), to pry DOWN on the upright with as much force as possible. Don’t just hit it in one place, move around. Most times, you don’t even need to hit it all that hard, you just have the find the exact, right place to hit it. When you find that spot, it will magically let go. in 50+ years of working on old cars, I’ve never used a ball-joint separator, and only tried (with no success) a pickle fork a few times. The primary application of a pickle fork appears to me to be as a very efficient means of destroying the boots. The two-hammer method, performed properly, ALWAYS works.

Ray beat me to the post. I became aware of that method circa 1951. In college, I worked at a full service station. An old time mechanic did the heavy stuff. Big strong guy. BFH’s hs favorite tool.

Decades later, I use the puller plus impact method to pull a reluctant flywheel from an ancient Lausen one banger!!

Torque plus impact does a lot!!!

Heat won’t hurt. It will take a LOT of time with a propane torch to do any damage. Anyway, if you heat too long the ball/post will heat, expand, and defeat the purpose.

That HF separator is, without exaggeration, one of the most satisfying tools I’ve ever bought. I’m sure there are joints that won’t allow it to fit, but I haven’t come across one yet.

My dad taught me the two-hammer technique 30 years ago…there’s no doubt it works, but screw-type splitter is so easy…I’ve never had to resort to using anything more than a wrench on it, even while breaking down a Land Rover that had been ridden hard, and put away wet since the 70’s.

I have never once failed to get a ball-joint, or tie-rod end, to separate using two hammers - a LARGE, heavy hammer held securely against one side of the female piece (the upright, in this case), and a smaller hammer (like a small ball-peen hammer) whacking on the opposite side. Leave the nut screwed on a couple of turns, to keep the whole thing from coming apart when the taper lets go

Having just swapped 2 x 25yr old 4wd front suspensions, it was very satisfying to break the tapers with a beautifully-timed & viscous smack in the exact right place, backed by a sledge.

An assistant can whack on the top with a brass drift and hammer at the exact moment you strike the taper, if needed or possible.

the only time I have an issue is if space prevents me getting a good swing, my hands are also getting weaker too, you sometimes got to hit it as hard as humanly possible

The HF separator worked for me.

I didn’t want to use an impact wrench on the separator fearing. The separator is made from a cast material I wan’t too confident it would survive an impact wrench, of which I have several. In the end I used a bit of heat from a propane torch and a carefully applied smack from a heavy ball pein hammer. At that point the joint yielded.

My first lesson in auto repair–

When in doubt, give it a clout, if that doesn’t work get a bigger hammer.

I have a splitter like this in the tool box , not kind to rubber thou 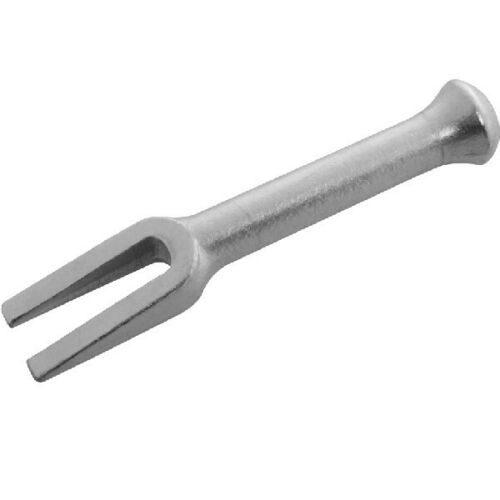 pickle fork. for our usa brethren

Found them to be… better prybars, than what they were ostensibly designed for.

Found them to be… better prybars, than what they were ostensibly designed for.

I’ve used them for both applications, successful in either office.