Had a bad IACV on my 4.0l 6 Cyl. Bought a new one. Old one did not have an Oring installed. there is no groove or inset for the O ring on either the new one or the old one. When I put the Oring on then the gasket and tighten the screws there is still a gap between the Valve and the gasket.Is this normal or should i leave the oring off or does it go on the other side of the gasket? Any assistance would be greatly appreciated.

I remember not seeing an o-ring with my OEM IACV when I took it off. I definitely used the o-ring when I put it back on…but perhaps my o-ring wasn’t as “stout” as the one that came with yours?

When you used the oring did you have it on the IACV then the gasket and then bolt it on. It just doesnt look like its right with a gap all the way around it between valve and gasket. Maybe I just need to tighten it down till there is no gap. Hope others chime in with more info.

There should be no gap there, throw in some photos. Idle control valve is threaded and seals on the flange - to the housing which seals with use of gasket to the manifold. Are we talking about the same thing?

IACV is not threaded. It is bolted to a housing bolted to the top of the intake manifold. I will take and post some pics later today. Still having an issue with rough idle, which is the reason for the new valve as old one was bad. Runs fine off idle but low idle is still rough. I will also be pulling and cleaning and checking throttle body again. I love this car but sometimes she just pitches a fit and demands attention.

Rough idle when engine is cold, or after warm up?

What RPM is she idling at?

IACV is indeed not threaded. I used the o-ring and tightened her down, just don’t strip the threads!

Are you referring to this bit: 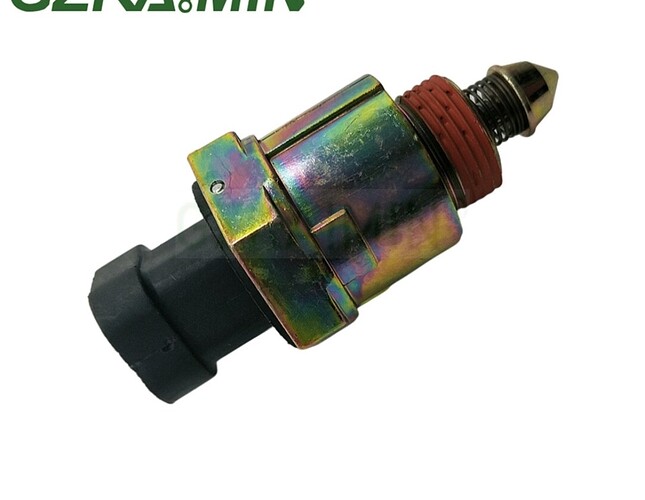 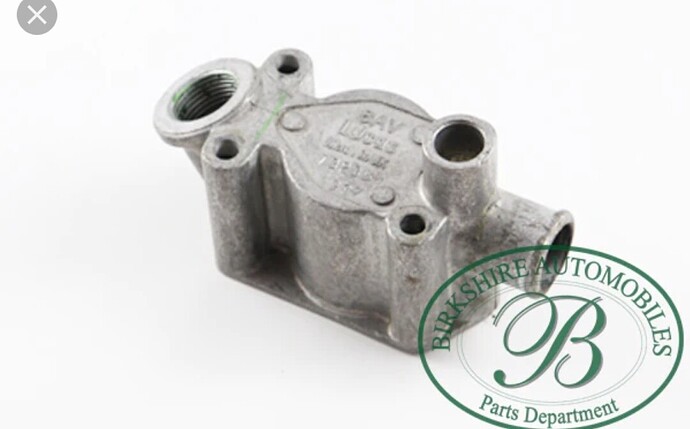 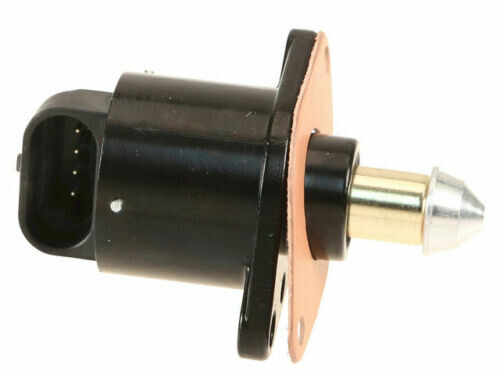 Interesting that it comes with a flat gasket…

As per your photo -I thought these were fitted in 94’ onwards, it seems that Dennis is having 93 version?

Wait for Dennis to confirm.

My 93 build has the one veekay shared. I dont remember an o-ring between the iac and intake, unless there was one in place of the flat gasket. I cant remember

Yes mine is a 93. It has the one Veekay posted. I was just wondering about the Oring. It just doesnt look like it should be on that one BECAUSE of the flat gasket. It is currently on the engine without it. Still have rough idle, both cold and after warm up, but very much improved off idle. Will be pulling Throttle body for a more thorough cleaning and check of the clearance between wall and butterfly. Will inform all how that works out.

There should be NO o-ring fitted on botl models shown above. There may be a aftermaket reproduction using o-ring instead of flat gasket but these would need to have static o-ring groove machined.

IACV is not a “golden boy” for idling issues I’m afraid. Personally - I haven’t seen IACV malfunctioning, only worn ones - somehow everyone thinks that replacing these will bring solution yo all yhe problems.

If after replacing what’s above the engine still struggles - disconnect and blank vacuum line going to the heater/blower system, check if all the unused vacuum ports on the inlet manifol/throttle body - are still blanked (not missing rubber caps/not having rubber caps deteriorated)

If you still cannot locate anything wrong, go by elimination method. Afterm warming up the engine - unplug MAF sensor and run engine without it to enforce ECU going into limp mode. It should run on slightly higher revs but smoothly. Repeat the same with ECU temperature sensor disconnected. You can also fit the resistor between temp sensor plug to emulate the stable engine temperature.

After all the above - you should go to physical cleaning/disassembly…

I have used the o-ring AND flat gasket for my IACV. A long time ago I smoke tested my intake assembly and the o-ring stopped smoke from coming out of my IACV. Did it solve any problems, I don’t think so. The problem I was chasing ended up being a faulty intake manifold gasket, which the smoke test did not reveal.

Anyways, BE CAREFUL removing the IACV. I believe it’s held in with two 5.5mm bolts. They will snap. I was able to remove one, but not the other and created a whole mess of work for myself, using timeserts to fix the hole I created when I had to drill out the snapped bolt.

Many have advised heating those bolts so that the loctite used to keep them in place gives way. You have been warned.

I do agree with xjsbanger that the IACV is rarely the cause of any problems, although they do fail from time to time, it is not common.

Janusz. Thank you for the suggestions. Replaced rotor and cap due to some cracks in rotor arm. Discovered in-op injector and replaced all. IACV was worn and replaced. Unable to find a vacuum leak even with smoke test. Will be Re cleaning throttle body today and will run the checks you suggested after re-asssembly. Will let everyone know results. Again thanks to all for the help.

Not sure you ever detailed the actual problems you are having? Rough idle? Cold engine, or only when she’s been warmed up?

Have you ever tried to fasten the manifold bolts a little bit? I’ve seen AJ6 engine where it resolved all the issues. Smoke test is useless, get the big can of jump start spray instead, just make sure you have co2 extinguisher nearby (less mess to clean up if something go wrong).
If the idle is rough on hot and cold - loosen/take off the alternator belt and give a try again for a short while - if better your alternator or water pump is causing the issue. As mentioned by elderly Vee above, knowing what you’re calling rough will help.
It seems however that your engine was badly maintained so you shouldn’t exclude anything - including compression loss…

I did have an idle hiccup every 32 seconds a long time ago. Threw every part I could at it. My local mechanic, and a Jag Specialist could not find the cure, although the Jag Specialist also wanted to throw a bunch of parts at it.

Even just recently I am having trouble with some high fuel trims. I did find two bolts that were not quite as tight as the rest. Lowered my LTFTs! Not all the way to zero, but it was progress.

It may be more apt to call it a miss at idle. When you put it in gear it gets really rough but smooths our under acceleration both slow and foot down. At this point Im investigating as i go along and doing minor touch up and adjustments. Repeating a lot of things I did upon acquisition in Aug of 2018 to get her running smoothly. Not throwing parts unless proven bad, just cleaning, etc. By the way I have done the spray around with starter fluid nothing found cold or hot.